It is hard to pinpoint exactly when as a child growing up that you become a caregiver to one's parents, but admittedly it's a funny, frustrating and occasionally difficult task. And when parents tend to branch out into more startling choices for their children, it can be strange to process for the children no matter how old. Such is the case in Beginners, where the main character finds himself coping with the decisions of his father late in his life and its potential effects on his own well-being.

Oliver (Ewan McGregor, Big Fish) is an artist in California who is mainly contracted for CD artwork for musical groups. Several years before, Oliver's mother died of cancer and shortly after her death, his father Hal (Christopher Plummer, Up) came out to Oliver and announced that he was gay. Hal eventually gets cancer and unfortunately succumbs to it despite various measures of treatment, and the film finds us with Oliver, several months after his death and with Oliver's dog Arthur. Oliver is still trying to cope with his father's death, even while he meets an attractive French actress at a party named Anna (Melanie Laurent, Inglourious Basterds). After an initial encounter during and post-party which might be part of the most engrossing and charming 20 minutes I've seen in recent memory, Hal's impact in Oliver's life is borne out in his future interactions with Anna. 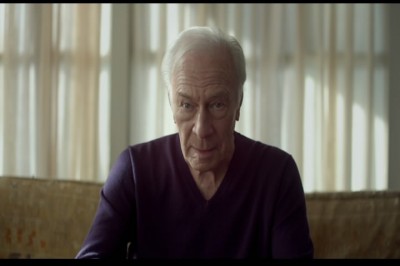 The film is written and directed by Mike Mills, in a follow-up to his 2005 film Thumbsucker. But more importantly, the film is based on his real-life experiences from his own father, who came out to Mills shortly after his mother's death and lived openly for several years before dying from lung cancer. While I discovered the latter after watching the film, discovering that the film was a personal effort in retrospect makes perfect sense, particularly when the viewer sees the differences between the eras between Hal's youth and Oliver at a similar age in the opening minutes of the film. Set to montage, these differences help set up what becomes an increasingly effective tool Mills employs when he returns to it periodically in the film. This serves not only to illustrate to an oblivious viewer the struggles that gay men have had to endure over the last half century, but serves as a catharsis to some degree for Oliver. The other barometer of this is Andy (Goran Visnjic, ER), Hal's boyfriend, who is more direct when it comes to addressing Oliver's frame of mind. Oliver doesn't readily come to turns with it until late in the film in what proves to be a touching moment.

Through the film, seeing Oliver's discovery of his father's secret life and how his mother Georgia (Mary Beth Keller) tolerated it, combined with flashbacks to a moment or two Oliver had with Hal, it serves as evolution of Oliver's perceptions about his father. One would think that when you hear that your father is gay (after hearing your mother has died) and has been for years, you might chalk it up to a wild swing in behavior. With Hal's revelation that he was gay before he married Georgia, while the sympathy for the concealment is there, part of me wonders if that was something that people "just did" in 1955, and Plummer's delivery of this to McGregor would seem to hint at it. Since we're on the topic of Plummer, his performance as Hal is impressive, with a mix of conviction, whimsy, resignation and strength that (for a guy in his '80s) should warrant recognition during the 2011 awards season.

Along with Plummer's turn, McGregor's work as Oliver might wind up being underrated, but shouldn't. He carries the events and memories in the film extremely well, and is effective in his scenes with Plummer, to say nothing of the conversations he has with Arthur, which make for pitch-perfect comic touches. The relationship with Laurent in the film is compelling, and in the opening moments when McGregor first meets her, her expressions and smile have a mix of coyness, mischief and beauty that would rival Audrey Tautou. You can't help but smile when she does, it's that infectious. 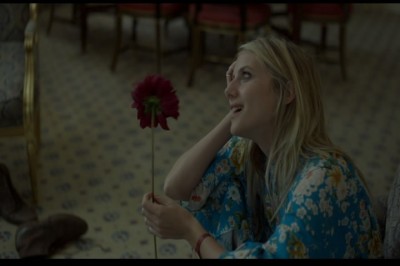 As Jamie Rich notes in his review, for some reason the film was (and still is, to a degree) marketed as a romance. To do so would be burying the lead on the story about a man looking at his father living live freely for the first time in his life in the time before his death, and within his subconscious, wondering why that couldn't happen within his life. It's less about love and more about living free on your terms, and Mills helps us see that in a stirring and emotional method.


Beginners is presented in 1.85:1 anamorphic widescreen and quietly looks very good. Shot natively in high-definition, the standard definition disc replicates the color palette well, with occasional brighter colors replicated vividly and without over saturation. There appears to be some moments of edge enhancement during sequences when Oliver is at work (set against a yellow wall), but they do not distract from the overall product, which looks natural and accurately reproduced. While this is one that would look good on Blu-ray, this version is nothing to sneeze at.


A word before proceeding with listening to this Dolby Digital 5.1 surround track: even by dialogue-driven film standards, this is a pretty quiet film. The initial meeting with Oliver and Anna is virtually silent, and dialogue tends to be muted at times. But the film's music (done by Roger Neill, Dave Palmer and Brian Reitzell) sounds clear and consistent through the film. Use of the subwoofer for low-end fidelity isn't required when listening to Beginners, and channel panning is scarce, to say nothing of directional effects. I'm sure that if called upon the soundstage could have been showed off, but there was no need. It was solid listening material.


Mills kicks things off with a commentary where he discusses his enjoyment of and past education from commentary tracks. From there, he gets into some of the technical parts of the production such as the lighting and shooting for a scene, and covers his intent on working on a set. He also points out what was written into the film and what were the semi-autobiographical moments, answering any curious questions (such as what Laurent was dressed up as for the party in the opening of the film), and how he worked with the cast he got. It is a smarter commentary track than I was expecting and well worth the time. 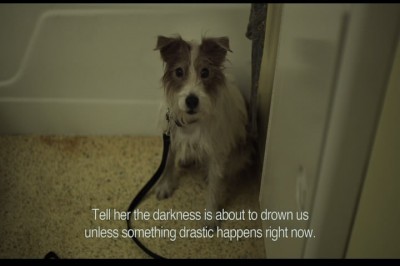 The only other extras on the disc are "A Short Film About Making Beginners" (14:33), where Mills elaborates on his process a little bit more, and the cast members discuss their thoughts on the material and on Mills as a director. There are occasional moments of between takes goofiness thrown in for good measure. There is a promo (1:02), presumably drawn by Mills, that serves as a trailer of sorts for the story in the film.


Beginners means a few things in this story, but its quiet way of retelling it packs a surprising emotional punch with it, and the performances are much better than expected. Technically the disc looks great, though there is some making up for things on the extras side (Note: when someone talks about some additional takes and does not include them on the disc? Boo indeed), but that shouldn't deter everyone from seeing this and laughing, crying and enjoying a superb sophomore film from Mills.