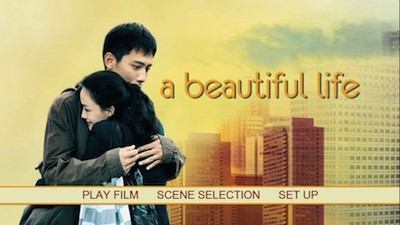 The Chinese movie A Beautiful Life is an unabashed, unpretentious romantic melodrama. Set in modern-day Beijing, it blends classic Hollywood tropes with disease-of-the-week Lifetime mawkishness, sometimes in ways that are very good and other times in ways that aren't so hot. Yet, even at its worst, it never fails to maintain an admirable sincerity.

Liu Ye (Curse of the Golden Flower) stars as Fang Zhendong, a kind police officer who lives alone with his mentally challenged brother, Zhenchong (Tian Liang). A Beautiful Life opens on a night when Dong is attending an engagement party for some of his friends. He is the odd man out at the event. His wife left him nearly a decade prior, and he has been alone ever since. Of course, his fate is about to change, because in one of the adjacent karaoke rooms, Li Peiru (Shu Qi, Three Times) is hosting a shindig for potential clients of the real estate agency she works for. She gets too drunk and vomits on Dong in the men's room. I guess there are worse ways to introduce yourself, but I can't think of one right now.

Dong gets Miss Li home and puts her to bed, resisting her drunken advances like the good guy that he is. It also doesn't help that she keeps talking to him like he's her boyfriend, a married co-worker who left her stranded. This night establishes a pattern of Peiru getting in trouble and Dong coming to her rescue, usually to his detriment. This girl--an immigrant from Hong Kong--is truly a destructive force. By midway through A Beautiful Life, she has bankrupted him and gotten him fired from the police force. She then pisses off back to Hong Kong, leaving him at his lowest. It turns out that a previous heroic act has left him with an ongoing brain bleed that is leading to memory loss and dementia. 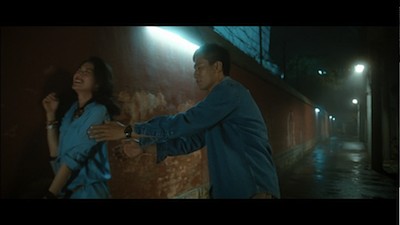 Surprisingly, the romance isn't over at this point, and when Peiru returns, she does so under her own emotional volition. There is a reconciliation, and a true love blossoms. Credit to writer Cindy Tang for tackling this moment head-on. The lovers deal with their problems and their pain honestly, and though they make up, it's not an easy fix. Tang has actually built a nice parallel structure to her script, offering an alternative example of uncomplicated, unconditional love to balance out the troubled road Zhendong and Li Peiru travel. Zhendong's brother falls for a mute shopgirl (Feng Danying), and despite their perceived problems, they find true happiness together. If they can do it, why can't Zhendong and Li Peiru?

A Beautiful Life is directed by Andrew Lau, who is probably best known for the bendy police thriller Infernal Affairs. Lau also serves as his own director of photography, and he has shot Tang's story with an elegant glitz that eventually crosses over into a more realistic palette as the characters' lives shift from the city to a more suburban, almost small-town existence. In many ways, the true throughline of A Beautiful Life is Li Peiru having to come down to earth. She is living a lifestyle that can't be sustained, and her marriage to the ailing Zhendong requires her to stop being selfish and prioritize what is truly important. Most American viewers probably know Shu Qi as Jason Statham's beard in The Transporter, though many reading of this will also know her from her breakout performance in Hou Hsiao-hsien's Millennium Mambo. The actress has striking features that she uses to her advantage when it suits the role, but she is also more than capable of pushing past that to show some real acting chops. Li Peiru's pushiness is merely a mask for her loneliness and depression. In one virtuoso scene, Qi gets to lay out everything Peiru is about in an extended, drunken monologue. Lau chooses to shoot this as an unbroken walk down a long alleyway, giving his actress room to balance the physical demands of her inebriation with the emotional catharsis of the words. A Beautiful Life is practically worth sitting through for that scene alone.

For his part, Liu Ye does a nice job playing the well-meaning doormat. In many ways, his function in the first part of the movie is to play a supporting role, and one major fault of A Beautiful Life is that it never allows him to step up as a true romantic lead. Things don't get better for him in the final quarter of the movie, either. I could have done without the whole last half-hour of A Beautiful Life, in all honesty. The focus turns to Dong's dementia, and the narrative grinds slowly as a result. The brain injury ends up being one element too many in a movie that already had enough going on, and it supersedes the passionate union we had otherwise been rooting for in the preceding ninety minutes. 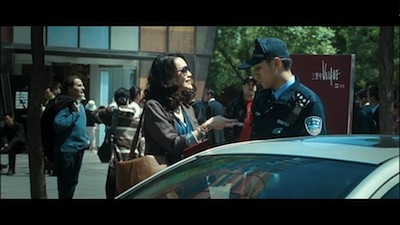 Video:
A Beautiful Life comes to DVD as a nicely rendered widescreen image. The resolution is sharp and the colors well balanced, allowing for both the shiny neon of Beijing and the more gritty aspects of average Chinese life. The surface image is clean, and there isn't really any evidence of blocking or pixilation, though you might see some occasional interlacing.

Sound:
There are two audio options to choose from. The Mandarin-language soundtrack is mixed in both 2.0 Dolby and 5.1 Surround. The multi-channel track sounds really good, with realistic sounding atmospheric effects that work front and back speakers in effective ways.

There are optional English and Chinese subtitles. The English translation gets the point across, but it is not without its problems. In more than one instance, the syntax and/or grammar is bit odd. Nothing that is too confusing, but when you hit the wrong word, it can be jarring.

FINAL THOUGHTS:
Recommended. Though far from a perfect film, A Beautiful Life is an effective one. Director/cinematographer Andrew Lau and writer Cindy Tang are trying to tell a modern love story, where characters bring their baggage to their relationships and are forced to deal with their own foibles, insecurities, and even physical maladies. Though the narrative can sometimes be overloaded and maybe focuses too much on a tragic turn in the final quarter, it is still worth watching for the honest emotional engagement of its two fine lead actors, Liu Ye and Shu Qi. 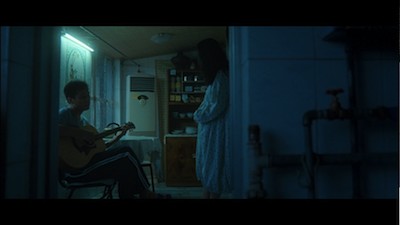