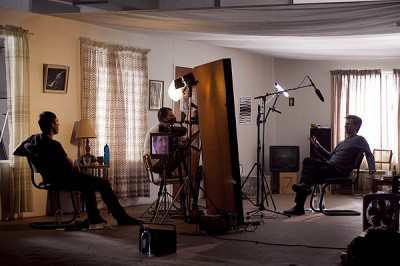 Last year, Ben Steinbauer released a documentary called Winnebago Man. The movie began with his obsession with a viral video starring a guy named Jack Rebney, an RV salesman with a particularly colorful flair for language. Steinbauer sought out Rebney while also looking into how the outtakes from a specialized instructional video became an international internet sensation. Winnebago Man struggled with ideas about privacy and the audience's complicity in a scenario that is arguably more "laughing at" than "laughing with." In the end, it came up short.

Now we have Shut Up Little Man! An Audio Misadventure, another documentary about an underground phenomenon, but one with a far more compelling story and a clearer purpose. Filmmaker Matthew Bate reaches farther back, resurrecting the cult of Pete and Ray. Pete and Ray were two older alcoholics living in San Francisco in the late 1980s. They would drink all day and have monumental shouting matches at night. Pete was a homosexual, Ray was a homophobic redneck. Their tiffs would regularly descend into Pete shouting, "Shut up, little man!" Thus, a catchphrase was unwittingly coined.

These private arguments became public comedy when two Midwest punk rockers moved in next door to Pete and Ray. Mitchell D. and Eddie Lee Sausage. The pair were initially freaked out by their combative neighbors, and they allege that they began recording the fights after Ray threatened to kill Eddie. (With that name and Eddie's hair...well, can you blame the old fart?) This fear quickly subsided, and the fights became an ongoing joke. Eddie and Mitchell recorded hours of the verbal abuse that Pete and Ray hurled at one another, and they began sharing it with friends. Those friends copied the tapes, and the people who got those tapes copied them, and so on. Eventually, there were CDs, the material was sampled by bands like Devo, someone wrote a play, and Eddie put a comic book together. "Shut Up, Little Man" became its own industry. 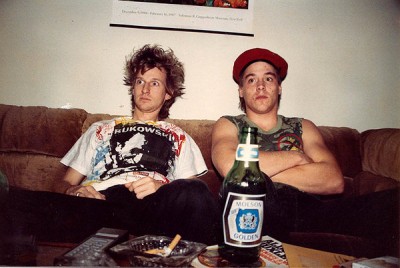 In addition to examining the story of how the tapes came to be, Bate gathers together fans and admirers of Pete and Ray to talk about how the material reached them and what was done with it. Naturally, once there was money to be made, a lot more hands reached in for a slice of the pie. Bate slowly starts raising issue with the ethics of such endeavors. It's one thing to invade the privacy of others for your own amusement, but what happens when you start commodifying other people's misery? Intellectual property is already a foggy topic, but it gets even murkier when it's real lives being divvied up. When does it stop becoming voyeurism and become art? Gregg Gibbs, who wrote the play Little Man, Look at What You've Done Here, suggests it's when you take the found material and start doing something with it of your own; Mitchell and Eddie think it's simply finding it, packaging it, disseminating it, nothing more. The art is there in the documentation.

The legal and moral quagmire that Bate wades into in Shut Up Little Man! An Audio Misadventure is a fascinating and tangled one. Mitchell and Eddie originally had an open copyright on their tapes, but they quickly stamped a big (C) on the label once others caught on. Multiple movie deals were tossed around with various parties all claiming "ownership" of the idea. Some of the participants speak on camera here, others can't even be mentioned by name due to ongoing legal wrangles. (Get ready for a parade of overgrown teenage boys in need of a stylist. Even hipsters will cringe.) A queasiness settles in as fingers get pointed and defensive justifications of exploitation emerge. Eddie Lee Sausage is still living off of these tapes twenty-five years later. He even sells copies of Pete and Ray's death certificates. His ghoulishness is only overshadowed by his mock nobility. After all, he's just giving the public what it wants....er, right?

Perhaps where Bate goes right with Shut Up Little Man! An Audio Misadventure and where Steinbauer got it wrong with Winnebago Man is that Bate is actually concerned with making Pete and Ray--and their one friend, Tony, who is still alive and is cajoled by Mitchell D. into an uncomfortable on-camera interview--into actual human beings, where Steinbauer really wanted Jack Rebney to remain a caricature. The most disturbing sequence in Shut Up Little Man! is when Bate shows his commentators a video of Peter Haskett, living in a one-room hovel in the mid-1990s, being informed of his infamy. It's a lot for the besotted drunk to take in. Of all the people watching this on screen, only one seems to embrace his implicit guilt in the exploitation. The rest prefer to keep Pete and Ray in the abstract.

I suppose it's a credit to how crafty a storyteller Matthew Bate is that, of all the people who are involved in telling this tale, it's the ones who get the least say that emerge with their humanity intact. Regardless of their conflicts, and despite all the things we still don't know about the duo, we do know that they were friends. In a way, Shut Up Little Man! An Audio Misadventure gives Pete and Ray the last word, and Bate's final shots pay tribute to the men who unwittingly entertained so many by imagining them, in their own way, as happy. 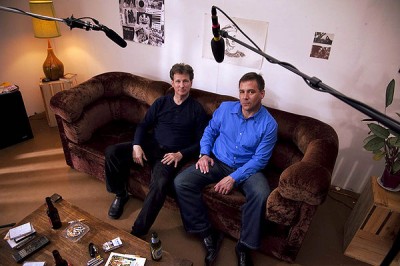