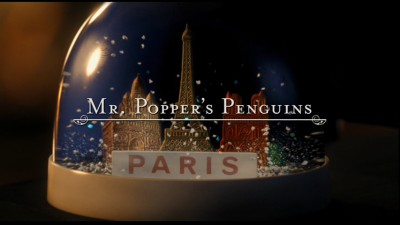 As far as adaptations go, Mr. Popper's Penguins is a fairly charmless imagining of the classic children's book by Richard and Florence Atwater. Jim Carrey grins and bears it as Thomas Popper, a Manhattan businessman who inherits a rookery of penguins from his absent, adventurer pops. Director Mark Waters' disposable comedy insists on forcing its overworked hero to re-evaluate his priorities, but its storytelling is average at best. Loaded with gross-out gags but lacking relatable characters and an interesting plot, Mr. Popper's Penguins is only for the youngest of viewers. 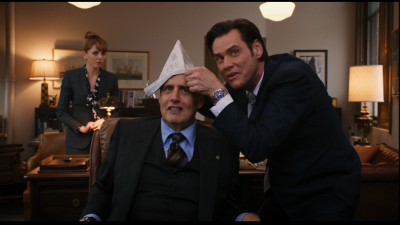 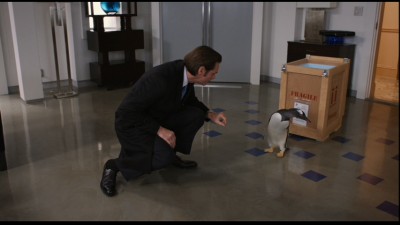 After spending his childhood waiting in vain for his world-traveling father to return home, Thomas Popper grows up to become a skilled property closer. Before he can take over a partner's office, Popper is tasked with buying the famed Tavern on the Green in Central Park from stubborn owner Selma Van Gundy (Angela Lansbury). Popper also must deal with the six penguins that arrive on ice at his doorstep; a gift from his recently deceased father. The only ones pleased to see the tuxedoed birds are Popper's kids, Janie (Madeline Carroll) and Billy (Maxwell Perry Cotton), who live with Popper's estranged wife, Amanda (Carla Gugino).

"Mr. Popper's Penguins" is a beloved book, but, when considered on its own, it is a bit thin to support a movie adaptation absent some additions. Waters (Mean Girls) directs from a screenplay by Sean Anders, who also wrote the bawdy time-travel comedy Hot Tub Time Machine. The screenplay gives Popper his restaurant-buying orders, but even that feels dated since Tavern on the Green closed in 2009. The supporting characters are wafer thin and uninteresting. Popper's not-quite-ex-wife is gorgeous and patient, but his kids are whiny and boring. Popper doesn't seem to have any hobbies or other friends, but he does have a swanky downtown apartment that the penguins ruin. 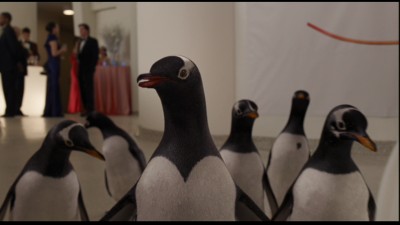 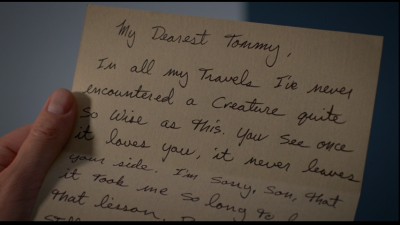 What Mr. Popper's Penguins lacks in interesting characters, it makes up for in penguin poop jokes. The sight and sounds of this act are not funny the first time, but the movie repeats the gag several times. Most of the six birds get names unique to the film - Captain, Bitey, Stinky, Lovey, Loudey and Nimrod, if you care - but their personalities are hardly differentiated. The film uses a mix of CGI and live penguins, and the birds actually look pretty good during the several action scenes. Penguins are kind of cute, but the film makes them little more than squawking shit factories.

For someone stiffed by an absentee father, Popper quickly makes the same mistakes with his own family. He knows next to nothing about his kids, and his best and possibly only memories with his wife are from their first date. It is hard to care whether or not Popper succeeds at work, and his family is too generic to earn much sympathy. Carrey does his best with the material, but his traditional comedy schtick becomes grating by the finale. The happy ending is inevitable, but Mr. Popper's Penguins barely tries to throw its hero off course. The only villain is Nat Jones (Clark Gregg), the penguin expert at the New York Zoo, who wants to take Popper's penguins so he can sell them to private buyers. 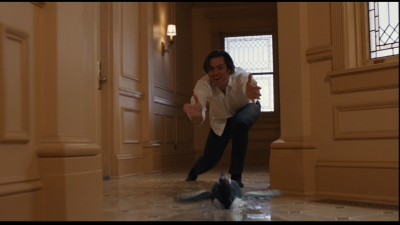 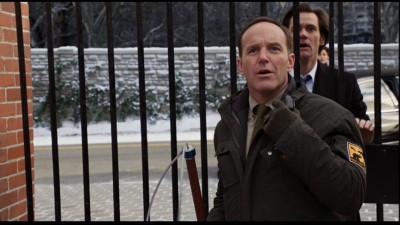 Mr. Popper's Penguins turns up its nose at its classic source, and quickly warps the book into a crass, empty holiday clunker. The film is cloying and overbearing, and should have focused more on execution and character development. Carrey's charm can only carry Mr. Popper's Penguins so far, and even its Antarctic fowl are brash and irritating. 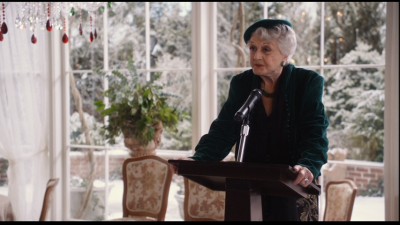 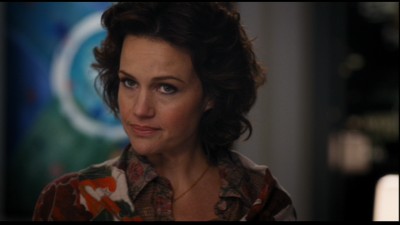 Fox's 1.85:1/1080p/AVC-encoded transfer is appropriately slick and detailed, as the film was shot with an ARRI Alexa digital camera. Detail is uniformly excellent, and each scene shows great depth and texture. Contrast is spot-on, as are black levels. Colors are rich and perfectly saturated, and the streets of New York are impressively rendered. There is no mosquito noise, motion blur, haloing or noise reduction to be found, and, outside some minor shimmering, there are no problems to report with this transfer.

The film's 5.1 DTS-HD Master Audio soundtrack supports the rambunctious film with plenty of directional effects and surround action. Dialogue is clear and crisp, whether it comes from the center channel or the surround speakers, and the annoying penguin squawks come through loud and clear. Action and ambient effects are impressive. The surround and rear speakers come to life when the penguins run wild at the Guggenheim Museum and waddle through Central Park, and the effects put viewers amid the busy Manhattan streets and inside Popper's apartment. The score is also impressively deep, but it never overpowers the action. Fox also includes an English DVS track and French and Spanish 5.1 Dolby Digital tracks. English SDH and Spanish subtitles are available.

Mr. Popper's Penguins arrives as a three-disc set that includes the Blu-ray, a DVD copy of the film and an iTunes-compatible digital copy. The hinged Blu-ray case is wrapped in a glossy slipcover. The movie is a dud, but Fox includes an assortment of extras anyway: 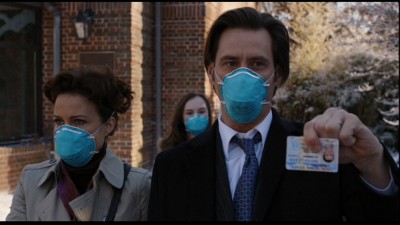 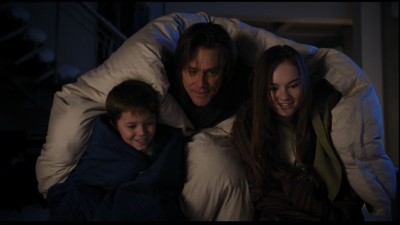 Obnoxious, heartless adaptations of children's stories like Mr. Popper's Penguins are always disappointing. Jim Carrey talks to himself a lot as Thomas Popper, a New York City businessman who inherits six penguins from his dad. While dealing with the Antarctic birds, Popper learns to appreciate his family and fights a villainous zookeeper in this banal comedy. The characters are thin, the payoffs unearned and the humor rarely rises above the penguin-poop variety. Unless you're five years old, Skip It.