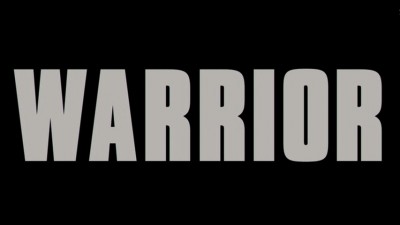 Two estranged brothers from a broken home and their recovering alcoholic father are thrown together again when the boys enroll in the same mixed martial arts tournament. The story at first glance sounds tired, but Warrior, from director Gavin O'Connor (Pride and Glory), is anything but. The performances from Tom Hardy, Joel Edgerton and Nick Nolte are top notch, and Warrior is a tough, moving film about imperfect people making amends for past misdeeds set against an exciting, brutal sport. 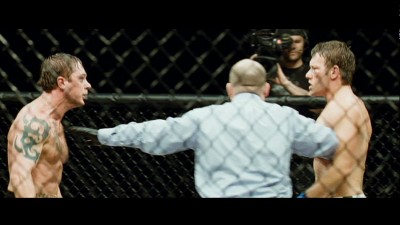 Brendan stuck with his father and married his high-school sweetheart, while Tommy left with his mom and ended up a U.S. Marine. After returning from Iraq several years later, Tommy finds his father sober and still in occasional contact with Brendan. Paddy agrees to again train Tommy to compete in a mixed martial arts tournament without knowledge that Brendan is doing the same to make some extra cash. The boys have not seen each other for years, and Tommy hates Brendan for leaving him as a child.

Warrior could have easily been a sappy, paint-by-numbers sports drama where everyone hugs and makes up. While it is not above a few dramatic clichés, Warrior instead is something far more moving. It is often hard to know whether or not to root for the three leading men. Each has his demons and has made mistakes. Paddy cannot change the years of drunken behavior and does not expect his boys to forgive him. Tommy left to protect his mom, who died young, but got hooked on pills and the same liquid spark that fueled his daddy's violent rage. Brendan got married and started a family, but barely looked over his shoulder for Tommy.

Edgerton and Hardy gained some recognition recently with Animal Kingdom and Inception, respectively, and would be well known today had more people seen Warrior in theaters. 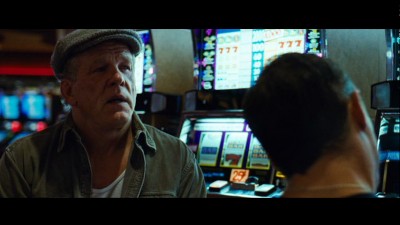 Edgerton did some fighting in his youth, and he completely sells the physical aspect of his performance. His dramatic chops are present, too, and he naturally embodies the roles of father, teacher and brawler. Hardy, who is primed to explode as villain Bane in the upcoming The Dark Knight Rises, gives Tommy the swagger and no-bullshit attitude of a hustler without overshadowing the scars of his past. The brothers run into each other on the Atlantic City beach on the eve of the tournament, and the tension in the air during their first moments together is electrifying. Nolte is something else entirely, with his gravel-road, three-packs-a-day growl. The actor allows Paddy to take abuse and to give it back, and shows a raw, open side of himself previously guarded. Paddy knows he can only move forward, which Nolte may know something about, and the performance is one of the year's best.

Mixed martial arts is not the backbone of many films, and its exciting, chaotic nature makes it a worthy anchor for the heavy drama. Brendan takes things slowly, absorbing brutal punches until his opponent is tired and vulnerable. Tommy steps into the ring and knocks the other fighter out with one punch. O'Connor manages to make the training important without overshadowing the familial strife, and even the obligatory montage is well executed. The film saves most of the fighting until the tournament, where the matches are well edited and nicely paced.

The performances alone make Warrior a must-see film. The rare sports drama where the out-of-ring struggles are as compelling as the regulation fights, Warrior takes characters with common vices and forces them to reckon with the past. The bond between brothers is something sacred, as is the strength of a father figure. Warrior is raw and relatable and deserves to find an audience on Blu-ray. 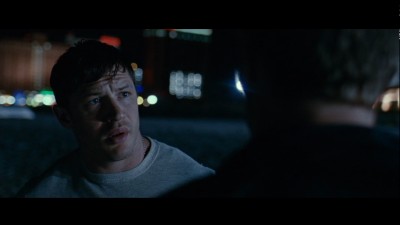 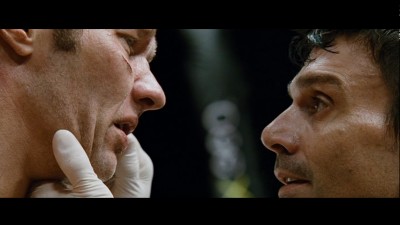 The 2.40:1/1080p/AVC-encoded transfer from Lionsgate matches the stark, gritty tone of the film. The image can be quite grainy, especially in dark, outdoor scenes, but this only adds to the image's film-like texture. Sharpness is generally excellent, and scenes show nice depth and clarity. Every detail of the fights, from the sweat on the fighters' brows to the roaring crowd, is visible, and the image is boldly textured. Colors are cool and run toward blue, brown and grey, but skin tones are perfect. Black levels are solid, and digital tinkering is not an issue.

The Blu-ray includes two separate lossless mixes to better match viewers' equipment. Both the 7.1 DTS-HD Master Audio track and the 5.1 DTS-HD Master Audio track are very impressive, with the 7.1 mix standing out slightly with its better separation in the rear speakers. Dialogue is crisp and clean and expertly integrated into these active mixes. The surround speakers work overtime during the frenetic fights, with crowd noise coming from all around and punches panning the sound field. The range is quite impressive, and scenes of quiet contemplation and moments of knock-down outrage are equally impressive. The score is rich and appropriately layered, and the tracks make great use of directional dialogue and effects. An English Dolby Digital 2.0 track is also included, as are English, English SDH and Spanish subtitles.

Warrior arrives as a two-disc set housed in a Blu-ray eco-case. Included are the Blu-ray, a DVD copy of the film and a code to download a digital copy. A slipcover is included with first-pressing copies of the Blu-ray. Lionsgate provides a mountain of extras that take advantage of the high-definition format: 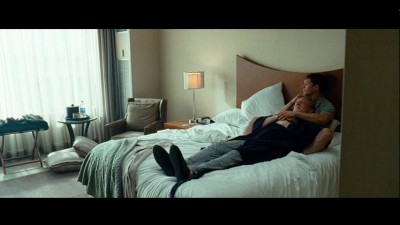 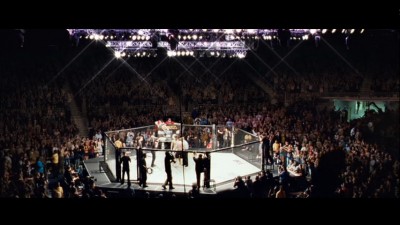 Actors Joel Edgerton, Tom Hardy and Nick Nolte give ace performances in mixed martial arts drama Warrior, in which two estranged brothers and their alcoholic father are reunited for a tournament. Warrior is a rare sports story with true grit and heart, and its characters are complicated and imperfect. The acting is top-notch, the drama affecting and the MMA action invigorating. Warrior is a winner, as is Lionsgate's Blu-ray, which is technically excellent and sports a solid selection of bonus features. Highly Recommended.