Fox // PG-13 // January 10, 2012
List Price: $29.99 [Buy now and save at Amazon]
Review by Gerard Iribe | posted February 19, 2012 | E-mail the Author
The Movie: Here's a film that threw everyone off a bit. There be dragons? If you want to get technical the phrase is actually "Here Be Dragons," but it was modified a bit for the film. The phrase was used to denote dangerous or unexplored territories, in imitation of the medieval practice of putting sea serpents and other mythological creatures in uncharted areas of maps. There Be Dragons sounds fine to me. Just think of it as an allegory and you'll be okay.

There Be Dragons takes place in Spain in the early 80's, but in actuality has its roots firmly planted during the rise of the Spanish Civil War. Robert Torres (Dougray Scott) is a journalist who is given the assignment of a lifetime. He is to write a book about Josemaria Escriva, the founder of the Opus Dei. Robert's ailing father Manolo (Wes Bentley) was a childhood friend of Josemaria and asks him to write about someone else, because he does not know what he's going to get himself into. There's an obvious strain on the father and son relationship and Robert thought that this would somehow bring them closer together.

We flashback to the early part of the last century where childhood friends Manolo and Josemaria play together and even work together, but they are not of the same class. Manolo is poor and Josemaria's father owns the chocolate factory that they both work in. Soon after, Josemaria's father loses the business and forbids his son to hang out with Manolo, because "poverty is contagious."

As the boys grow older and due to unforeseen and devastating circumstances, both young men decide they want to be priests. This leads to the boys trying to outdo one another to see who would become the better priest. Manolo takes to the violence and Josemaria takes to turning the other cheek.

Time passes by and Josemaria becomes a priest and Manolo goes to work for the Fascists as a Communist spy. This is the crucial point where we are separated from Josemaria and Manolo's character for the most time. We'll follow Josemaria as he runs and hides from the mobs as killing priests has been too common a thing in the streets of Spain, and Manolo focuses his efforts on the beautiful Hungarian freedom fighter Ildiko - she fights for the Communists and is also in love with their leader Oriol, played by Xerxes himself, Rodrigo Santoro.

Yes, they had to throw in a love triangle in there. It works for the most part. I've always found Olga to be very beautiful, but I didn't even know it was her until the end credits rolled. It was also great to see Rodrigo Santoro in a film like this. He fit the part of the Communist leader very well.

Now there are a couple of things that have to be clarified about There Be Dragons. It is not a film that panders to the religious right and it does not beat you over the head with perceived messages. In fact, the only thing that I was able to recognize was the whole whipping one's self in the back like in The Da Vinci Code. It made me chuckle a bit, because it reminded me of an angry albino hitman monk played by Paul Bettany who had a proclivity to a cat 'o nine tails, but I digress.

I know of the controversy that the Opus Dei section of the Catholic Church brings, but I didn't feel that it was beaten over the head as I watched the film. Charlie Cox plays a very likable character and one that you root for throughout the entire film. Manolo is the jerk, but you sympathize with him as well, because he has also gone through so much pain in his life that the path he takes later in life isn't really much of a surprise at all. I think the writer-director Roland Joffe has done an admiral job in bringing such a rich story to the screen.

The overall themes in There Be Dragons have really nothing to do with any religion. They are basic human emotions that every human being has to deal with at some point in their lives. You also have to keep in mind that There Be Dragons takes place during the Spanish Civil War when it was literally brother versus brother.

That's enough praise. Let's get to the bad. The accents. Yes, there are many great actors in the film, but they are not Spanish. Everyone involved has a Spanish accent, though. The dream of a film like this would be to make the film in Spanish with English subtitles, but then again, you wouldn't be able to get a cast like this. The same thing was done in Frida a few years ago. It's a small nitpick, but shouldn't distract you too much. Go in there with an open mind and I think you will enjoy the film as much as I did. 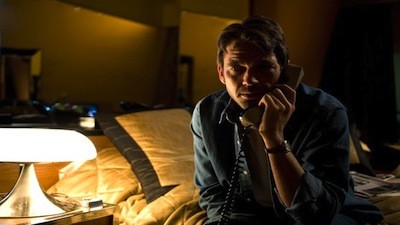 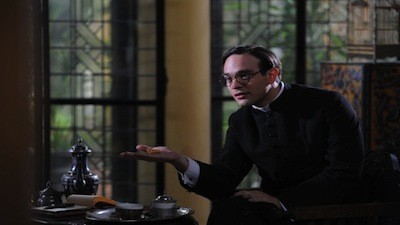 Audio: There Be Dragons is presented in DTS-HD MA 5.1 lossless surround sound. The Blu-ray contains English SDH, and Spanish subtitles. What a way to compliment the stellar video specs than by having a stellar near reference lossless audio track. You'd think that there were actual dragons in the film while watching it. Dialogue is clear, crisp, and consistent and easily audible during scenes of conflict and destruction. Gunshots, explosions, and whatnot are handled perfectly at all times. The LFE (subwoofer) channel definitely gets a work during scenes of warfare. 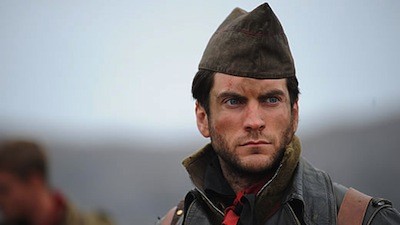 Extras: For being such a rich film that takes you on a whirlwind trip of self discovery, bravery and meaning, the supplemental package leaves me wanting more. Then again, what we do get is pretty substantial nonetheless. There's a very cool and eye-opening interview with actor Wes Bentley who unbeknownst to me was a hardcore drug addict and alcoholic who had an epiphany while making the film and became clean and sober during the shoot. I can usually tell when a celebrity blows smoke up people's asses and can tell that Wes was very serious and forthcoming when he was explaining what he had been going through for many years. It runs almost four minutes, but demands your attention. There Be Dragons also has 30 minutes of deleted scenes. I'm one of those that demand more in my film and if it means having a 3-hour cut of something then I shall have it. I'm glad There Be Dragons was only two hours long, because if they had included the 30 minutes of deleted scenes in the film, it would have lost its impact, because the scenes grow redundant and would have thrown the pacing way off. 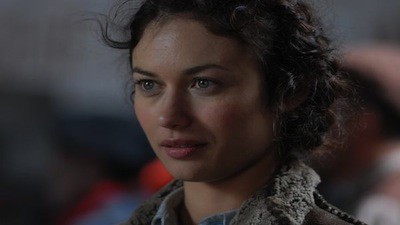 Final Thoughts: So there aren't any actual dragons in There Be Dragons, but the topics covered make it a tour-de-force of a film that it really doesn't matter. In fact, if you failed to see the allegory in the first place then you really can't blame the film can you? Wes Bentley, Charlie Cox, Dougray Scott, and Olga Kurylenko are great in their respective parts. Joffe's direction is assured and his script is solid. It will keep history and war buffs entertained along with those who just want a nice dramatic tale. The video and audio specifications are top notch, but the lack of extras do hinder the release a bit, although what is presented is of quality. There Be Dragons is highly recommended!