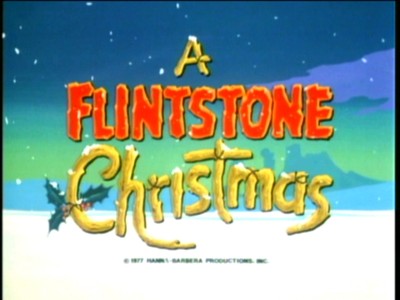 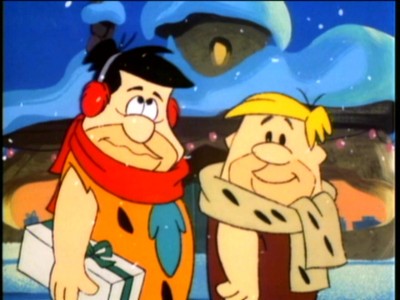 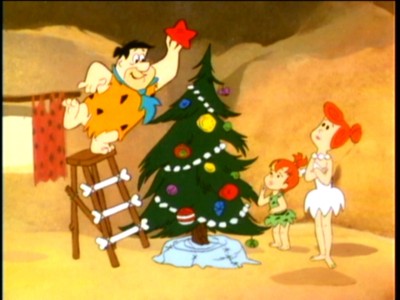 Directed by Charles August Nichols (Disney's Pinocchio, The Jetsons, 1973's Charlotte's Web), and written by Duane Poole (everything from Hart to Hart to C.H.O.M.P.S to Smurfs to Surviving Gilligan's Island: The Incredibly True Story of the Longest Three Hour Tour in History) and Dick Robbins (everything from Big Shamus, Little Shamus to Electra Woman and Dyna Girl to Scooby's Laff-A Lympics), A Flintstone Christmas is a rather sweet effort from the days when H-B ruled the networks' animation roosts with unchallenged authority. Playing off the old wheeze of having a "civilian" help out Santa by delivering his toys, A Flintstone Christmas has a solid underpinning to its Christmas story, built on the welcome, familiar conventions of the original series (Fred's a blowhard crouch, Mr. Slate's a bullying boss, Wilma's a dismissive but loving wife, Barney's a goofy, loyal friend). Admittedly, it's always been a little disconcerting for me to hear Henry Corden do Fred's voice (I always see his distinct face first in my imagination), but as later Flintstones efforts go, this one is bright and fast-moving (at 48 minutes). A couple of the songs are quite cute, including the opener, Which One is the Real Santa Claus?, and the lovely Hope (which is re-purposed in Yogi's First Christmas), while the gags are solid (of course there's a classic Flintstones bit where an exhausted bird, acting as Mr. Slate's intercom, looks at the audience and shrugs, "Eh...it's a living."). 70s pop culture enthusiasts will laugh at the inclusion of the brief CB phenomenon here (Santy apparently has his ears on), while H-B fans will like the elaborate (for H-B, at least) design of Santa's workshop. Best of all, there's a sweet, well-designed final image where Wilma and Betty chastise the boys for their childish imagination (so what else is new in Bedrock?) while Fred and Barney run to the window to watch, with Pebble and Bamm-Bamm, the flyover of the real Santa as he heads back home. A perfect little stocking stuffer for those nostalgic for vintage H-B specials. 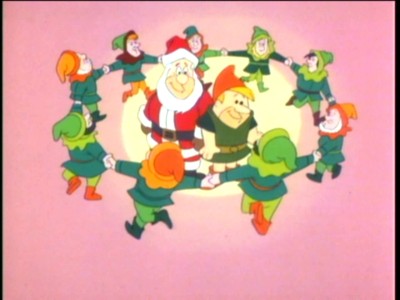 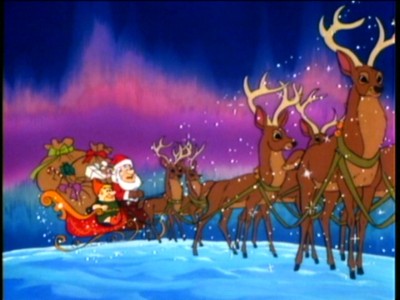 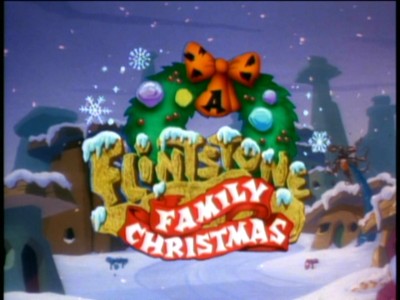 As Fred Flintstone (voice talent of Henry Corden) and his wife Wilma (voice talent of Jean Vander Pyl) await the arrival of their grown children Pebbles and Bamm-Bamm for Christmas, Fred and neighbor Barney Rubble (voice talent of Frank Welker) are mugged by a streetcorner Santa. Arrested by the police, Santy turns out to be punk kid Stoney (Christine Cavanaugh), a "caveless" youth in and out of foster care. When the Flintstones are told Stoney will go back to jail, Wilma decides to spread a little Christmas cheer and have Stoney stay with them. But trouble starts immediately as Stoney tries to acclimate to his new surroundings, with Fred winding up in jail for his foster parenting efforts. 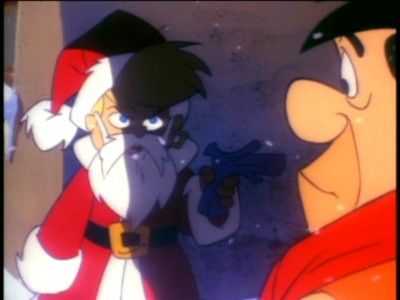 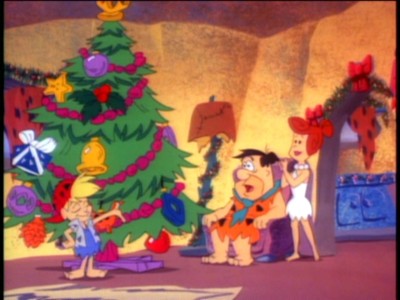 Off-putting junk...and it's not even funny. By 1993, it was at least even money that anytime you tuned into some special like A Flintstone Family Christmas, where an old franchise was revisited and helpfully "rejuvenated" for a new, younger audience, a cynical, mocking, sardonic tone would be found. And sure enough, that's the vibe here with this unfunny exercise. Granted, that could have been partially forgotten or forgiven if A Flintstone Family Christmas had at least been funny, but with a paucity of gags and some inappropriate one-liners, the special just lays there, entertaining no one and offending parents who don't appreciate the lame stabs at humor. Directed by veteran animator/director Ray Patterson (Dumbo, Fantasia, Tom and Jerry, Spider-Man), and written by Sean Roche (Yo Yogi!, The Real Ghostbusters) and David Ehrman (Lie To Me, Captain Planet and the Planeteers), A Flintstone Family Christmas gets into the spirit of an old-fashioned Griswald Christmas by throwing out jokes about gang violence ("Another drive-by stoning last night...."), serial killers ("Oh, sure...and maybe we can see if Charlie Mansonstone wants to come for New Year's"), and prison rape ("Never slow dance with a guy named Bubba") without hesitation. Why in the world did anyone at ABC think such material was appropriate for a little kid's Christmas special? Oh, that's right...it's ABC. Never mind. And never mind A Flintstone Family Christmas. 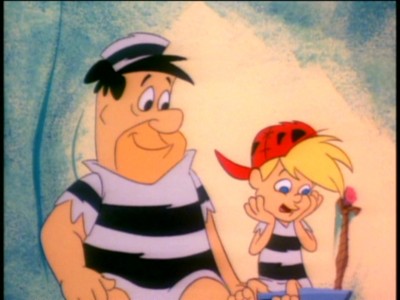 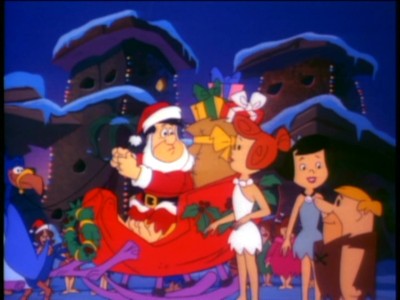 The Audio:
The Dolby Digital English split mono audio track was re-recorded at a decent level, with hiss noticeable but not at all distracting, and no close-captions or subtitles.

The Extras:
No extras for