Columbus Circle is the story of a billionaire heiress, Abigail, (Selma Blair) who has been in seclusion for twenty years in one of the two penthouse suites in a glamorous high-rise apartment building overlooking Columbus Circle. The you know what hits the fan when her elderly neighbor is found dead and the NYPD come knocking to investigate. This will obviously put her hermit like existence into a bit of a bind as the police begin their investigation and cleanup.

After everything has been put back to normal (air quotes) new tenants move in directly across from her unit. This doesn't sit well with Abigail as she put in several bids to acquire the unit for her self and was obviously overlooked. Lillian (Amy Smart) and Charles (Jason Lee) move in and quickly become a pain in the ass as their domestic partnership takes a turn for the worse and spills over into Abigail's life.

Ribisi plays Detective Frank Giardello who is heading up the investigation into Abigail's elderly neighbor's murder, so he'll be sticking around for a while. Kevin Pollak is the all-knowing spaz of a concierge/doorman of the building named Klandermann and Beau Bridges is Abigail's one and only confidant and doctor. Columbus Circle plays out as a cool murder mystery with semi-interesting characters sprinkled throughout the film. I love Selma Blair, so that was one of the major selling points of the film for me.

As far as it being a good film, well, it does fall a bit short. I highly suggest that you DO NOT watch the trailer for Columbus Circle, because it tells you everything. I don't know who edits these things, but there should be more oversight. It totally and utterly killed for me that was sitting going I know who did it and I know what the motive is, etc. Performances are top-notch for the most part with the exception of Amy Smart. That sucks, because I like her, but am used to seeing her in more comedic roles or short dramatic ones, not ones where she has to carry a performance. It didn't suit her. Everyone else was all right including Ribisi as the detective. Yes, I even bought Ribisi as a hardboiled cop. Laughs.

Columbus Circle is the new thriller from writer-director George Gallo who up until recently wrote and directed Middle Men which starred Giovanni Ribisi. I mention Ribisi, because he's in the film as well. Not only is he in the film, but he's also credited as an executive producer. In fact, I'll give you the rundown. Columbus Circle stars Selma Blair, Giovanni Ribisi, Beau Bridges, Amy Smart, Kevin Pollak, and Jason Lee. Giovanni Ribisi, Jason Lee, and Kevin Pollak are credited as executive producers and Pollak co-wrote the script with Gallo. I guess a group of friends got together and said that we should make a movie.

Columbus Circle is fairly competent, but with a few tweaks here and there could have been better than the final product. I was surprised at the pretty ensemble cast that was brought together for such a project, which is probably why I'm not going to be too harsh on the picture. The film isn't even an hour and half, so you can't blame it for being a "time waster." It's barely that, because time flies by. That, or maybe I'm not being as harsh as I should, because I want to live in a building like the one depicted in the film? It's an awesome building. End rant. 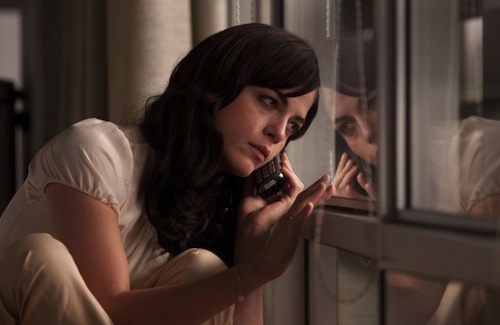 Columbus Circle is presented in 1080p 2.35:1 widescreen. Here's a high definition transfer that is very warm in a noir-ish kind of way. The film takes place mostly in the low lit areas of the high-rise apartment building - it's that dimness that gives it a warm glow. Flesh tones are consistent throughout the film as is the thin layer of grain found all the way through. Colors are also well balanced, but subdued. I think Amy Smart would be the most "colorful" character in the entire film due to her hair and outfits. Every one else dresses up in darker clothing. Black levels are stable, but do crush just a tad bit here and there. Contrast is also balanced and never looks boosted. Columbus Circle is where I want to be if it looks this nice in real life. 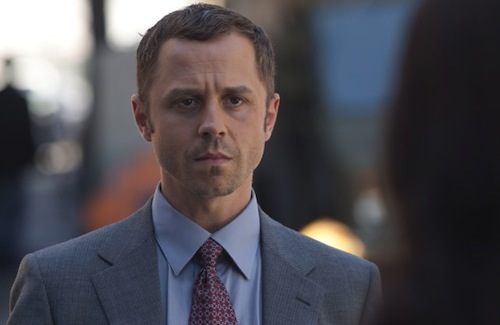 Columbus Circle is presented in DTS-HD MA 5.1. English with English SDH subtitles are provided. The lossless surround track is very ample and can get aggressive when it needs to. Dialogue is clear and balanced. Tonality is never compromised and I never heard instances of clipping or distortion. This being a mostly "talking" kind of film, I was surprised at how well the sound was handled. Even in enclosed spaces the audio track performed well. Ambient sounds did come through in the hallways and outside in the mean streets, as well. Along with the solid video this Blu-ray ups the value with a great audio presentation. 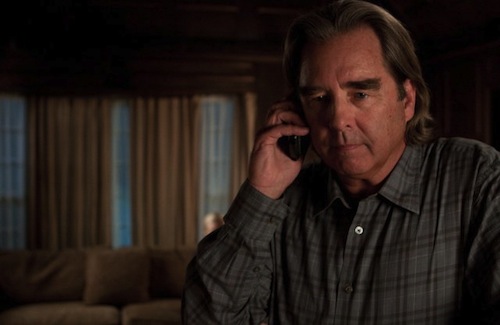 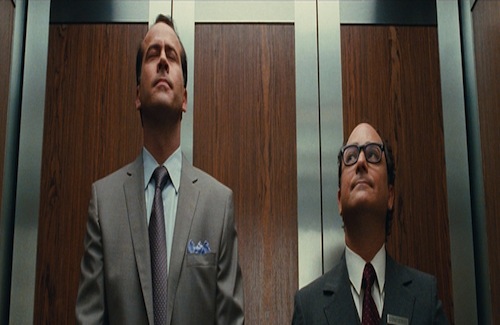 Columbus Circle is an ambitious little thriller that falls somewhat short mainly due to certain characters telegraphing their motives in such an obvious manner. It doesn't help that I actually watched the trailer before watching the film itself, so the odds were already stacked against me. Another thing that hinders the Blu-ray is the lack of extras. It's a bare bones release, but the video and audio specs are above average. Columbus Circle is worth a rental.