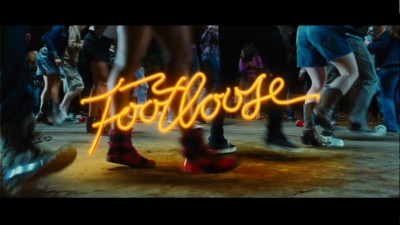 A remake of Footloose really should not work. For starters, what American town is going to ban public dancing in 2012? And replicating Kevin Bacon's "angry dance" from the 1984 original sounds like a recipe for camp disaster. Leave it to Craig Brewer to bring his hustle and flow and create an entertaining update of the dance classic. 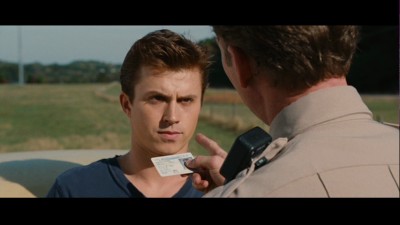 The new Footloose is endearing but not corny, with a solid soundtrack and fluid lead performance from professional dancer Kenny Wormald. If I said Footloose didn't have me tapping my toes with a big grin spread across my face, I'd be lying.

When four high school seniors die in a wreck following a night of dancing and boozing, the town of Bomont, Georgia, bans unsupervised public dancing and loud music. Rev. Shaw Moore (Dennis Quaid), who lost a son in the wreck, rallies the town around his idea of appropriate social conduct, and the children of Bomont are forced to get down far from the prying eyes of authority. Boston native Ren MacCormack (Wormald) comes to Bomont to live with his uncle and aunt, Wes (Ray McKinnon) and Lulu (Kim Dickens), after his mom dies, and is shocked to learn that dancing is prohibited. Ren begins challenging authority and mingling with the locals, including the Reverend's rebellious daughter, Ariel (Julianne Hough), whose life has spiraled out of control since the death of her brother.

This Footloose follows the basic narrative of the original, but Brewer gives the film its own rhythm. 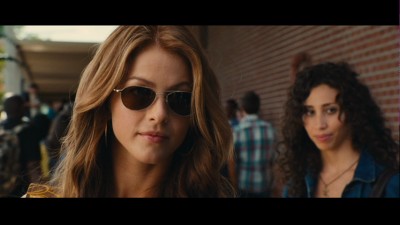 The iconic Kenny Loggins title track is still there, as is an updated version from country singer Blake Shelton. Brewer fills the rest of the soundtrack with solid tracks from popular and up-and-coming artists like Cee Lo Green, David Banner and Zac Brown, and it feels like some thought actually went into their selection. Brewer, who is batting three for three after Hustle & Flow and Black Snake Moan, brings the same Southern swag energy of those films to Footloose. The film works because Brewer takes the material seriously instead of turning it into Twilight camp. Brewer recognizes the universal joy of music and dance, and makes that the driving force for Ren, who loses himself in a haze of movement and song to escape the pain of his mother's death.

The film also gets its characters and their relationships right. Ren is a good guy with some gravitas who does not immediately respond to Ariel's advances. The preacher's daughter has turned to sex and booze to numb her pain, and Ren calls Ariel on her bullshit. In one scene, Ren tells Ariel they could go at it right there on the floor, but that behavior is for Chuck (Patrick Flueger), her douchebag boyfriend, so she can get back to him when she starts respecting herself. Rev. Shaw is not pleased that his daughter is defying his sermons, but is partly to blame since he has only been half a parent since his son's death. Ren and Ariel's buddies also add to the story. 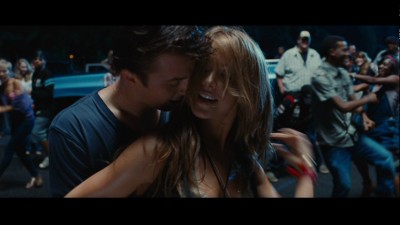 Occasional bar brawler Willard (Miles Teller), whom Ren calls a "corn-fed hick," delivers some Southern twang without becoming grating, and I suspect the ladies will enjoy Willard's dance lessons with Ren. Ariel's best friend, Rusty (Ziah Colon), dates Willard and tolerates Ariel's reckless behavior to a point before pushing back. Ren's extended family is supportive and likable, especially his young cousins, Amy (Maggie Jones) and Sarah (Mary-Charles Jones), who sing karaoke to "Let's Hear it for the Boy," a song from the 1984 soundtrack.

Footloose would not be, well, Footloose without the dancing, and there is quite a bit of jumpin' and jivin' to be found in this update. Wormald is a professional dancer and it shows. Footloose throws some hip-hop and line dancing his way, and Wormald nails the choreography. Most impressive is the update of the "angry dance," in which Wormald pulls some Billy Elliot moves inside an empty warehouse. Hough, Colon and Teller are similarly convincing, especially Hough, who matches Wormald nearly step for step. Brewer does a nice job integrating the dance scenes into Footloose; this is not Grease, and characters do not randomly break into song and dance at every turn. Although an early dance-off feels a lot like You Got Served, most of the feet-shuffling comes naturally, in bars and at the big dance.

Footloose really does hit all the right notes. The town of Bomont is not a Southern caricature, and Footloose does not scoff at the townspeople's faith and devotion to God and each other. Instead, it creates an environment where the town elders fear losing more of their children, and the dance ban as a method to stop teen partying is entirely believable. Brewer was the right director to remake Footloose, and the acting, music and dancing are strong across the board. Footloose is about the joy of self expression, and that is something to which we all can relate. 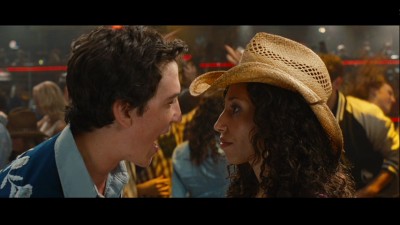 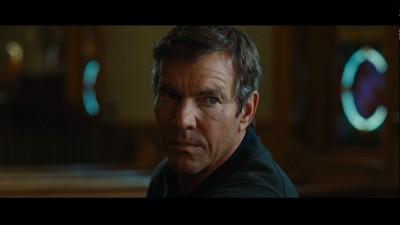 Paramount continues to churn out rock-solid transfers for its new releases. Footloose is given a 2.35:1/1080p/AVC-encoded transfer that sparkles. Detail is excellent across the board, as are texture and clarity. The image is incredibly deep and impressive, with close-ups portraying every facial feature and wide shots stretching for miles. Colors are bold and perfectly saturated, skin tones are accurate and black levels are good. Take a look at Ariel's piercing blue eyes, the dust on Ren's Volkswagen Beetle and the neon bar lights when the crew goes line dancing for examples of this perfect clarity and texture. The image retains a light layer of grain, and never smears during the quick-cut dance sequences. Only once or twice do shadows make parts of the image a bit murky.

The 5.1 DTS-HD Master Audio soundtrack is similarly impressive. Music is a huge part of Footloose, and the tunes are rendered perfectly on this soundtrack. The mix avoids that strange situation where songs get distorted when tweaked for surround mixes. Here, the voices of Blake Shelton and Lil Wayne explode from the speakers with perfectly balance and clarity. Dialogue is crisp and clear, and ambient and action effects are well integrated. The line-dancing scene is a good example of the terrific balance and range, as the dialogue never gets lost amid the country music and boot-stomping effects. The LFE kicks in during the dancing scenes, and the surround and rear speakers are frequent participants in this excellent mix. French, Spanish and Portuguese 5.1 Dolby Digital tracks are included, as are an English DVS track and English, English SDH, French, Spanish and Portuguese subtitles.

This two-disc set includes the Blu-ray, a DVD copy of the film and an insert with codes to download an iTunes-compatible digital copy and stream an UltraViolet digital copy via Paramount's Web site. The discs and insert are housed in a standard Blu-ray eco-case. The extras are worthwhile and include: 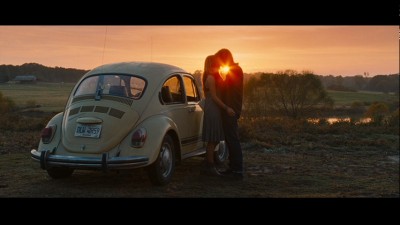 Director Craig Brewer crafts an entertaining remake of Footloose that retains the spirit of the original and respects the story. The characters and writing are good, as are the dancing and soundtrack. Brewer injects some Southern swag into the film, and Kenny Wormald has smooth moves in the role of Ren. Like it or not, Footloose makes you want to dance. Highly Recommended.