Colorful characters, heart stopping action and just enough plot to keep the film moving along; these are all the most basic cliché elements needed by an action film to ensure some level of entertainment. "Mercenaries" however, chooses to take a radical approach to action filmmaking and populate itself with characters whose names are mentioned once at best, ineptly filmed shootouts and fights, and enough plot padding to drag what feels like a rejected episode of "The Unit" into a 90-plus minute exercise in frustration. 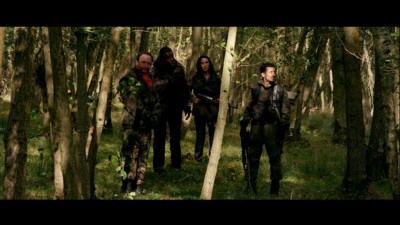 Casually beginning with violence against women, "Mercenaries" pits a quartet of, you guessed it, mercenaries against Croatian rebels have attempted to overthrow the Serbian government and in the process taken the US Ambassador hostage. The film's best acting begins and ends with Colonel Torida played by Billy Zane sporting yet another fantastic hairpiece, informing our heroes of their mission. From there, the group, led by Andy Marlow (Robert Fucilla) embark on what quickly becomes a laughable excuse for an action film. 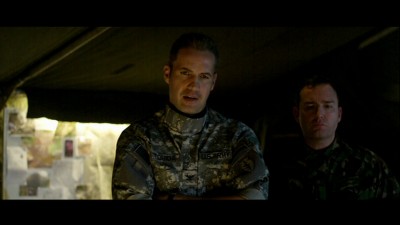 The problems plaguing "Mercenaries" are many, the least of which is director Paris Leoniti's inability to stage even a mildly engaging action sequence. Shootouts feel slow, peppered with horrible post-production effects, including some sequences where muzzle flashes defy the law of physics by showing up behind the shooter. What should be an intense, hand-to-hand fight with an injured Marlow and a vicious female rebel is bafflingly filmed with the focus on both combatants' torsos. The final insult is some of the worst sound design I've heard in an action film ensuring even the most "frantic" shootouts of the film feel like a really well made fan film and nothing of Hollywood caliber. 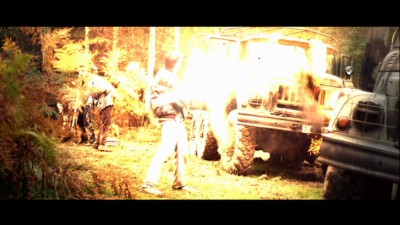 The majority of "Mercenaries" consists of characters walking around with occasional floundering attempts at political content. It would be incredibly unfair to properly critique acting because there's nothing for the characters to work from, although the rest of Marlow's squad do fight for camera time with exaggerated line delivery. The cold truth is "Mercenaries" has the thinnest skeleton of what could be construed as a competent action film, but botches the execution in every category, it's a tedious waste of time that doesn't even have the decency to be inept enough to be inadvertently comedic.


The 2.35:1 anamorphic widescreen transfer is dismal at best, featuring contrast levels that obscure dark objects in very dark scenes, mild detail, and some minor compression issues. Coloring is slightly faded but not enough that the film is robbed of a natural look; overall, the so-so transfer does the dismal film no favors.


The Dolby Digital English 5.1 audio track features hollow dialogue that at times also suffers from a mild echo and a lack of low-end punch for the effects. There is minimal range from this poor excuse for a surround sound track. English and Spanish subtitles are included.


The lone extras are nearly 40-minute making of program titled "Mercenaries: Behind the Line" and the film's original trailer.

Boring and uninspired, "Mercenaries" doesn't have a single action set pieces that would qualify it as being a satisfying rental. It's bottom barrel, sub-b-movie garbage. Skip It.