We Bought a Zoo


The one comment about We Bought a Zoo that I consciously tried to avoid while watching the film was that both on the title and film itself, the only thing that separated it from a Tim Allen Disney movie was the truth and dramatic license that Zoo was taking from the story that inspired it. Nevertheless, Zoo was certainly a different change of pace for those involved with its creation and storytelling.

The film was written and directed by Cameron Crowe (Jerry Maguire), and was inspired by the memoirs of Benjamin Mee, a London columnist who bought a 33 acre parcel of land in southwestern England as a zoo and has owned and operated it for several years. The cinematic Mee is portrayed by Matt Damon (Invictus), a columnist and recent widower trying to balance his work and his two children who include a 14-year old son in Dylan (Colin Ford, Push) and a 7-year old daughter in Rosie (Mary Elizabeth Jones). Against the wishes and/or better judgment from his accountant brother Duncan (Thomas Haden Church, All About Steve), Benjamin decides to buy a functioning zoo in the California countryside. He struggles to not only stay afloat financially with the considerable financial cost of running a zoo, but also with possible feelings to the young female maintenance head of the zoo named Kelly (Scarlett Johansson, Iron Man 2) in the wake of his personal tragedy. 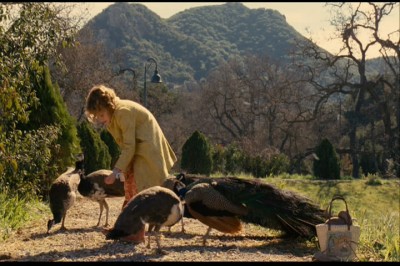 The first thing that strikes you about We Bought a Zoois Crowe's relationship with his actors. Crowe continues a streak of introducing the world to young actors that will absolutely charm the pants off of you. In Rosie, Jones follows like Ray in Jerry Maguire and Patrick Fugit in Almost Famous of getting a scene or two (or in Fugit's case, carrying the film), and handling it well. Perhaps not coincidentally, Fugit appears in the film as one of the zoo's workers. Additionally, Ford portrays your prototypical rebellious teenager still struggling with the death of his Mom, and does it with an effective mix of rage and selfishness with an underlying sense of emotion. Opposite Ford is Elle Fanning (Super 8), a relative of Kelly's who works at the zoo and has a crush on Dylan. She continues to establish herself as a surprising and formidable presence among young actors. Additionally, he generally has a grasp of emotional moments with his characters and their experiences. Sometimes there may be a schmaltzy bit of dialogue sprinkled in, but Crowe avails himself well.

With those things out of the way, the biggest problem with the film is that it trips over its feet far too often. If you are setting the foundation of your story as a widower with two kids who decides to buy a zoo and show the struggles of him reviving the show and reconciling his emotions with his children and himself, there is likely going to be a good story there. And to be fair, Damon's character has a tendency to put his head down and think of his family far more than his own state of mind. I mean, as a suddenly single parent, who has the time? I get that. But using is as justification to make a movie that runs a solid two hours? I'm not sure. Benjamin handles his emotional closure almost at the same time as the zoo's opening, which gives it a strange pre-game speech-like feel of sorts. It also draws out answering the other question the film poses (does the zoo actually open?) for an additional 15 minutes. And the latter is drawn out in its own right as well, not helping matters.

In the past, I have typically found Damon's performances to be a little underrated in their emotion, but in a good way. He tends to almost absorb the actions and feelings of others and continue with what his character needs to do (The Good Shepherd is a good example of that I think). But when Benjamin's role calls for him to be a father to Dylan, it comes across as being more of a best friend than anything else. After a subplot where Dylan continues to rebel against him, the critical scene between them is more unintentionally funny than anything else; this is due to the emotion or lack thereof before it is so stilted and/or nonexistent. 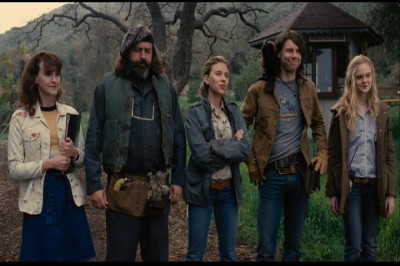 And within that moment crystallizes how We Bought a Zoo plays out. In a film where the formula seems foolproof at first glance, Crowe manages to muck it up, overdramatizing mundane moments and over exaggerating ones which require no such embellishment. The story may have proven to be a change of pace for its writer/director and star, but here's hoping it serves as more of a teachable moment than anything else.


Fox trots We Bought a Zoo out with an AVC-encoded 1.85:1 widescreen transfer and the results are excellent. Image detail is abundant both in the foreground and background, with facial and hair detail (of both humans and animals) is clear and easily discernible. In nighttime shots, black levels are deep and consistent, and the colors of the zoo are vivid and replicated well without fear of oversaturation. This may possibly be Crowe's most attractive-looking feature film to date and the Blu-ray shows this virtue off in spades.


The film comes with a DTS-HD Master Audio 5.1 track, and the result is superb. By this point we all know that Cameron Crowe films are going to have a fair and even eclectic amount of music on their soundtrack, and everything from Neil Young to Yusef Islam all come through the soundstage convincingly and without concern. The same holds true for the score of Jonsi (singer for the band Sigur Ros). On the smaller moments of dialogue, the soundtrack remains strong and balanced, with subwoofer activity present to fill out the low end. Directional effects and channel panning are present, and are effective and immersive through the film. Top notch listening material to be sure.


The film includes a commentary with Crowe, the film's editor Mark Livolsi and J.B. Smoove, who many will know from Curb Your Enthusiasm and appears in the film briefly as the realtor who sells the zoo to Benjamin. Smoove provides a nice injection of levity into an otherwise bland track, with the requisite thoughts on the production and cast are included, along with some fair amount of production recollection. I get the impression Smoove might have been brought in as a last-minute replacement for a cast member who had to cancel, and the track reflects this awkwardness to a degree. Personally if I could have gotten Church to do the commentary I would have (the guy is a GREAT commentary participant), as the resulting commentary is hardly anything special or memorable. 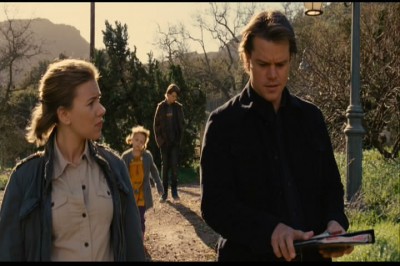 The other big supplement is "We Shot a Zoo," a multipart documentary on the film that is about half as long as the film itself (1:15:52). It is not meant as a dig, the documentary is very good, covering the preproduction and location scouting for the film before heading into the set design to make...a zoo. The cast rehearsals are shown, along with their thoughts on the story, with test footage of each one accompanying it. They also share their thoughts on Crowe and what it was like to work with him. Coverage on working with the animals is next and the animal wranglers get some interview time. The overall feature gets a little long at times like the film does, but it certainly makes one appreciate the production a bit more. No less than 20(!) deleted and extended scenes are next (37:27), some include more on the relationship between the Damon and Johansson characters, and some on the inspections for the zoo. Some could have been included in the final cut, others from the latter could have been tossed into the former, that kind of thing. From there, "The Real Mee" (28:35) includes interviews with the real Benjamin Mee as he discusses how he came to the zoo o his own and his origins and how he made the zoo work. The apprehensions are remembers along with the challenges, and he gets into the smaller moments that the film used to tell the story, such as Mee recalling his wife's death. It's a bit lengthy but fascinating. "Their Happy is Too Loud" (17:29) shows the recording session process and includes lots of footage of Crowe interviewing Jonsi about the musical choices he made for the score of the film (a film that Crowe touts as his first using a score, by the way). A gag reel (6:50) includes some flubs, laughs and Damon doing a British accent, and the theatrical trailer (2:32) is next, along with a photo gallery from the shoot. The set also comes with a standard definition copy of the film (from whence the screen grabs come from). The standard def copy includes "It's a Zoo!" (23:25), which is simply a portion from the larger "We Shot a Zoo" piece which focuses on the animals used in the movie. The package also comes with a digital copy of the film, along with a free child's admission to the zoo, the last of which being a nice touch.


We Bought a Zoo has some decent performances and some emotional moments, but at times the story gets in the way of that emotion and the experience turns more into an ordeal than anything else. Technically the disc looks outstanding and the extras are abundant and very nearly exhaustive set. If you liked the film, buying this is a no-brainer. But if you have not seen the film? It is better to watch first before deciding to buy, as the film itself may turn off fans of Crowe's work and as a full-blown children's movie, it is hollow in other areas.