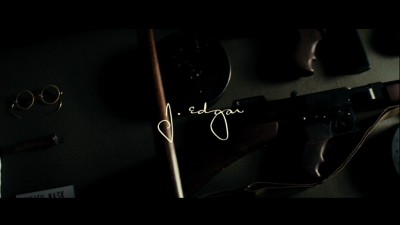 John Edgar Hoover, the first director of the Federal Bureau of Investigation was, according to famed aviator Charles Lindbergh, "a fussy little man." Perhaps that is why Clint Eastwood's biopic, J. Edgar, never settles on the story it wants to tell. The birth of the FBI and Hoover's prickly personal life are fascinating topics, but J. Edgar is never as compelling as it should be. Eastwood does not sensationalize Hoover's alleged relationship with colleague Clyde Tolson, but, by keeping Hoover at arm's length, renders the man's motivations unknown. Even so, J. Edgar is buoyed by a strong performance from Leonardo DiCaprio, who embodies Hoover from his early days at the Department of Justice to his twilight at a Nixon-era FBI. 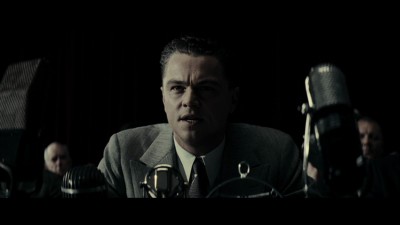 Hoover is present and active during the Palmer Raids on suspected leftists in 1919, and is eventually installed as head of the Department of Justice's newly formed Bureau of Investigation. There, he spearheads efforts to improve criminal investigations by pushing the adoption of fingerprinting and installs an FBI crime lab to analyze evidence. Hoover's attentions turn from Communism to organized crime when gangsters like John Dillinger begin earning the admiration of average Americans. Hoover helps romanticize the image of the G-Men, a slang term for FBI agents said to have originated with gangster Machine Gun Kelly, to combat America's fascination with criminals. 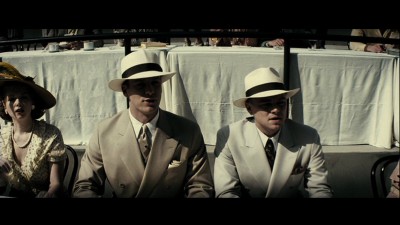 All of this is interesting stuff, as is Hoover's turbulent personal life. J. Edgar paints Hoover as devoted to his mother, Anna Marie (Judi Dench), and uncomfortable around women. Hoover attempts to court justice department secretary Helen Gandy (Naomi Watts), but she instead becomes his life-long assistant and confidant. Hoover soon fosters a chaste connection with Tolson (Armie Hammer), a young law school graduate, that continues throughout his life. The extent of Hoover and Tolson's relationship is speculative, but Hoover's decision to marry comes only after his mother informs him in no uncertain terms that she would rather have a dead son that a "daffodil" for a son.

Eastwood's film jumps around between various moments in Hoover's life, attempting to hit all the high points. The film often returns to an aged Hoover recounting his life story for a biographer, and it is here that J. Edgar attempts to pick the brain of its protagonist. The film makes clear that Hoover was not above blackmail and deception as the means to his desired end. Despite Hoover's own questionable dealings, he threatens Attorney General Bobby Kennedy (Jeffrey Donovan) over his brother's indiscretions, and claims Eleanor Roosevelt engaged in "un-American" activities. All the dirt ends up in Hoover's legendary FBI files, which were never released to the public. 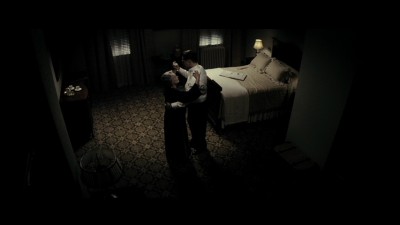 The problem with J. Edgar, shot from a script by Dustin Lance Black (Milk), is its stop-start method of storytelling. Hoover is so cold and shuttered thatJ. Edgar has trouble penetrating its central character. Hoover embellished his life story to the point of forgetting what was fact or fiction, but J. Edgar only reveals this deception in a quick retort by Tolson. Hoover's colleague and possible lover is smart and sensitive, and seems to get the brunt of Hoover's misplaced rage. A young Hoover says he needs Tolson, and the pair vows never to miss dinner together. Societal norms of the era, however, dictate Hoover's path to the top of the FBI. J. Edgar touches on the most sensational moments of Hoover's career, but stays close to the surface. The murder of Lindbergh's (Josh Lucas) baby is a catalyst for improved forensic investigation, but the puzzle pieces get lost amid scenes of personal drama.

DiCaprio constructs a convincing portrait of the conflicted Hoover in spite of the uneven narrative. The actor is as compelling when playing a driven young Hoover as he is when rambling on about the career of the aged director. Hammer is also quite good, and wears his slick grin and perfectly tailored suits with ease, though his old-age makeup could use some work. Watts and Dench are fine in their smaller roles, with Watts' Gandy becoming particularly important as the film concludes. Eastwood has directed stronger projects, and J. Edgar suffers from pacing issues, especially around its anti-climactic conclusion. Even so, J. Edgar is certainly not a failure, and its prickly delivery recalls the demeanor of its subject. 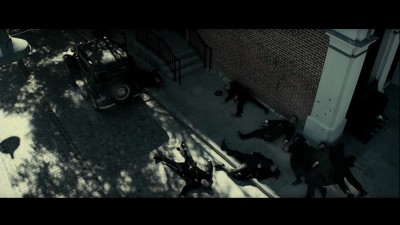 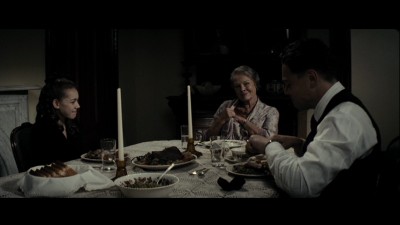 J. Edgar is a dark film, and Eastwood drains the color to the point that the frames appear almost monochromatic. Fortunately, the 2.40:1/1080p/AVC-encoded transfer supports the stark proceedings with pitch-perfect blacks and gorgeous texture. Detail is generally solid despite heavy shadowing, and the transfer itself is rarely to blame for anything lost amid the inky blacks. The image has a pleasing, film-like appearance, with strong edges and definition. Close-ups and wide shots alike reveal fantastic depth and plenty of detail, and I noticed only a moment of shimmering. J. Edgar may appear a bit darker on Blu-ray than it did in theaters, but on the whole, things look very good.

Although the film is quite even-handed, J. Edgar features several sonic outbursts that are impressively replicated on the 5.1 DTS-HD Master Audio soundtrack. These quick bursts of gunfire and an impressive explosion rattle the floorboards thanks to a heavy subwoofer response. Eastwood's pleasing score is nestled snugly around the dialogue and effects, and the track exhibits fine range. Immersive effects like the chatter in a crowded congressional hearing and the outdoor sounds of the Lindbergh farm place viewers in those environments. A French Dolby Digital 5.1 track is also included, as are English SDH, French and Spanish subtitles.

J. Edgar arrives in typical Warner Brothers "combo pack" style. The Blu-ray, DVD copy and insert with a code to steam an UltraViolet digital copy are packed inside a Blu-ray eco-case, which fits inside a handsome, American flag-adorned slipcover. The bonus material is disappointingly slim, and consists of only one extra: The Most Powerful Man in the World (18:10/HD). Eastwood, DiCaprio and others provide interviews in this brief piece, which presents intriguing information left out of the film that may have made it more compelling. While interesting, it hardly scratches the surface of Hoover's life or the making of J. Edgar. 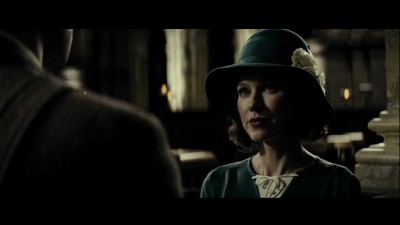 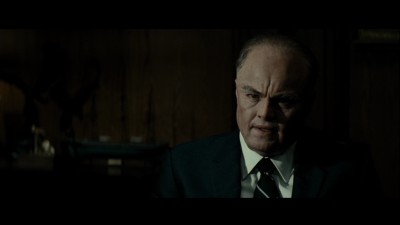 Clint Eastwood's J. Edgar is undoubtedly flawed. The pacing is uneven, and the film suffers from stop-start storytelling. Despite its weaknesses, J. Edgar is buoyed by Leonardo DiCaprio's excellent work as the first director of the FBI. Hoover took on Communism and the Mob, but never could steer his personal life out of treacherous waters. J. Edgar is often compelling, but it should have been better. Warner Brothers skimps on the extra features, but the Blu-ray is technically solid. Cautiously Recommended.