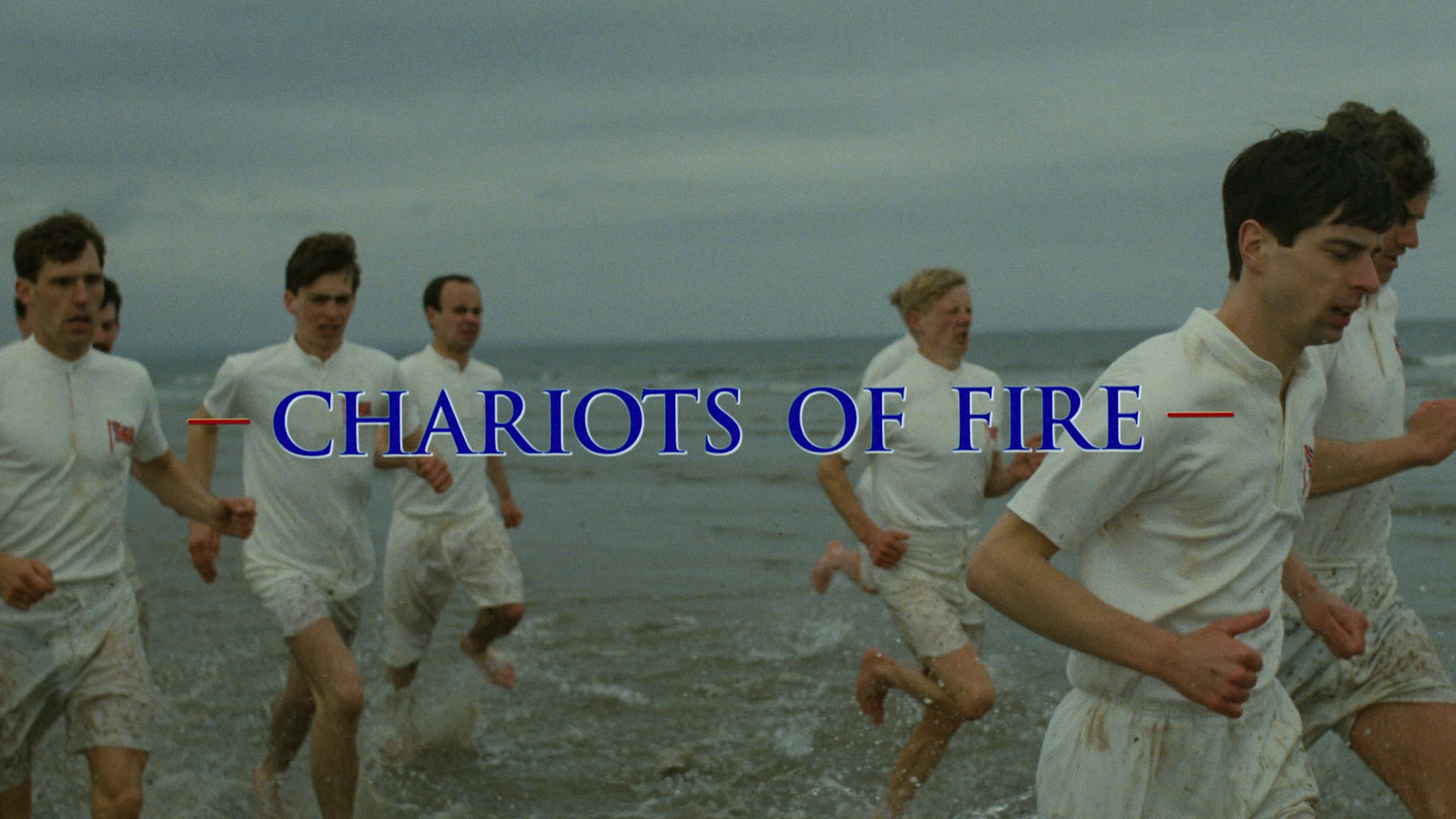 Chariots of Fire is a film I had seen parodied long before I actually saw it. The film's ubiquitous title sequence of runners on a beach and its synthesizer-heavy score is known by many unfamiliar with the complete work. The Oscar-winning drama is quite good, too, and tells the story of two runners in 1920s Britain who deal with anti-Semitism and religious conviction in their pursuit of Olympic gold. Chariots of Fire is sturdy, old-fashioned filmmaking, with solid acting across the board and a reliable, unflashy narrative. The film beat Raiders of the Lost Ark to win Best Picture at the 1982 Academy Awards, and, while this disappointment was not matched for some until similarly studious contender Shakespeare in Love beat Saving Private Ryan in 1999, Chariots of Fire is a worthy addition to any film collector's library in its new Blu-ray edition. 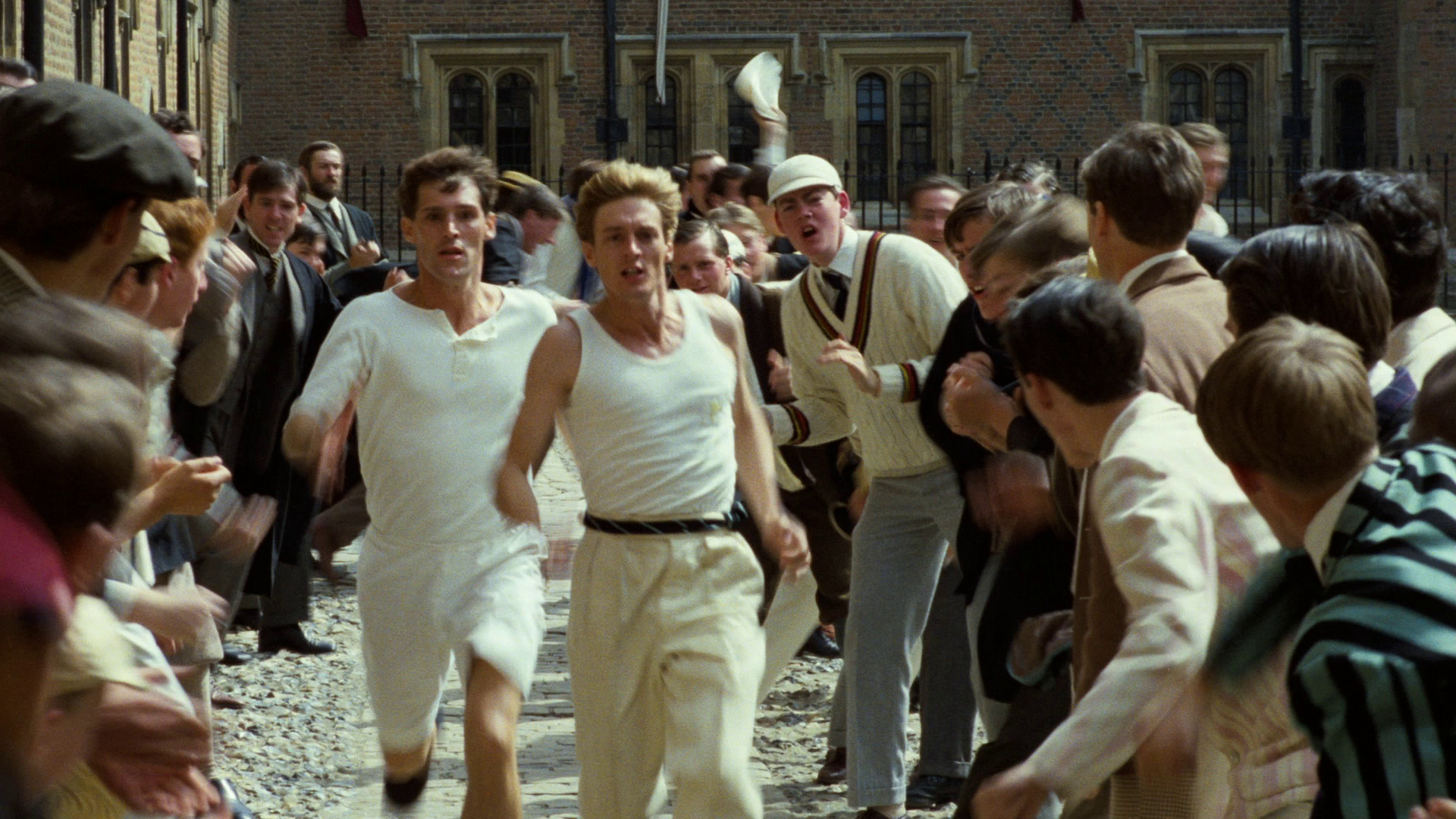 Harold Abrahams (Ben Cross) is the first student to complete Cambridge University's famed Trinity Great Court Run, in which runners must lap a large courtyard in the time it takes a bell tower to strike twelve o'clock, but faces snide comments from faculty and fellow students over his Jewish heritage. Eric Liddell (Ian Charleson) rivals Abrahams in athletic ability, but has difficulty convincing his devout Scottish missionary family that running is a wholesome endeavor. The pair is groomed to represent Britain in the 1924 Paris Olympics, and compete both formally and informally in the several years before the games. Abrahams hires a professional trainer to the chagrin of other athletes, and has trouble keeping up his romantic relationship. Liddell tries in vain to convince his sister that his devotion to God is not lessened by running, and that his ultimate goal of serving as a missionary in China has not been abandoned. 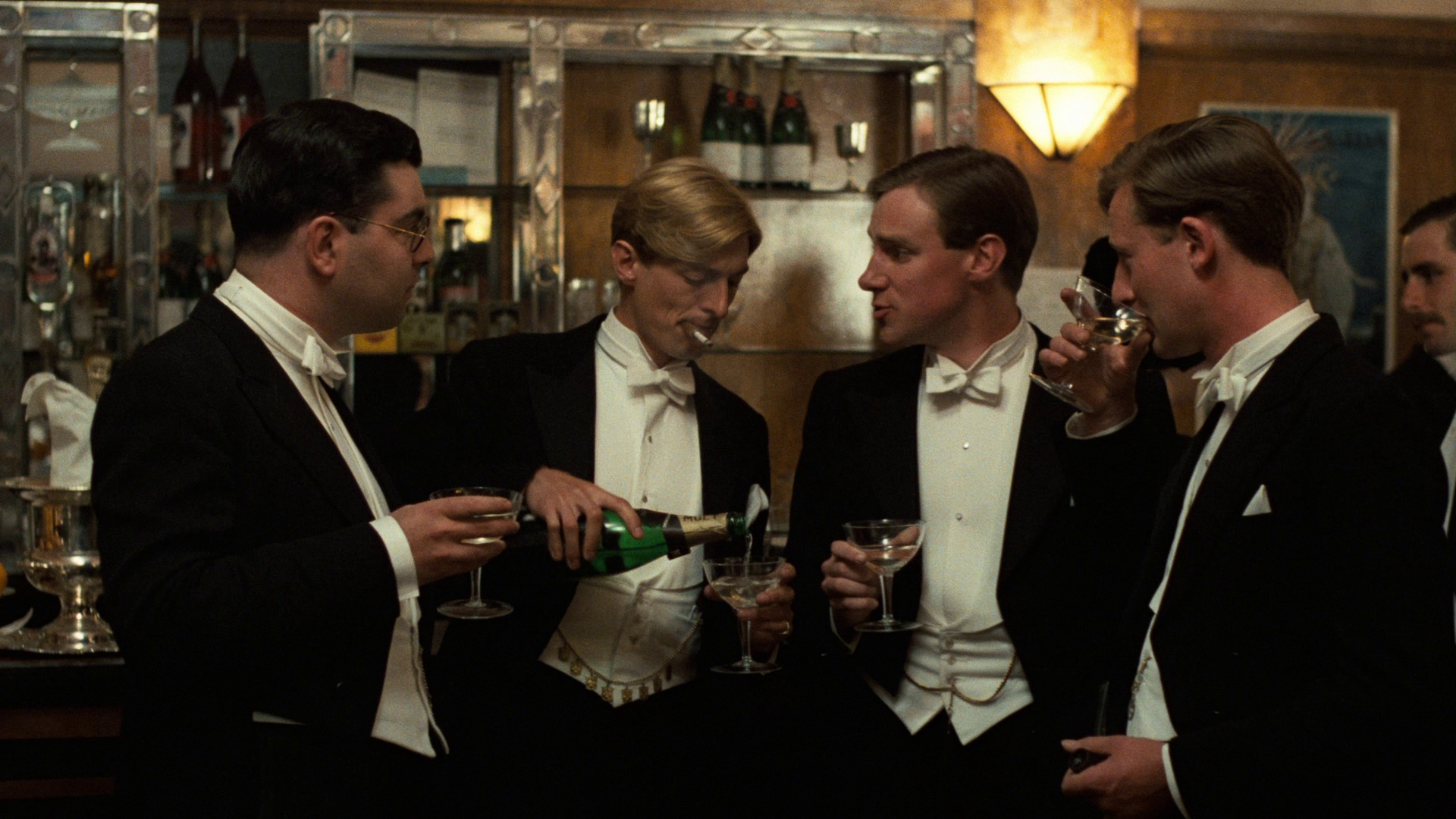 Hugh Hudson directs for famed British producer David Puttnam, and Chariots of Fire is a handsomely crafted affair. Set in the dewy green meadows of foggy Scotland and the wood-paneled classrooms of Cambridge, Chariots of Fire is somewhat formal, but nonetheless affecting entertainment. The film tackles the period's evolving notion of religion, and Liddell is forced to bow out of an important Olympic race because it is held on the Sabbath. Abrahams is less devout but faces equal kickback for his faith, and the film adequately depicts the sacrifices each athlete must make to pursue his passion. Life outside of running is put on hold, and third parties are left despondent. 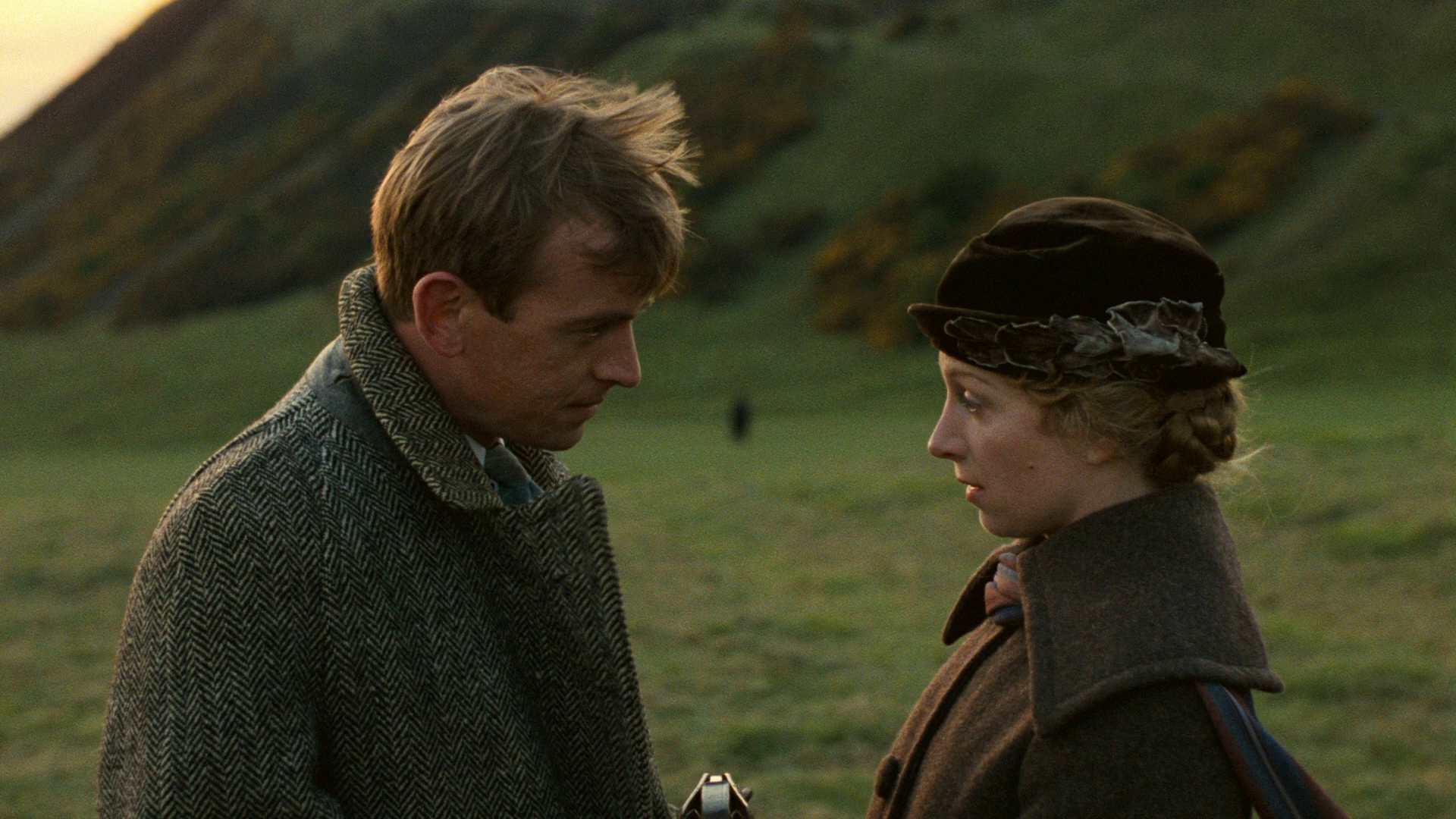 Chariots of Fire is both timeless and firmly stuck in 1981. The synthesizer score is practically the film's calling card, but feels like something out of a sci-fi matinee. Hudson allows his actors to be filmed in vulnerable exertion as no film could do today without risking unintended laughs. With its generous use of slow-motion photography, Chariots of Fire captures each exhausting race in detail. Abrahams and Liddell are closely drawn, and each is given little room to explore outside his expressed career. The supporting characters are less developed, and often serve as nothing more than hurdles on the men's path to greatness. Chariots of Fire has resolve, though, and a willingness to reveal itself to an audience that has allowed it to stay in the consciousness of many film fans.

Remastered for its Blu-ray debut, Chariots of Fire looks quite stunning in high definition save a few quibbles I have with the transfer. The 1.85:1/1080p/AVC-encoded transfer is at times startlingly detailed, and many scenes are so impressive that I lapsed into thinking I was watching a mint print during the film's theatrical run. Despite the grey British landscape, the film can be quite colorful, and bold greens and deep reds explode from the screen in perfect saturation. This is a beautiful, film-like and deeply textured image that is surprisingly deep given its age and rarely soft. Black levels are quite inky, but there is some crush. Dark suits tend to melt into their surroundings, particularly in dimly lit interiors. There is also some nasty edge enhancement in the title sequence, and edge halos bounce around as the men run through the surf. Fortunately, this all but disappears after this sequence, and the Blu-ray uses a rock-steady print that is nearly free of any artifacts and defects.

The 5.1 DTS-HD Master Audio soundtrack is certainly fitting for this 30-year-old film. Dialogue is perfectly clear, without hiss or feedback, and the film's polarizing score is gloriously rendered. The track is very front-loaded, which is my main complaint, and the rear speakers are hardly ever used, even when the surroundings indicate some ambient noise would be appropriate. An English 5.1 Dolby Digital track and a French mono track are also available, as are English SDH and French subtitles.

Warner Brothers awards Chariots of Fire with a beautiful 36-page DigiBook release. The front artwork is quite striking, as the Olympic torch, fire and text have a holofoil effect, and the film's title is embossed. Inside the sturdy cardboard packaging, the Blu-ray is housed at the front over sketches and images from the film. The glossy pages within contain pictures, production information, and cast and crew biographies. Warner Brothers also includes a four-track CD sampler with several soundtrack cuts at the rear of the book.

The extensive, previously released bonus features from the earlier DVD are carried over, and Warner Brothers adds over an hour of new, high-definition material to make this a very nice package: 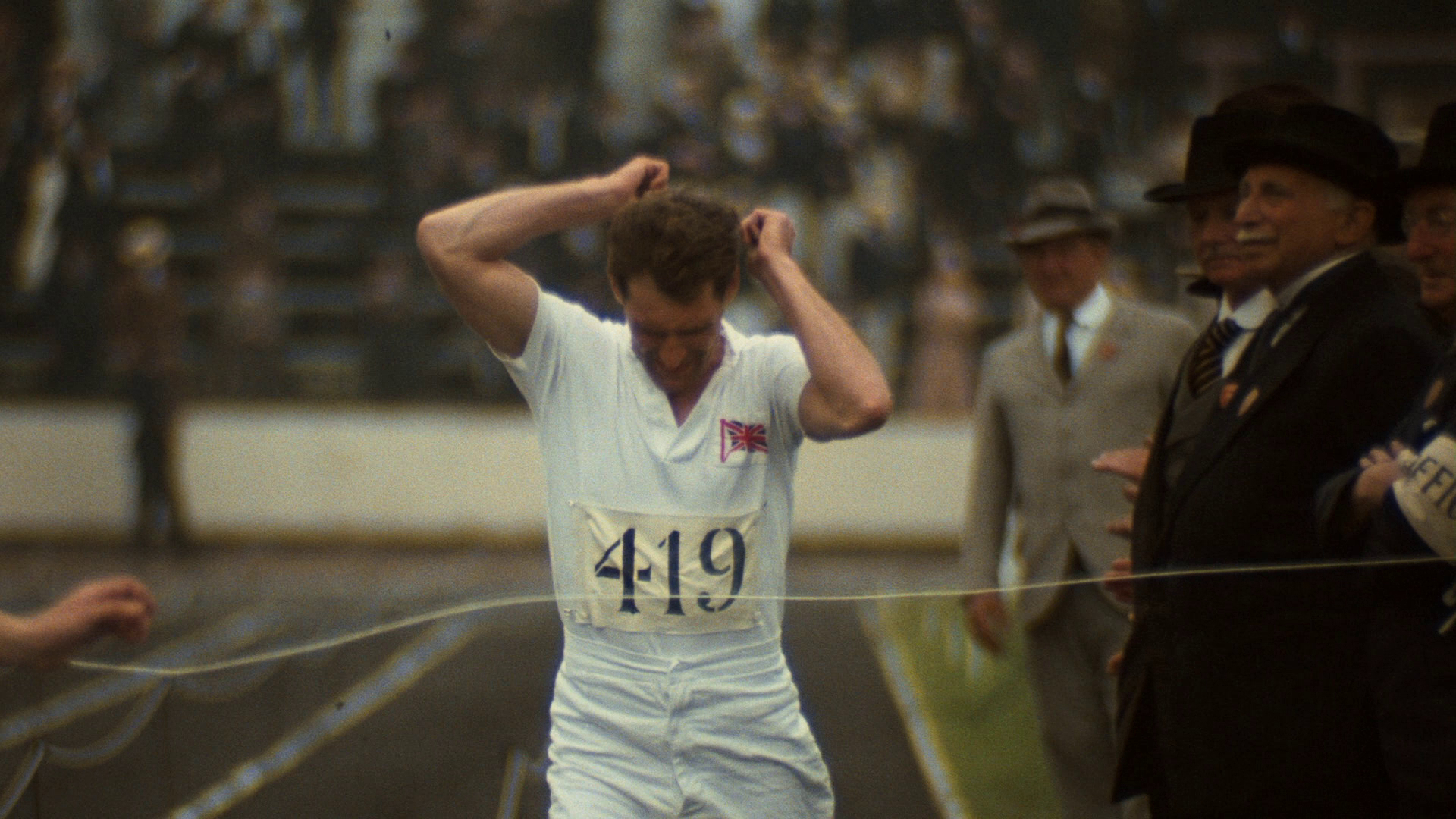 This 1981 Best Picture Academy Award winner is known for its famous title sequence, in which a pack of British runners trudges through the surf on a blustery beach, but Chariots of Fire deserves to be recognized as grand, classic filmmaking. Unspooling as Olympic-hopeful runners Harold Abrahams and Eric Liddell face outside resistance in 1920s Britain, Chariots of Fire depicts the sacrifice and vulnerability of each athletic with unpretentious sincerity. Warner Brothers provides Chariots of Fire with a lavish DigiBook Blu-ray release, and the remastered picture and extensive bonus features make this a must-own. Highly Recommended.