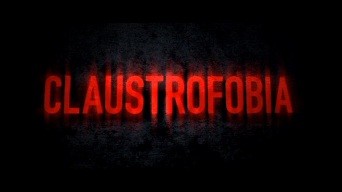 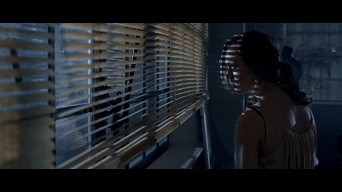 The Cabin in the Woods, a horror movie still playing in theaters here in the United States, led to some curious reviews, as part of the film's central appeal are the surprises it contained. More than one commentator, for example, began with the disclaimer that the flick was best viewed by an audience who didn't know much about it going in.

While the same may not be true per se of Claustrofobia, a Dutch thriller recently released Stateside on home video by Seminal Films, it nonetheless presents a challenge for reviewers like me. I'm realizing that it's difficult to discuss the movie without revealing some of its twists - and seeing those twists unfold are part and parcel what makes Claustrofobia an engaging 90 minutes of cinema. I'll do my best after the break.

Before that, however, anytime I review a foreign language movie for DVD Talk that doesn't have an English language dub, I feel the need to state that fact at the start. Some moviegoers refuse to read subtitles. If you fall into that camp, you're missing out on an atmospheric chiller - but you've been alerted now and can move on to some other web content here at the site. 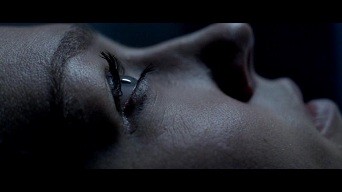 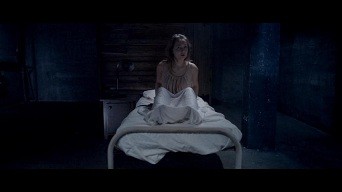 After a brief, well-filmed prologue in which a young girl seduces a young boy into a cruel prank that sees him locked up in a morgue by her (a scene that will inform the rest of the film in tragic ways), Robert Arthur Jansen's screenplay introduces a pair of first-year veterinarian students, Eva and Cynthia. Eva is having a hard time of it, since she's unwilling to harm even the smallest of animals, like rats, in her studies. Eva rents a new apartment from a creepy landlord, with a creepy man who stares out the window across the street. After a casting session seems to go awry (Eva seems more interested in acting than anything else), Eva goes clubbing with Cynthia, and they run into her new neighbor Alex. After partying with Alex after hours, Eva falls asleep in her apartment only to awaken in a dingy cellar, chained to a bed, with a man in a gas mask as her jailer.

In a nutshell, that's all the plot that can be given without spoiling Claustrofobia too much. What I appreciated about this movie is that it has an intelligent protagonist convincingly portrayed by Carolien Spoor, and she's supported by a strong cast. The screenplay offers several twists as it slowly reveals the identity of the masked kidnapper and his motives. The reveal about the mysterious man across the street from Eva's apartment was especially clever. In all honesty, the plot becomes a bit far-fetched, but the movie plays it 100% seriously - and its earnestness won me over despite its lack of realism. The gore effects / makeup are understated (no buckets of blood here), but horror hounds should appreciate their effectiveness when used. The minimalism on display here, in a way, adds to their authenticity and effect.

So ultimately, horror fans should enjoy this thriller from the Netherlands, as long as they don't have a hangup about subtitles. It's a bit of a shame that the DVD has no extras - but the movie alone warrants a Recommended rating. 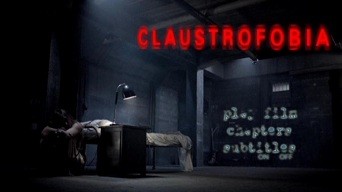 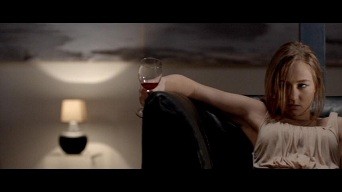 Seminal Films gives Claustrofobia an anamorphic widescreen presentation. Perhaps colors could have been a bit stronger, but the visual quality overall was quite satisfactory with sharp detail.

The lone audio track here is a Dolby Digital 2.0 affair in the movie's native Dutch language. Dialogue is well-represented - and the score is omnipresent but never overwhelms. Optional subtitles in yellow are available in English only.

Sadly, no extras are present.

While the premise gets a bit far-fetched, the Dutch import Claustrofobia treats its storyline deadly serious. In the process, the thriller offers good performances from its leads and several effective twists. It's best not to know too much going in. As long as they don't mind reading subtitles, horror hounds should find this abduction tale suspenseful. Despite the DVD's lack of extras, Claustrofobia is recommended on the strength of the film alone.