On paper it should have never worked; remaking a cult classic TV show from the 80s for a modern audience and casting two prominent but somewhat maligned actors as the leads. "21 Jump Street" the big-screen re-imagining of the late-80s Johnny Depp vehicle sure didn't pique my interest, but appearances can be deceiving. Directors Phil Lord and Christopher Miller, the funny minds behind the criminally underrated "Cloudy with a Chance of Meatballs" should have been the first indication, that "21 Jump Street" would be more than a cheap cash grab. The casting of Jonah Hill and Channing Tatum as gun-toting odd-couple Schmidt and Jenko working on a script from Michael Bacall ("Scott Pilgrim vs. the World") based on an idea by Jonah Hill defies all unfair expectations and cements itself as one of 2012's best mainstream offerings. 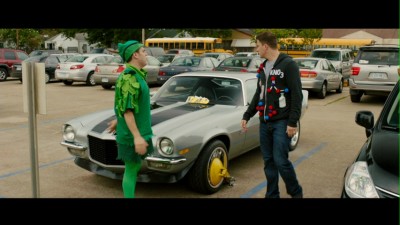 "21 Jump Street" is a highly self-aware film, establishing Hill's Schmidt as an initially overweight, nerd in high school while Tatum is naturally cast as the meathead, dumb jock. Flash-forward to the modern day and the pair, now adults at the police academy do what's logical and form a friendship, with the former helping the latter academically and the latter helping the former train physically. After a hilarious but disastrous first "arrest" goes wrong, the two are assigned by their captain (a great bit part by Nick Offerman) to a revived program from the 80s, because in his own words, there's no such thing as originality anymore. It's here "21 Jump Street" allows viewers to breathe a sigh of relief and prepare for an amazingly poignant and utterly hilarious action spoof.

Although a little long overall, "21 Jump Street" covers a lot of ground as Schmidt and Jenko are tasked by their new captain, a self-aware stereotype played by Ice Cube, to uncover a drug ring at a local high school, by gaining the trust of the school's dealer Eric (Dave Franco, the younger brother of James Franco). Through a classic sitcom-esque mix-up as well as a sly social commentary on changing times, their cover identities are swapped and viewers are treated to a classic role-reversal with Schmidt falling into play with the popular kids will Jenko finds friendship with the stereotypical nerds of the school. There's a lot going on in the film, but not once is the focus lost and the two actors handle characterization with incredibly skill and professionalism, with Tatum being the film's brightest spot. 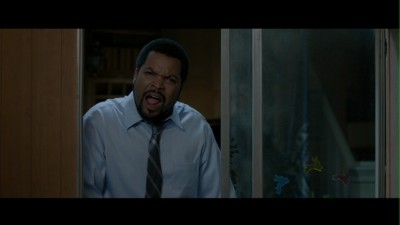 While having a successful career prior to this, Channing Tatum did have a reputation of being a limited actor, with little appeal to male audiences. "21 Jump Street" is his surprise breakout, demonstrating fearlessness by shattering the lame macho routine and going for broke, embracing the unlikely nerd stereotype while also proving to be the film's emotional heart and soul. Tatum has an amazing knack for comedy playing both the straight man at times and the buffoon without missing a beat; Hill also deserves much praise for not going over-the-top and managing to be endearing himself, largely due to his character's interactions with a love interest played by Brie Lawson but as well as his brother-like relationship with Tatum.

"21 Jump Street" is a breath of fresh air in a cloud lame comedies and middling action films, managing to make statements about stereotypes, friendship, while concurrently managing to spoof action films with incredible technical skill. A mid-film car chase reminded me very much of "Hot Fuzz" with its perfect balance of genuine thrills and meta humor. The over-the-top finale will also evoke memories of Edgar Wright's comic masterpiece and serves as a satisfying, logical conclusion to one of the best mainstream comedies in recent memory. The film holds up well on repeated viewings largely due to the quick wit of the script and memorable performances from Hill, Tatum, and Ice Cube who almost steals the show outright with a few angry one-liners. At the end of the day, lets hope at least, this film marks the first of many comedic forays for Channing Tatum as the film is the best boost to his career imaginable. 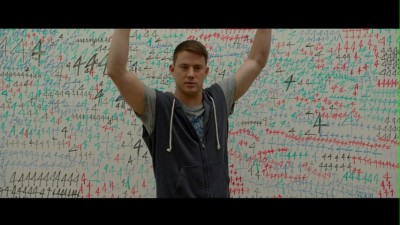 
The 2.40:1 anamorphic widescreen transfer features an attractive natural color scheme and more than acceptable contrast levels. Detail levels however suffer some mild but still noticeable DNR with mild compression artifacts also being a visible occurrence. Other digital tinkering such as edge enhancement however is not an issue.


The Dolby Digital English 5.1 audio track is far less aggressive than expected, notably during the film's two biggest action set pieces. Effects feel slightly dialed back, while the musical score isn't overpowering, even on bass heavy songs. Surrounds are used to strong effect though and never in a gimmicky way. An English 5.1 descriptive audio track and French 5.1 track are included as well as English, English SDH, French and Spanish subtitles.


Bonus features include a commentary with the film's directors and principle cast, a behind-the-scenes featurette titled "Back to School" and four deleted scenes, including the complete and incredibly hilarious sequence of Jenko in the band room. A code for an Ultraviolet digital copy is also included.

Smart, hilarious, exciting and endearing, "21 Jump Street" is a must-own for any fan of great comedy. Hill and Tatum have tremendous on-screen chemistry, not to mention comedy timing and the movie itself is a rare treat, embracing the absurdity of the concept while managing to throw in some broad and obvious but meaningful social commentary. Highly Recommended.