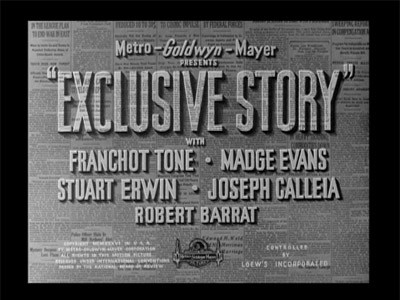 The brisk-paced racketeering drama Exclusive Story is a good example of the kind of reliable b-product MGM put out in the '30s. While other studios churned out formulaic b-movies that looked like program fillers, MGM's production standards were so high that even a routine actioner like Exclusive Story had a certain panache and polish which ultimately makes films like it comparable to the other studios' "A" releases.

Starring dapper Franchot Tone and gorgeous Madge Evans, Exclusive Story is one of the more recent releases from Warner Home Video's valuable Warner Archive series of made-on-demand (m.o.d.) DVD reissues. The film, although not particularly outstanding, is a fun flick worth checking out for those who enjoy snappy dialogue and breathlessly paced, action-filled drama. With a script inspired by the crime-busting New York district attorney Thomas E. Dewey, it brims with a colorful array of (stock) types including the crusading newspaper reporter, the decent-hearted old guy, and the damsel in distress.

Exclusive Story begins with a sight unusual in '30s films - black people, conversing in a relatively un-stereotypical manner! The fact that they're gamblers is not too progressive, but the scene adequately sets the mood that we're in for a gritty tale of underworld intrigue. These characters are among the small-time business people who are hounded by gangster Ace Acello, played with snaky menace by Joseph Calleia. Ace helps operate an illegal numbers racket for his boss Werther (Robert Barrat), terrorizing local business owners into participating. Among his victims is grocer Michael Devlin (J. Farrell MacDonald), who begrudgingly puts up with the man's bullying - although his daughter, Ann (Madge Evans) stands up to Ace's threats. Ann's frustration compels her to meet with crusading newspaper reporter Timothy Higgins (Stuart Erwin). Sensing a scoop and genuinely wanting to help the woman, Timothy pursues the story along with the paper's lawyer, Dick Barton (Franchot Tone). As the case against Calleia's gang heats up, Dick gets appointed by the city of New York as a special prosecutor to bring down Werther's racket. Then things get personal... 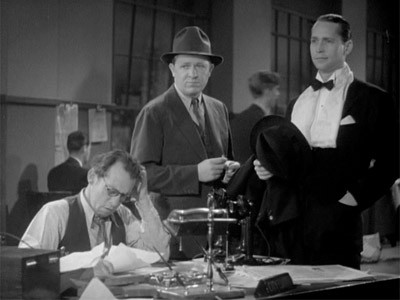 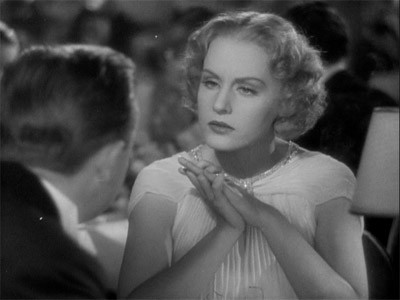 Packing a ton of story into under 80 minutes, Exclusive Story tends to get overly dense and hokey at times, but its meaty drama is well performed by an appealing cast. Although one usually thinks of Franchot Tone as the elegantly dull swell on the arm of Jean Harlow or Joan Crawford, he was actually a solid, capable actor and his work here is no exception. This is also a good showcase for the beautiful and strangely forgotten Madge Evans, seen here a couple of years before she quit acting to start a family. The biggest surprise here is Stuart Erwin as the reporter - his character gets more screen time than either Tone or Evans. Usually cast as the lovable dimwit, Erwin does a great job playing a conscientious family man who has a lot more depth than the usual wise-cracking reporter type usually seen in '30s flicks.

Exclusive Story was given smooth direction by George B. Seitz, who also helmed most of the Andy Hardy movies. Gritty material like this makes Seitz a somewhat surprising choice, since Andy Hardy never had to parachute down to a burning cruise ship the way Franchot Tone does here. The burning ship scene in question is effectively done on a small scale, with random bits of business and an immediate, real sense of terror. It's one of several reasons why this film is recommended. 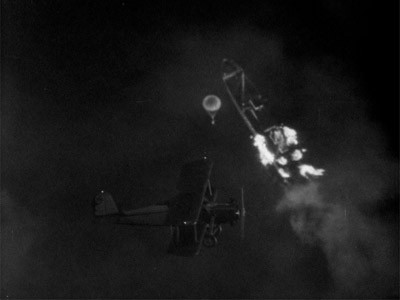 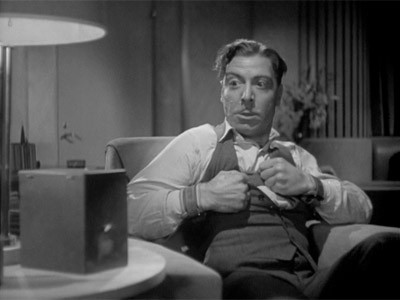 Although Warner Bros. didn't remaster Exclusive Story for this m.o.d. release, they did manage to use a nice looking print which has a moderate amount of specks and dust that don't detract too much from the viewing experience. The black and white picture is well-balanced with not a lot of instances of a too-dark or contrasty image.

Exclusive Story comes with a single, fine but not very showy mono soundtrack. No subtitle options are provided on this no-frills release.

Those who enjoy snappy, fast-paced b-movie excitement would find a lot to enjoy with MGM's 1936 corker Exclusive Story. At merely 73 minutes, perhaps the folks at Warner Archive should have paired it with another similar film on the same m.o.d. disc, but the film is so much fun that a purchase (preferably during one of their many sales) would satisfy the average thrill-seeking vintage movie fan. Recommended.