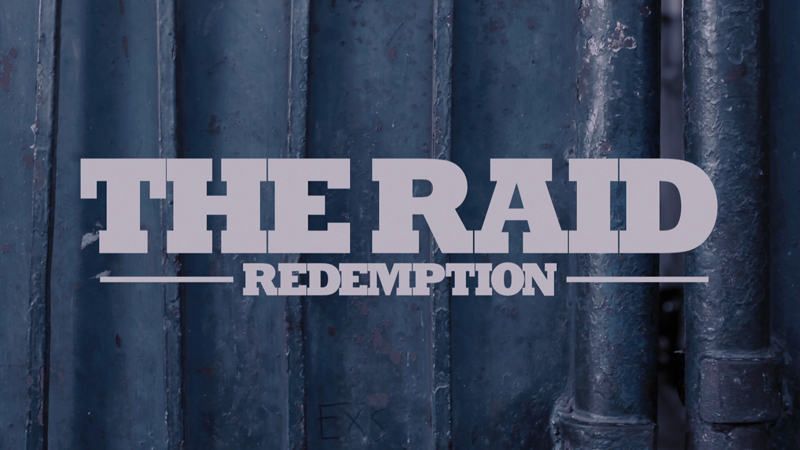 
The Movie
Like most people, my exposure to The Raid - Redemption had been limited to online clips of the film's epic hallway brawl, which highlighted the film's high-octane martial arts action. I would always compare it to clips I had seen of the very different hallway fight in Oldboy before that film arrived in the States. That fight was just a hint of what that great movie had to offer. Here, with The Raid - Redemption, it's more indicative of exactly what your getting; the film at the height of its powers. As such, it's not exactly the equivalent of putting all the good jokes in a comedy trailer, but it's certainly the film's raison d'etre, and when fists aren't flying, times aren't nearly as good.

Rama is a rookie SWAT team member, heading off to work, leaving his pregnant wife behind. Today's job is not an easy one, as the squad, made up mainly of untested young officers led by veteran detective Wahyu, will be infiltrating the 30-story stronghold of drug kingpin Tama, where he lives with an assortment of low-lifes and his two lieutenants, Andi and Mad Dog. Unprepared for what they are about to face, and tremendously outnumbered, not to mention facing issues inside the group as well, the SWAT team has to make it through a gauntlet of bad guys armed with rifles, machetes and more. Not to give anything away, but it goes badly. 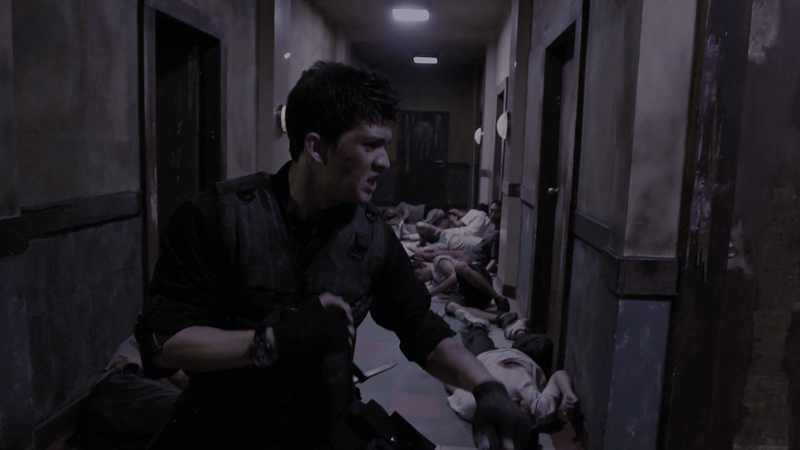 What starts as a tactical mission quickly devolves into a constrained street fight, and that's where the fun starts. In director Gareth Evans' hands (and those of his team of fight choreographers), the battles are transfixing hyperkinetic ballets. The fighting art is a lesser-known form called silat, which involves a lot of blocking and moving from high to low, which makes for constant movement and fighting, whether they are standing or on the ground. The crew developed some seriously innovative fight scenes that are more exciting than anything seen in action movies in a long time. The films' climactic battle is particularly brutal and visceral, and though it goes on way further than human endurance could ever allow, that's not what you're thinking about as they trade punches and kicks. 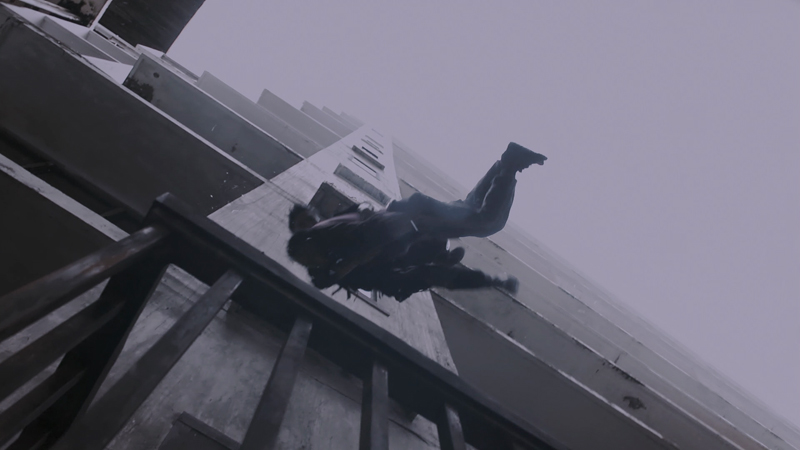 The Disc
The film arrives on a single Blu-Ray disc, which is in a standard Blu-Ray keepcase with an insert for the Ultraviolet copy. The disc has an animated menu, with options to watch the film, select scenes, adjust the set-up and check out the extras. Audio options include English and Indonesian/Bahasa DTS-HD Master Audio 5.1 tracks and Portuguese, Spanish (Castilian and Latin) Dolbut Digital 5.1 tracks, while subtitles are available in English, English SDH, Portuguese and Spanish (Castilian and Latin.)

The Quality
The 1080p AVC-encoded transfer looks good, but it's definitely lacking in terms of greatness, more than likely a result of the film's low-budget production. The level of fine detail is rather low for Blu-Ray, with the textures and minutia looking a touch soft. On the plus side, this lack of detail keeps the CGI work from standing out too much. The color palette is severely cold, a purposeful choice, and it comes across well on this release, while the black levels can get inconsistent (though thankfully not during the scene where the black level is all-important.) There are no real noticeable issues with digital compression, though with all the action, it could simply be camouflaged by all the high-speed movement.

You've got a choice when it comes to experiencing the sound of The Raid - Redemption, with a few DTS-HD Master Audio 5.1 soundtracks to pick from. If you want the version aimed at North America, you can hear the dialogue in English or the original Indonesian, with a new score by Linkin Park's Mike Shinoda and composer Joe Trapanese. Otherwise you can enjoy either language with the original score. After listening to both, Shinoda's track sounds far more aggressive, as you'd expect from the hip-hop/rock musician, which fits the film's explosive feel, but the sound effects also sound stronger. The original certainly sounds good, but Shinoda makes the room quake a bit more with his electronically-influenced sounds. The sound effects are so prevalent around the room that it's hard to tell if there's anything particularly dynamic about it, thanks to the hail of bullets coming from all sides. It's certainly a concussive affair that will put you right in the line of fire.

The Extras
First out of the gate is a feature-length audio commentary with Evans, who offers basically everything you'd want from a track on a movie like this, starting with info on his background (since it's rather unique to have a guy from Wales directing an Indonesian martial-arts film), before moving on to plenty of production info, including how scenes were shot and how stunts were achieved, including one brutal accident. It also features the first discussion of Shinoda's new score for the film, which is a huge theme of the disc. Unfortunately, because Evans is so detailed and exhaustive in his discussion of the film, much of what he says on this track is repeated in other extras.

That starts in a set of six video blogs that go behind the production of the film. Running a total of nearly 40 minutes, these pieces, loaded with interviews and on-the-set footage, covering the preparatory bootcamp the actors were put through, the location and prep work, make-up and special efffects, specific scenes from the film and the post-production effort. Some of this repeats topics from the commentary, but getting to see what's happening on set makes it better.

A post-screening discussion is the subject of the 40:40 "An Evening with Gareth Evans, Mike Shinoda and Joe Trapenese," hosted by Cinefamily's Hadrian Belove. Many of the stories shared you've heard in the earlier extras, but there's a Q&A as well. Though Shinoda and Trapenese get to sit next to Evans, they don't talk much, leaving their spotlight to come later, starting with "Behind the Music" (11:05.) Here, the musical duo talk about how they got involved with a film that had already been scored, and their thoughts on the formation of the music in the film. And if that wasn't enough Shinoda, you can check out "Inside the Score," (1:23) a trailer focusing on his musical contributions, and the four-part "A Conversation with Gareth Evans and Mike Shinoda" (11:30), where he interviews Evans (getting basically all repetition) and gfets to talk a bit more about his score. Sure, Linkin Park is popular, but this seems like a lot of focus for the score of a film.

Two awesome throw-in arrive in the form of animated viral promotional pieces for the film. First is "Claycat's The Raid" a 2:56 retelling of the film done in claymation, with cats instead of people. It's twisted and cute and awesome, rolled in a ball of yarn. Then there's "TV's The Raid (circa 1994)," a VHS-quality commercial for an anime version of the film, which again, is beautifully constructed. It's nice to get a couple of goofy bits for such a serious film.

The on-disc extras wrap with the film's two-minute trailer that will grab you instantly and a selection of other previews. Also included is a code for a downloadable Ultraviolet copy of the film. 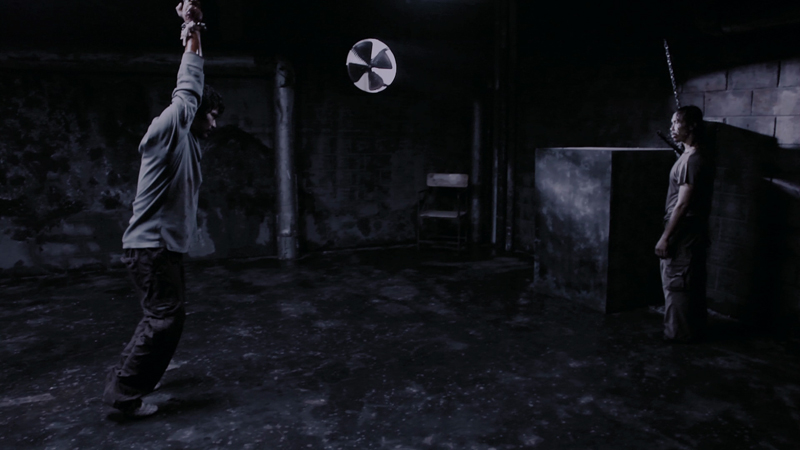 The Bottom Line
I don't need to be constantly fed violence to enjoy a movie, but when that action is so incredibly powerful and exciting, if there's not enough of a plot or character development when bones aren't breaking, it becomes overwhelmingly dull, and pulls you out of the film. The fight scenes are quite incredible though, and come close to overwhelming the issues with pacing entirely on their own. The Blu-Ray looks and sounds good, but not great, but is loaded with bonus content. especially for Linkin Park fans looking to hear from Shinoda.