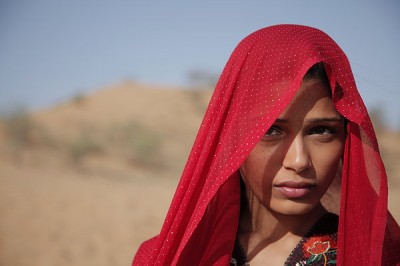 I'm just going to come out and say this: Trishna is a bummer.

A well-made, well-acted bummer, but a bummer all the same. Get ready for a bummer summer with Michael Winterbottom.

The British director, who has had previous good luck transposing 19thcentury literature to modern times with movies like Tristram Shandy: A Cock & Bull Story, has taken Thomas Hardy's novel Tess of the D'Urbervilles and removed it from the English countryside and the late 1800s. It is now the story of a pure girl living in poverty in India who is beset upon by craven men and the opportunities they bring.

Freida Pinto (Slumdog Millionaire, Miral) stars as Trishna, an unassuming village girl who makes regular pilgrimages into the closest town to work special events at the hotel. There, she meets privileged British-Indian immigrant Jay (Riz Ahmed). He immediately takes a liking to her, and when an accident puts her father out of work, Jay offers to give her a job at his dad's hotel in a city several hours away. Trishna immediately accepts. There, Jay's helpfulness turns to something more, and Trishna leaves in disgrace--only to have her expectations upended when Jay comes and takes her to Bombay, where she becomes his live-in girlfriend.

This portion of Trishna is all well and good. Winterbottom and his regular cinematographer Marcel Zyskind (The Killer Inside Me) depict life in the packed streets of Indian cities as a vibrant, moving organism unto itself. Trishna and her benefactor zoom in and out of traffic on his motorbike. Activity and color are everywhere, the cafes are packed with conversation, and it's possible to walk down the street and bump into a film set shooting the latest glamorous musical. Trishna's world is one run by manners, and Jay's courtship is aggressive, yet proper, making for an understated, understandable romance. Winterbottom, who also wrote the script, relies on the unspoken to underline the deeper consequences of Trishna's choices. She is a quiet dreamer who learns dances from the Bollywood productions she sees on TV. Freido Pinto imbues her with an unassuming gravity. Her watchful, mournful eyes prove to be effective tools in the actresses' arsenal, suggesting she is more than merely the pretty face other filmmakers have squandered (i.e. Rise of the Planet of the Apes). 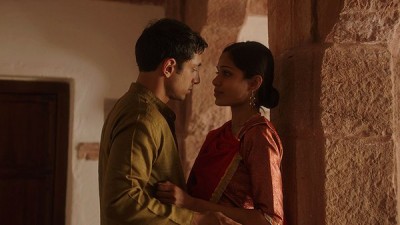 Unfortunately, good times crumble after secrets are shared in Bombay, and Jay's affections change for her. The final third of the film sees him relegate Trishna to the role of servant, and he visits humiliation after humiliation on her, indulging both his grief over a family tragedy, his disappointment in his new lot in life, and also exacting revenge on Trishna for having made an important decision without him. It's complex villainy. Riz Ahmed's performance is captivatingly insidious. His charm is a mask for his meanness. His eyes are cold and sharp throughout the film, the opposite of the woman he claims to love.

And yet, Winterbottom's screenplay seems to be lacking something. He largely leaves the audience to pull its own meaning out of what we are seeing. The silent reserve fails Trishna. There is no insightful dialogue to let us in on what she is experiencing, nor is there any compelling visual aesthetic to hold our interest while we watch the poor girl suffer. I must admit to having never read Tess--or more accurately, having never finished it; it was assigned in my AP English class in 12th grade and I ended up winging it on the test--so I can't say how accurately Winterbottom sticks to the original story. Then again, it might have been the heaviness that put me off the book all those years ago. The filmmaker is no stranger to Hardy, having previously adapted Jude and The Claim. I never saw the latter, but the former was a downer, too, and was mostly notable for featuring a young Kate Winslet. Michael Winterbottom knows how to casts his actresses.

There's no central moment where Trishna went wrong. Like the title character herself, the film simply slides into a very unpleasant place, and much like her, we really don't want to be there. Things are somewhat saved by a rather powerful climax. The final scenes are probably Freida Pinto's finest moments on celluloid. It's a little too little, too late, however; the audience I saw Trishna with struggled to pull any catharsis out of what went down. I could feel some of them wanting to cheer or even give Trishna a "You go, girl!" but they mostly came up empty. 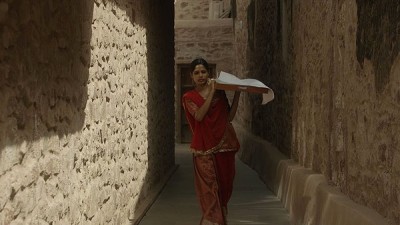