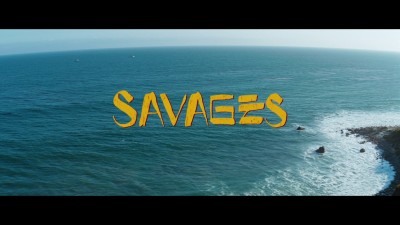 Oliver Stone is an emotive, visual filmmaker known to overindulge in pulpy fiction to mixed results. Stone's best films, like Platoon and Wall Street, are brash and probing, while his duds, like Alexander, are bloated and overwrought. Stone's latest film - Savages - falls somewhere in between. Adapted from Don Winslow's novel, Savages follows two young pot producers in love with the same women as they fight off a vicious Mexican cartel. 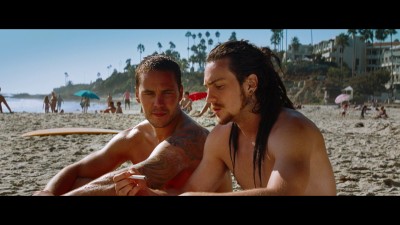 Stone's visual flair threatens to overwhelm leads Aaron Taylor-Johnson, Taylor Kitsch and Blake Lively, but veterans Selma Hayek, John Travolta and Benicio Del Toro fare better in supporting rolls. For such lurid material, Savages is almost too relaxed, which lowers the tension and makes the film less involving than it could have been.

Laguna Beach bums Chon (Kitsch) and Ben (Johnson) develop a premium strain of weed with seeds Chon smuggled out of Afghanistan while serving in the Navy. The pair lives in a fancy beachfront abode, and both men love sultry surfer girl O (Lively), who returns their affections equally. Just as the boys' business hits its peak, Elena (Hayek), the leader of a Tijuana cartel, sends her enforcer, Lado (Del Toro), to push Chon and Ben into joining the business of profit sharing. Dirty DEA agent Dennis (Travolta) tells the boys to join the cartel or wind up decapitated in a ditch, but Ben balks at joining an organization that kills without remorse. 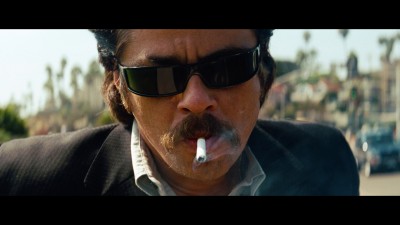 From the film's early scenes it's clear that Stone adopted a laidback Laguna vibe for Savages despite the dark material. Lively's breathy narration and the sun-drenched visuals purposely clash with Lado's brutal enforcement tactics for the cartel. Savages sashays between genres and is at once a bloody actioner, intense drug drama and off-kilter romance. Perhaps this mishmash of elements accounts for why Savages is sometimes uninvolving. During its two-plus hours, Savages assaults the viewers with graphic violence, steamy sex and a twisty narrative, but I found my mind wandering away from the events on screen more than once. Although Chon and Ben are threatened with death and dismemberment, the villains are caricatures and the stakes never seem that high.

Stone's handling of the material lessens its overall intensity, but gives the audience a lot of enjoyable face time with Hayek and Del Toro. As the leader of a cartel, Elena must be ruthless, but she does not appear to enjoy the responsibility. 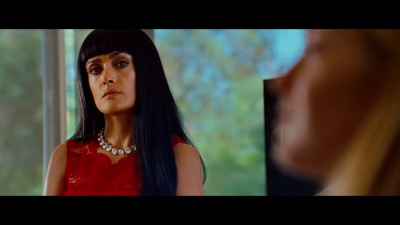 Her relationships make her vulnerable, and Elena is familiar with loss. Hayek is pretty great here, and reminds the audience she has wit and dramatic chops to back up her beauty. Del Toro furiously chews up the scenery and spits it back out. In one amusing scene, Lado leaves work to deal with his domestic chores, and even the stone-cold triggerman is not above having a sassy wife and daughter. Travolta, sporting some interesting hair, embraces his inner schlub, but Savages reveals a motivation late in the film that softens his character's flaws.

Taylor-Johnson and Kitsch are never overwhelmed by the material, and I found nothing overly lacking in either actor's performance. Lively seems to draw a lot of undeserved ire, but she dances gracefully with some of the film's most awkward dialogue. Her narration at times feels forced, but it's Stone who allowed a line about Chon having "wargasms" into the film. The love triangle at the heart of Savages is a strange beast. The film asks the audience to roll with it, but never gives any particular reason that Chon and Ben are so obsessed with O.

Savages is a bit of a mess, but it's also an entertaining ride. There is more than enough humor to compensate for the less-satisfying drama, and the cast is game for Stone's visual storytelling. Stone's fake-out toward the end of Savages angered some fans of the novel, but I think the ending works fairly well in Stone's film. Savages is not quite as good as I wanted it to be, but Stone's ambition is rarely wasted. 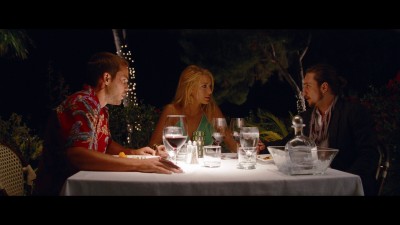 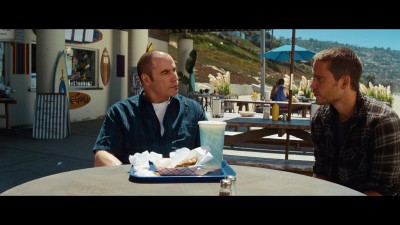 Stone's film is quite frenetic, with hyper-stylized editing, blown-out highlights and varying film speeds, but this 2.40:1/1080p/AVC-encoded is every bit as polished as a recent high-definition release should be. Detail is excellent across the board, whether in close-ups or wide shots, and texture is abundant. Colors are absolutely striking, and the sunbaked skin tones are true to form. Black levels are good, and any crush is intentional. I noticed some slight aliasing, but no compression artifacts.

The 5.1 DTS-HD Master Audio track is similarly impressive, and at times absolutely rumbles the home theater. Dialogue is crystal clear, with plenty of directional chatter, and is layered appropriately with effects and music. Clarity and range are excellent, and effects pan the sound field. The rear and surround speakers are used to great extent for action and ambient effects, and the subwoofer eagerly supports explosions and gunfire. The music and score leach into the rear speakers, and viewers are treated to some pounding bass to support the tunes. Spanish and French 5.1 DTS tracks are also available, as is an English 2.0 DVS track on the theatrical version. Subtitle options include English SDH, French and Spanish.

Savages arrives on Blu-ray in "combo pack" form from Universal Studios. The set includes the Blu-ray, a DVD copy of the film and codes for UltraViolet and iTunes digital copies. The discs are hosed in a standard Blu-ray case, which is wrapped in a matching slipcover. The Blu-ray includes two cuts of the film: Theatrical (2:10:58) and Unrated (2:21:10). The differences are minor, but even the theatrical version feels slightly overlong. Extras include: 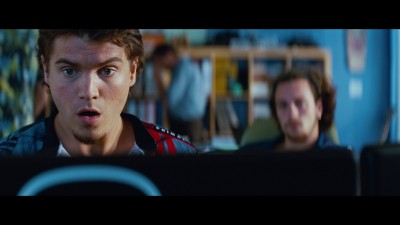 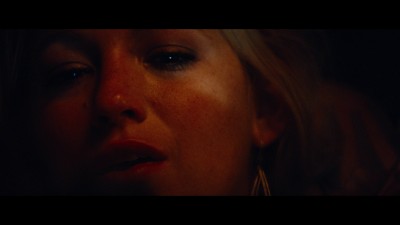 Oliver Stone's Savages is a bold, messy experience that is never as sharp as it could be. Taylor Kitsch and Aaron Taylor-Johnson are two pot producers that run afoul of a Mexican cartel and find their shared girlfriend, played by Blake Lively, in danger. There is plenty of action, humor and unconventional romance in Savages, and supporting players Selma Hayek, Benicio Del Toro and John Travolta are entertaining. Savages meanders and is somewhat uninvolving at times, but is certainly ambitious enough to warrant a viewing. Rent It.