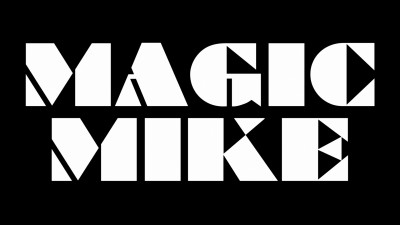 After leaving a screening of Magic Mike, I was hustling toward the parking lot when I ran into a fairly conservative friend from high school. After we exchanged pleasantries, the inevitable happened: "What did you see?" he said. My movie buddies had scattered, leaving me to fend for myself. My palms begin to sweat, and I tried in vain to think of a quick lie. 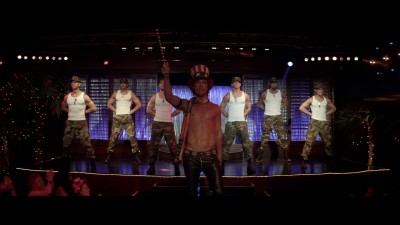 "Uhm, Magic Mike," I said, "it was really funny, and it's from Steven Soderbergh!" My friend seemed concerned, possibly because most people know Magic Mike as "the male stripper movie with Channing Tatum." I won't argue with that, but Soderbergh's latest is more than a male revue for women who wouldn't be caught dead inside a strip club. Magic Mike is inspired by its star's stripper past, and makes good use of both Tatum and Matthew McConaughey, who plays a sleazy club owner. Magic Mike has more under the hood than G-strings and lap-dances, and its script from Harvard alum Reid Carolin is sharp and laugh-out-loud funny. Magic Mike eventually takes a sharp turn down a dark alley, but Soderbergh proves adept at balancing the grit and gloss in his most casually entertaining film in some time.

Tatum's Michael Lane is not a hooker and he may or may not have a heart of gold, but he busts his ass doing odd jobs by day before taking it all off by night as "Magic Mike" at Tampa's Xquisite strip club. Mike wants to start a custom furniture business but is stuck in the role of thirty-year-old stripper for McConaughey's club owner Dallas until he can scrape together enough cash to improve his credit score. Mike recruits nineteen-year-old Adam (Alex Pettyfer), who becomes "the Kid" onstage at the club to the chagrin of his sister, Brooke (Cody Horn). The revue cast also includes "Big Dick Richie" (Joe Manganiello), "Tarzan" (Kevin Nash of the WWE) and Matt Bomer's Ken. 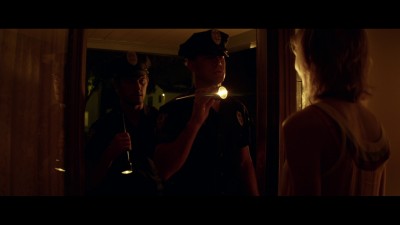 Dallas talks big about moving the club to Miami and cutting Mike in on the bottom line, but Dallas' allegiances are fickle.

Tatum has become a prolific actor as of late in projects like 21 Jump Street and Soderbergh's Haywire, and continues to show impressive comedic timing and a general likeability. Tatum told Soderbergh about his work as a male stripper, and the eclectic director decided to make Magic Mike. Mike and Adam drive the story, which sees the Kid become an integral part of Dallas' operation as Mike begins to pull away from the nightlife. Brooke makes Mike promise to take care of Adam, which he does to an extent, but Adam quickly falls in line with his wilder co-workers. Magic Mike riffs on the nostalgic idea of a stripper working her way through school, as the guys have other ambitions and acknowledge a certain separation from their on-stage personas. Dallas, however, has a marble bust of himself and is in the stripper game for the long haul. At one point Dallas reveals that if he could do it all again he wouldn't even go to high school. Dallas is both a parody and Soderbergh's not-unbelievable stereotype embodied.

Magic Mike is not 110 minutes of stripping. There are 15 minutes or so of dance action inside the club (sorry, ladies!), which were choreographed by Alison Faulk. These numbers don't involve a pole, but Tatum shows off his Step Up skills as a lustful soldier and a break-dancing Lothario. The cast seems to enjoy the group routines, and at times the actors appear on the verge of cracking up over the ridiculousness of it all. 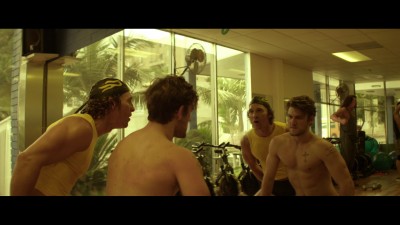 This is appropriate, as Magic Mike never takes itself too seriously. Soderbergh also gives Mike some interesting tics: Mike refuses to remove the protective plastic from his truck's interior and consistently forgets what his free-spirited grad student fling (the lovely Olivia Munn) is studying. Mike is duplicitous when describing his profession. He tells Brooke he can't wait to quit, but his actions reveal that he enjoys the attention on stage. The Kid is a hard-head who threw away a football scholarship, and he quickly sees dollar signs in risky side work slinging pills for club DJ Tobias (Gabriel Iglesias). Ultimately, Mike can turn off the crazy; the Kid cannot. Magic Mike does not necessarily promise a bright future for Adam.

Soderbergh appears on the verge of retirement despite a recent run of very entertaining projects that met with varying degrees of success. Magic Mike is a $100 million plus hit that I suspect would have been a lesser film without Soderbergh to class up the proceedings. The casting is spot on, particularly Tatum and McConaughey, and Soderbergh doesn't neglect the smaller roles. Bomer and Munn have little dialogue, but help move the story forward. Magic Mike is more universally appealing than it first appears. It works as trashy entertainment for a boozy girls night, but it's also a smartly audacious comedy with a dark undercurrent that appeals to a wider audience. Selfishly, I hope Soderbergh won't retire from filmmaking, as few directors dare to tackle as diverse a slate of projects as he does. Magic Mike is Soderbergh at his most jovial, and is an unexpected, crowd-pleasing treat. 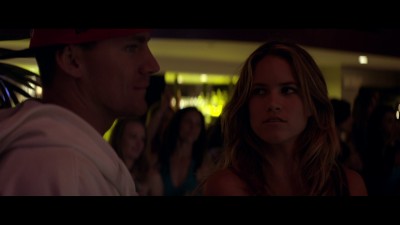 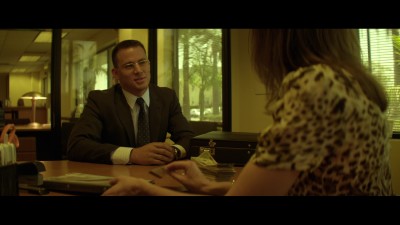 Soderbergh again uses Red Epic HD cameras on Magic Mike to create an impressive image that is accurately replicated on Blu-ray with this 2.40:1/1080p/AVC-encoded transfer. The film has a slightly hazy, dream-like appearance - perhaps to further the idea that the strip club is a fantasy world - and is not as immediately sharp as one might expect from a recent release. This is intentional, and Soderbergh makes sure to kick up the color and detail when the action is inside Xquisite. Despite the somewhat soft appearance, detail and texture are good, and the film has a pleasing, theatrical feel despite the absence of film grain. Black levels do get a bit murky - also likely intentional - and I noticed some minor macroblocking in a few darker scenes. Edges are free from halos, and I spotted no artificial sharpening.

The 5.1 DTS-HD Master Audio soundtrack supports the pounding club jams with ample downbeat subwoofer action and an active surround field. Clarity is excellent, and the pounding bass never overwhelms the dialogue. Ambient and action effects pan the sound field, and the music surrounds the viewer and places the audience amid the action. Soderbergh continues his frequent use of sound bridges, and there is absolutely no clipping or hiss on the track. An English 2.0 Dolby Digital track and French and Spanish 5.1 Dolby Digital tracks are also available, as are English SDH, French and Spanish subtitles.

Magic Mike gets the "combo pack" treatment from Warner Brothers. The set includes the Blu-ray, a DVD copy of the film and a code to stream a digital copy via UltraViolet. The discs are housed in a Blu-ray eco-case, which is wrapped in a holofoil slipcover. Soderbergh is again not involved in the disc's bonus features, which are disappointingly spartan. A commentary, behind-the-scenes documentary or an interview with Tatum about his stripper days would have been great, but all we get are Backstage on Magic Mike (6:56/HD), an EPK-style featurette about the film; some Extended Dance Scenes (8:48/HD), which feature performances by Bomer, Manganiello and Adam Rodriguez; and a Dance Play Mode (18:39/HD) that boxcars all the film's dance sequences into one reel. 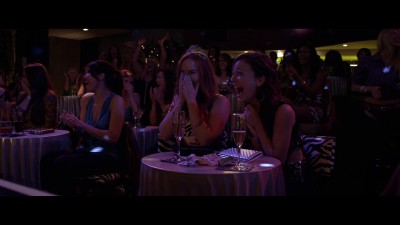 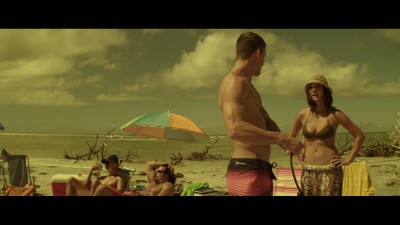 For better or worse, Magic Magic is not the two-hour male revue many hoped for and some actively avoided. Director Steven Soderbergh's film is inspired by Channing Tatum's work as a male stripper, and Tatum continues his streak of good performances alongside a perfectly sleazy Matthew McConaughey, who plays the owner of a Tampa strip club where Tatum, Matt Bomer, Alex Pettyfer and Joe Manganiello dance for dollars. Magic Mike is Soderbergh relaxed and, while it never dives deeply into its characters' psyches, Magic Mike is a surprisingly entertaining slice of nightlife. Highly Recommended.