Within half an hour of leaving the screening for Compliance, I was alternately asked if I liked the movie and what I generally thought of it. Both are very straightforward queries, and yet in correlation with this film, very difficult to answer. This, I would wager, is by design. Writer/director Craig Zobel wants you to have an uneasy relationship with his creation.

Compliance is based on a widely reported story from the early part of the last decade. A man passing himself off as a police officer called his local fast food chain restaurant and told the manager that the girl working the front counter was suspected of stealing from a customer's purse. The alleged cop told the manager to take the girl to the back room and search her belongings. When that yielded no money, he pushed the manager to carry it further and strip-search her. This was done over the girl's protests that she was innocent--which she was. There was no crime, at least not until the phone rang. The prankster convinced the manager to keep the girl locked up for the better part of the day and subjected the victim to an escalating string of humiliations. (In truth, it wasn't one case in real life, but a string of them.)

This incident provides the basis for Zobel's movie. The day doesn't start off well for anyone at the Ohio-based Chickwich where the story is set. It's Friday, their biggest day, and last night someone left the freezer door open, ruining $1,400 in ingredients. The manager, Sandra (Ann Dowd, Bachelorette), doesn't get along with her 19-year-old clerk, and she has enough on her plate already when the fake call comes through. Becky (Dreama Walker, from the sitcom Don't Trust the B---- in Apartment 23) doesn't take her job very seriously. Its not a big leap for the older woman to think maybe she did something wrong. The man calling himself Officer Daniels (Pat Healy, The Innkeepers) is a quick read of character, and he dismantles Sandra's protests and makes it personal for her and appeals to her belief in authority. It's a psychological game for him, and he pulls the same tricks on everyone he gets on the phone throughout the day, including Becky's co-workers and Sandra's boyfriend (Bill Camp). And, of course, the person who gets it the worst is Becky herself, whom the caller wears down to the point where she accepts even the nastiest degradation as inevitable. All up to the point when someone finally says, "Hey, I don't think this is the way it works." 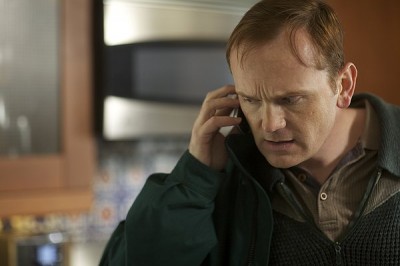 Zobel builds his narrative carefully, folding in everyday details and allowing enough time for personalities to develop to give Compliance the right air of credibility. His queasy storytelling, shot in cramped quarters by Adam Stone, creating an alternating sense of intimacy and voyeurism, is just this side of docudrama. Compliance feels real. Outside of Walker, most of the faces here aren't familiar, these people could be the fast food employees slinging burgers just down the street. Compliance quickly and effectively put me out of my comfort zone. Knowing that incidents of this kind actually happened, I braced myself for what I was about to witness. I spent the rest of the movie anxious and clenched, frustrated that these people so quickly fell into the caller's trap, but also caught up in wondering how far Zobel was going to take it and why I was watching it.

Which is exactly where evaluating Compliance becomes difficult. It's a well-made movie, and superbly acted. None of the performers at the restaurant hit a false note. They are confused and frustrated and, most of the time, genuinely lost. The only argument I'd have over Zobel's technique is his decision to show us the other side of the phone call. We start seeing "Officer Daniels" about midway through the movie, and seeing him at work, being able to read his face, actually removes some of the creep factor from the situation. I'm not sure if the overall narrative is served by watching him make a sandwich.

Then again, the question here still remains: why are we watching this at all? Though Zobel is careful in what he shows, and I'd argue manages to avoid making the more scandalous developments exploitative, there are still some aspects that I, as a viewer, found troubling. For starters, as a straight man, I'd be lying if I claimed I didn't want to see Dreama Walker naked or gotten a sense of payoff when, after some cajoling, she did shed her clothes. Is this a position Zobel intended to put me in? Quite possibly. The inherent irony in a film like Compliance is that, in a manner of speaking, the filmmakers have made us complicit. Somehow, they've gotten every person watching the movie to go along with what is happening. We are choosing to stick with something that makes us uncomfortable.

This makes Compliance either a prank of its own, or a great social experiment. In compelling us to ask how good people could be duped into participating with something so terrible, Craig Zobel has proven his own point: we have now participated, as well. If that is Zobel's intention, then lesson learned. And yet, is the takeaway enough to justify what has transpired? Did this story need to be told in this way?

It's another question I have no real answer to. I can't say that I'm sorry I saw Compliance, but I'll think twice before allowing myself to be subjected to it again.