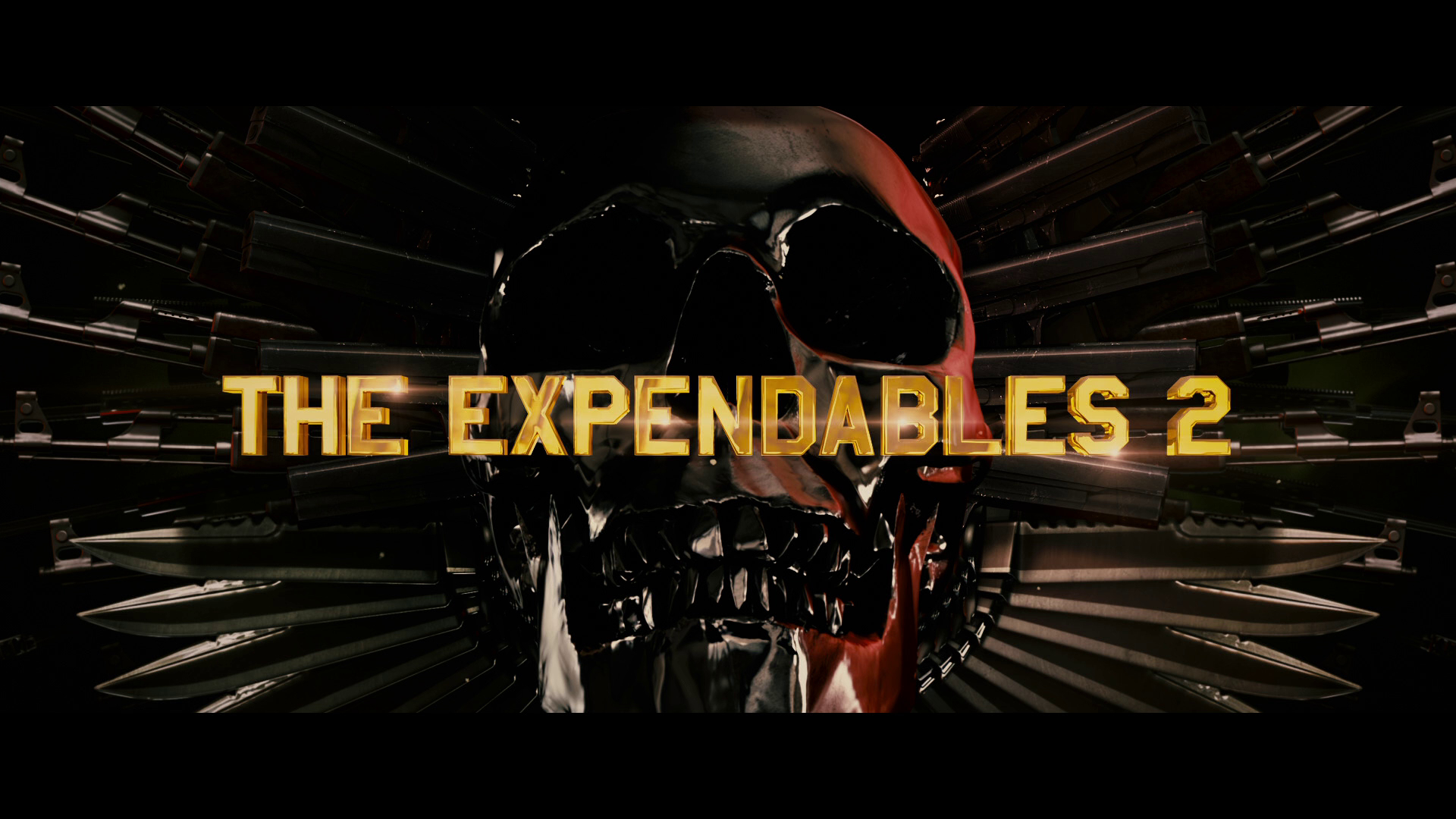 Sylvester Stallone admits that he didn't quite nail the tone of The Expendables. That love letter to 1980s action flicks and the stars that kicked ass in them felt a bit slipshod despite some enthusiastic directing by Stallone and eager help from recent star Jason Statham. Stallone hands the directing reins over to Simon West this go-round, but is still heavily involved in The Expendables 2, which is a superior film in almost every way. Statham, Dolph Lundgren, Terry Crews, Randy Couture and Jet Li return, as do Bruce Willis and Arnold Schwarzenegger in expanded roles. The Expendables 2 adds a dash of Jean-Claude Van Damme, as the villainous Jean Vilain, and two pinches of Liam Hemsworth and Chuck Norris to create a cinematic museum of immortal action legends. The Expendables 2 hasn't suddenly gained Oscar aspirations, but bigger action sequences and more believable character interaction results in the film viewers wanted from the start.

Barney Ross (Stallone) and fellow Expendables Lee Christmas (Statham), Yin Yang (Li), Gunner Jensen (Lundgren), Hale Caesar (Crews) and Toll Road (Couture) travel to Albania with new recruit Billy the Kid (Hemsworth) and CIA agent Maggie Chan (Yu Nan) to recover a computer hidden in a downed airplane. The group runs into Vilain and his henchman, who want the computer so they can locate a giant stash of abandoned plutonium. Vilain plans to sell the plutonium to the highest bidder, and CIA handler Mr. Church (Willis) strong-arms Ross into tracking Vilain after he steals the computer and leaves the Expendables in shambles. 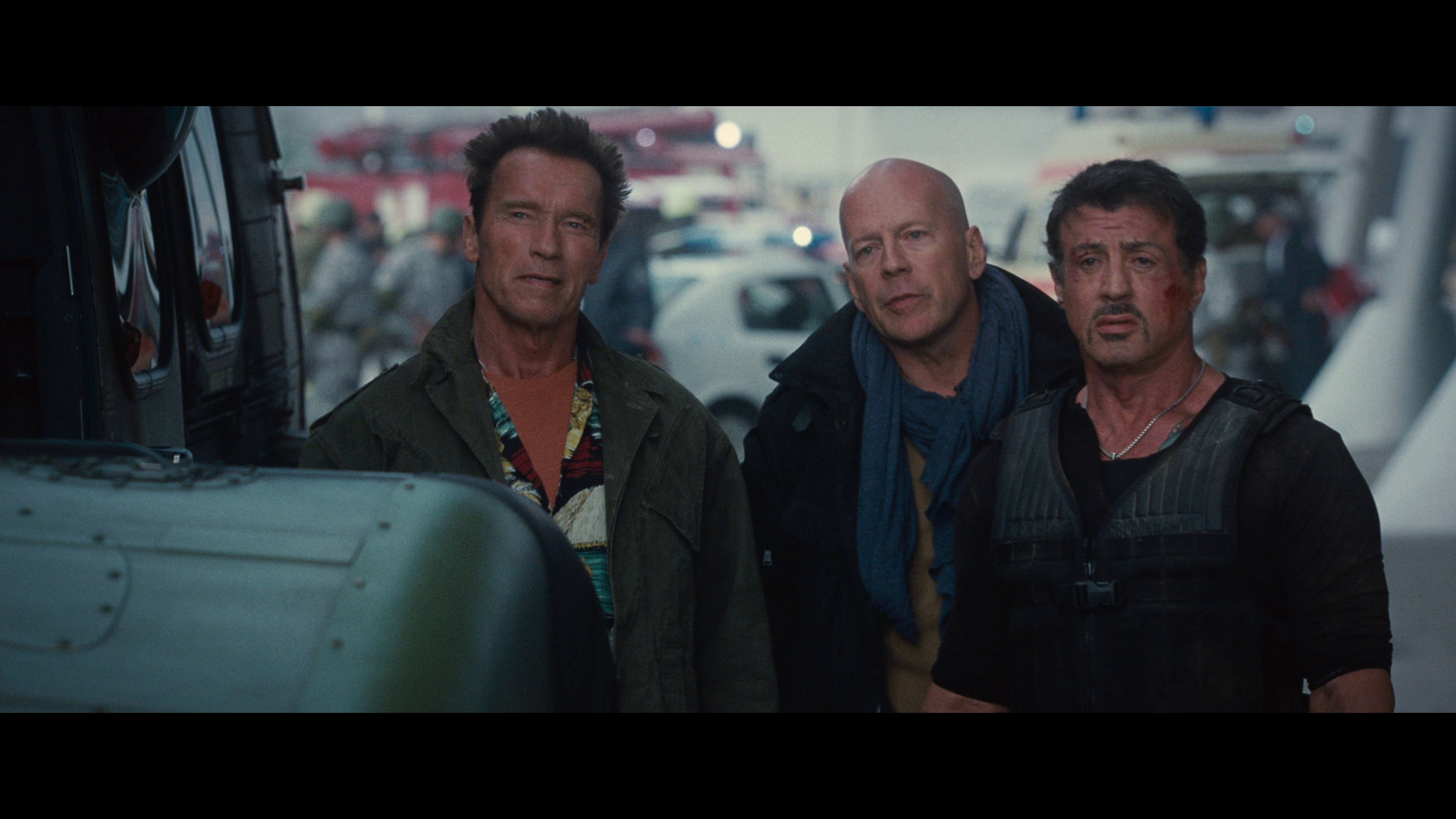 In the weeks before The Expendables 2 hit theaters, the Internet was abuzz about the possibility of it landing a PG-13 rating. Something about Chuck Norris demanding it. What Norris wants, Norris gets, right? Whoever started that rumor was wrong - either that or the filmmakers backtracked at the last minute - because the film is plenty bloody. Most of the carnage is the CGI-splatter Stallone used in Rambo, but an exploding head is an exploding head. The film kicks off with an extended action sequence in Nepal, where the Expendables unknowingly rescue Trench (Schwarzenegger), Ross' arch enemy, and things don't stop going boom until the end credits.

The whole concept just works better in part two. The film retains its hard-hitting action beats, and inserts an appropriate amount of self-depreciating humor and nifty "see what we did there" references to remain buoyant. At its core, The Expendables 2 is a generic, ripped-from-the-1980s tale of a standard-issue terrorist and the patriotic ass-kickers who fight him for country and cause, but that's the beauty of it. Van Damme appears in the best shape of all the veteran actors, and his Vilain serves up a mean roundhouse kick to the chest. Van Damme provides just enough menace to be taken seriously, but the seasoned actor is clearly in on the joke. 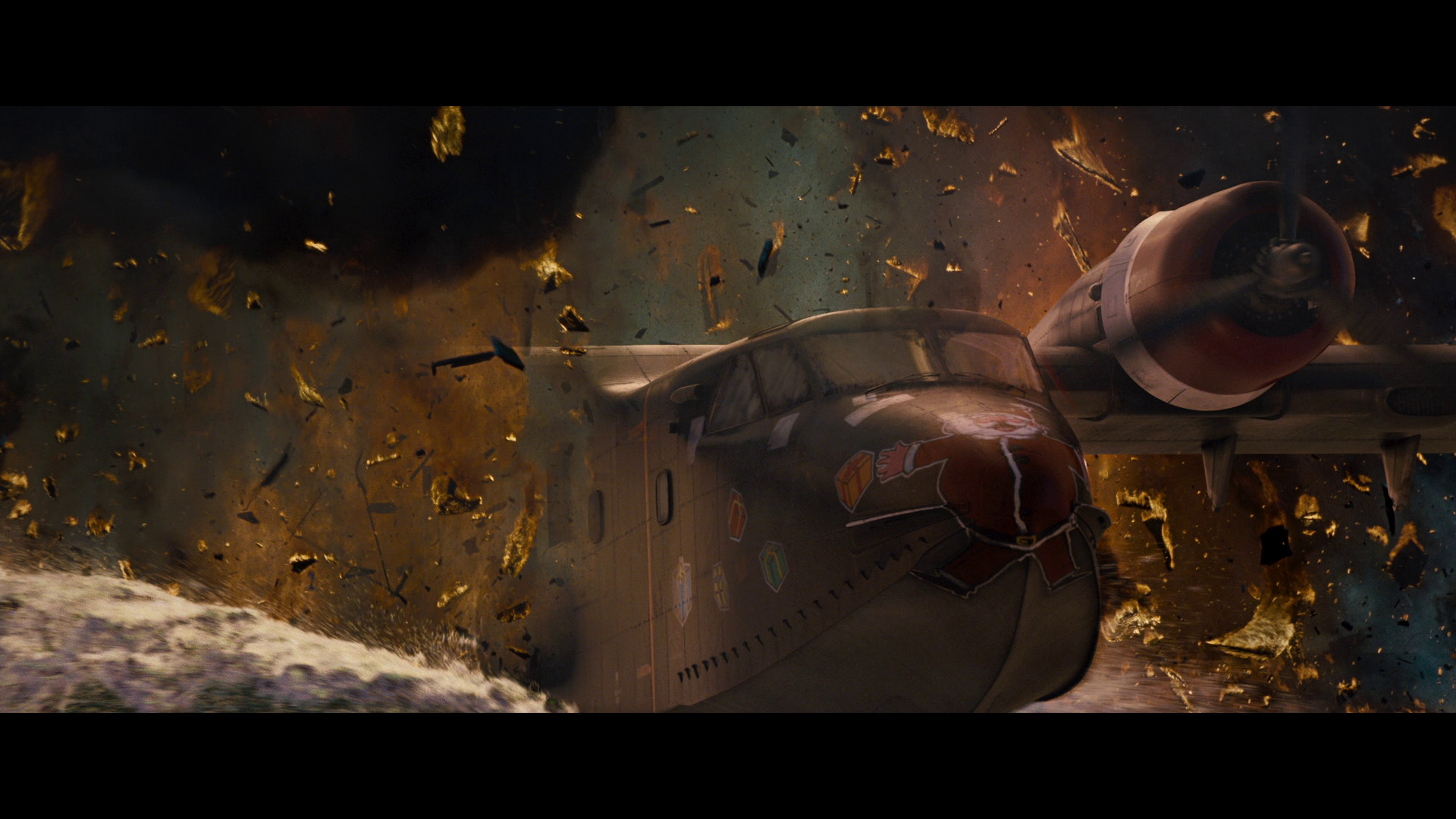 The film also bests The Expendables by putting the key actors in many scenes together. In the first film, it was obvious that Schwarzenegger, Willis and Stallone were not often in the same room, resulting in more than a few continuity errors and a general aura of half-assedness. The Expendables 2 solves that problem by lining up the talent for display. To avoid the "are they/aren't they" skepticism Michael Mann ran into with Heat, West lets his big guns interact in tight spaces and during action sequences too complex to cheat. That's not to say all the actors were together in every sequence; early shots aboard a China-bound airplane were shot in different soundstages.

Fans of the material know this series is about celebrating action stars, and, while Stallone and West let the core Expendables carry the movie, Willis, Schwarzenegger, Van Damme and Norris all get their close up. Willis is written into an action sequence this time, as is Schwarzenegger, who speaks only in lines recycled from his biggest blockbusters. Stallone apparently allowed the former governor to write his character's dialogue, which was a questionable decision, but I laughed out loud when the Terminator ripped the door completely off of a Smart Car. Director West, of Con Air fame, keeps the action coming. West is not as articulate a director as Stallone, but he has a keen eye for carnage and explosions.

Things wrap up nicely after an extended final showdown, and I left The Expendables 2 much more excited about the prospect of future films than I did in 2010. F**k yeah I want to see Clint Eastwood and Harrison Ford in The Expendables 3! Stallone has friends in high places, so I wouldn't be surprised if he recruits a whole new band of action legends for the next outing. Loud, violent and over-the-top, The Expendables 2 is served exactly as ordered. 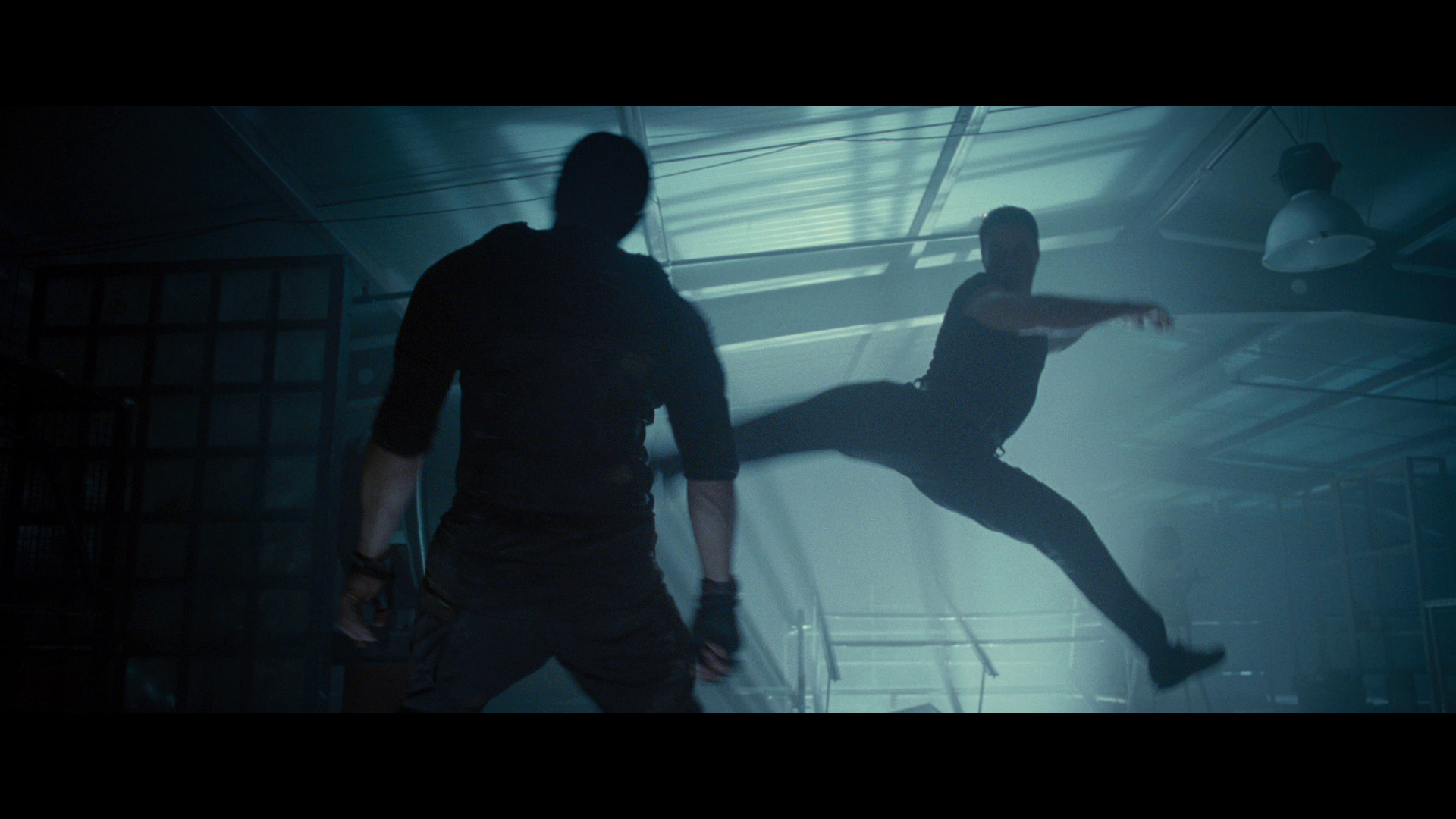 The Expendables 2 arrives on Blu-ray with a solid 2.40:1/1080p/AVC-encoded transfer. Shot with Panavision Panaflex Millennium XL2 cameras, the film has a bold, gritty appearance throughout. I want to first hypothesize a bit about the final look of the film, as it appears some visual tweaks were done in post. I think the filmmakers did a bit of smoothing, perhaps to soften the worn mugs of the veteran actors, before upping the grain digitally. This results in some mismatched grain patterns that overlay slightly waxy faces, but all signs point to this being intentional and not some transfer-specific flaw. Otherwise, detail is frequently exceptional. Close-up shots reveal intimate facial features, and wide shots are deep and textured. West shoots with a softer focus in some scenes, but this doesn't diminish the clarity of the image. Black levels are solid, and the browns, greens and reds of the color scheme are bold and well saturated. The film retains a pleasing layer of grain, and action sequences retain clarity. I noticed only minor aliasing, and compression artifacts are not an issue.

Audiophiles rejoice, The Expendables 2 is the first ever Blu-ray to offer a 7.1 DTS-HD Master Audio mix that is optimized for 11.1 DTS Neo:X playback! Your humble reviewer has not yet upgraded to such impressive technology, but I can appreciate the awesome power of the 7.1 mix. Those of you with 11.1 setups will surely enjoy the added clarity and separation of the extended mix. The main mix is consistently impressive. This is an immersive, aggressive surround mix that makes you realize the value of a home-theater surround-sound setup. Dialogue is absolutely clear throughout, and there is a fair amount of directional dialogue that pans the sound field. Viewers are placed amid the action, as ambient and action effects make great use of the surround speakers. The hum of airplane propellers buzzes in the rear speakers, the pop-pop of gunfire explodes from the left side of the room, and giant explosions kidnap the subwoofer and force it to shake the floor. Clarity is exceptional, and quieter scenes of dialogue are as pleasing as louder action scenes, which test the mix's excellent range. This is one of the best mixes I've had the pleasure to experience at home, and Lionsgate really delivers on this Blu-ray, which also includes an English 2.0 Dolby Digital mix that is "optimized for late-night viewing." A 5.1 Spanish Dolby Digital track is also included, as are English, English SDH and Spanish subtitles. 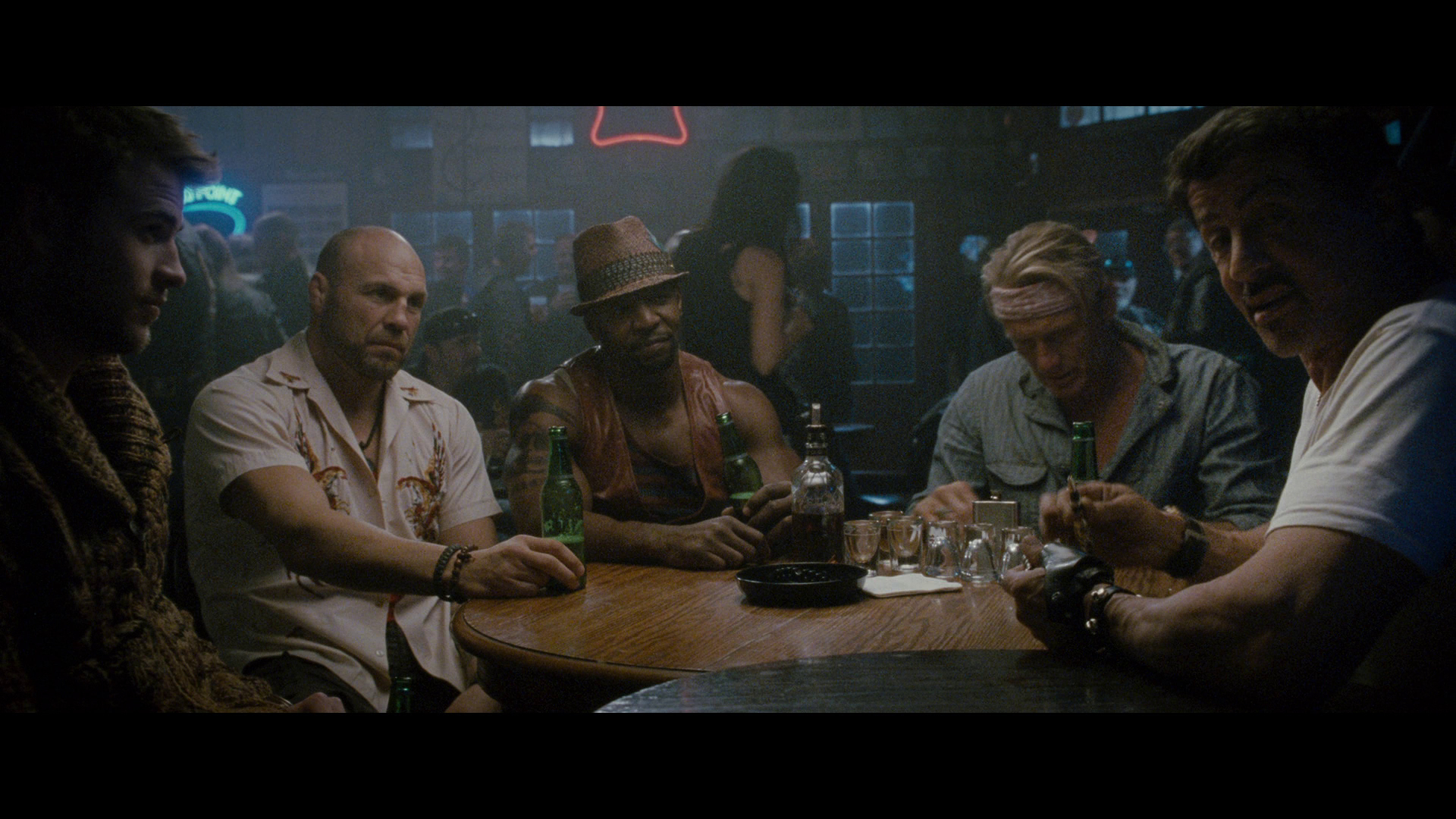 The Expendables 2 arrives in "combo pack" form from Lionsgate. The set includes the Blu-ray and codes to retrieve iTunes and UltraViolet digital copies. The disc is housed in a Blu-ray eco-case, which is wrapped in a glossy, embossed slipcover. The Blu-ray includes over 90 minutes of interesting extra features that are much better than the average EPK nonsense available on most recent releases. 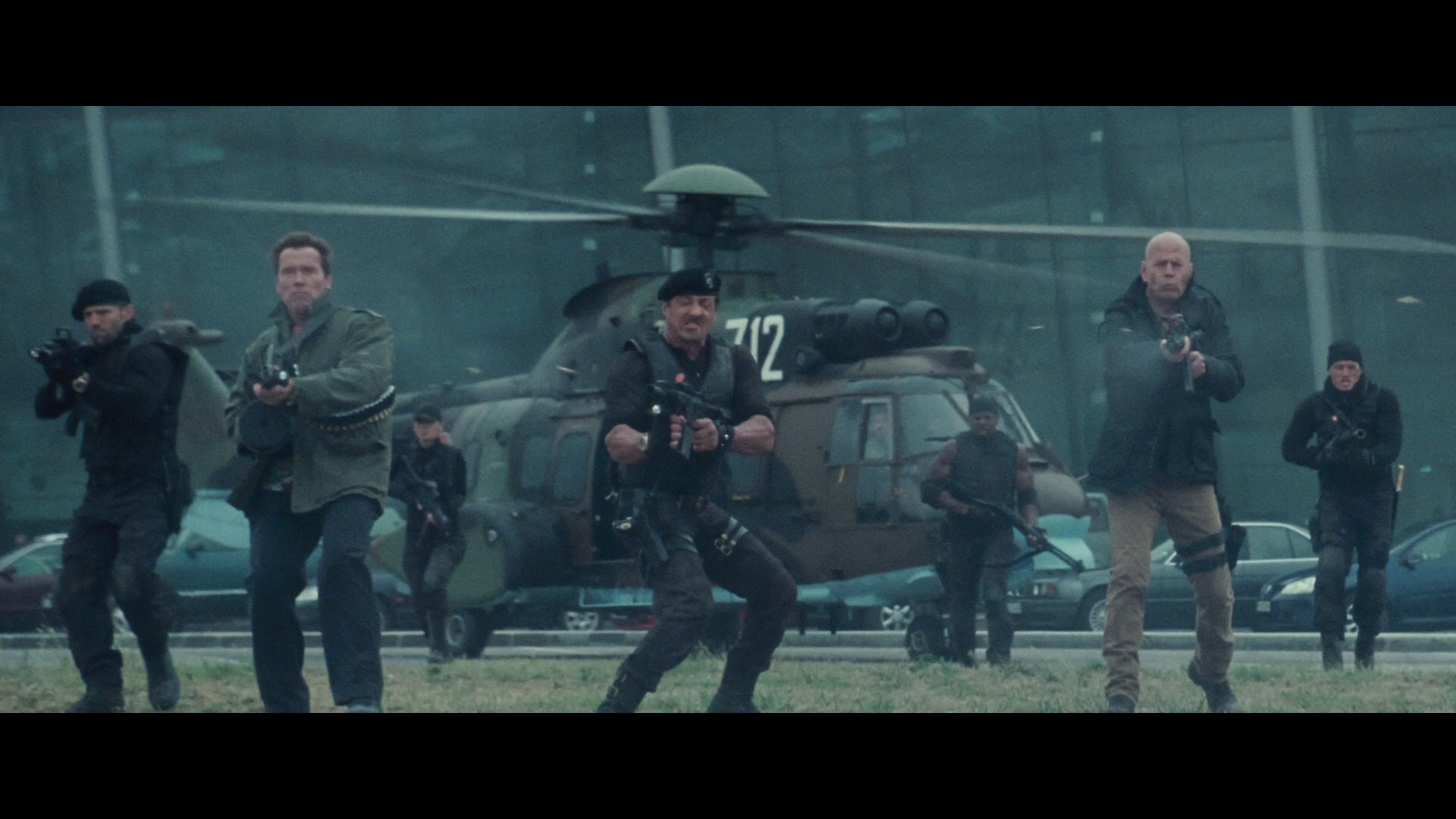