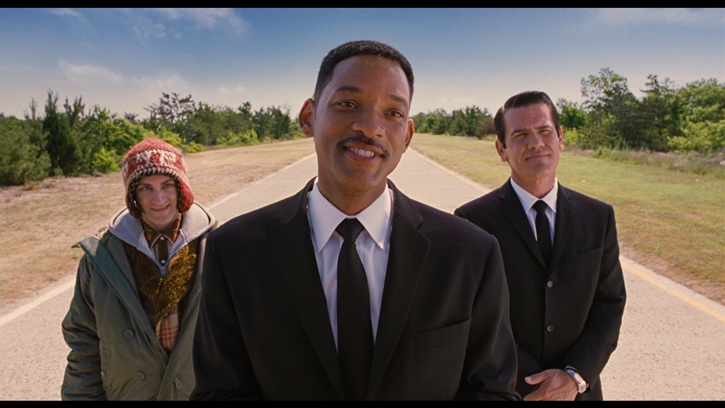 Men in Black 3 takes place years after the end of the Men in Black 2. This time around, Agent J (Will Smith) and Agent K (Tommy Lee Jones) are still sticking to their partnership and things seem to be showing no signs of altering in that way. However, Agent K seems to be tired of things at work and the news of an escaped alien convict named Boris the Animal (Jemaine Clement) becomes an overwhelming issue that drives Agent K to an on-the-edge attitude.

J quickly learns that K had stopped Boris before and that the issue was something of much more importance than their typical evil-alien crime bustin' business. Things were personal with Boris. J decides to dig deep into the past of what happened, but he can't get Agent K to tell him what happened.

As it turns out, J didn't need to ask K. Boris decides to go back in time while using a rare time travel device. Boris is thus trying to assassinate K so that he never becomes a prisoner in an alien compound K put him in so many years ago. This leads to J following suite in the whole timey-wimey time travel stuff, and he manages to find a way to travel back in time so that he can attempt to save his partner K (and perhaps the entire universe as well).

The results of this Men in Black time travel story? Men in Black 3 spends a lot more time in the 1960's with J meeting a young K (played to perfection by Josh Brolin). J gets to know how his partner grew into a grouch like he is in the "present" day. The results are decidedly humorous, entertaining, and bizarre as Men in Black 3 takes a first foray into the classic method of sci-fi storytelling known as the "time-travel plotline".

The performances here are impressive. Will Smith is always charismatic as a lead actor and he definitely delivers in this film. In comparison to the other two films, I actually thought he had found the best material to work with here. In the first film he was playing the rookie and he is certainly not given that kind of role here. Smith feels right at home as the leading hero. Brolin stands out more than anyone else, though. He completely steps into the role of Agent K in a way that is not mere imitation and not even remotely close to being unsuccessful. Brolin essentially becomes the character.  It's like he perfectly tapped into the same character and performed him as if he was a younger man. Brilliantly and surprisingly acted to perfection by Brolin; this was the stand-out role in the entire film. Jones excels in the same kind of snarky downplayed tone as in the previous films, but he is actually less involved within this film and he doesn't seem to have the same thrill in returning to play Agent K as Brolin had in stepping into that role for the first time.

Supporting performances in Men in Black 3 were also uniformly impressive.  I was especially delighted with both Jemaine Clement as the villain Boris and by Michael Stuhlbarg as future-seeing Griffith, an odd man with an ability to see the future's possible outcomes. Both Emma Thompson and Alice Eve also did commendable work in the role of Agent O (though there is certainly less time given to developing this character, which is unfortunate). 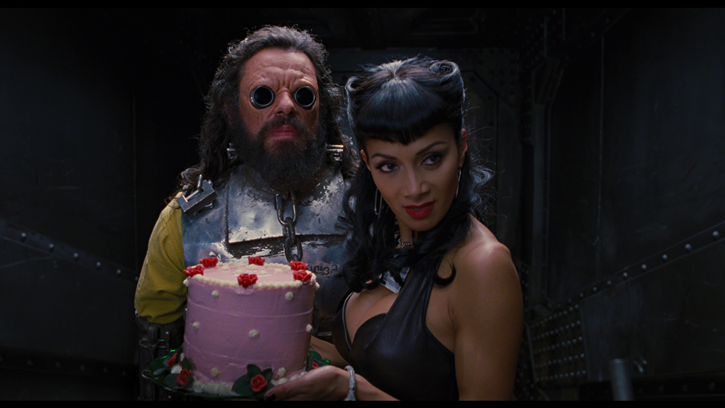 Luckily, it turns out that everyone involved in those decisions to film more Men in Black movies was on the right wave-length or something of the sort. The seemingly bizarre move to keep this as a franchise despite the potential of underwhelming box office returns for a third outing was decidedly smart in the long run.

Looking at the film from a technical standpoint is something that only delivers satisfying and surprisingly pleasant results. The first Men in Black film was cutting-edge at the time of its theatrical release in 1997. By the time the second film rolled around, it just wasn't the same. However, Men in Black 3 corrects most of the wrongs established by the second film. This applies to technological aspects as well. The effects are the best they have ever looked and everything done by the artistic team responsible for the special effects, creature effects, the make-up choices, and other technical wizardry areas are uniformly well-handled and it's so refreshing to see a sci-fi film that can blend high-technology with the upmost silliness as is displayed here.

Men in Black 3 actually manages to feel a lot like a live-action cartoon with all of the high-tech gadgetry, silly humor, over-the-top aliens, and stylistically offbeat diversions that are found on full display.  I don't usually like to refer to films like this (especially because I know cartoons actually vary more than many would like to give the art-form credit) but this film is silly and abundantly offbeat and it feels as though it was made for older audiences with a silly sense of humor. It is an offbeat experience that seems to be molded specifically from any hyperkinetic Looney Tunes origins that may have existed to influence the end product. This may be due to director Barry Sonnenfeld, who is enjoyable and lighthearted here (and only occasionally too over-the-top).

The film isn't perfect, of course. Yet most of this movie seems so care-free and fun that you will be more likely to have fun yourself. It's neither too serious to merely sit-back and enjoy it and it's better than an uninspired effort that thinks it can skate around audiences in some kind of bizarre blockbuster-zone of established franchise successes. The second Men in Black film attempted that, failed, and the end result is a sequel made a decade later with much more enthusiasm and ambition at every turn.

This may not be a brilliant film (none of the Men in Black movies were brilliant though...) but it is an excellent summer blockbuster with intelligence that is found within the sleek filmmaking style that is fully on display. The filmmakers and actors who worked on this film managed to bring it to a life that is newfound in the world of Men in Black films. Once again, here's a silly and entertaining alien-creature film that is well worth your time.

Men in Black 3 even has an interesting conclusion that is both sappy and decidedly fitting as an ending. It makes the film franchise feel as if it's essentially arrived at "full-circle" as a series. Another Men in Black film might not be even desired afterwards... but that's OK. If Men in Black ends here, it ended well enough to be missed and remembered fondly. That's a good closing note for any popular film series to manage to achieve... especially for a series that is returning from having a decade long hiatus. 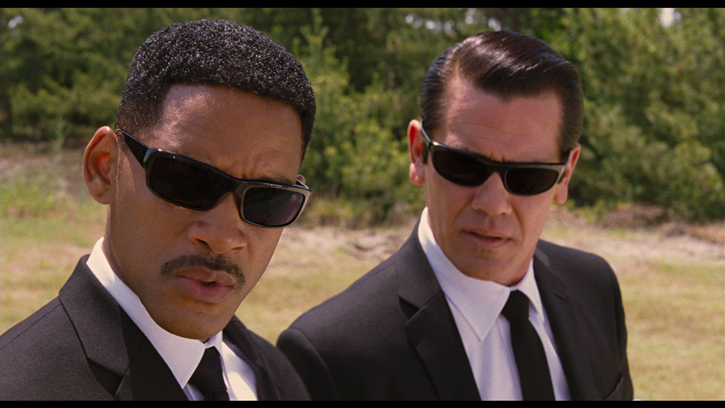 Men in Black 3 has one of the most impressive transfers of the entire year. That's the kind of thing I would hope for with a major summer tent-pole film release.  Men in Black 3 joins the Sony Blu-ray release of The Amazing Spider-Man as an undeniably astonishing achievement when it comes down to presenting a film as flawlessly as possible on the Blu-ray format. It's amazing how beautiful the transfer is. The color and cinematography is splendid, detail is so vividly displayed, and the image is free from any annoying video manipulations. This 1080p presentation wows at every turn while it presents the original theatrical aspect ratio of 1.85:1.

The astonishingly excellent 5.1 DTS-HD Master Audio presentation is exactly the kind of top rate sound mix one would hope for in a science-fiction adventure film such as Men in Black 3. The score by Danny Elfman is mixed well with the rest of the sound design utilized, the sound effects are frequent, and the overall design of the sound mix is effective in virtually every way. Things just don't get much better than this. It's crisp, clean, and dynamic in presenting perfect highs and lows without ever sounding distorted. As far as the audio portion of this release goes, everything is exactly as impressive as you might hope to find. 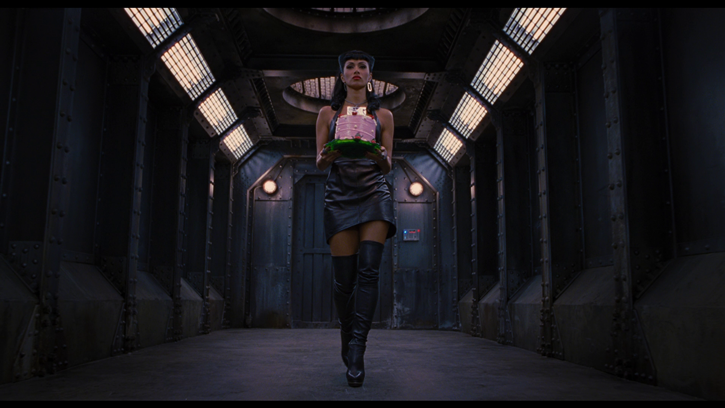 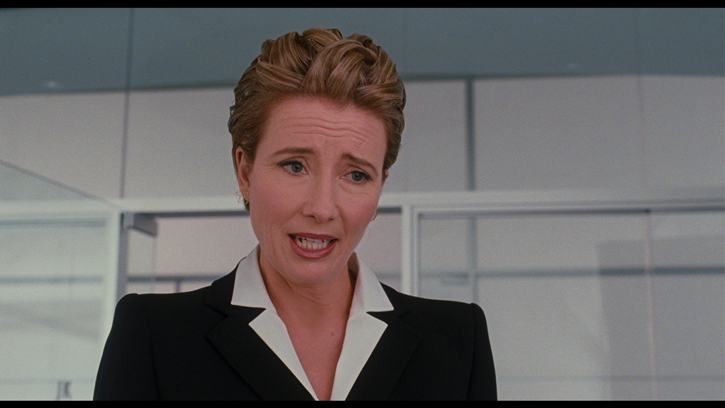 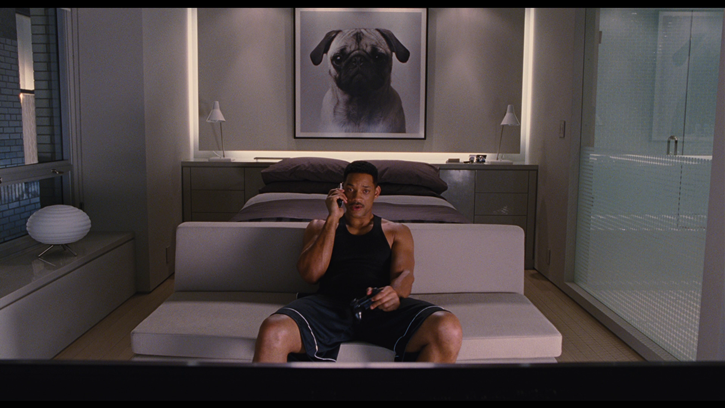 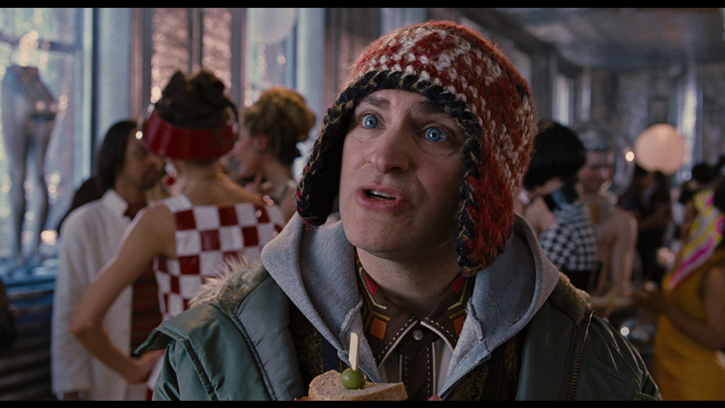 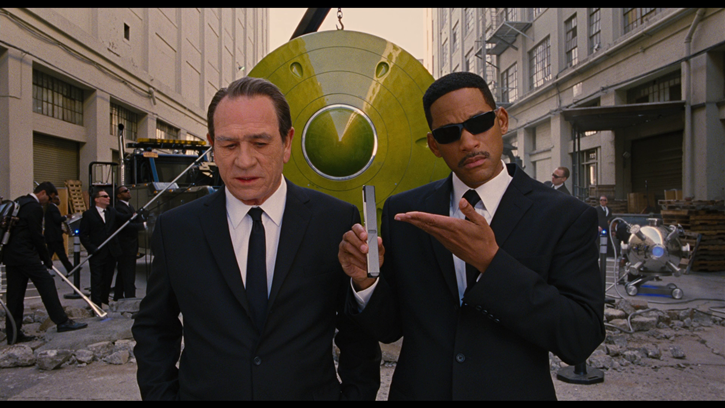 Please Note: This combo pack release contains a Blu-ray, DVD, and Ultraviolet Digital Copy. Supplements are provided in High Definition on the Blu-ray disc and most of the supplements are exclusive to Blu-ray.

This Blu-ray release has some well-made and interesting supplemental materials but there isn't as much material here as one might expect for a summer blockbuster. The following extras are included:

Partners in Time: The Making of MIB 3 (26 min.) is a making of featurette that take covers a lot of ground (rather quickly, I might add). This piece includes a combination of interviews, behind the scenes footage, and recycled clips from film itself. The ground covered includes the story of Men in Black 3, the performances, the stunts, the addition of new cast members (including Josh Brolin and Jermaine Clement), the direction of Barry Sonnenfeld, and the creation of the film's finale.

The Evolution of Cool: MIB 1960's vs. Today (11 min.) examines the efforts into making the latest Men in Black film fit the design aesthetics needed for today's audiences as well as for a decidedly throwback aspect found during the 1960's time travel moments.

Keeping it Surreal: The Visual FX of MIB 3 (10 min.) takes viewers behind-the-scenes of the special effects and it explores the effects created for the alien creatures and several special effects moments as they are created and developed.

Scene Investigations (17 min.) is essentially an extension of the making-of featurette only it's scene specific. Various crew members offer insightful interviews and fascinating behind-the-scenes moments are explored for some of the film's key moments.

Rounding out the disc is a Gag Reel (4 min.), "Back in Time" Music Video by Pitbull (4 min.), and a silly and unnecessary "Spot the Alien" game. 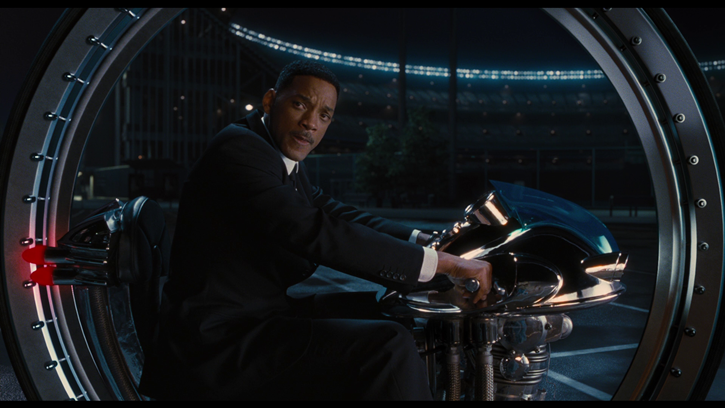 Men in Black 3 was an entertaining summer movie and it was far better made than I had been anticipating prior to release. The second film in the series was awful, and it had been so long since the previous sequel had been made that it seemed a bit surprising to even have a third outing at all.

A decade is a significant time gap between sequels (even more so when one considers the fact that this was only the third Men in Black adventure). Luckily, the film will please most fans of the first film. Men in Black 3 succeeds where Men in Black 2 failed.

This Blu-ray release is also an impressive one that it is worth adding to any sci-fi comedy fan's collection. The release even contains out-of-this-world picture quality and audio quality and there is a decent selection of supplemental materials to round out the disc.