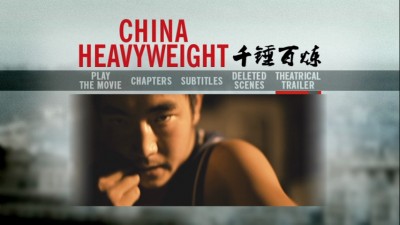 Sports documentaries live or die on the make-or-break moment of the chosen competitors. The film's narrative is built around their push toward their goals and the outcome of either victory or defeat. In the most compelling cases, it's practically a live-or-die situation for the subjects, as well. The final competition will be their defining moment, the culmination of all that has come, determining what happens next.

So it is for the boxers in China Heavyweight. Three in particular are singled out and showcased by director Yung Chang (Last Train Home), who follows them through training and divergent paths of competition. Leading the narrative is Qi Moxiang, a fighter in his mid-30s who has had past successes fighting in national competitions, but who has been out of the ring and training young boxers for half a decade following his failure to qualify for the Olympics. Qi is focused entirely on boxing, and he has a particular affection for the state-run amateur leagues that he came up in. Boxing had been banned in China for the latter half of the 20th Century for being too violent and too American. Its emergence as a national pastime and obsession is now a sign of modernity as well as a viable opportunity for those who go after it to change their fate.

China Heavyweight follows Qi and his partner into schools where they audition Chinese youths for their training camp. Over the course of the film, we are privy to the development of two of their protégés, one of whom is determined to splinter off and go pro. All the Chinese pugilists look up to American champions, particularly Mike Tyson and Mohammed Ali, whom they call "boxing kings." Their only other alternative is to stay in the provinces and work on the family farm. 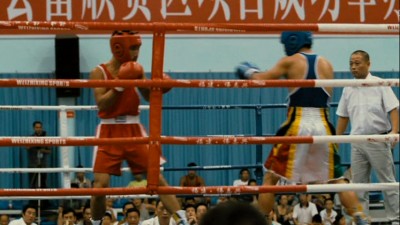 Adding a further complication to China Heavyweight is Qi's sudden decision to get back in the game. Throughout the movie, we see that there are outside pressures weighing on him. His family and friends want him to start a family and build a more conventional life for himself. All Qi knows is boxing, and so he looks to an upcoming bout as a last opportunity to prove himself. There also seems to be at least some sliver of competition with his young charges pushing him to pick up his gloves. As one student throws his opportunities away and another loses his footing in the ring, Qi's comeback becomes increasingly important. Hull fill the hole and take the chances they won't.

Naturally, whether Qi is victorious or not is something best left to your own discovery. Yung Chang lets the drama play itself out on its own. His style of documentary filmmaking is very much a fly-on-the-wall approach. There are no side interviews, no talking heads, just an obsession with details, no matter how small. Some of the most compelling scenes in China Heavyweight are when the participants move away from the gym. Seeing Qi interact with his mother or how the boys' decisions weigh on their families has an emotional punch equal to any roundhouse thrown in the ring. Chang also takes time to let us know his subjects as individuals, to show the everyday concerns that make them relatable. There's something all-too-human about seeing a 19-year-old boy who isn't afraid to step up to an opponent and take a beating being too nervous to ask a girl for her phone number. Then again, romance rarely has a referee.

This is a crucial element of a movie like China Heavyweight. These aren't champions we are watching, at least not yet, and so our investment in the story is how we view each fighter as an individual, and how much we come to understand their dreams and desires. Yung Chang makes sure we see how their decisions and their commitments or failures affect them and the people around them, and in that way they affect us, too. It allows us to put on the gloves, at least for a little while, and to consider our own hopes for our lives be they past, present, or future. 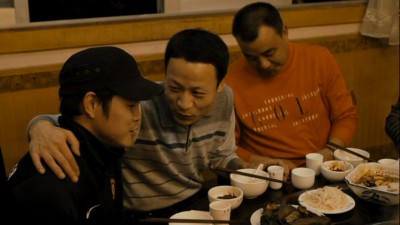 Video:
The DVD of China Heavyweight features a transfer mastered from high-definition sources, presented in widescreen at the film's original aspect ratio. Colors are vibrant and the natural ambience of the real-life scenarios is maintained throughout. The overall resolution is good, though there is some slight haziness and pixilation at times.

Sound:
The original Chinese-language soundtrack is mixed in two-channel stereo and is actually really excellent. There is a good balance between the speakers and a real sense of immersion, maintaining the reality of the onscreen events.

The optional English subtitles are well paced and easy to read. There is also an option for traditional Chinese subtitles.

Extras:
In addition to a theatrical trailer, you get 30 minutes of deleted scenes. The best of these show us a little more about the school, including a visit to the girl's dorm. We see a little bit of the female boxers that are recruited at the same time as the men in the main feature, but not much of their actual trajectory in the film itself. There seems like there'd be a whole other interesting documentary to be made on that side of the campus.

FINAL THOUGHTS:
Yung Chang's China Heavyweight is an understated, carefully sculpted portrait of three boxers--one a veteran, and two trainees with different objectives--trying to make their way in China's national sporting program. As with any good sports story, the competition is important, but not as important as the participants. The humanity of the fighters, and the consequences of their choices, is the real meat of China Heavyweight. This is a compelling story, smartly told by one of international cinema's best emerging documentarians. Highly Recommended. 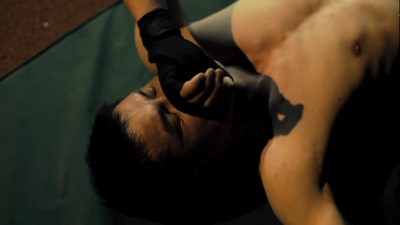