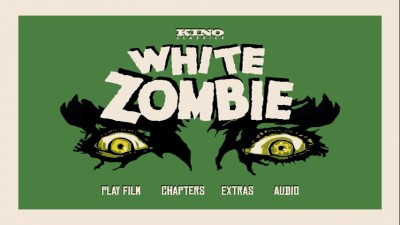 A middling indie success in pre-code Hollywood, and a cult hit that gained in reputation in the decades that followed, the infamous Bela Lugosi-vehicle White Zombie is newly restored for high-def and now available on DVD. Released in 1932, director Victor Halperin's creepy horror film is perhaps most known for being the first major zombie movie, establishing a lot of what would later be genre clichés, including the slow-moving, brainless, vacant-eyed demeanor that would become the undead standard. In this instance, the zombies themselves aren't very scary, but White Zombie otherwise makes up for their faltering by heaping on plenty of atmosphere.

The story, such as it is, concerns itself with Neil and Madeline (John Harron and Madge Bellamy), a couple traveling pre-honeymoon. Pre-wedding, actually. Tying the knot is the first order of business upon landing in Haiti. They are heading for the island estate of businessman Charles Beaumont (Robert Frazer). He has taken an interest in the beautiful Madeline, but has mostly fended off Neil's suspicions by promising the new hubby a job. Besides, there are stranger things afoot on the island that should concern the oblivious travelers. On their way to Beaumont's, the lovers hear tales of corpses resurrected to work the fields and even see alleged evidence of the same. This should be enough to shoo away anyone, but self-regarding Americans pay no mind to local legend (just as overly confident fiancés turn a blind mind to rich creeps who want to give them money). Not even the warnings from the priest who comes to marry them (Joseph Cawthorn) can scare this pair back to the States.

Beaumont is not actually the man behind the zombie plague, but his lust for Madeline will soon see him making a deadly bargain. The rich man enlists the help of the nefarious "Murder" Legendre (Lugosi) to win the girl away from her new spouse--and on their wedding night, no less! Legendre works his voodoo-esque magic to induce a death-like coma in Madeline. She "dies" and is buried in her wedding dress, and the blonde beauty is still luminous and pure when Legendre and his undead servants rescue her for her crypt. They deliver her to Beaumont--though being a horror story, the man didn't consider the ironic consequences. The woman who drove him to such distraction still looks beautiful, but her essence has been drained. What does love mean when your paramour has no soul? 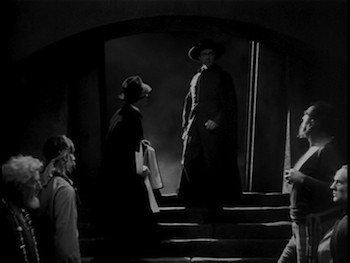 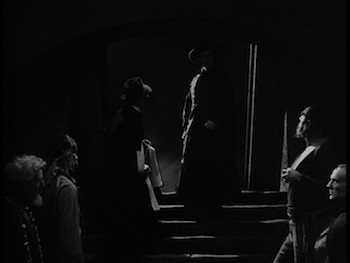 White Zombie is a curiosity, but it's not necessarily a good movie. The low-budget production is still light years ahead of Ed Wood (who was an admirer), but yet has a long way to go to compete with the Universal monster movies or the Val Lewton horror flicks Halperin's effort more closely resembles. The story is full of holes, and the telling of it is wobbly. Bela Lugosi is as creepy as you would expect him to be, but he stands out amongst a cast that is otherwise barely competent. Both Harron and Frazer overdo every line, and Cawthorn, bless him, regularly fumbles. One shudders to think that Halperin may be using the senior actor's best takes. Madge Bellamy is probably not all that great, either, but she is spared embarrassment thanks to a role that demands she mostly stare blankly ahead.

Even with these failings, there is something admirable, if not quaint, about White Zombie. As a filmmaker, Halperin regularly stretches beyond his means. His attempts at complicated shadows and artful framing come off a good portion of the time (one scene opens and closes with Harron moving aside to reveal Frazer, and then back again, his rear serving as an in-camera dissolve), suggesting an ambition that far outstrips the circumstances. Special effects are cheap and rudimentary, but bold, and for those who go in for such things, could even work as kitsch. The ever-present vulture, in particular, is surprisingly detailed in close-up. Some of the dark magic is also pretty spooky. Lugosi carving a voodoo doll and using it to invade Madeline's consciousness is perhaps the best sequence of the movie. The zombies don't strike much by way of an imposing presence, but White Zombie is more about the setting and the psychological implications than it is genuine fright. It's the idea that a man could be turned to a hollow shell that is supposed to unsettle us. This species has yet to develop a taste for braiiiiiins.

All in all, White Zombie is not a bonafide classic, but it's still a worthwhile touchstone in the development of horror movies. Its brief running time (67 minutes) also ensures that the narrative never really wanes. Halperin jumps from point to point before any one leaden plot element sinks the whole thing. Measured expectations are in order, but if you're a fan of vintage horror and monster movies, then White Zombie is definitely required at some point in your viewing history. 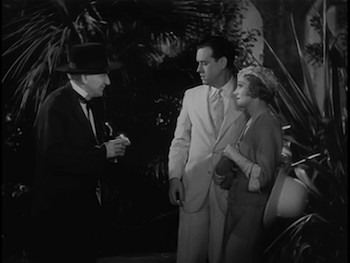 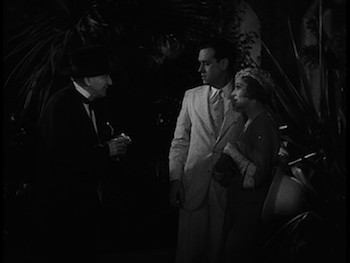 Video:
The presentation on this DVD, dubbed a "Classics Remastered Edition," is sure to cause some debate, especially as Kino has put two different transfers on the same disc. The main transfer is a new version that has been cleaned-up and digitally enhanced, with mixed results. While this full-frame, black-and-white presentation is certainly cleaner than what is marked here as the "raw, unenhanced film transfer," the clarity is sometimes at the sacrifice of the cinematography. Finer details tend to get washed out and smoothed over, and though there is less print damage, the atmospheric photography suffers. Some of the whites are so white, the contrast to the delicate shadows becomes overblown. Fans may enjoy seeing the increased level of detail, but overall, it's almost like someone has turned all the lights on, thus obliterating the more carefully chosen illusions.

The alternate version, which can be found under the bonus menu, has more scratches and clumsy edits, but the original look of the movie is in better evidence. Even in its imperfections, it's still apparently better than most of the other previously available copies of White Zombie, which has languished in the public domain for years. Yet, there are definitely faults, including at times being too dark and the image can look hazy and emulsified.

There has to be a middle ground between these two presentations, but we haven't gotten it yet. 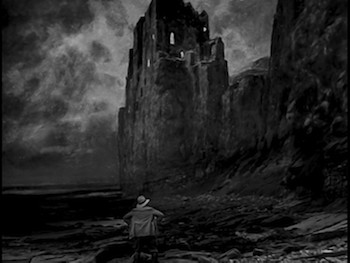 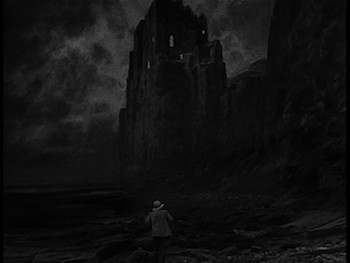 Sound:
The 2.0 mono audio mix sounds fine, with only minor hiss evident and decent modulation. Some dialogue can be a little hard to hear, but once you've got a comfortable volume level going, it all works fine.

Extras:
Frank Thompson provides the historical perspective on White Zombie in his audio commentary, and at times the story he tells is actually more interesting than the one unfolding on screen.

Bela Lugosi appears in a nearly 7-minute interview in which he talks about his emigrating to America and his acting. This is from the same era as White Zombie.

There is also a theatrical trailer from the film's 1951 reissue and a stills gallery.

FINAL THOUGHTS:
Recommended. White Zombie's place in history is secure, even if its developmental tale of the undead is not Teflon-coated against the ravages of time. Bela Lugosi dominates a lightweight cast as the sinister zombie master, and the ambitious, independent filmmaking shows a lot of gumption, but a spotty script and wavering production values prevent this 1932 feature from being a true classic. Kino delivers an interesting new home video presentation, offering two different transfers of the film, with the main restoration being the surprising disappointment. It suffers from too much technological advancement, but for those bothered by it, luckily you have the more primitive print to retreat to. 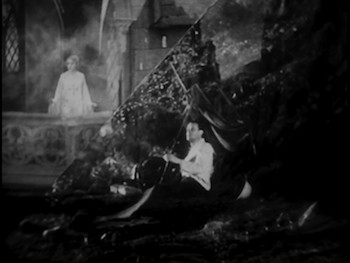 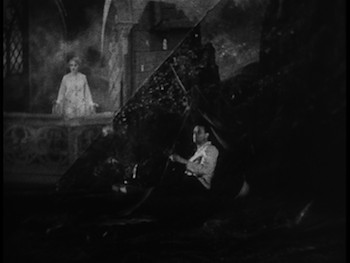