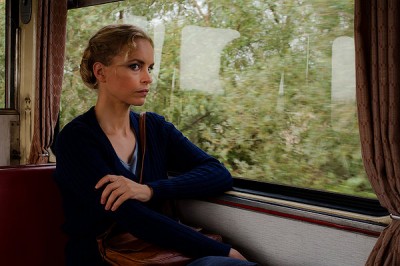 It's East Germany, 1980, and Dr. Barbara Wolff (Nina Hoss, A Woman in Berlin) has been assigned to a provincial hospital where, she's told, she can pay back all the farmers and laborers who worked so she could have an education. There, she can also have a watchful eye kept on her, either by the head of the hospital, the almost too-perfect Dr. Reiser (Ronald Zehrfeld) or by the local Communist Party authorities. Barbara, it would seem, is a woman not to be trusted, known for putting on airs, and unable to adhere to the party line. Hence, her being forced to symbolically pay off her symbolic student loan.

Writer/director Christian Petzold (Jerichow, The State I Am) unveils Barbara as a mystery. The early portion of the film leaves us wondering what the doctor has done to earn such disdain. Random home inspections would suggest that she is a dangerous criminal, yet they also leave her hurt and humiliated. Barbara is an inscrutable woman. She is unfriendly to her co-workers, and she doesn't seem to engage in much of a social life, if any at all. At the same time, the good doctor is dedicated to her job and appears empathetic to her patients. When a troubled young girl (Jasna Fritzi Bauer) lands in the hospital after days of hiding in the forest to escape from a labor camp, everyone else is ready to believe she is crying wolf. Barbara spots her legitimate symptoms, however, and takes the girl under her care, creating a bond that will not easily be broken.

As it turns out, the Communists do have a reason to suspect the exiled medical practitioner. Barbara has a relationship with a man from West Berlin who is helping her prepare her escape to the other side. Though one would think the biggest hurdle for her flight to freedom would simply be making the plan without getting caught, as Barbara progresses, so too does its main character's position grow more complicated. As she gets more involved in life at the country hospital, she has to be on guard to prevent her new relationships and her sense of duty from distracting her from what she really wants. 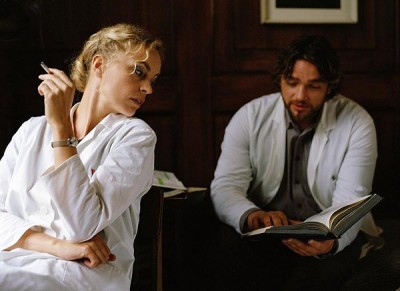 Petzold's narrative is not flashy, nor is his mis-en-scene. Cinematographer Hans Fromm shoots the film in natural light and avoids tricky camera moves or self-conscious framing. Likewise, Stefan Will's score is so subdued as to be almost nonexistent. In fact, I am having a hard time recalling anytime when the music actually dominated the soundtrack or drove the scene. Both Fromm and Will are Petzold's regular collaborators, and together they build Barbara with a meticulous craftsmanship, stacking the story piece by piece, never telegraphing the next move or relying on exposition to get the job done. This is a film where the architects would rather leave you wondering at their choices than explain what isn't necessary. Barbara is full of drama but is never melodramatic, and though the story has its share of twists, they are never forced nor contorted.

It's Nina Hoss who really drives the film, though. Even more than the momentum of the story, it's her performance that leads the viewer from point A to point Z. Though Barbara chooses to keep everything in and push everyone away, there is still something about how Hoss portrays her that makes you want to know what fuels this engine. Perhaps it's just that we're in the same boat as Dr. Reiser, and we believe that there is more than meets the eye. The cold exterior hides a warm interior, and there is something about her that compels us to want to get through the barriers. Barbara only really lets her guard down once. It's a good piece of writing, a scene where Barbara reacts with surprising vehemence when it's suggested by her colleague that she's abrupt. It's a moment well played by Hoss. It's vulnerable and honest, and also a little bit funny. For all the effort she's made to build her own wall between herself and her countrymen, a caring, feeling woman is still on the other side of the divide.

If there's any failing to Barbara, it's that maybe the final resolution is a little easy to see coming. At the same time, I think Petzold protects himself in how he sets up this inevitability. When Barbara examines Reiser's library, it's the director reminding us that, like all genres, stories about doctors require a certain amount of convention. What the patient teaches the doctor, or what the doctor reveals about the patient--or in the case of Barbara, perhaps a little of both as we finally discern which character is really which. 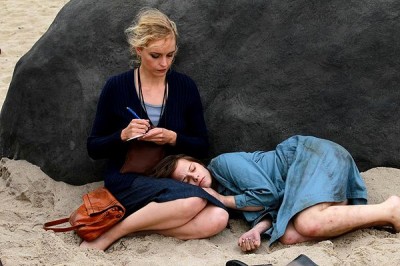