Wizard of Oz - SelectaVision VideoDisc, The 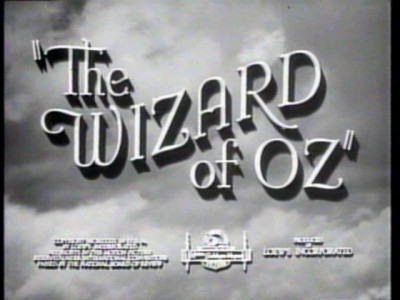 After a few waves of videodisc releases by RCA themselves, MGM/CBS Home Video has become the first third-party label to release titles for the SelectaVision VideoDisc player, technically called CED for Capacitance Electronic Disc in order to distinguish itself from the competing, more costly LaserVision format which has had a more limited selection of movies available thus far. Among MGM's first titles is The Wizard of Oz, the beloved 1939 family favorite. As much of a favorite as it is today, many may be surprised to hear that it was not such a big success upon its original release in theaters, but many have come to love it ever since the CBS television network began presenting it on a yearly basis. What makes this videodisc release so incredible is that now, not only can you experience this movie at any time you wish, you can also do so without any commercial interruptions, nor have any scenes been edited out to make room for those commercials! It's almost like having a movie theater in your very own living room! 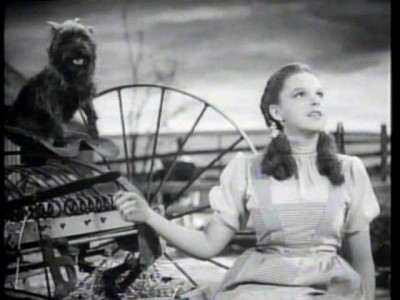 Based on L. Frank Baum's novel, The Wizard of Oz stars Judy Garland as Dorothy, who lives on a farm in a small Kansas town. She longs for a more adventuresome life but is stuck in rather dull surroundings. 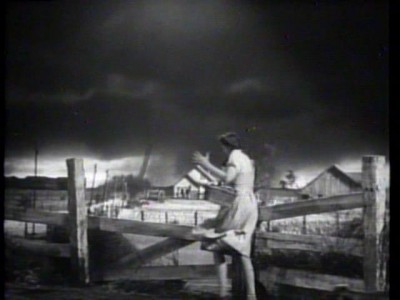 One day, a tornado appears, and Dorothy thinks she will be safe in the house but the tornado picks up the entire house with her in it! Eventually the tornado gives out and the house crashes back to the ground- Dorothy miraculously survives with no injuries, and heads out the front door. This is where the real magic begins, as her house has landed in the mysterious land of Oz. What will be surprising to the viewer is that the movie begins in black and white, but upon Dorothy first discovering Oz it becomes pure Technicolor! 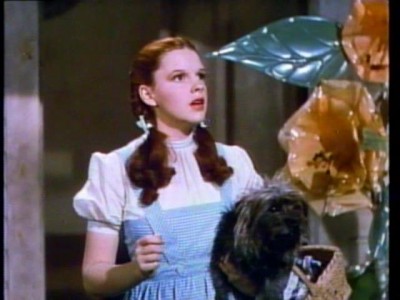 Dorothy is first welcomed by the Munchkins, a peculiar community of little people. They had been oppressed by the Wicked Witch of the East, but Dorothy's house had landed right on her and killed her! Then Glinda (Billie Burke) magically flies in, and Dorothy asks her how she can get back to her Kansas home. Glinda suggests that this is a difficult task but that she should consult the Wizard, who lives in Emerald City. She can get there by following the yellow brick road, which she does, but not before the Wicked Witch of the West (Margaret Hamilton) appears. She is the sister of the wicked witch who was just killed, and vows revenge on Dorothy in the future before magically vanishing! 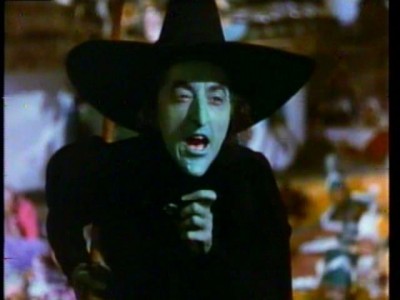 Along her journey on the yellow brick road, she first meets an enchanted Scarecrow (Ray Bolger) who tags along in hopes the Wizard can give him a real brain, as he isn't too bright. 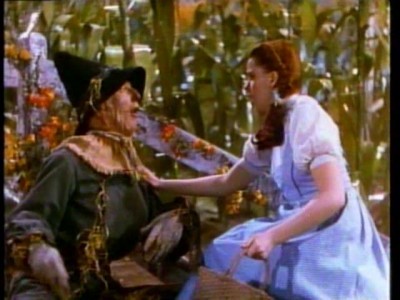 As they travel further, they find a man made completely of tin (possibly a cyborg?) played by Jack Haley. He has rusted up but Dorothy oils him up and he's mobile and able to speak. He wants to join them to ask the Wizard to give him a heart, as he often experiences emotional problems. 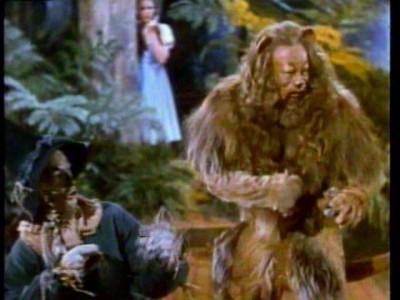 The troupe gains a fourth member after they are first attacked by a lion (Bert Lahr), who turns out to be friendly but also a big coward. He accompanies them in hopes that the Wizard will give him courage to be a "real" lion.

However, the Wicked Witch of the West is closely watching them from her castle via magic. Can Dorothy make it back home safely? Well, to say any more would spoil the movie! 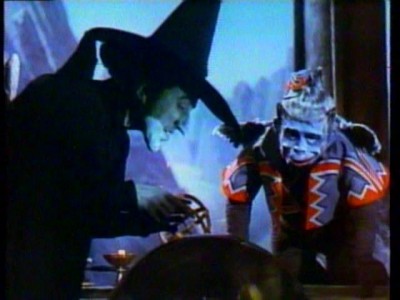 The entire production is delightful, with memorable songs included like "We're Off to See the Wizard", written by Harold Arlen and E. Y. Harburg. The direction by Victor Fleming, who took over the movie soon after finishing Gone With the Wind, is impeccable.

Although there are no commercials, the movie does come to a stop about halfway through, as videodiscs are only able to hold one hour per side. You will need to get up and turn the disc over by inserting the disc caddy back into the player, turning it over and then re-inserting it. Perhaps in the future, videodiscs will be able to hold more material making this unnecessary, but until then it is a small price to pay for such convenience. Of course videotapes do not need to be turned over, but they are more costly than videodiscs. 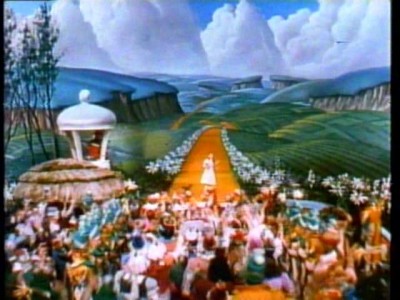 The color picture shows the beauty of this movie. Some may have lived in a location where their CBS affiliate did not come in clearly, resulting in snow or ghosting, but because this disc is played right in your home, the picture is as perfect as can be. 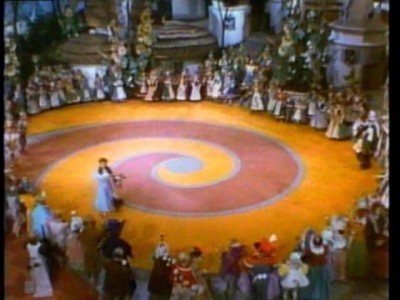 Of course this movie is rather old, but it sounds just as good, if not better, than its television broadcasts. A great feature of the videodisc is that you can hit a button and re-play any line of dialogue you like, in case you missed it the first time around. Through this, I discovered that Billie Burke said "What a smell of sulfur!" by accident after the Wicked Witch disappears in the Munchkinland scene. The special effects used to make the cloud she disappeared in gave off a smell that the rest of the cast managed to hide their reaction to, but somehow this made it into the movie! 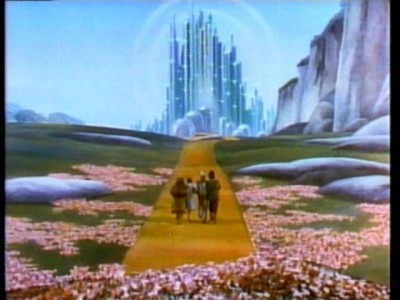 The Wizard of Oz is an essential movie for anyone's videodisc collection. It can be watched time and time again, and remains delightful throughout. The annual CBS presentation has always been a special event, but now you can make EVERY DAY special!

I'm excited that MGM has begun releasing their own videodiscs as well. RCA's offerings have been great, but one company can only do so much on its own. I am hoping more companies will begin releasing videodiscs as well, as it will surely open up a wide variety of movies and other great entertainment! Imagine being able to watch The Wizard of Oz and immediately afterwards, watch The Wiz, the more recent version of the story! (Well, if you are wealthy enough to also own a LaserVision player you can, as that movie has been released on that format but the classic original is currently available only on CED as MGM has not yet begun issuing LaserVision discs. "The Wiz" is from Universal, which has an active interest in the laser format and thus does not support CED. I currently feel that the CED system has a much better selection of favorite movies thus far, plus it is much more economical and easier to operate. After all, CEDs are played with a stylus similar to a record player, and we've always listened to our music that way and likely will for decades to come. LaserVision discs use a laser, which is a needlessly complicated and expensive technology prone to malfunctions.)