Town That Dreaded Sundown, The 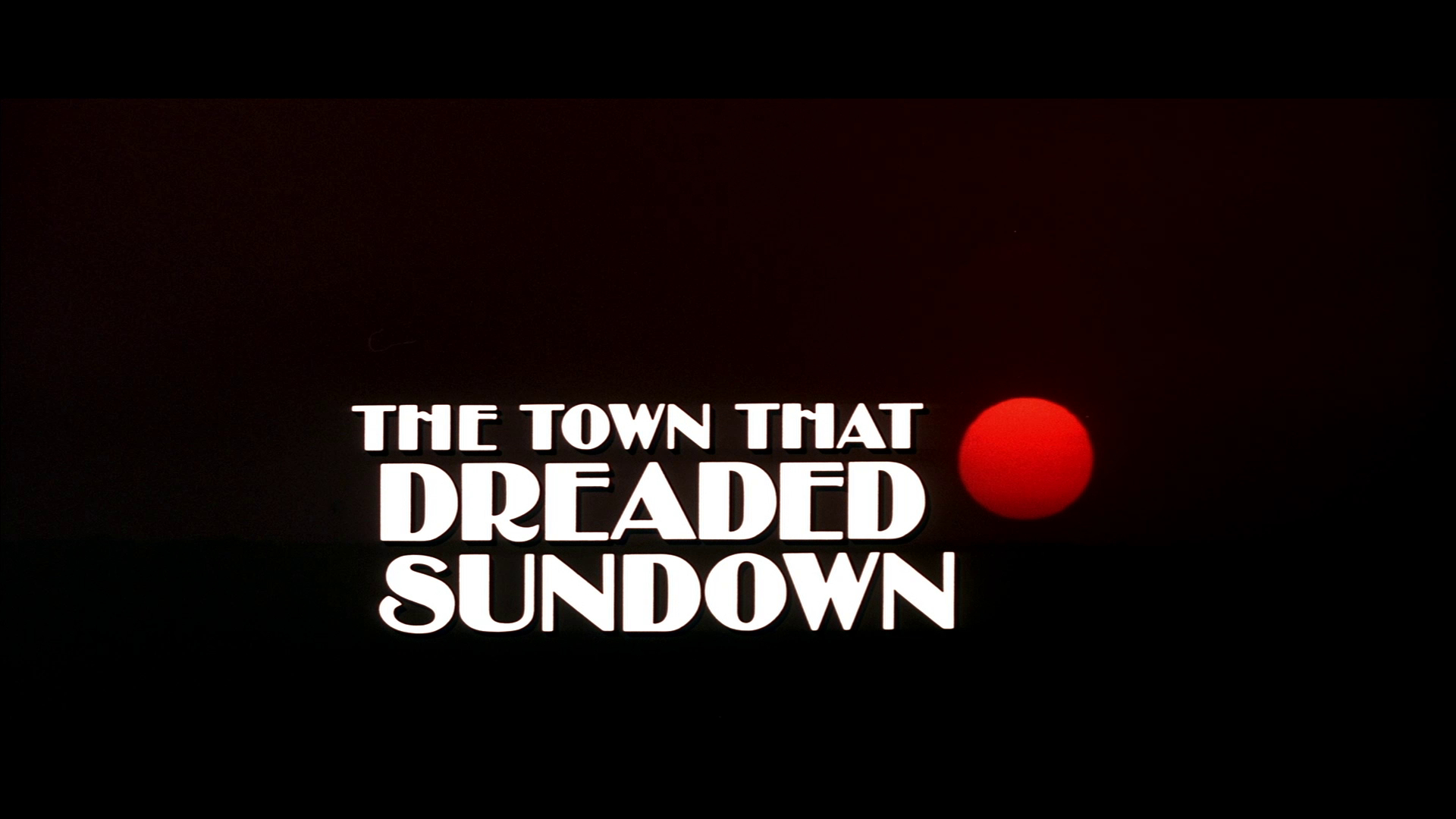 Scream Factory resurrects Charles B. Pierce's low-budget thriller The Town That Dreaded Sundown for a Blu-ray release, and this creaky dramatization of several real-life Texarkana murders proves an interesting mix of terror, oddball humor and crime documentary. Several months after World War II ended, a hooded murderer known as the "Phantom Killer" sent this peaceful community on the Texas/Arkansas border into a tailspin. Five people lost their lives before the killer crept back into the woods and swamps from which he came, and authorities never closed the case. Pierce's film is not exactly polished, but it injects a fair amount of suspense into the proceedings, which unspool like an episode of "Unsolved Mysteries" mixed with the good-natured humor of "The Andy Griffith Show." The Town That Dreaded Sundown may not be as frightening today as it was in 1976, but it's a fair shake better than many horror films of the decade.

Pierce opens the film with a straightforward reenactment of the Phantom's attack on a young couple. They survive, but the killer soon preys on other lovers parked on a rural road and they end up in the morgue. Local authorities call on Capt. J.D. Morales (Ben Jonson), a Texas Ranger, for help solving the case, and the no-nonsense investigator uses boneheaded town patrolman A.C. "Sparkplug" Benson (Pierce, pulling double duty) as his chauffeur. The Phantom grows increasingly brutal in his crimes, which show signs of sexual depravity, and the normally peaceful town is put on edge as summer rolls around. Pierce uses matter-of-fact narration throughout, much like a crime docudrama, and the murders are viciously and realistically staged. 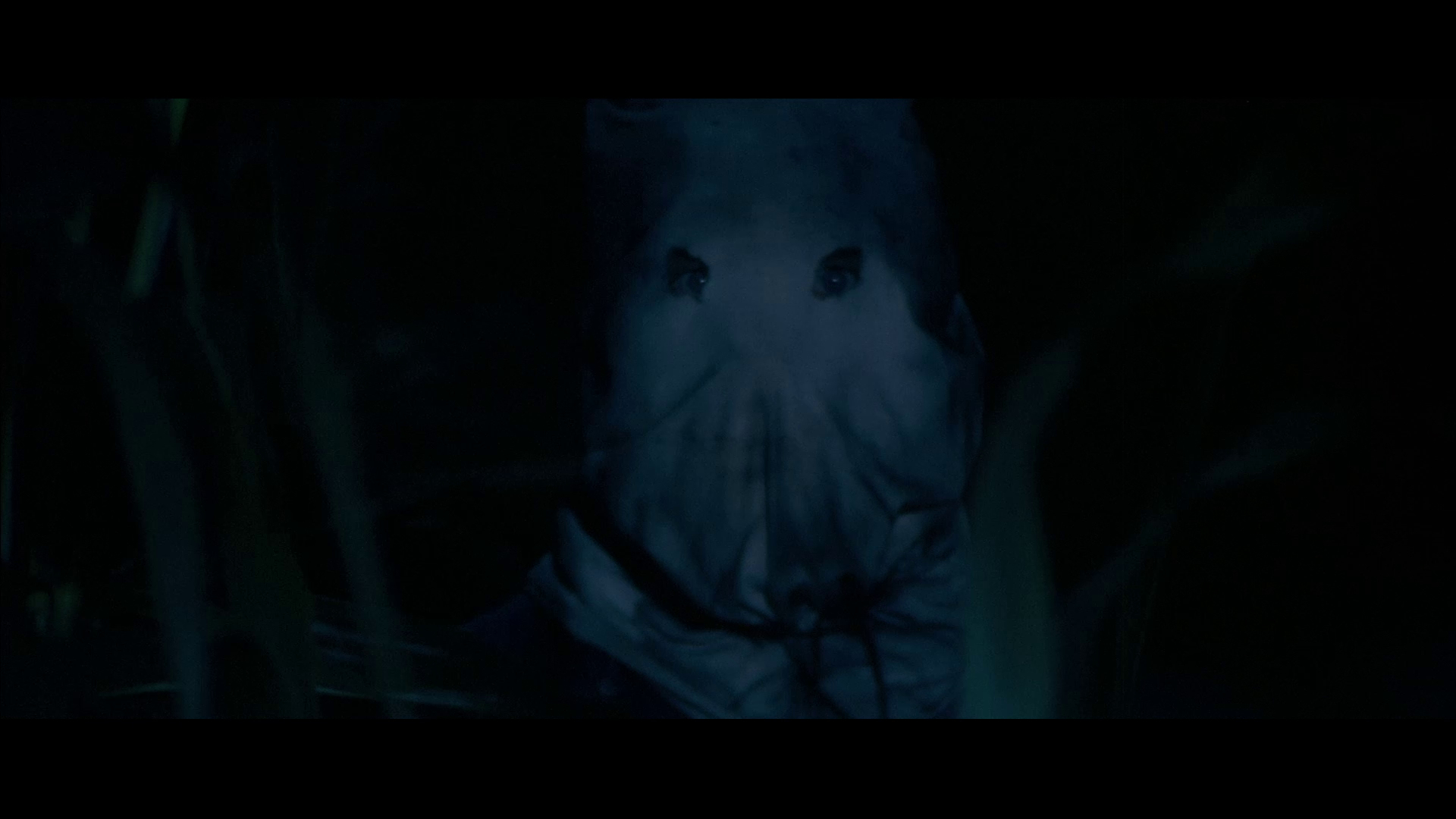 While the opening attacks are not particularly suspenseful, they are to-the-point effective. The Phantom Killer wears a hood and only his eyes are revealed. The killer's labored breathing within this white sack is off-putting, and his gasps border on ecstasy. These violent attacks so close to town frighten locals used to sitting on their front porches and walking alone down country roads. The Phantom manages to skirt the long arm of the law on several occasions, and the reason is a combination of inexperienced cops and the killer's keen survival instincts. Deputy Norman Ramsey (Andrew Pine) comes the closest to nabbing the Phantom after he hears shots in the woods, but returns to town unsuccessful and shaken.

I certainly wasn't expecting the film's often humorous tone. Poor Sparkplug nearly kills Capt. Morales by driving into a lake, and every hot pursuit feels like it was ripped from a slapstick buddy-cop comedy. There are moments of unintended hilarity, too, like Capt. Morales' conversation with a psychiatrist. That man's medical assessment of the Phantom is certainly not politically correct but he cuts straight to the point. All the lighthearted banter would pull the audience out of the action except Pierce appears to have intentionally created a film comprised of many genres bits. The docudrama narration and accompanying police procedural neatly frame the story, and Pierce abandons the humor in these scenes and during moments of suspense. Later Phantom attacks are prolonged and more frightening, and the killer greatly improves his accuracy. 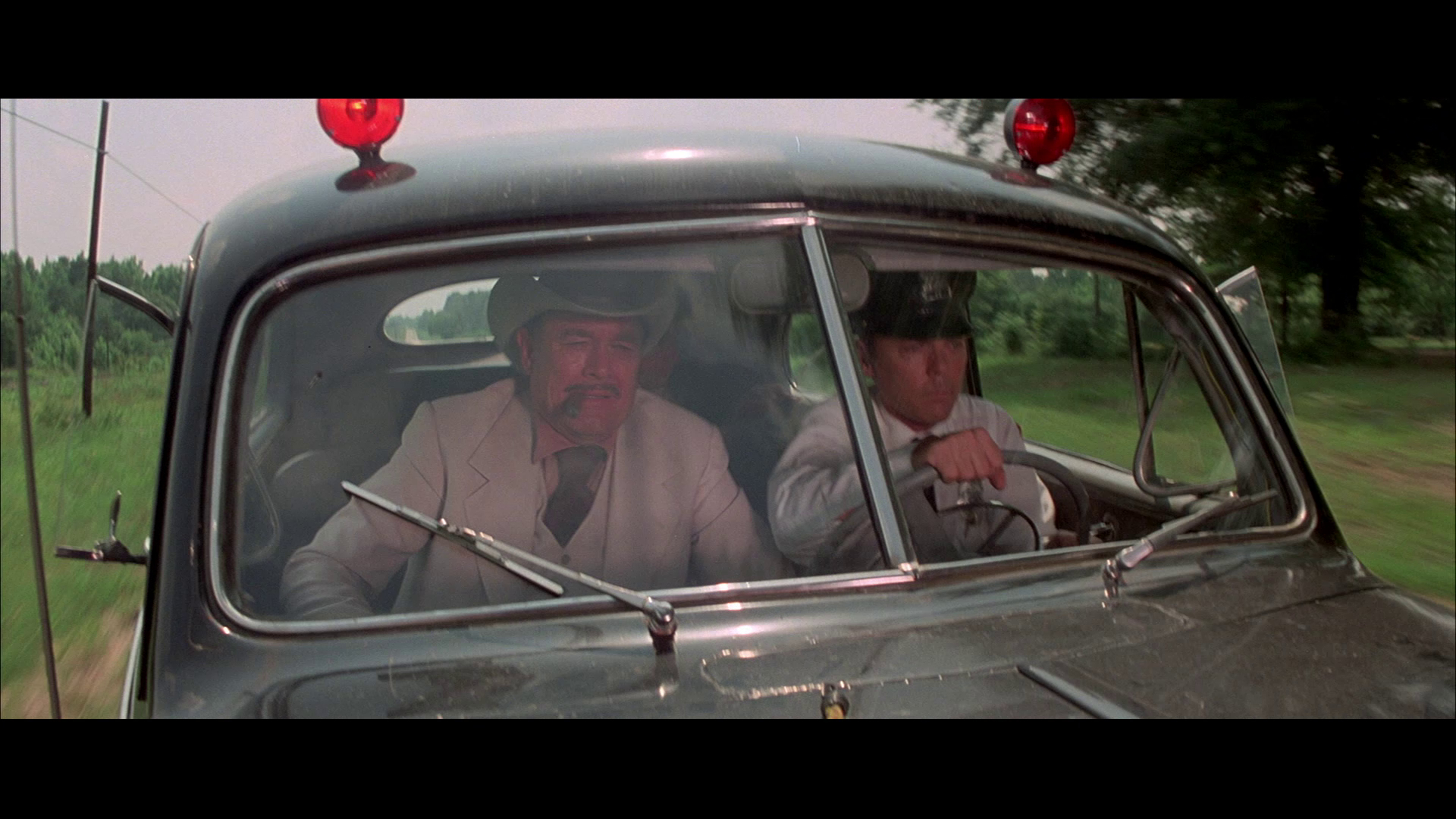 The Town That Dreaded Sundown is an interesting story modestly retold. The lack of closure in Texarkana translates to the film, but its open-endedness makes the Phantom all the more frightening. There are a number of low-budget hiccups, some more noticeable than others, but nothing to ruin the overall experience. Fans of '70s horror should enjoy dusting off this forgotten slasher hybrid, and the performances from Johnson and Pierce are enjoyable. The Town That Dreaded Sundown is not the most effective thriller of the era, but its mix of terror, humor and police procedure is uniquely entertaining.

The Blu-ray preserves the film's native 2.35:1 aspect ratio for this 1080p/AVC-encoded transfer. Those expecting a pristine, modern-looking transfer will be disappointed, but The Town That Dreaded Sundown looks pretty good for a thirty-seven-year-old low-budget film. I compared the Blu-ray with the included DVD, and the HD transfer provides a substantial bump in detail and clarity. The film often takes on the warm appearance of its Texarkana setting, and colors are nicely saturated. Black levels are decent, though there's a fair bit of crush thanks to the mid-level 35 mm stock. Wide shots are clear and crisp, and close-ups often provide good facial detail. Per Shout Factory there was no noise reduction done on the transfer. The only issue with this transfer is print damage and debris, and these flaws are especially noticeable during the opening minutes. Specks, scratches, vertical lines, smudges and dirt all appear frequently in the first reel. The print cleans up considerably as the film moves forward, but the damage is definitely noticeable and slightly distracting. The Blu-ray likely makes use of the best source material available and, since a full-scale cleanup would likely be too costly, this damage is certainly forgivable on a low-budget horror film.

The Blu-ray offers a lossless 2.0 DTS-HD Master Audio mono mix, which is true to the original presentation. This is a nice mix, largely free of hiss or distracting audio hiccups, and clarity is good despite the lack of surround activity. Dialogue is crisp and clear, and is layered nicely amid score and effects. The track has nice depth, and the mix is certainly pleasing for a mono soundtrack. English subtitles are available. 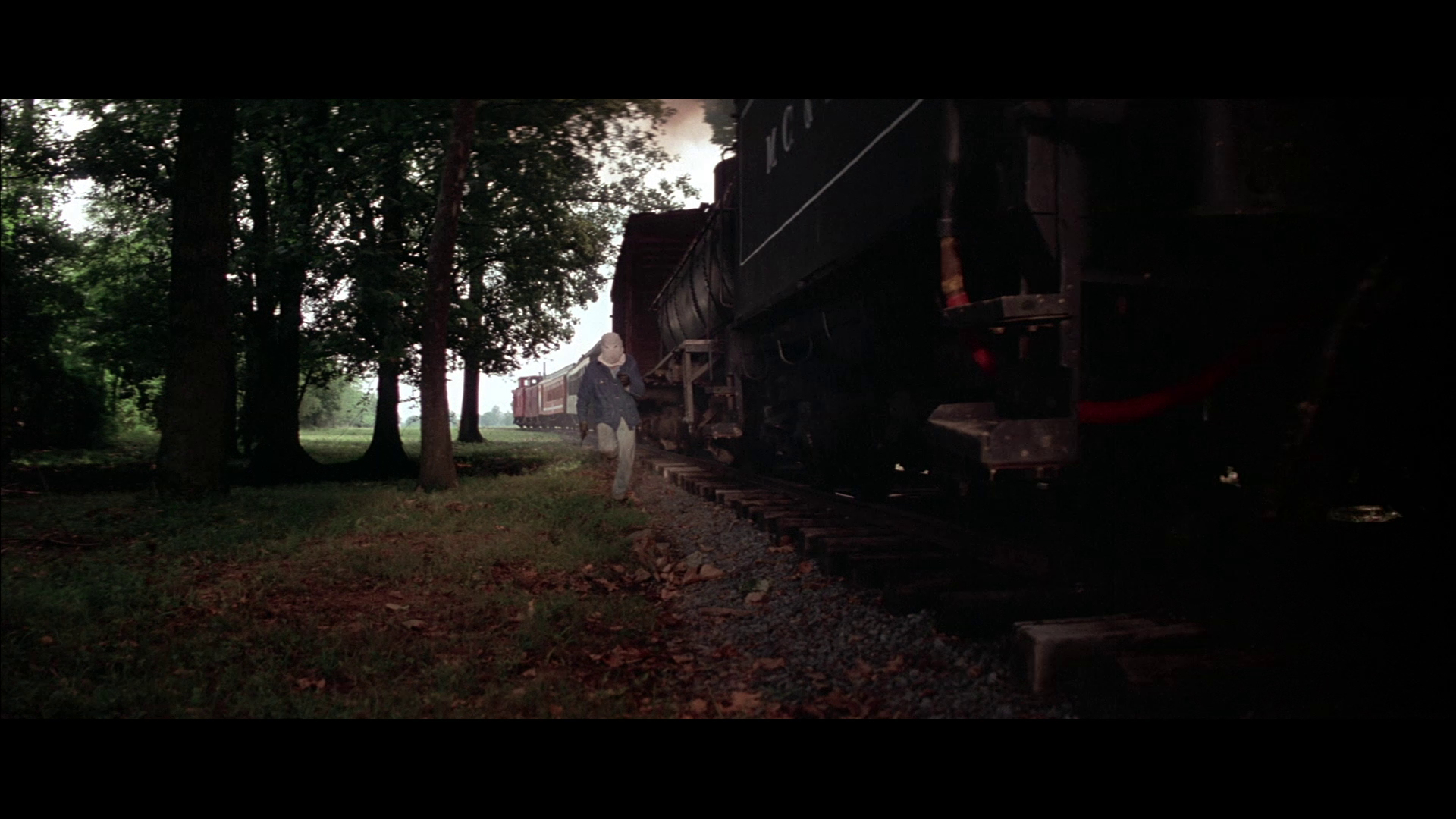 This two-disc release is packed in a standard Blu-ray case and features reversible artwork. Scream Factory created new, informative HD bonus content for this catalog release, and the set also includes a DVD copy of the film. Most exciting is the addition of a second feature film, The Evictors, on the DVD. Extras are as follows: 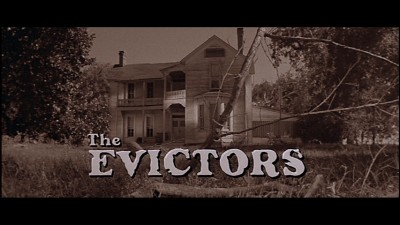 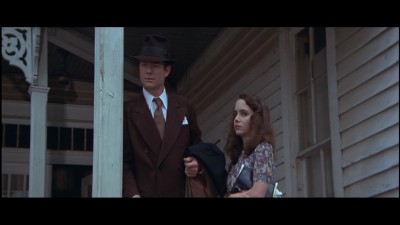 Charles B. Pierce's The Town That Dreaded Sundown is an entertaining blend of horror, crime docudrama and slapstick humor. The film tells the true story of the Phantom Killer that stalked the streets of Texarkana but was never apprehended. Scream Factory again proves its dedication to genre fans by unearthing this forgotten thriller for a Blu-ray release. The film looks and sounds about as good as it probably can, and the Blu-ray features newly shot interviews with the cast and crew, as well as The Evictors, another feature film by Pierce. Recommended. 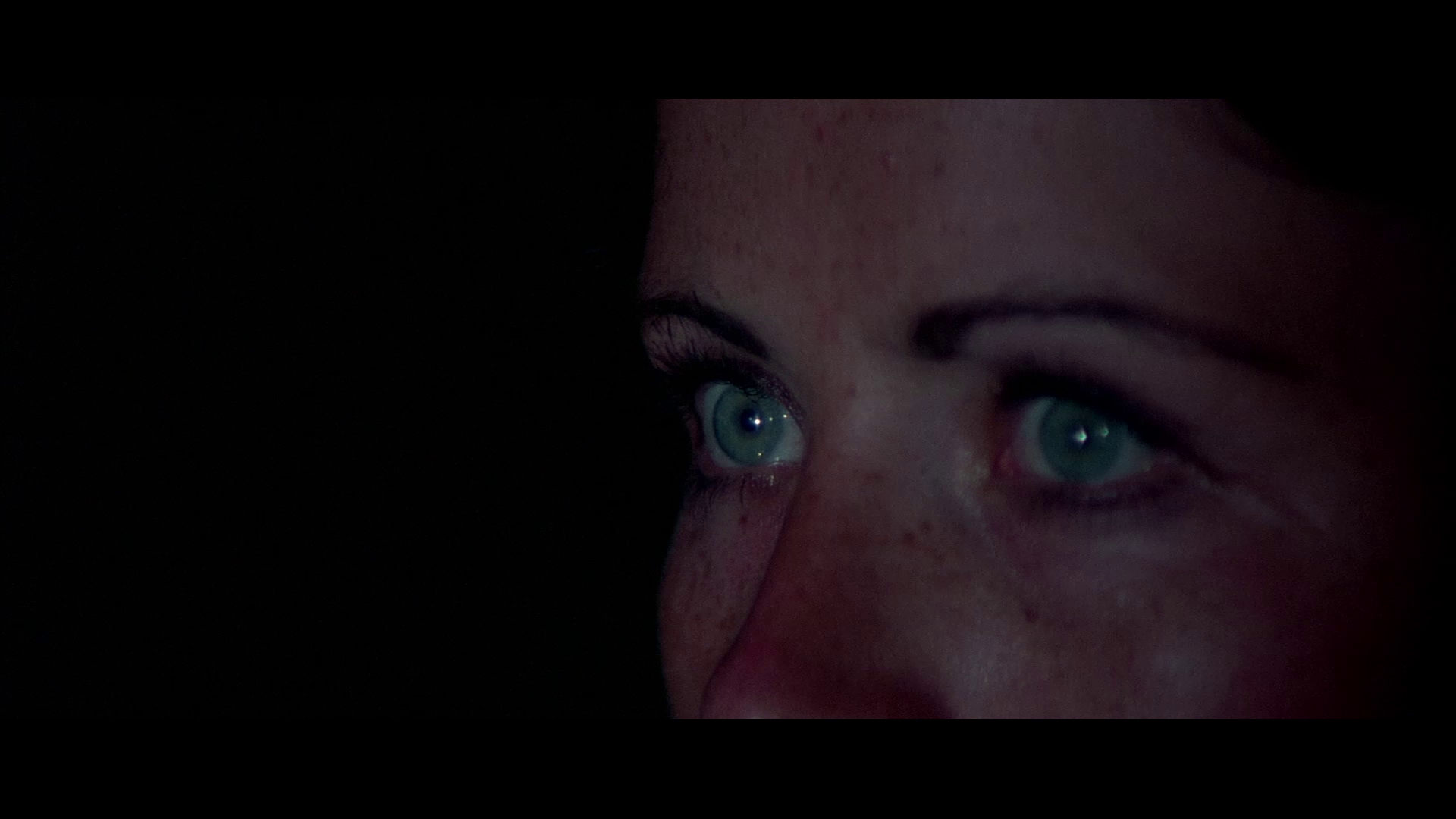 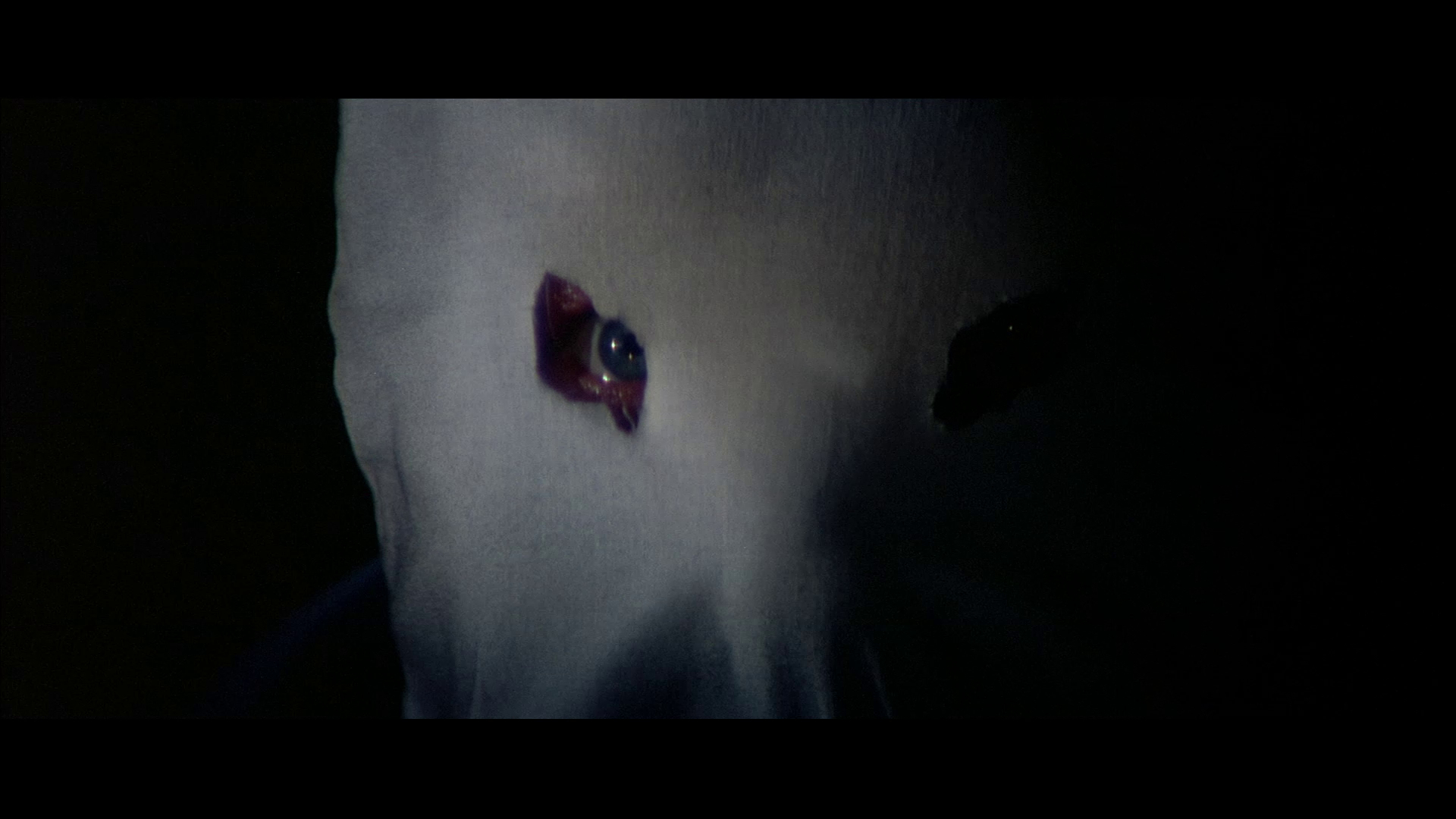 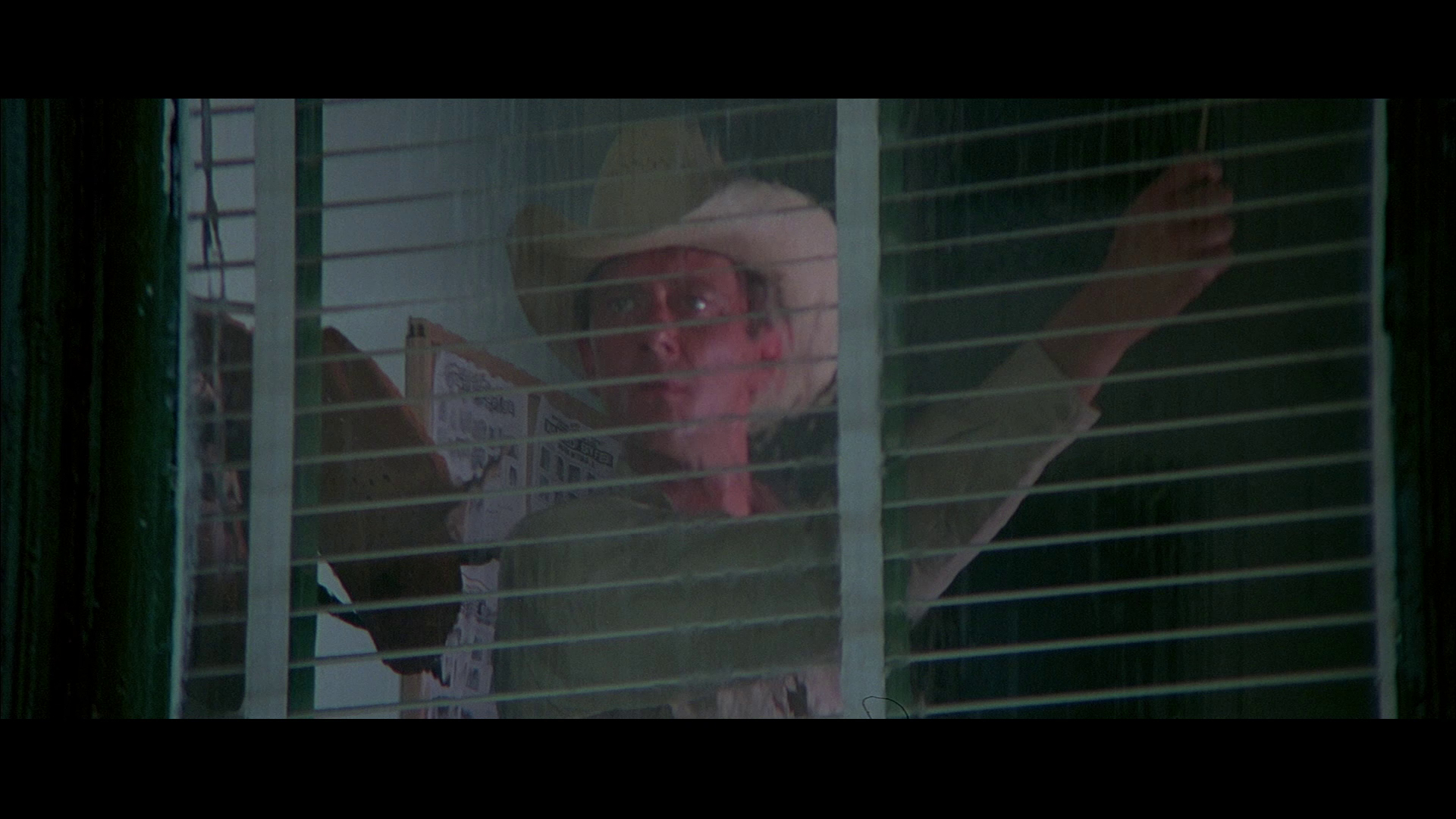 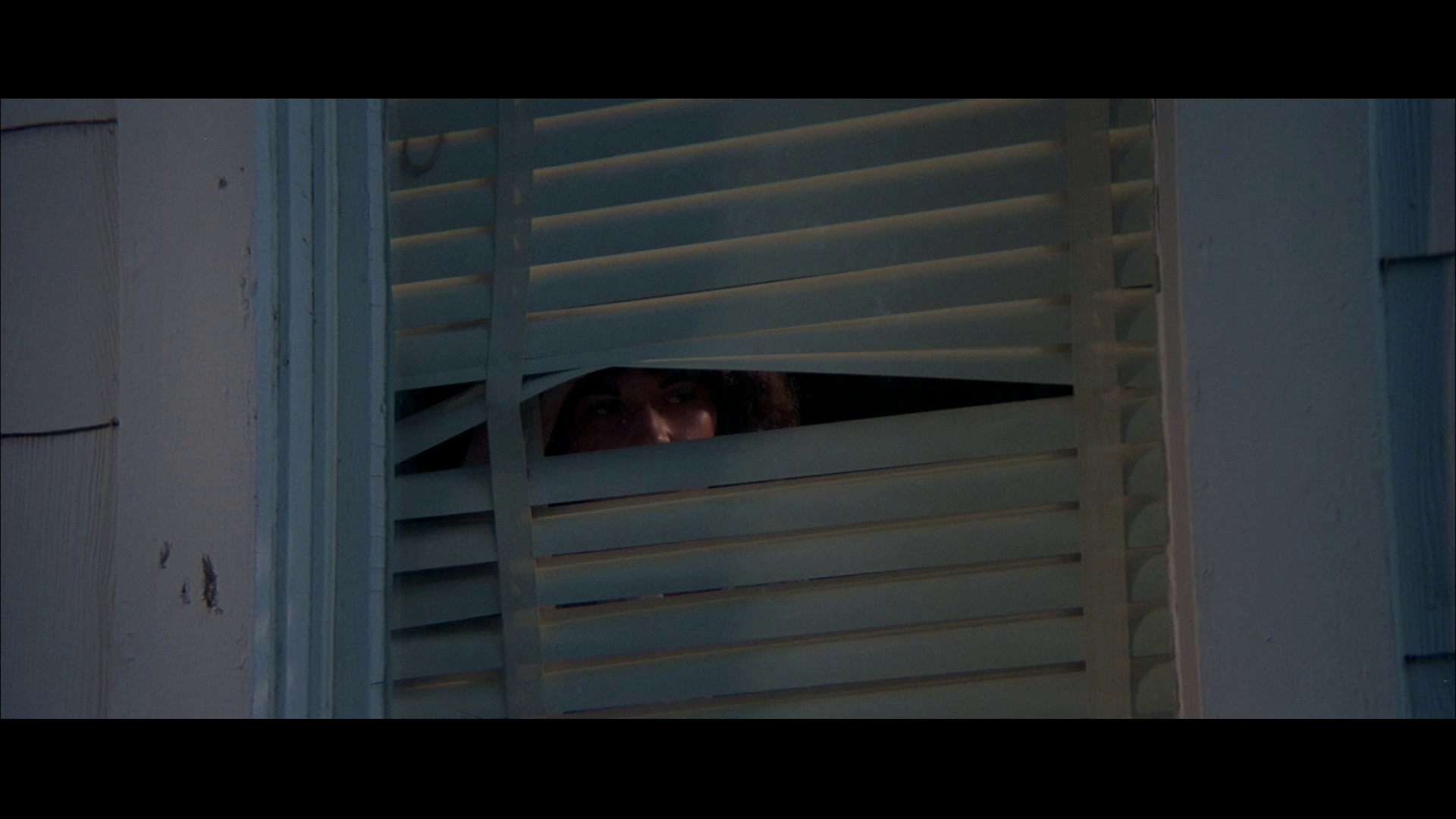 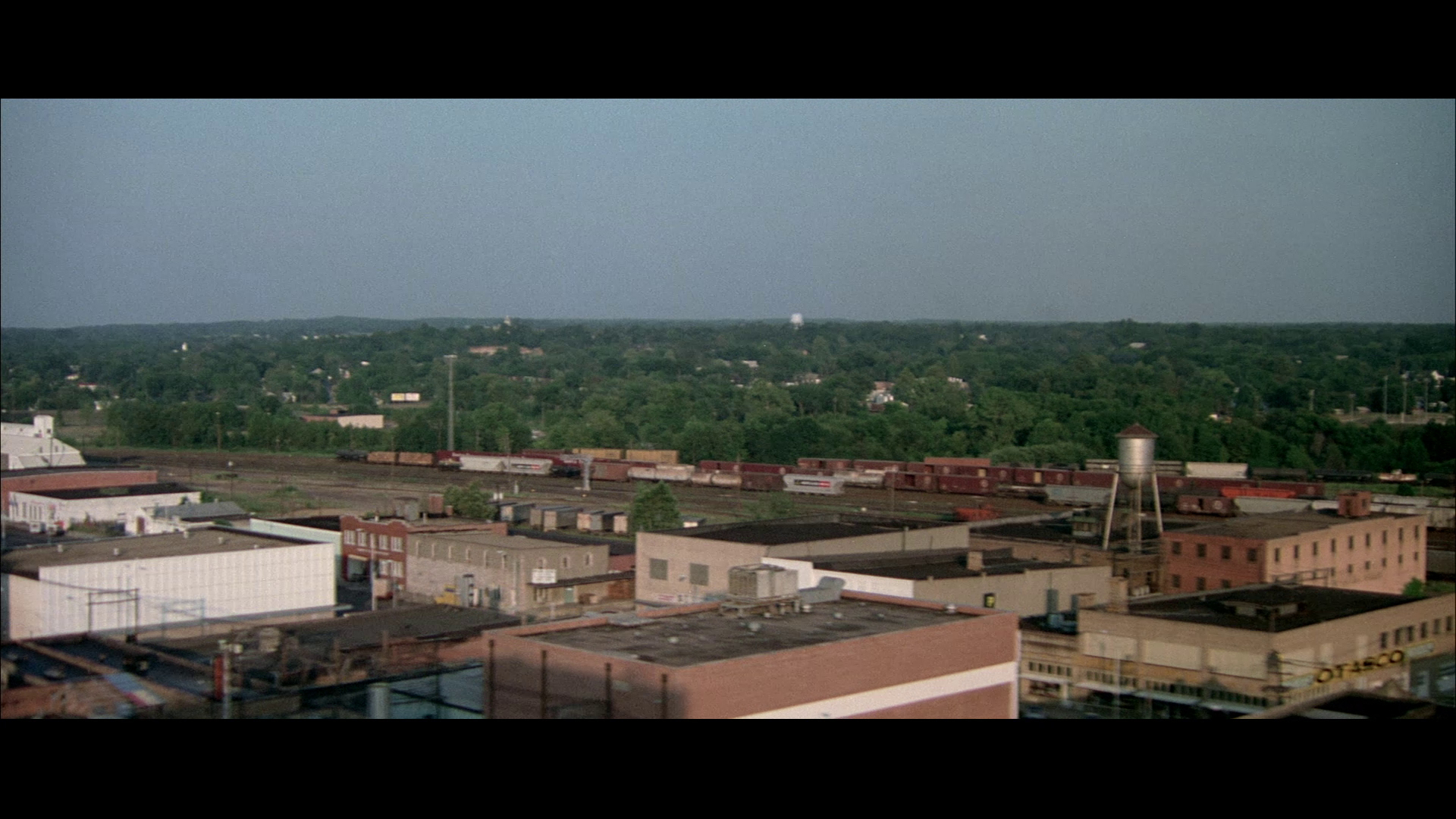 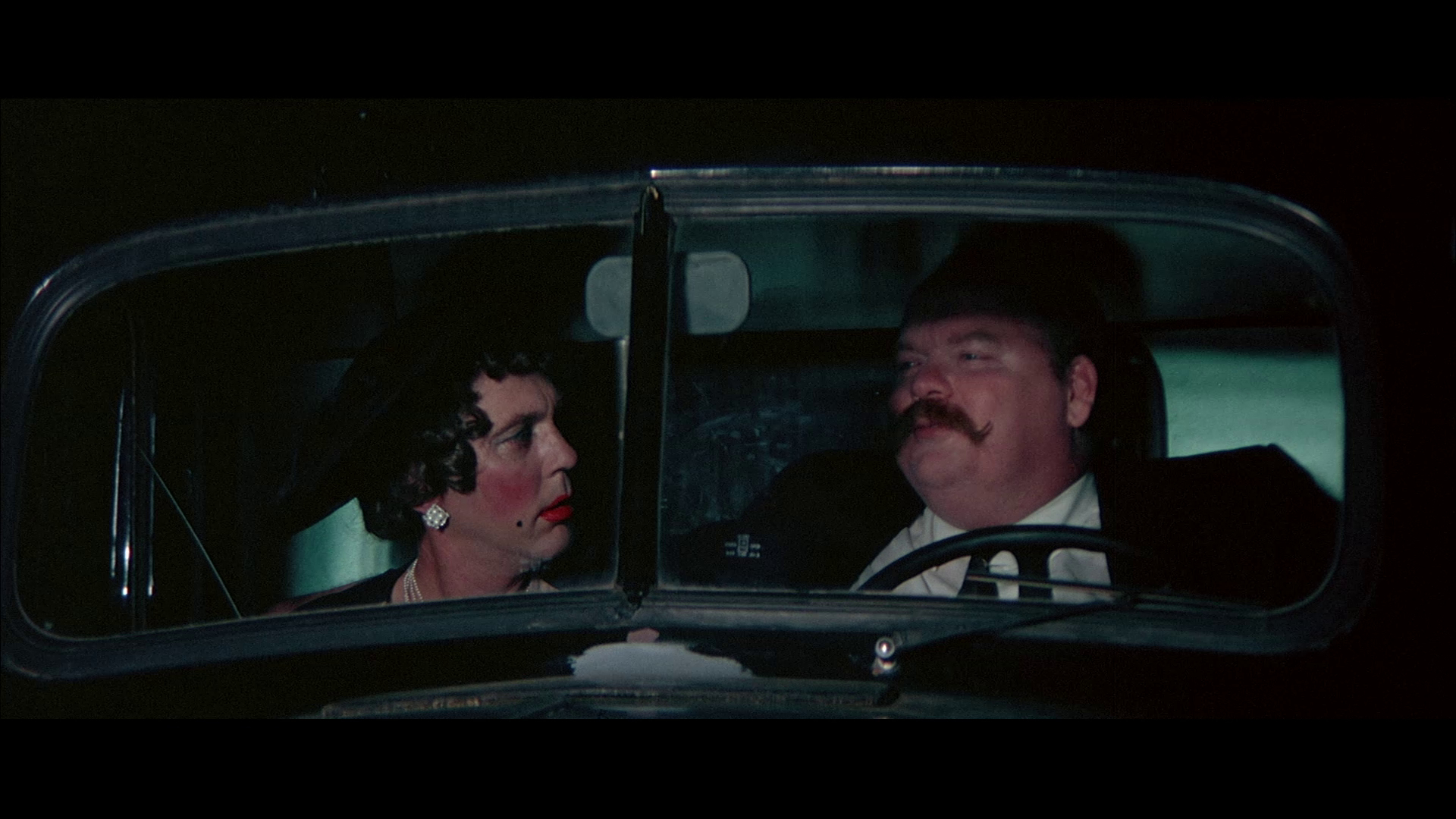 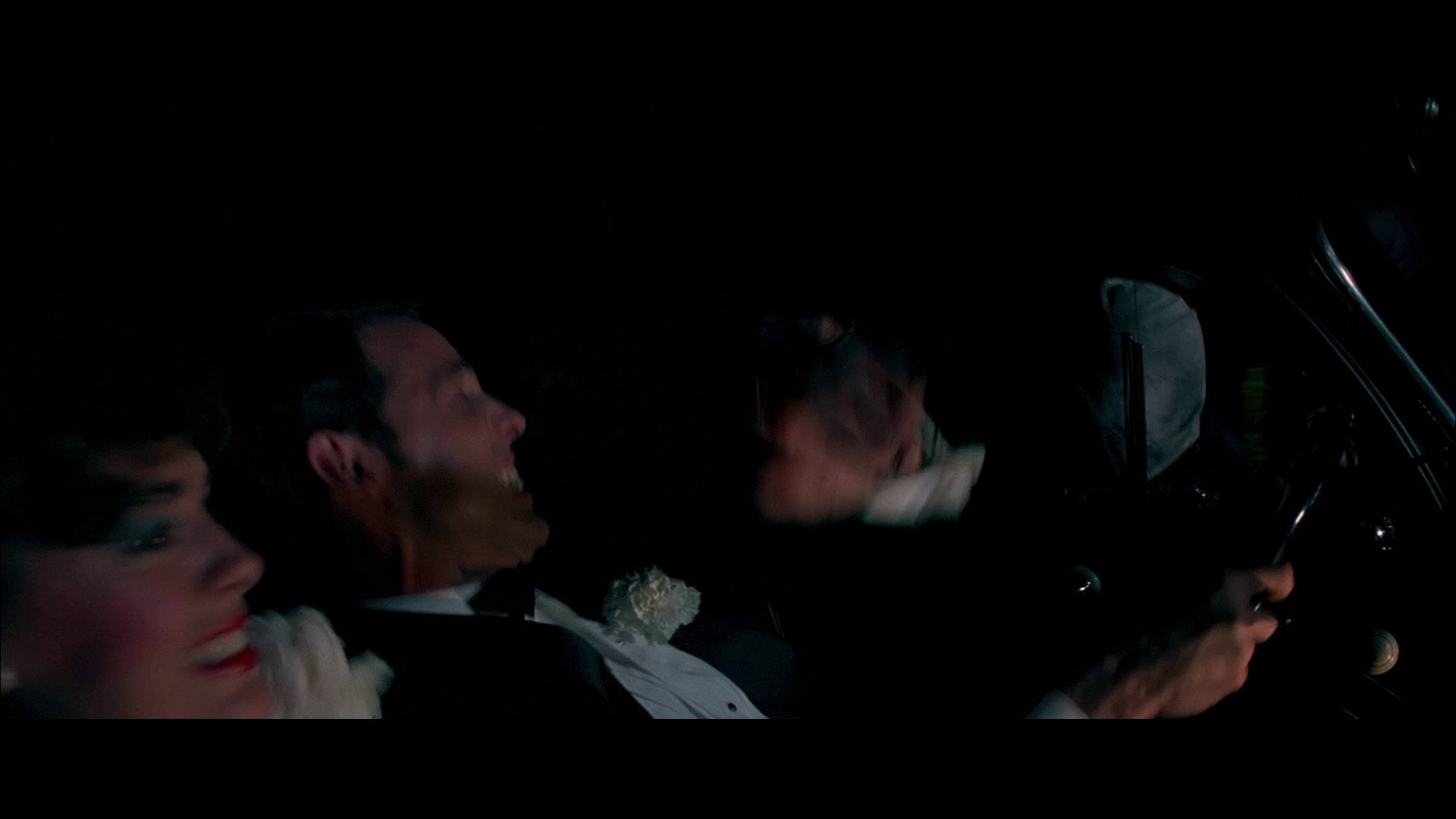 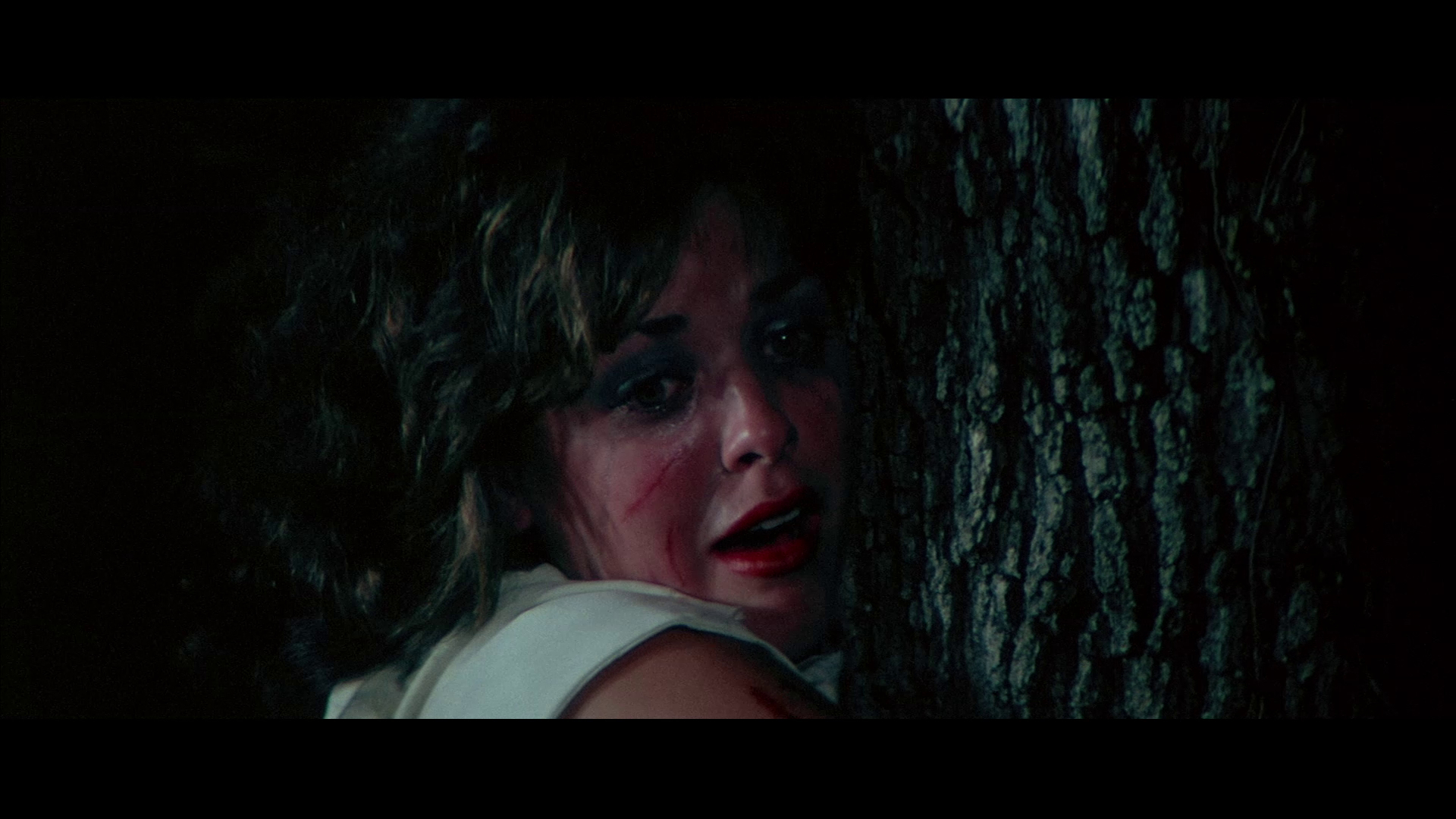 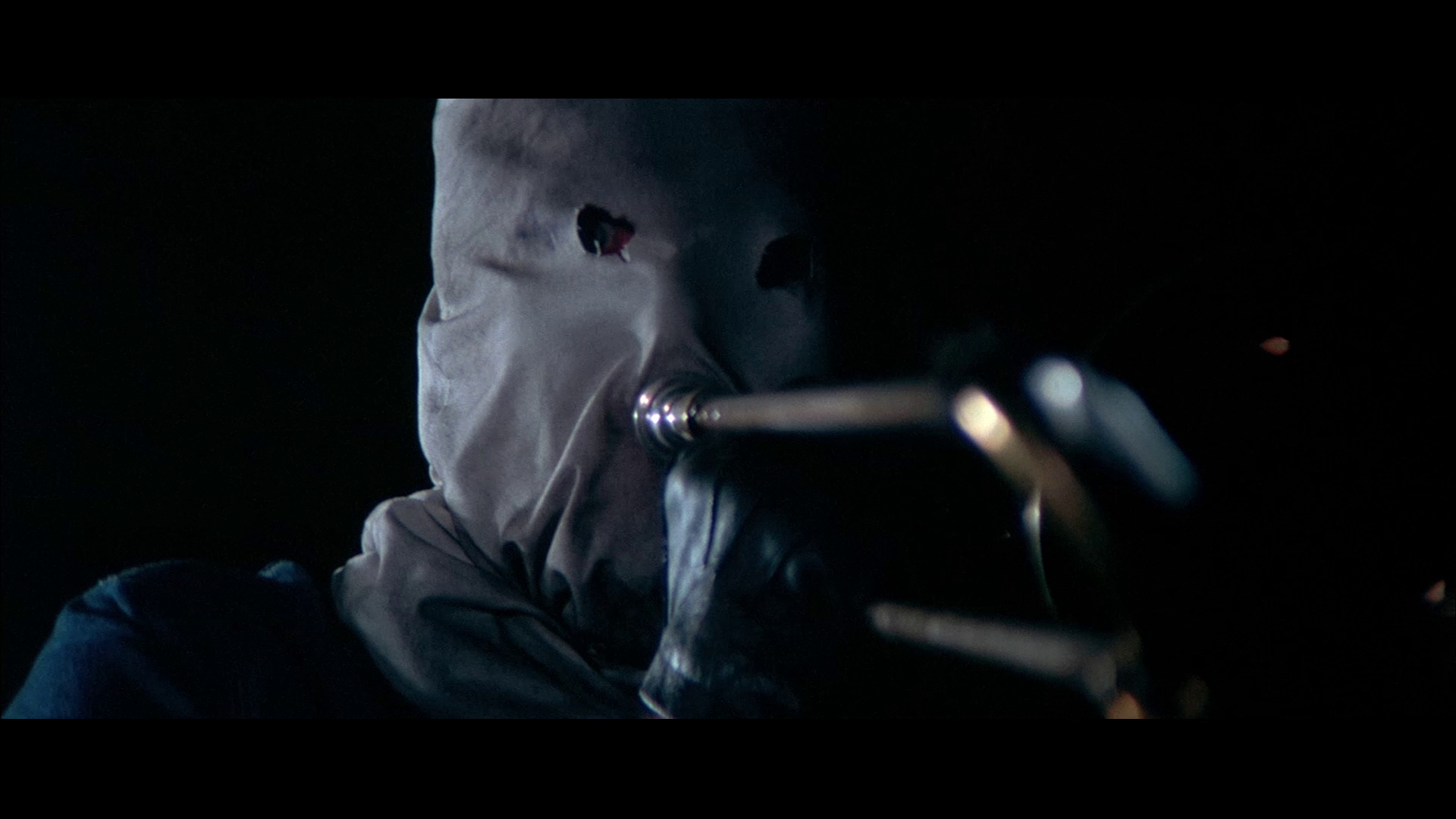 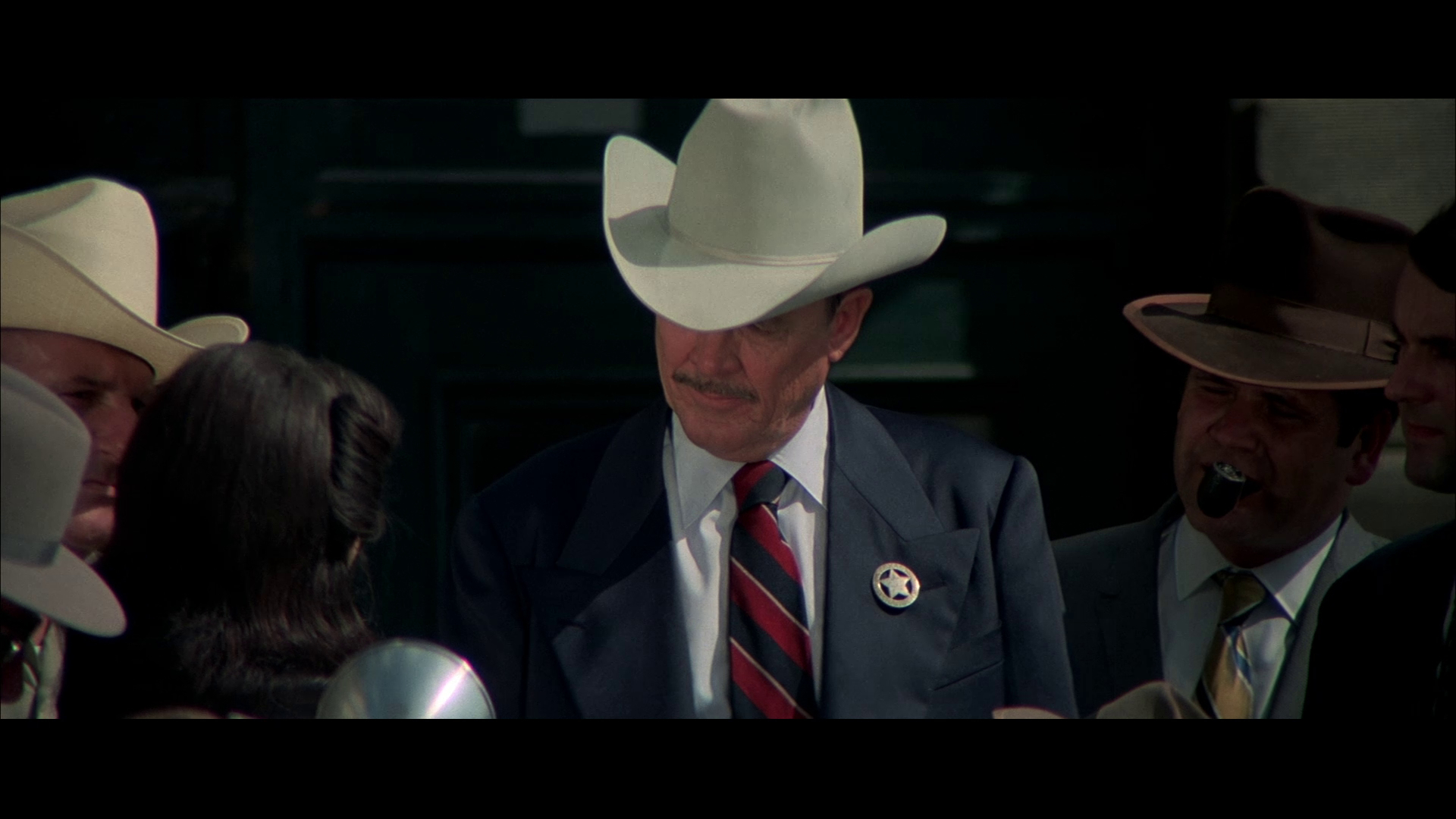 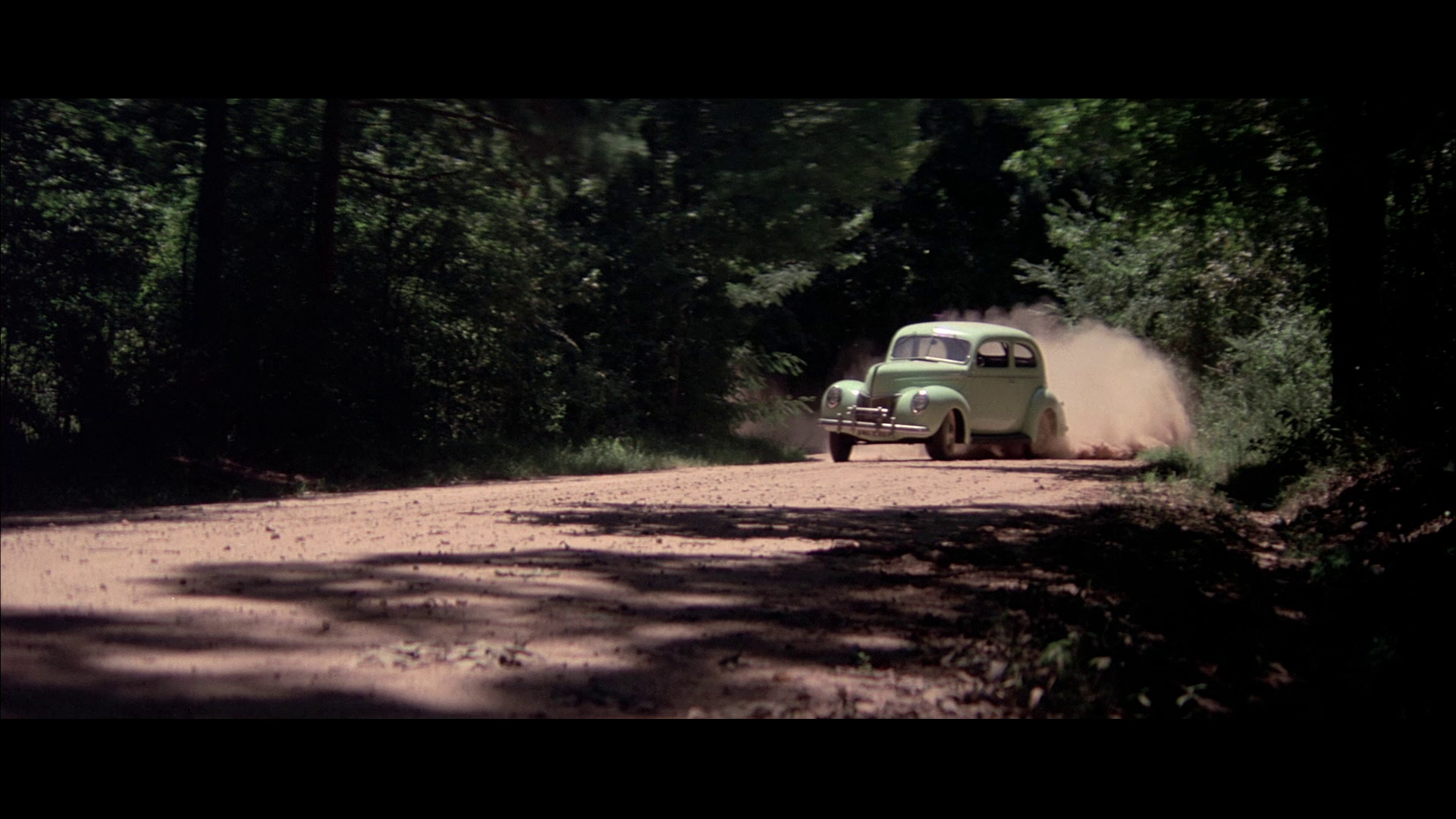 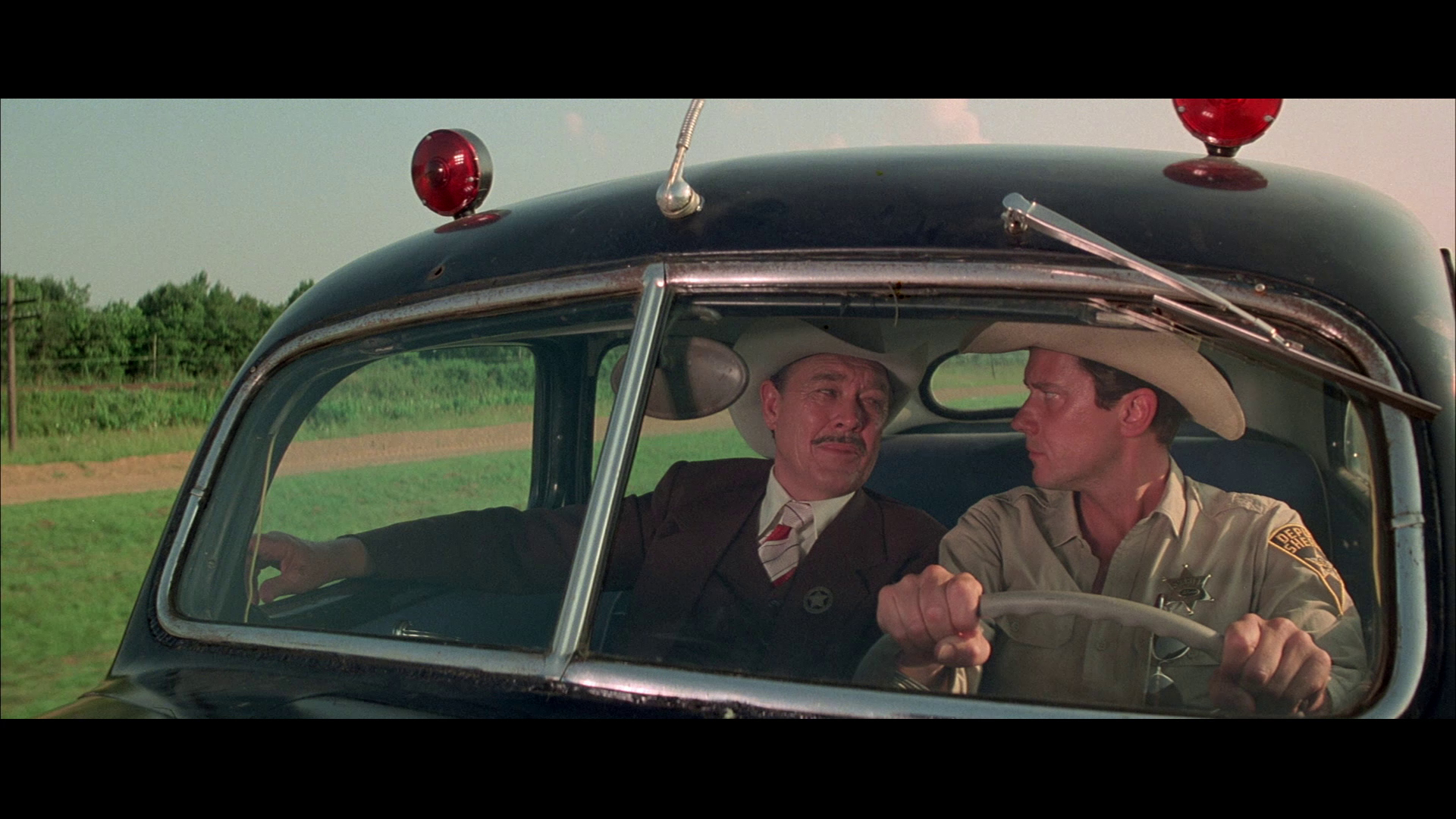