Newsroom: The Complete First Season, The 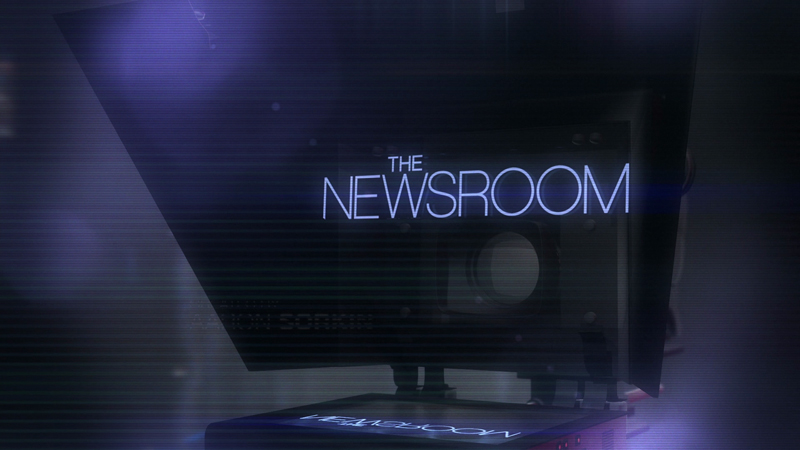 
The Show
I graduated college with a degree in journalism. I have taught journalism for several years. I am what you would call a news junkie (or, my preferred term, an infomaniac.) I believe in the art of journalism, and hold its tenets sacred, as sitting just above my head on my bookshelf as I type these words is a copy of The Journalist's Moral Compass, co-written by Steven Knowlton, a man I hold in the highest esteem. But the journalism practiced these days in newspapers and on television rarely looks like the journalism I was taught by him, nor the kind I have passed on to my students, for any number of reasons, and the result is the voice of the people, the fourth estate, being distrusted by many of the people, or worse yet, ignored, in favor of a blog post about a reality TV star's sex tape.

Leave it to Aaron Sorkin, who has told us fairy tales about television production (Sports Night, Studio 60) and politics (The West Wing), to combine the two topics and give us a look inside an idealized world of journalism with The Newsroom. The story of the team behind News Night, including anchor Will McAvoy (Jeff Daniels) and executive producer MacKenzie McHale (Emily Mortimer), the show follows them as they report the news, and make some themselves thanks to Will, who is a bit of a firebrand. With a large cast of characters, the series has a main through story of McAvoy's quest to live up to journalism's revered past, and the forces that conspire against him, but spends a bit of time with several members of the crew, exploring their personal stories.,

The conceit of the series that makes it all work is that the show is set in the recent past, so the news being reported on, including the BP oil spill, the Gabby Gifford shooting, the killing of Osama bin Laden and the Japanese nuclear meltdown, actually happened, so it's not a period piece, and the audience likely has a good memory of what happens. This puts the audience in the unique position of knowing more than the characters, and increases the challenge to Sorkin and his team to surprise the viewers. Sorkin's ability to turn traditional plots into mysteries, often showing you what happened, then jumping back and revealing how it unfolded, helps make it all possible. Because Sorkin doesn't telegraph the real-world news connections, letting you experience them as the reporting happens, so when you realize that you know what's going on, there's a genuine sense of discovery. 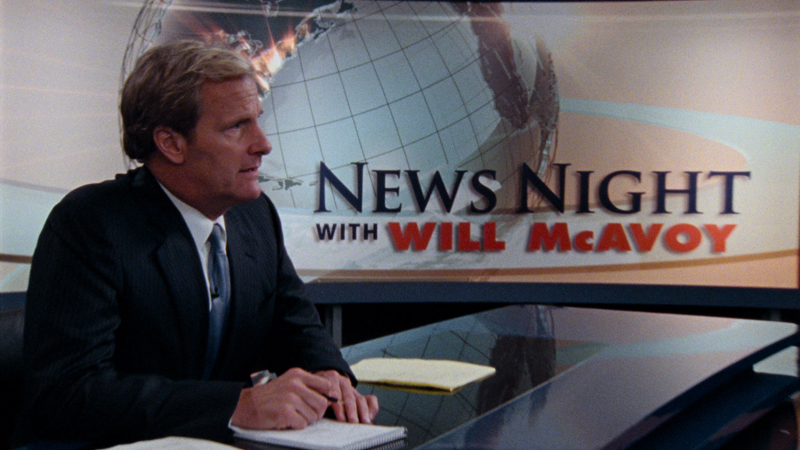 Part of what allows that connection is the fantastic cast, with Daniels and Mortimer leading the way as a pair with a past that affects how they work together today. Daniels is supposed to be a Republican news anchor (often referred to as a RINO (Republican in name only)) but he's fed up with his party's behavior, which makes it a bit hard to distinguish him from a liberal (as you never see a big Republican media figure criticize his party the way Will does.) Mortimer, on the other hand, is a somewhat harried professional trying to rein in an increasingly-erratic Will, who starts of the show by blowing up on a college student at an appearance. It just gets worse from there, as he keeps digging himself a hole, with the tabloids reporting on his every flub (as well as a touch of Network in there as well.) These very public problems don't make the owner of the network (Jane Fonda) too happy, especially since his broadsides at the government are messing up their business in front of Congress.

The rest of the crew is equally good. Alison Pill and John Gallagher Jr. play a pair of will-they/won't-they co-workers, both trapped in separate unfulfilling relationships, while Sam Waterston plays the head of the news division in a classic cranky-veteran role, getting some of the best moments. Thomas Sadowski and Dev Patel don't get the same screentime, as a rival producer and a resourceful researcher, respectively, but both make an impression, though not as much of one as Olivia Munn's, who plays Sloan, a financial reporter brought onto Will's show by MacKenzie. Many criticize Munn, since she got her breakthrough wearing a French maid's costume and jumping into a pie, playing up her sensuality on a basic-cable video game channel, but she more than holds her own against a very experienced cast, and gets her own chance to shine when she takes on a Japanese translator for not translating quite right.

Though the mix of drama and comedy is nicely handled by Sorkin, the series also features a less-complementary hallmark of Sorkin's work, as it's exceedingly earnest. No one in the main cast does anything for anything less than the most utopian of reasons, and everyone is striving for greatness, which makes it feel like the show is trying to change the world. There's nothing wrong with that, but if someone was a bit less idealistic, it might lend a bit more realism, and help grow the audience. It shares a lot of the tone and energy of his great series Sports Night which had plenty of episodes based in the moral strength of the characters and the pursuit of a higher calling in the face of more earthly concerns, especially ratings (heck, the shows-in-the-shows are even named Sports Night and News Night). If you're a fan of Sports Night, you'll find a lot to like here in this somewhat more dramatic series, and will notice a lot of similarities, including characters and storylines that are practically lifted directly from the earlier show (like having an observer on the set allowing for an external perspective on the characters.) That's not a bad thing, considering how good the shows are, and getting more of Sports Night is hardly the worst thing that could happen. 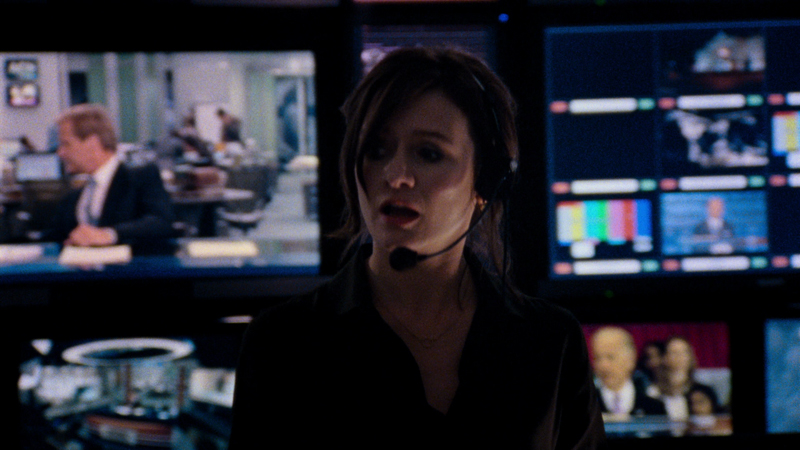 The Discs
This is the second recent HBO set I've checked out (Girls season one being the first), but if this is their standard, good on them. Packed into a matte-finish, spot-UV coated slipcase, with a back UPC-bearing panel for stores, there are six discs, four blu-rays and two two-sided DVDs. The blu-rays are held in a four-tray, five-panel digipak with a breakdown of the content, while the DVDs are held in their own separate two folder, which lists the content of that disc. The discs feature gorgeous animated menus (based on the show's opening titles) offering options to watch all the episodes, select shows, adjust the set-up and check out the extras. Audio options include English DTS-HD Master Audio 5.1, French DTS Digital Surround 5.1 and Spanish DTS Digital Surround 2.0 tracks, while subtitles are available in English SDH, French, Spanish, Danish, Finnish, Norwegian and Swedish.

The Quality
The 1080p, AVC-encoded transfers on these episodes look fabulous, showing off a ton of fine detail, giving viewers a good look at the show's amazing sets. With the exception of the first episode, the show was shot on video, with a patina of grain added to approximate a film look, and it looks just about perfect, with excellent color and nice, deep black levels. There are no concerns about digital distractions in this set.

The DTS-HD Master Audio 5.1 tracks are mostly about center-channel dialogue, as you'd well expect considering this is a Sorkin series, and there are no issues with his aspect, as it sounds clean and clear, even when everyone is talking over everyone else. The surrounds get a bit of work in most situations, delivering the beautiful score, source music and atmospheric sound (often conversations around the room) and handle some nice directional work as well, like off-screen dialogue. It's not a bombastic presentation, but it's not a bombastic show.

The Extras
The big extras are the five audio commentaries, featuring various mixes of cast and crew members. Sorkin tends to lead the way, and the participants have plenty of info to share, though in her track, Munn is easily the most active, offering her thoughts on acting and why she doesn't read online comments sections. Other highlights include Mortimer's issues with her looks and her boobs' incompatibility with necklaces, Sorkin's thoughts on his trademark walk-and-talk scenes and a comfy track with Sorkin, Daniels and Waterston. What should have been the gem of the set, the finale track with seven participants, is undone a bit by the number of voices and the fact that they are in five separate cities (and two countries!) It's still informative, especially with all the tidbits about season two, but expectations were very high.

With the exception of the first episode, each episode is accompanied by a recap of the previous episode, and a preview is available for every episode along with an Inside the Story segment. These clips, featuring Sorkin, run between two and four minutes each, as the creator summarizes each episode and offers some thoughts in a sort of mini video commentary. Getting more Sorkin is always a good thing.

Five deleted scenes are available from four different episodes, all of which were cut for time. There are some interesting moments here, including Will going after Sean Hannity and an angry fan going after Will on the street. They're definitely worth watching, but they wouldn't have changed the show much. There are other deleted scenes mentioned during the commentaries, but they remain MIA.

Two quality featurettes wrap up the set, starting with "Mission Control" (5:17), which gives an in-depth look at the series' incredibly detailed set, via footage of the newsroom, studio and control room and interviews with members of the cast and crew. It's truly a sight to behold.

The other featurette is a nearly-26-minute roundtable with Daniels, Sorkin, director Greg Mottola, Mortimer, Waterston and Poul, which lets them discuss the progression of the series, the cast, the challenge of coverage, the set and the role of romance in the show. The set-up encourages discussion, but like the commentary on the finale, some of the participants get a bit dominated, and the focus naturally falls on Sorkin. Even so, it's an entertaining chat. 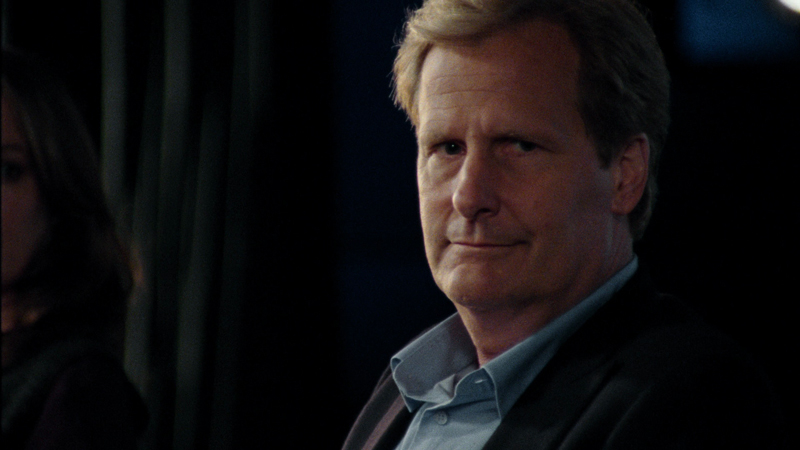 The Bottom Line
If your politics are of the conservative persuasion, you should probably just skip this one, as you're not going to enjoy being told how your party is basically the cause of most of the world's problems. For everyone else, this is a very entertaining and thoughtful series that will deliver a look inside the world of journalism as you wish it would be, though the earnest preaching may rub some the wrong way. The set is beautifully presented, and offers a healthy amount of interesting extras to enjoy. If you've ever enjoyed a movie or show about reporting, there's a good chance you'll want to watch this series.