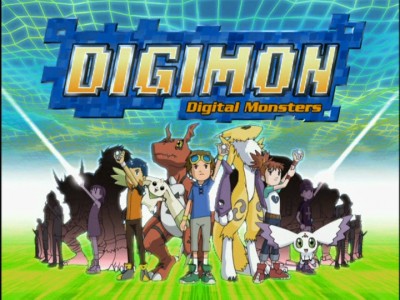 Digimon Tamers is the third season of the popular ongoing Digimon anime franchise. It was produced by Toei Animation and the series aired in both Japan and  in America between the years 2001 and 2002. It marked another successful season entry in the Digimon universe. It arrives on DVD in North America for the first time with this complete set which represents Digimon's continuation as a saga and also the entirety of a standalone show within a similar universe of storytelling.

Unlike previous seasons of Digimon, the show was a bit of an artistic departure from what came beforehand as with this season the show began a min-reboot of sorts creatively and the storyline focused on an entirely different group of characters. This was a departure which was met with a variety of responses: some fans greeted the change and others thought it wouldn't match up to a series they beloved (in part) because of how wonderful the characters were in the first two years of the franchise.

The season is directed by Yukio Kaizawa (Zatch Bell), who takes over the reins of former series directors Mamoru Hosoda (Summer Wars, The Girl Who Leapt Through Time) and Hiroyuki Kakudou (One Piece) as the primary creative filmmaker involved in the project.

The new kids of Digimon Tamers help to make up a cast of characters inhabiting an even darker world than the one the previous DigiDestined were a part of -- and the storylines are darker as a result, sometimes with a higher degree of occasional complexity that some fans probably hadn't expected, and the show doesn't allow for as much comedy or breaks from the action as the other seasons had. Furthermore, the show's element of DigiDevices has shifted somewhat from what was found earlier as previous devices helped to bring out the power of the Digimon but are now gone and have been replaced instead with a D-Power device. 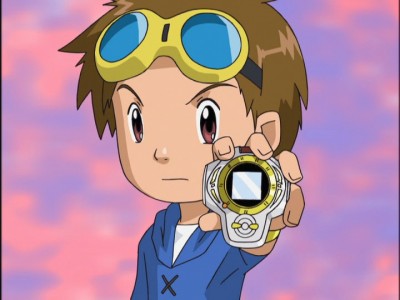 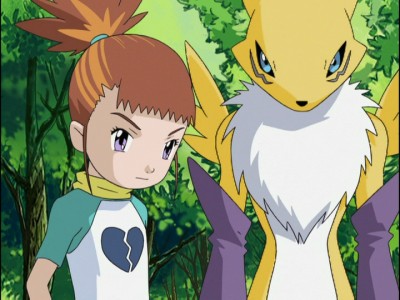 The D-Power component can bring forward the Digimon (including some imagined ones that come forth through the creativity of the characters), but most of these new Digimon characters are actually able to appear after cards are swiped on the devices (then bringing them out to help to save the day). This aspect seems to have been added as a tie-in to the card-game aspect of the show's success (as the Digimon trading card game was popular at the time), but it blends in with the show's style reasonably well.

The main characters of this season entry are Takato, Henry, and Rika: three young children who have the ability to train and work with Digimon within their real world. In previous series of the show, characters would sometimes go back and forth between the real and digital world to help save Digimon and the fate of the entire universe -- and the results of this led to break-times for characters to have outside of the digital realm. On Digimon Tamers, the show actually mostly takes place outside of the DigiWorld.

Takato envisioned his own Digimon and through his artistic side helped lead to the creation of the Digimon he partners with. Somehow, he winds up becoming the main group leader of the characters, and the rest are inspired from his bravery. Henry is a kung-fu expert, often quiet, emotionally intelligent, and his Digimon came to be with him from the video game creation connected to the Digimon. Rika is a tough and  skilled Digimon trainer who battles with the absolute strongest Digimon around, and she is a champion card player who is a loner before becoming more involved with Takato and Henry as friends.

The season is fun, inventive, and beautifully animated: all trademarks of the Digimon brand. Storytelling-wise, this season feels more leisurely paced at the start, and while it builds into reaching for more action and a big season finale it does have some good characters to keep things more interesting along the way. Anime fans who appreciated the prior seasons will certainly enjoy the season for its overall creativity. 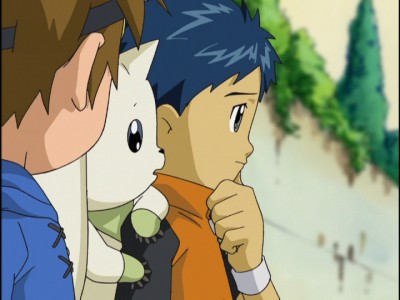 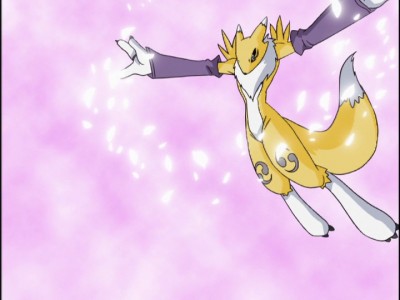 The 1.33:1 4:3 full-frame presentation presents the animation wonderfully. The art is bright and vibrant with good depth. The animation also looks colorful without appearing over-saturated in presentation. This is a good transfer that is impressive and worthwhile. The transfer shows the clean and notable buoyancy of the video quality.

The Dolby Digital 2.0 is a reasonably engaging sound mix for a standard stereo track from a television series. The dialogue clarity is crisp and well-defined throughout each episode. It doesn't have the impressive enveloping sound a surround presentation would have added. However, the dynamics do impress with clean, clear, and beautiful sound.

The only supplements included are found in the form of a 32 page long character guide book included inside of the packaging, and a gallery highlighting more than 40 different Digimon villain sketches. 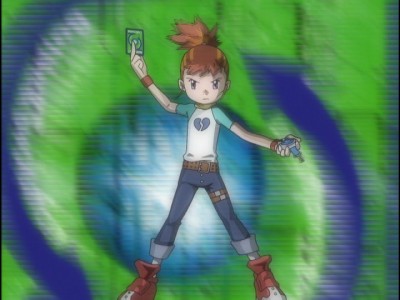 Digimon Tamers is another good season in this spirited anime saga. It's not quite as well-made as the original seasons were, which is probably in part because of the loss of Mamoru Hosoda (The Girl Who Leapt Through Time) as a primary director. Fans will enjoy it regardless and will be interested by the differences between the original saga and this new one. The animation is so amazing to behold and the inventiveness of it all keeps things interesting. The DVD PQ/AQ impresses. This is a solid DVD release and one fans should consider adding to their anime collections.