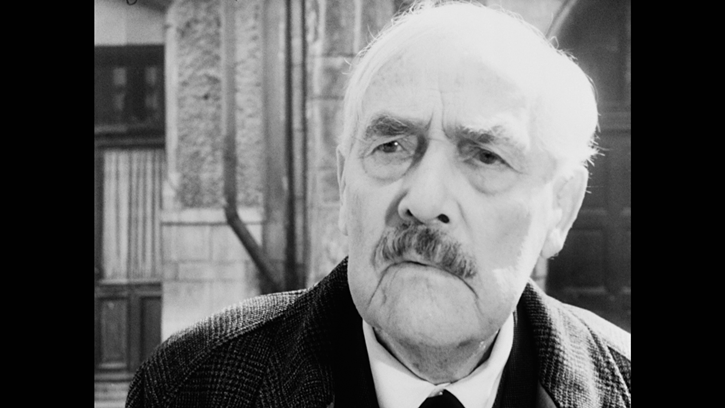 There are few filmmakers of this world who have ever managed to create films as interesting, as complex, and as emotionally relevant as Ingmar Bergman.  The closest we have ever come to seeing the greatness of Bergman reimagined or revisited is not in any other influenced filmmakers, but simply in revisiting and experiencing Bergman's own works throughout the passage of our lives. Wild Strawberries, released in 1957, is long considered one of the filmmakers greatest achievements. This undeniably human film manages to be a profound, thoughtful, and delicately introspective reflection on the passages of time and of a life. It was released to great acclaim and it helped to launch the renowned filmmaker's successful international career in art-house cinemas worldwide.

Professor Isak Borg (Victor Sjöström), 78 year old, is the central protagonist of the story. This character becomes explored throughout the course of the film. He is widowed and he has had distance between himself and his only son, Evald (Gunnar Björnstrand). Isak is about to be a honored professor with a ceremony presentation of a Doctor Jubilaris degree for his work in bacteriology. The majority of the film takes place during the travels taken to arrive at the ceremony.

Isak sets off for the ceremony with the accompaniment of his daughter-in-law, Marianne (Ingrid Thulin), who dislikes Isak, and who is facing relationship problems with Isak's son. The journey to the award ceremony is one in which Isak returns to several places of his past both literally, metaphorically, and spiritually. He goes on an interesting journey; one in which he meets a group of jubilant youths (who remind him of his younger years and an early love) and also an older couple with bitter distaste for one another, who crashed a vehicle and wind up hitchhiking with them for a short while. It's a strange if fascinating trip, but the central element of the story is Isak's reflections, which he has in an observational, introspective, and dream-like state that sometimes turns nightmarish as he's dreaming through his interactions with his past and trying to make sense of his own present. 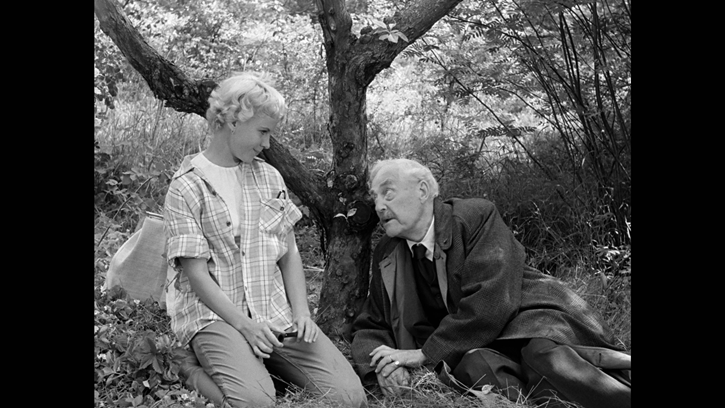 The story being told is a unique combination of autobiographical and fictional storytelling. The similarities between the central character, scholarly professor Isak Borg, and Ingmar Bergman provides some fascinating room for storytelling exploration. At the time of the film's creation, Bergman had just suffered a breakdown and was hospitalized. He wrote the entire work while being in a hospital bed. The similarities and differences between Bergman and Isak would be fascinating to consider in a critical study of the creation of this work. Both Bergman and this character of his creation, Isak, faced personal introspection. Yet Bergman never forgets how important it is to be a storyteller, first and foremost, and to take the audience on a decidedly human story that can be relevant and relatable for others.

Bergman is a master-class filmmaker and Wild Strawberries is one of his best achievements. He manages to do more in 92 minutes than many filmmakers can achieve during an entire career in cinema. This film is exquisitely orchestrated with a beautiful combination of performances and under-stated direction with lush cinematography by Gunnar Fischer emphasizing the effort and magnificently so; the imagery is so beautifully imagined by Bergman and realized with a depth uncommon by Fischer. To then see the efforts of these two collaborators merge with  the quiet music of Erik Nordgren, emphasizing the reflective nature of the film, is a special delight that delivers amazing results.

What a wonder it is to see the final performance of Victor Sjöström, a director himself, and who brings the character a great sense of humanity through his understanding of the role and the self conflict and pain which Isak faces along his journey towards peace and acceptance of his life. I found the performance of Sjöström exceptional, and it carried the film in a way that made the entire experience mesmerizing in a way that is usually only attainable through the great work unison of Bergman with a grand performer who understands the character with whole clarity.

Wild Strawberries is one of Bergman's most understanding films: that is, in this moment of Bergman's career, he crafted a story that is deeply aware of humanity and of how we face moments of time with introspection and a longing for a feeling of peace with ourselves and with those who surround us and make-up the DNA of our lives. It is a commonality of hummankind. Wild Strawberries is a beautifully realized cinematic creation that is as relevant and important now as it was back in 1957 and it is sure to still fascinate film-goers of all ages who have an interest in complex character-based storytelling. 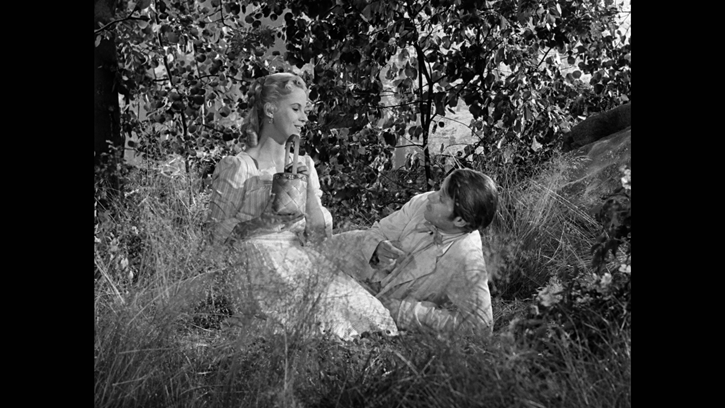 Wild Strawberries has received a 2K restoration and it was cleaned manually using technology removing dirt, debris, print damage, and other source-print imperfections. The end result is a startling good presentation with clear depth and detail. The film has stunning blacks and the dream sequences, which often have a strange aesthetic, look as they should. This is a strong transfer and one which reaches near perfection.  The film is preserved in the 1.33.1 aspect ratio and is presented in 1080p High Definition.

The uncompressed monaural audio is appropriate for the film in preserving the original sound design and elements. The film sounds surprisingly clean, clear, and with a easy to understand level of dialogue reproduction that befits the film well. Clicks, hiss, pops, and other issues of audio deficiencies have been addressed with the audio restoration. 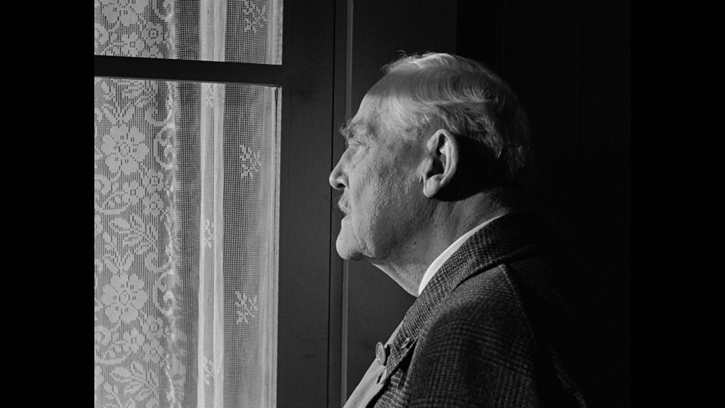 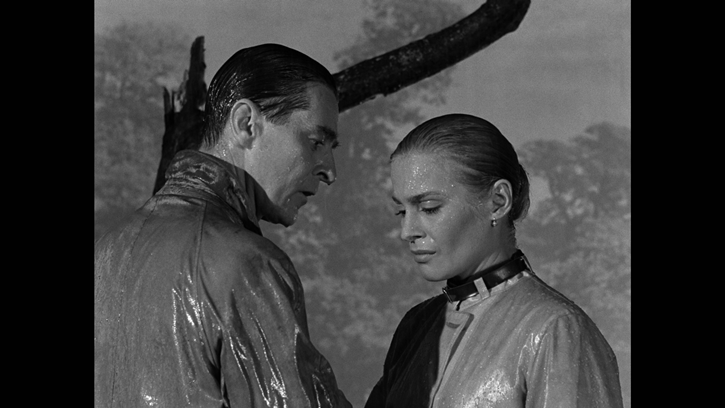 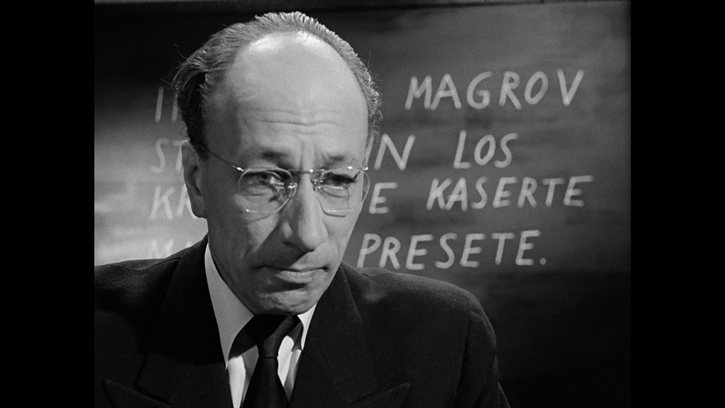 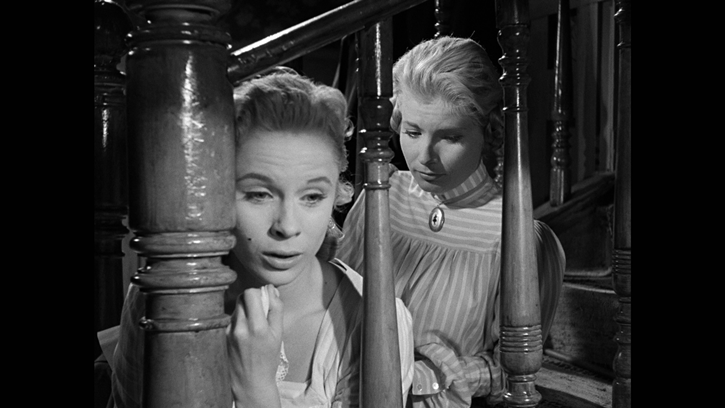 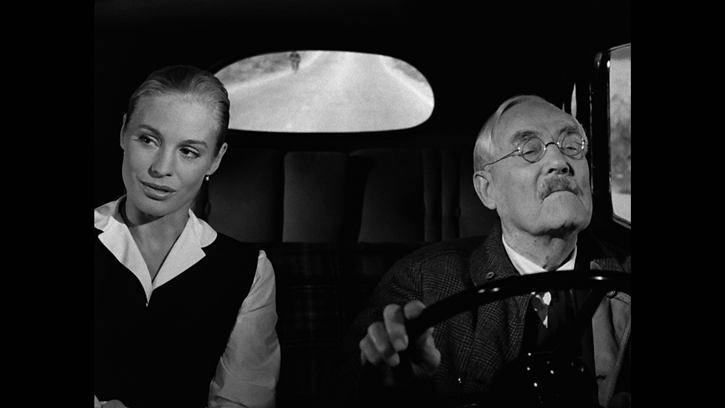 Supplemental materials on this release include a booklet featuring an extensive, well-written printed essay by film critic and professor Mark Le Fanu, a commentary track on the film by scholar Peter Cowie, and a handful of in-depth video supplements, in 1080i High Definition, listed below:

Ingmar Bergman Introduction (4 min.), Behind the Scenes of Wild Strawberries (17 min.), which showcases some behind the scenes footage with voice-over commentary, and most prominently, there is a feature length documentary entitled Ingmar Bergman on Life and Work (91 min.) of interest to Bergman fans wanting to hear and learn more about Bergman and his filmmaking through Bergman himself. 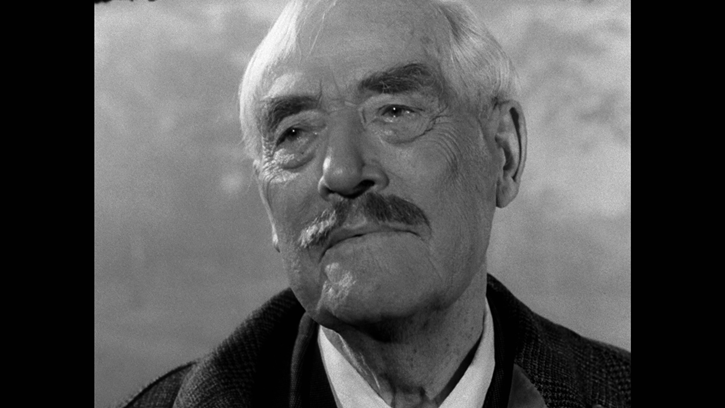 Wild Strawberries is one of the best films from one of the greatest filmmakers our world has ever known. If you are at all a fan of Bergman and foreign cinema this is an essential film that should belong in your film collection. The Criterion Blu-ray release provides a extensive and satisfying restoration effort in meticulous high definition and the included supplements should help keep fans of the film busy with some extensive inclusions. This is a beautiful film with a stellar release to showcase the fruit of the filmmaker's efforts. Criterion's own efforts in preserving the film should please longtime fans and help to introduce the effort to future generation of filmmakers and filmgoers.