Great Gatsby: Midnight in Manhattan, The 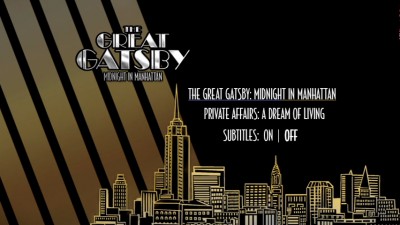 The 3D, Leonardo DiCaprio-adaptation of F. Scott Fitzgerald's The Great Gatsby, for better or worse, was the literary cinematic event of the summer. So it makes sense that the BBC would reach back into its vaults and dig up their 2000 special, The Great Gatsby: Midnight in Manhattan. A slim program, clocking not even 50 minutes, it's an entertaining warm-up, perhaps best viewed as a refresher for lapsed fans or an introduction for new believers. The Great Gatsby: Midnight in Manhattan is far from an in-depth dissection of the famous novel and its effects on the culture at large, though both surfaces are skimmed. The film is heavier on the connections between the book and its author's own life, as well as his relationship with Zelda Sayre, his version of Daisy.

The Great Gatsby: Midnight in Manhattan is loaded with admirers, including Jay McInerney, author of Bright Lights, Big City, and Garrison Keillor, host of Prairie Home Companion and the daily "Writer's Almanac." It's worth noting that the age of the program means there are several commentators who are no longer with us: namely, Hunter S. Thompson, Christopher Hitchens, and George Plimpton. This alone makes this DVD valuable. There is also a brief interview with Fitzgerald's last secretary, who opens the documentary by visiting the home where he died. The author's words are read by actor Jason Priestly.

Excepting a clumsy attempt to tie the The Great Gatsby's themes to turn-of-the-century, pre-9/11, pre-housing bubble, pre-charitable Bill Gates greed and excess, there isn't really much to fault in The Great Gatsby: Midnight in Manhattan's analysis. There's just not enough of it. This is more of a DVD bonus feature than a stand-alone. 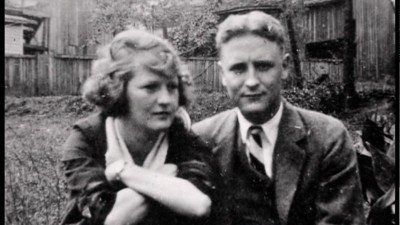 In fact, the actual bonus feature on this DVD is longer than the main program (if only by two minutes). It's a full-length teleplay by Robert Muller called Private Affairs: A Dream of Living. Shot in 1975, but set in Paris in 1925, it dramatizes the first meeting between Zelda Fitzgerald (Annie Lambert) and Ernest Hemingway (Charles Keating) when the latter is visiting F. Scott Fitzgerald (David Hemmings, Blow-Up). The impetus for the event is the publication of The Great Gatsby, the narrative follows a day of partying and verbal sparring about writing, manhood, and romance. It's nicely written and performed, though the compact timing makes some of the conversation seem overly convenient, like Muller is trying to pact the entirety of this literary triangle into one hour. 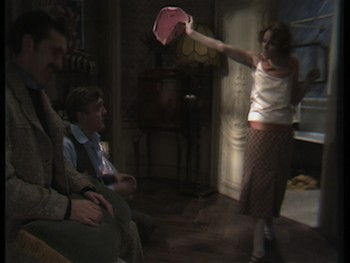 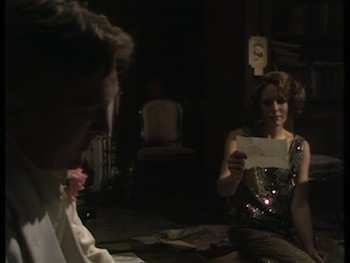 Video:
The Great Gatsby: Midnight in Manhattan receives a below-average widescreen presentation. Though the image is bright and colors look good, there is far too much interlacing, resulting in jagged lines and tracers, making the program look cheap.

The second feature looks similar. The source is older, and it has the look of 1970s BBC dramas; in addition to the zig-zag resolution, there are also some shimmery moments that look like instability in the original tape.

Sound:
The stereo mix on the audio is fine. It's a fairly simple documentary in terms of sound design.

Extras:
Just the one bonus discussed above.

FINAL THOUGHTS:
Rent It. There's not enough here to warrant a purchase, let's be honest. Still, The Great Gatsby: Midnight in Manhattan, short as it may be, is an insightful preamble for anyone looking to get into F. Scott Fitzgerald's oeuvre or learn more about the author. 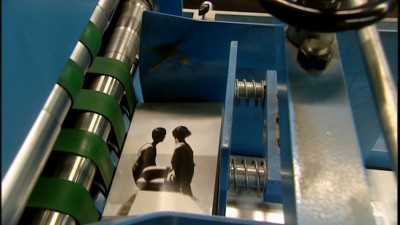