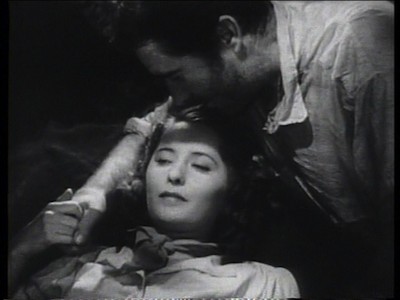 The 1936 action/romance A Message to Garcia is an effective, if somewhat laconic, chase picture set during the Spanish-American War. Based partially on a true incident from the conflict, the film stars John Boles as Lt. Andrew Rowan, a volunteer for a dangerous mission to break through enemy lines and deliver a message of support to the head of the Cuban resistance. There, Boles meets his future Stella Dallas co-star, Barbara Stanwyck. She plays Raphaelita Maderos, the daughter of a rancher who has lost everything to the Spanish. She, along with a dastardly smuggler by the name of Dory (Wallace Beery), lead the American soldier through the jungle in search of General Garcia. On their heels is the mercenary Dr. Ivan Krug (Alan Hale, It Happened One Night). His goal is to stop them from getting through, because the Spanish believe, should Garcia never find out that President McKinley is on his side, the rebellion will fall.

A Message to Garcia was released just before the Hayes Code was about to start showing its teeth, and the lack of censorship shows in some of the film's more violent sequences. There is plenty of gunplay, and with it comes gruesome results. There is also a rather harsh torture sequence after Rowan accidentally stumbles into Krug's capture. The added degree of peril doesn't mean that A Message to Garcia is necessarily any more realistic, but it's certainly grittier than the war movies that would soon follow in the 1940s. The action also saves A Message to Garcia from being a total drag. Director George Marshall doesn't quite have the knack for pacing that would make his later genre efforts, including the western Destry Rides Again (and later the unrelated Destry) and the noir classic The Blue Dahlia, far more memorable.

It's the performers that keep A Message to Garcia interesting, moreso than the plot. There is decent chemistry between Boles and Stanwyck, though the burgeoning starlet was already shining brighter than her leading man. That special X-factor that allowed her to command the camera's full attention whenever she is on screen is already apparent, even in a part that is slightly underwritten. It's actually Beery who makes for a better foil to Stanwyck's tough gal routine. The star of The Champ (as well as non-existent wrestling pictures written by Barton Fink) plays a real scoundrel in this one. Dory is a deserter who has been playing both sides of the conflict, selling defective ammo to the Cubans and the Spaniards alike. No one trusts him, least of all Raphaelita, but Beery's natural bearish charm makes you want to keep following him around, fingers crossed that the jerk will actually turn out all right.

There's not much else to A Message to Garcia. It's really just a movie where the hero rushes from Point A to Point B, encountering certain obstacles along the way, some of which contribute to the main plot, some of which don't. (The scene where Rowan and Dory fight off alligators is wholly superfluous, and completely clumsy when viewed now.) It's the kind of thing you might catch on cable and kill an evening watching without feeling too bad about it, but it may not be something you want to go out of your way to track down on DVD, particularly given the poor quality of this release. But more on that below... 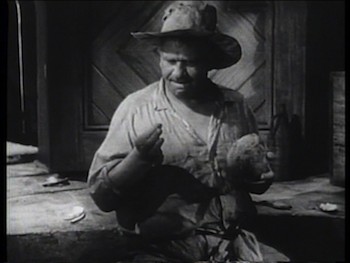 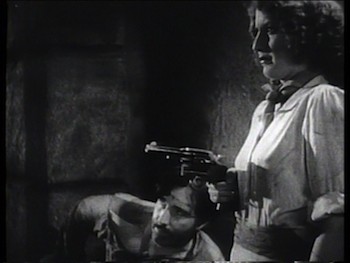 Video:
Released as part of the 20th Century Fox Cinema Archives collection, the company's manufacture-on-demand program, A Message to Garcia is given a low-rent presentation, mastered from the "best available sources" without any added restoration or clean-up. The black-and-white, full frame (4:3) image certainly shows its age. The surface image is covered in scratches and marks, and there are jumpy reel-changes that at times made me think this was taken from some kind of videotaped source. The picture is generally faded, and resolution is poor. The entire transfer is pixilated and marred by jagged lines.

Note, too, how in all of my screengrabs, there is a static line running along the very bottom of the frame. This is in the entire movie, though more evident in some scenes than others.

Sound:
The mono mix is pretty terrible, as well. Though thankfully dialogue appears all accounted for and can be discerned throughout, the general tone of the lone audio track is overly metallic, and there is a constant hiss running in the lower-register. Music sounds distorted, also.

FINAL THOUGHTS:
A Message to Garcia is a decent movie given a bad presentation. The Spanish-American War story from 1936 is entertaining enough, with a decent amount of action and a smidgen of romance. The latter is largely sold by an excellent performance from Barbara Stanwyck, who even at this early stage of her career is already showing the star quality that would sustain her as a major Hollywood performer for the next four decades. Wallace Beery is also fun and even a little endearing as a smuggler of questionable allegiances. The overall plot of A Message to Garcia is slight, and the direction is paced a bit slow at times, but these would be far more forgivable problems if Fox's manufacture-on-demand DVD wasn't of such poor quality. Rent It if A Message to Garcia crosses your path, but until such a time when it's made available in a better package, don't knock yourself out looking for it. 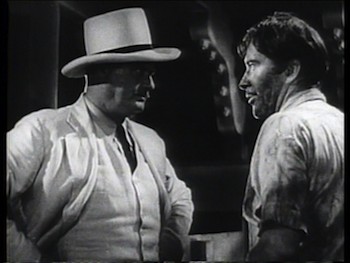 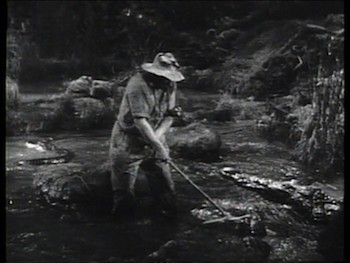