Legend of Korra - Book One: Air, The 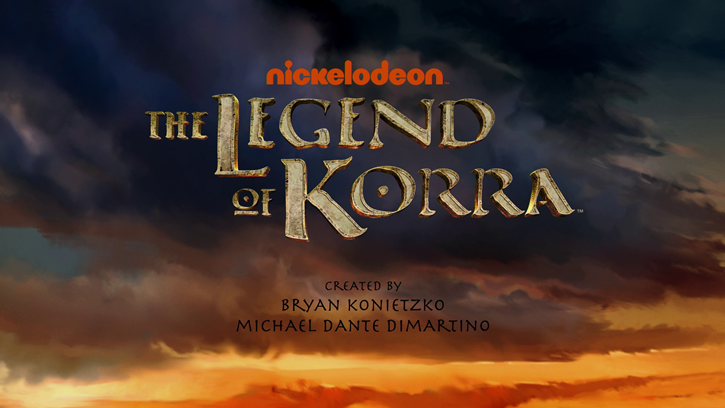 The Legend of Korra is the latest creation from the creators of Nickelodeon's popular animated series Avatar: The Last Airbender. The series is a sequel series to the previous creation and its focus in storytelling is primarily related to the quest of Korra, a teenage girl who is the current Avatar. She is the only one capable of being able to bend all four elements: Water, Earth, Fire, and Air. The Avatar is to use the gift of bending all four of these elements to maintain balance throughout the world of benders and non-benders. She has a special gift that's one of the most rare abilities there is in the entire land and it's with these abilities that she has a power to help protect and unite the people.

There is little doubt that the audiences who were tuning in to creators Michael Dante DiMartino and Bryan Konietzko latest creation were hopeful that the series would live up to expectations established with Avatar: The Last Airbender. I haven't actually seen all of the original series, which is unfortunate, because from what I saw of Avatar, I would consider it one of the best original animated series ever created. Finishing the original series is now on my 'to-do-list' regarding required viewing. The Legend of Korra could not possibly disappoint fans, as it masterfully unfolds from one episode into the next to form the most thrilling, artistic, and intelligent animated series in years.

I am somewhat flabbergasted as to how good of a show this actually is -- you really cannot and will not find much better in television (through animated efforts or otherwise) than in what you will find with the brilliant effort that is The Legend of Korra. This is a show that has it all. The "elements" all come together magnificently. (And, yes, that is also a pun.)

The main thing that stands out about the show beyond anything else is the quality of the writing. Creators Michael Dante DiMartino and Bryan Konietzko have shown a dedication to their story that is almost unparalleled in all of television. With few exceptions, almost everything that has been made for television has utilized a group of writers to cover the writing duties between an array of episodes.

Michael Dante DiMartino and Bryan Konietzko join a small group of great television writers who show the upmost dedication to telling their story. Each  episode of the entire season has been written by them alone (with no other writers credited at all) and that takes a significant amount of dedication to their own storylines and characters. These are first-rate writers and Nickelodeon was smart to let them tell their story the way they wanted for it to unfold.

Luckily, the effort seems to be something that paid off significantly as the story flows seamlessly from one great episode to another. The writing adds a theatrical element to the show as well: it almost feels like an epic five-hour long movie. There are no significant lulls of filler material. Nothing in the writing suggests that this show has been undercooked.

The story is one of the most compelling ones on television. The story centers around Korra, the latest generation Avatar who is capable of mastering all the main elements. The journey that is taken with this character is quite amazing as she learns to better master the elemental skills of bending. Korra is a brave, tough, and kick-butt heroine that utilizes her smarts and intuition to help those around her and to stand ground against a rebellion-leading baddie named Amon, an entirely unnerving character who wears a mask and is trying to lead non-benders against those who can bend, and against the Avatar too. 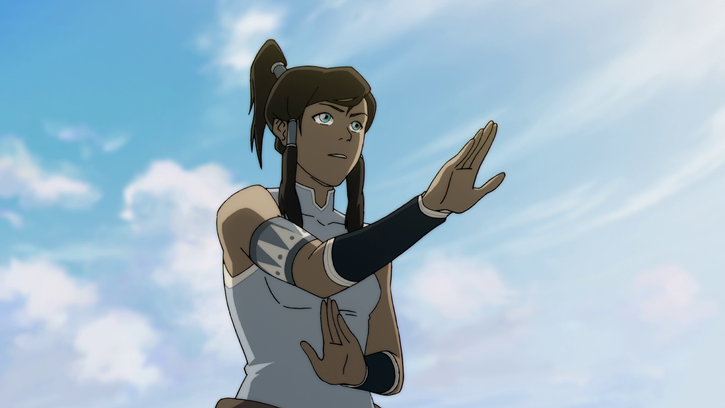 Korra is joined by brothers Mako and Bolin as a trio group of friends who compete in the sport known as "pro-bending" and they become known as the team called the Fire Ferrets. Over the course of the season, the three become incredibly close to one another, but romantic tensions between the three causes some difficulties amongst them (seeing as how both brothers have feelings for Korra and she only feels that way about one of them, who happens to be dating someone else, Asami, who also becomes their friend and aid over the course of the season). These are well-developed characters that will keep audiences intrigued as they become so involving as their stories are developed even further along the way.

The story is far more complex and intriguing than many animated programs would attempt in crafting their storylines. As each episode ends and another episode begins the storyline seems blended perfectly, and the complexity of it barely ever wavers (except for having a occasional comedic moment; which are nice calms before the tide shifts to more complex storytelling the creators seem to revel in).

The equalists group that is led by Amon is one of the more frightening and intense elements of the entire show, and it's clear that a comparison is being drawn between these characters and other acts of radicalism and terrorism. It makes for some heavy-duty storytelling that is dark, complex, and involving and that feels as though it is aimed more towards an older audience consisting of teenagers and adults. There is a heavy political tone throughout but one that is certainly not going to lose audiences.  Rather, the political elements make the show a more compelling one.

This is one of the highest caliber shows around from a production standpoint. The animation style (which is heavily inspired by Japanese anime) is done by Studio Mir and has been one significant element of the show's ultimate success. The character designs, lush backgrounds, creative environments, and all-around artistic style is unique and impressive.

With direction demonstrating effective spectacle and dramatic depth, the show is a huge success creatively, allowing for the high-quality production aspects to shine as brightly as possible. And it's all complemented with the beautiful music from returning composers Jeremy Zuckerman and Benjamin Wynn. The collaborators and their effectiveness in working to bring so many effective elements to the table is part of the charm. Voice-acting is also excellent and characters are quite compelling as a result as the VA's do excellent work forming fully-realized animated characters.

What's next for  The Legend of Korra? Only the creators and staff behind the show are currently aware, but what's certain is that Nickelodeon and the creative team have found a great successor to their massive hit Avatar: The Last Airbender. This is a remarkable show and one that is now planned to have four seasons total (each comprising a book -- this first season out is "Air" and the next one, due to air sometime later in 2013, will be entitled "Spirits" and should focus on developing a standalone storyline; which is similar to the model utilized this debut season). Animation fans should rejoice: The Legend of Korra is one of television's finest series. 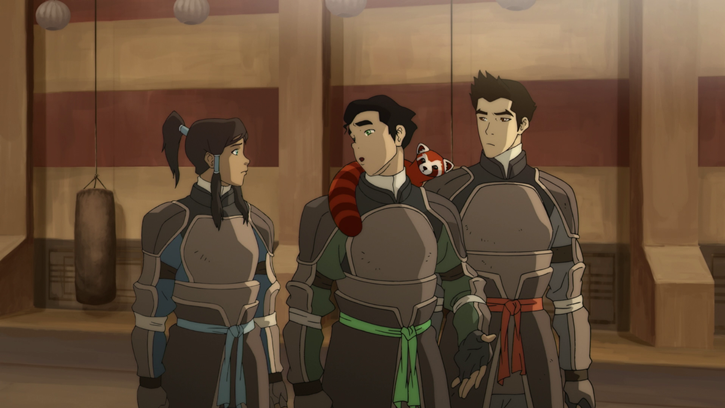 The Legend of Korra has received a stellar 1080p High Definition presentation that preserves the original broadcast aspect ratio of 1.78:1 widescreen. The colors and depth of the image impresses constantly, and the animation crispness and detail is strong. This is not a soft or underwhelming transfer of the show. Rather, the clarity practically sparkles with high bit-rates and no annoying compression issues.

The series has been released with a fantastic 5.1 DTS-HD Master Audio lossless audio track that impresses at every turn. The clarity of the audio is precise and beautiful and the nice bass quality improves many an action-sequence. The dynamics and range sound stellar, and the overall audio quality is going to impress even the most critical of audio-buffs. 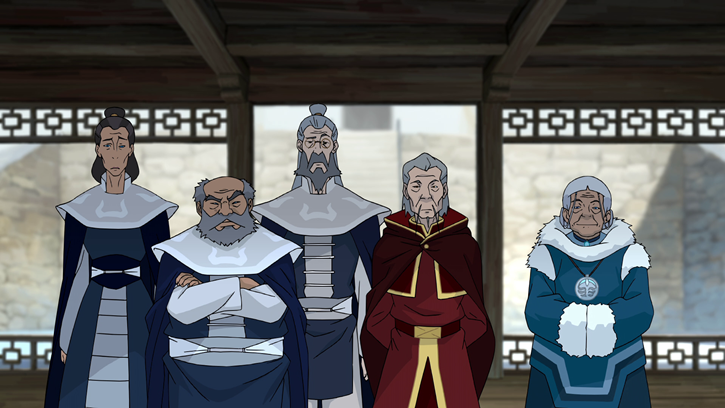 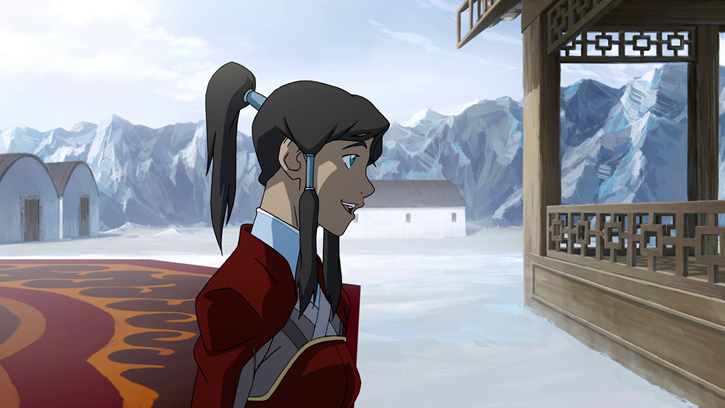 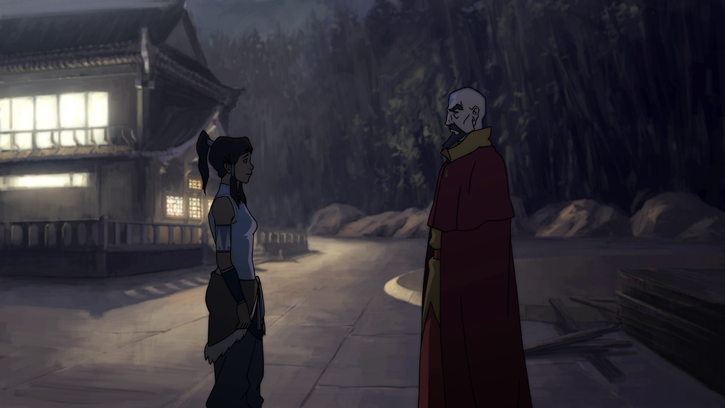 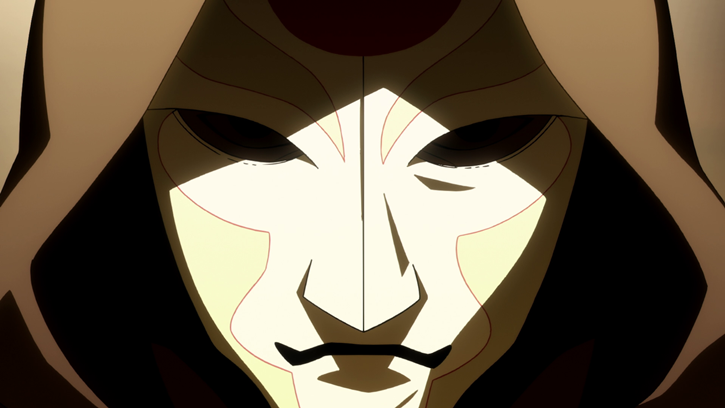 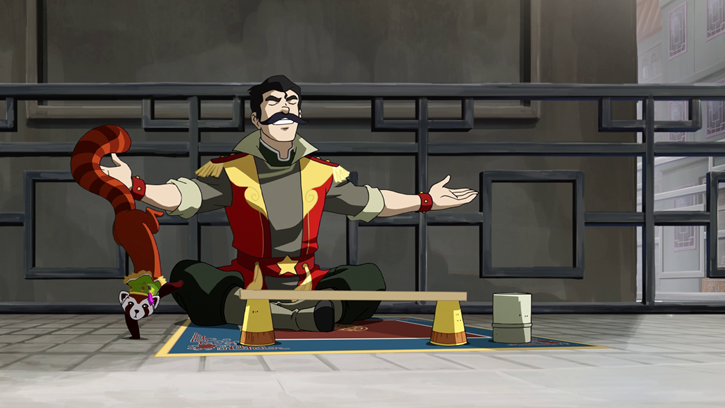 The supplemental material included on this release is quite surprising to me for an animated effort from Nickelodeon, but considering the high-caliber quality of the show, it's awesome getting to realize that a solid effort went into forming this element of the release.

Fans of the series will find several Blu-ray exclusive bonus materials with 12 audio commentary tracks from the creators, cast, and crew, selected 'favorite' scenes as chosen from the creators as presented with animatics.

The other main supplement on the release (which is also available on the DVD edition) is the featurette: The Legend of Puppetbender Presents: The Making of a Legend: The Untold Story - Part 1", which runs six minutes long and is more of a parody video (which isn't that funny) where it's a faux-making-of featuring puppets in the place of the animated characters. Basically, unless you purchase the Blu-ray edition of the season there's nothing notable with regards to supplements. 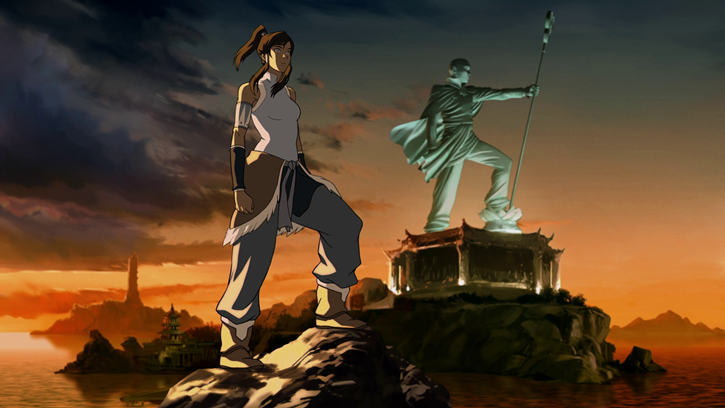 The Legend of Korra: Book One - Air is one of the most impressive animated efforts I have ever seen in my entire life. If you are a fan of Avatar: The Last Airbender (or even if you aren't) this series will amaze you. It's got all the elements necessary for brilliant television: great writing, direction, and characters. The animation is stunning. With excellent PQ/AQ, and some cool exclusive supplemental features, this is one release that is a must-have for animation fans.