You Can't Do That on Film 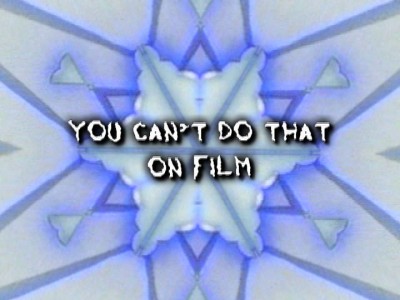 
The Film
As a kid who grew up on Nickelodeon, both literally and figuratively (having appeared in commercials and shows on the network as a child,) I have very fond memories of the network's early days, and shows like Today's Special, Pinwheel, Mr. WIzard's World and, of course, You Can't Do That On Television. A sketch show for kids, the series, created in Canada, featured a large cast of everyday kids interacting with a variety of characters performed by Les Lye, as they explore a different theme each episode via a set of repeated sketch set-ups. Though it was most people's first introduction to music star Alanis Morissette, it's lasting impact was in the form of the green slime that would be dropped on unsuspecting cast members, before eventually being adopted by Nickelodeon as one of the network's signature trademarks.

The show that gave birth to that slime had a far shorter shelf life, ending its run in 1990, but many of the show's more memorable elements live on in the viewers who are now adults, as seen by references to the series on shows like Robot Chicken and Family Guy. It's that sense of nostalgia that's resulted in David Dillehunt's You Can' Do That on Film, a retrospective on the series, exploring the show's origins and impact, told mainly through interviews with many members of the cast. This oral history will be enlightening to anyone who enjoyed the show when it aired but who hasn't looked much into it since then, with lots of details on how the series came together, from its start as a local, live, interactive show to its spin-off as a Ruth Buzzi-led series and eventually the show that became Nickelodeon's top-rated program. 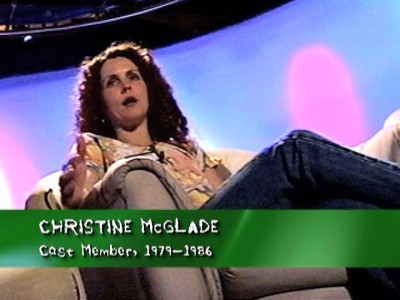 There are some interesting revelations for anyone who's not studied the show, including the difference in the show's popularity in Canada and the U.S., the way the series was produced, including the way the show was cast, and the role of Lye, whose value to the show is easily overlooked. The main problem though is a lack of any real drama, which leaves the film a bit inert. When the film even approaches controversy, like when it briefly touches on the banned "adoption" episode, it doesn't spend more than a few seconds on it, with no discussion at all by those involved. Considering there was more than one banned episode, it's a curious omission. The "where are they now?" section is also interesting, considering how for most of the kids, this was their acting high point. Watching the interviews, it seems like there may be some regrets on the part of some of the cast, but again, these opportunities to go deeper are ignored. But that is rather Canadian, eh?

Serving as writer, director, editor and composer, Dillehunt is first and foremost a fan of the series, and though he obviously watched enough documentaries to get a handle on what goes into one, including some manipulation of still photos to add movement, the construction here is the work of a first-timer finding his way. Starting with himself as a Michael Moore-like lead who travels from Virginia to Ottawa, he soon drops that device and piles on the interviews and archival photos, flooding the film with history and insights into the show. There's no real story to the film, as the segment topics are rather broad and play a bit out of chronology, with a large chunk devoted to the show's two reunions in the â€˜00s. Some fine editing to streamline matters would help, as would some outside perspective, as you only hear from people intimately connected to the series. Considering Dillehunt's obvious affection for the series though, an even-handed examination was never likely. This is a love letter through and through. 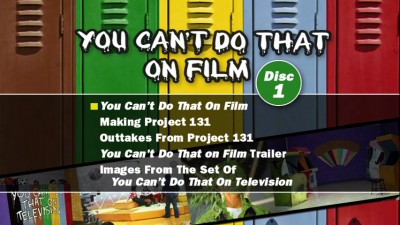 The DVD
A two-disc release, this film arrives in a clear, standard-width keepcase with a tray for the second disc. The discs feature static anamorphic widescreen menus that offers the choice to watch the movie or check out the extras. There are no audio options, no subtitles and no closed captioning.

The Quality
Dillehunt is a low-budget indie filmmaker through and through, so don't expect much from the full-frame presentation. The visuals are clean in terms of dirt or damage, but the image changes in quality from interview to interview, as some footage was shot new for the film, some, including the Morissette interview, is archival and many of the clips are taken from presentations at the Slime-Con events. The image is sometimes very clear and well-defined, while at other times, it features harsh video-style color and heavy noise. Some of it is inconsistent lighting, but it doesn't look like the same cameras were used throughout.

The Dolby Digital 2.0 soundtrack is a rather rough affair, to the point where some of the audio is just illegible, especially the majority of the Slime-Con audio, which seems to have been captured via a shotgun microphone, rather than a line input from the PA system, resulting in hollow, hard-to-follow sound. The new interviews seem to be similarly recorded, without up-close microphones, which leaves you with lots of room noise and harsh-sounded dialogue. An ever-present music bed gets decent separation from the dialogue in the up-front, center-balanced presentation.

The Extras
Shout! Factory has piled on the extras for this Shout! Select title, a line only available through the company (and unlike similar lines from other studios, you can't tell these apart from retail releases.) The bonus features start with a short (2:58) featurette on and outtakes (3:28) from Project 131, the official, fan-made final episode of the series, featuring a trio of the show's cast members and spearheaded by Dillehunt. Though the actual show is not included (as of this writing it is available on YouTube) you get a look at the production and how they screwed up during it. Watching it, you'd be forgiven in thinking the actual episode is a mess, but it's actually not bad.

For hardcore fans, two featurettes are included offering recaps of the 2002 and 2004 Slime-Con events (22:52 and 22:48, respectively.) These pieces include a number of panel discussions with cast and crew (some of which was used in the documentary) as well as a look at some of the events' activities, including a trip to the fast-food joint that provided the burgers in the show's Barth sketches and a visit to the capital building in Ottawa. When you see some much empty plastic lawn furniture in the old studio where the show was shot, you have to feel a touch sad about the whole affair, but hey, that's why fan is short for fanatic.

There's more from Dillehunt in the form of a 2006 pilot for a new You Can't Do That on Television series, made with some high-school kids around a cell-phone theme. Using incredibly rough Microsoft Paint-level backgrounds, it's not far off from the original series, just with less natural acting and less laughs. It best serves to show that it was harder to make the series than it looked.

For those wanting to hear more from the key contributors, four extended interviews are available, including an all-new 24:53 chat with the show's creator Roger Price. Conducted over cellphone by Dillehunt, with video cameras on both participants, there's plenty of talk about the world of kids television and a chance to experience just why Price is considered to be a bit off by many of the kids. It's an interesting interview that may run a touch long. The other interviews are the full pieces the film pulled from, with actors Lye (11:20) and Adam Reid (7:56) and director/producer Geoff Darby (6:02). The movie holds their most interesting moments, but there are some fun personality bits here as well.

Also included is the documentary's trailer, and an automatic slideshow of images from the set of the show (3:53) which are presented at about half the screen's size. 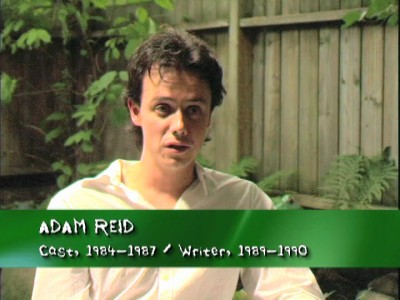 The Bottom Line
You Can't Do That on Television was a rather impressive kids sketch show for its time, never talking down to its audience, though it would never fly today with its dark, politically incorrect material. For anyone with fond memories of the show, having this oral history available is quite appreciated, even if it isn't the sharpest technically and could use more polish as a documentary. This is probably as good as it's going to look and sound, while the wealth of extras rounds out the package nicely (even if it doesn't come off a bit like a tribute to Dillehunt's love of the show at times.) For the opportunity to wallow in nostalgia, it's well worth checking out, but ownership is probably best left to the show's diehard fans.