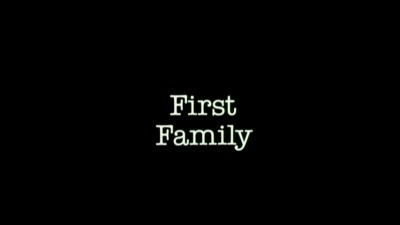 First Family is a movie that came at the wrong time. Released in 1980, Buck Henry's satire about the fallibility of men in power takes the occasional sharp jab at the privileged and the entitled, but it lacks a certain cruelty that one would have expected had it been made immediately after Nixon's impeachment or somewhere in the midst of Reaganomics. First Family is more like the hangover from the late 1970s, at a time when maybe we were willing to believe a President could be bumbling and genial, the kind of attitude that would allow history to misjudge Carter and pundits to rewrite the atrocities of his charismatic successor. I see what Henry is doing, but it would take a couple more decades before the sitcom That's My Bush! would manage to effectively defang the tomfoolery of an incompetent with his finger on the button without coming off as toothless itself.

Bob Newhart heads a cast of comedy all-stars, playing President Manfred Link (an evolutionary pun?), an inefficient administrator who is equal parts Ford and Carter. President Link serves a populace that is either indifferent to him or loathes him. His wife Constance (Madeline Kahn) is clumsy and forgetful, but she is put together well; their daughter Gloria (Gilda Radner) is a sex-hungry virgin whose efforts to escape the White House and make sweet love to someone (anyone!) are always blocked by the Secret Service. Rounding out Link's cabinet are Fred Willard as his assistant, Richard Benjamin as press secretary, Rip Torn as Chairman of the Joint Chiefs, and Harvey Korman in the seat of the U.N. ambassador. It's about as solid a team as you're likely to find in any humor-based movie from the period. All it's lacking is maybe a few more SNL alumni. 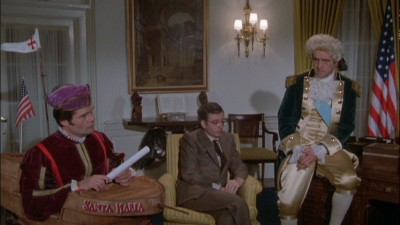 Too bad Henry fails to make the best use of their talents. First Family is at its best in its early reels, showing Link and his crew dealing with the daily grind. They are largely rudderless and incompetent, and the humor comes from the general lassitude with which they conduct their business. Henry proves himself a brilliant choreographer in many of these scenes, staging multiple jokes within the same frame without pushing too hard at the edges. The director knows how to control his set, and how to make sure that there isn't a single performer lacking in purpose, thus allowing for overlapping action and, theoretically, an exponential pay-off in laughter. Perhaps most memorable is an extended scene in which Willard carries on a deadpan conversation while, through the window directly behind him, we spy Radner dodging her handlers in one of her many sprints toward sexual freedom.

Had Henry kept his film in Washington, First Family might have been able to gather some capital gains; any generosity the audience is willing to extend, however, is lost the moment the script shifts to a diplomatic excursion to the fictional African nation of Gorm. There, Link negotiates foreign policy with Gorm's leader, President Mazai Kalundra (John Hancock). The country's soil is rich in uranium, but lacking in other assets, so Kalundra is looking to make some trades. As the farce escalates, First Family scores a few points in how it allows Kalundra to deflate Link's righteous indignation over some of the African leader's more unusual proposals by mentioning the U.S.'s ongoing history of racism, but squanders most of that with its stereotypical depiction of Africa and the ridiculous "virgin sacrifice" subplot that, much to the movie's detriment, sets up the entirety of its final act.

When First Family isn't inspiring yawns, it instead stokes one's frustration. There is nothing more disappointing in a movie than watching a cast like this one give its best efforts to a screenplay completely lacking in quality business--except maybe a writer who sacrifices wit for cheap gags and intelligent satire for high concepts. Boredom and disappointment is never a substitute for laughs. Not in a comedy. First Family is as ineffective and unmemorable as the leaders it attempts to skewer, proving once again that when you point a finger, three more are pointing back at you. 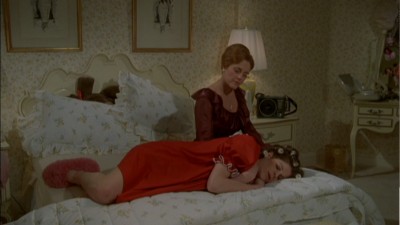 Video:
First Family is released under the Warner Archive manufacture-on-demand label, and the made-to-order DVD boasts the usual no-frills presentation one expects from the boutique. The widescreen transfer on First Family is fairly good, with little in terms of marks or dirt on the image. Colors appear a bit muted, but they also appear accurate to the film stock being used at the time. Overall, a slightly above-average release.

Sound:
As with the picture, the soundtrack is presented without any added enhancement. The mono audio sounds good. Dialogue is clear, and the mix avoids any hiss or distortion.

FINAL THOUGHTS:
For those seeking finely tuned political satire, stay on the hunt. First Family is not the movie you are looking for. Written and directed by Buck Henry--who has also written The Graduate and To Die For, so you have a right to expect better--this story of a bumbling, unpopular President (Bob Newhart) only becomes less funny as it progresses. Its plot also becomes more ludicrous, jettisoning intelligent commentary in favor of a bizarre sci-fi storyline and some misguided racial commentary. It has a great cast, but it's a great cast working hard to achieve very little. I'd make a joke about First Family being like Congress in that regard, but I'd have to remove the word "great" from before "cast." And if you laughed at that lame joke, I got one more giggle out of you than Buck Henry will if you watch First Family. Even so, reward the efforts of the actors, Rent It. 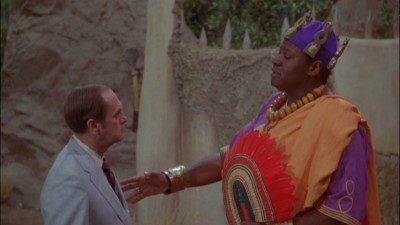