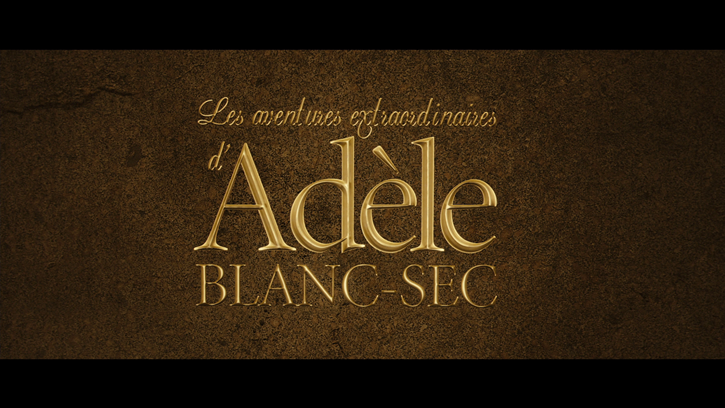 The Extraordinary Adventures of Adele Blanc-Sec is a triumphant and visionary adventure-comedy feature film from renowned filmmaker Luc Besson (The Professional, The Fifth Element). The story is an adaptation of the acclaimed comics created by Jacques Tardi. I definitely see the appeal of the stories for film as it surrounds the early1900's in France; amazingly, it also deals with advanced technologies such as those from Ancient Egypt. Creativity is bountiful in the feature film version, which stars Louise Bourgoin as the protagonist; the lead character Adele, who goes on many adventures and journeys.

There are a few central elements to the feature film version of the story, as adapted by Besson. At the center of the story, the film is actually a dramatically involving work about the journey and quest Adele takes to try and save her sister, who almost died in a disturbing accident years prior. Adele is determined to try and save her sisters life, and that is the central element of the entire story. 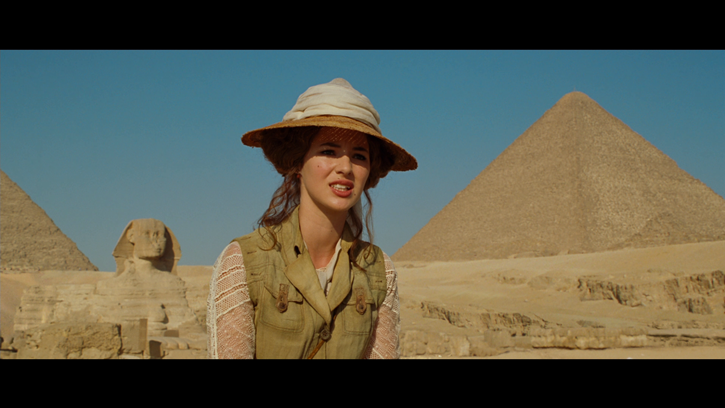 Her sister cannot be saved by normal medical help and has a pin lodged in her which would kill her if removed. So she decides to seek help from ancient realms, in going towards the Egyptian ideas of medicine and preservation. She enlists the help of a wacky but charming scientist who understands how to make a connection to past creatures and worlds, and who forms a connection to a Pterosaur dinosaur in France, which becomes birthed and unleashed upon the French people.

Following this unbelievable incident, Adele's kooky aid becomes a death-penalty inmate because he is blamed for deaths caused by the Pterosaur as he was found caring for the creature. Adele must work to try and save her aid from this fate, work to resolve the issue of the newborn Dino Pterosaur flying all around France, and uncover a way to awaken a sleeping mummy she was able to bring back with her from Egypt to see if he has the medical powers needed to save her sister. It's certainly no easy task for her to do any of the above mentioned things, but Adele is determined, energetic, enthusiastic, and smart. This is her journey. 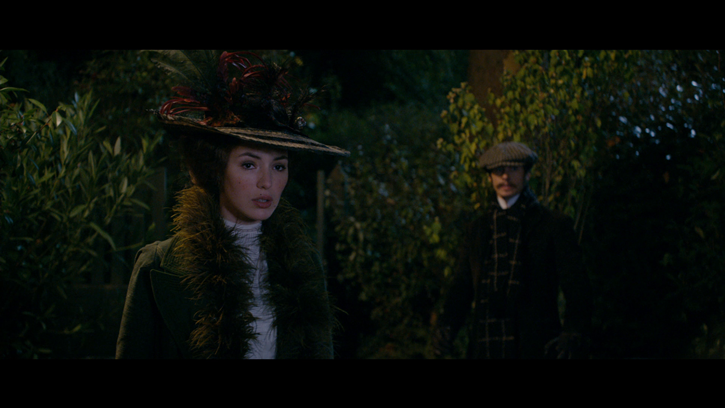 Louise Bourgoin is wonderfully cast as the central character. The film primarily excels from focusing on Adele's storyline, and Bourgoin does a great job bringing the character to life. I wasn't sure what to expect of the character going in (having not read the comics the film is adapted from) but I was pleased to be greeted with a kick-butt female hero who has smarts, athletics, grace, and skill. It was sort of like watching a female Indiana Jones in the earlier Egyptian scenes and as the story unfolds the character is a unique, original, and excitingly realized one. Bourgoin is charming, funny, and capable of bringing emotional depth to the character.

Besson is firing on all of his cylinders here and in a different way than I expected to find from the filmmaker. Surprisingly, The Extraordinary Adventures of Adele Blanc-Sec can even be considered as an introductory effort from Besson as a family friendly filmmaker. This is the quality which makes the film most enjoyable, to some degree. Besson goes wacky-creative within the word of Adele, and makes the film a charming, offbeat, and moving tale which families can enjoy together. Adele Blanc-Sec certainly offers delights for all ages and that ultimately makes the movie even more spectacular to behold given the filmmaker involved.

The Extraordinary Adventures of Adele Blanc-Sec might never be recognized as one of the best movies of Besson's career but it is certainly one of his most inventive efforts. The film offers great adventure, comedy, heart, and style from beginning to end. The special effects are truly amazing, the music score by Eric Serra is lushly involving, and the landscapes and journeys unfold in a genuinely exciting way. It's a film that can be equally enjoyed by film buffs and families. 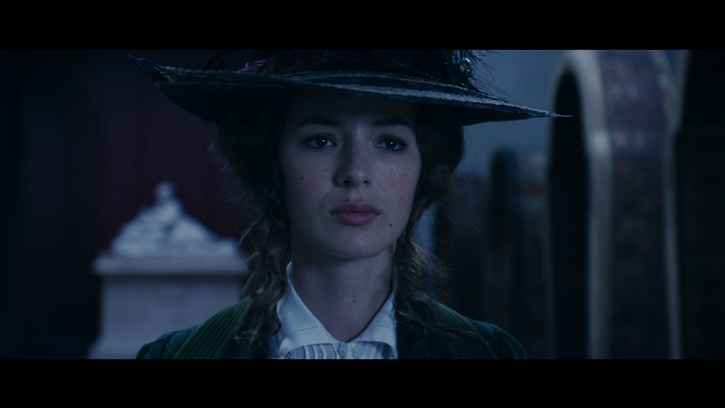 The Extraordinary Adventures of Adele Blanc-Sec is presented on Blu-ray with an impressive transfer in the 2.34:1 aspect ratio. The film has been given a 1080p High Definition transfer utilizing an MPEG-4 AVC encoding. With a strong bit-rate and a good encode the film has shined magnificently on Blu-ray. The colors, depth, and overall look of the film is refined, beautiful, and well represented with the Shout Factory release.

The 5.1 DTS-HD Master Audio track is certainly impressive. I don't recommend listening to the film with the English dub but to select the original French language track. I was actually slightly impressed by the dubbing efforts, but the lip synch issue is still present, as always is the case in dubs of live-action films. The fidelity also sounds slightly better with the lossless French track. However, either option provides impressive sound design with good clarity and directionality. Eric Serra's score sounds beautiful with lossless sound clarity. 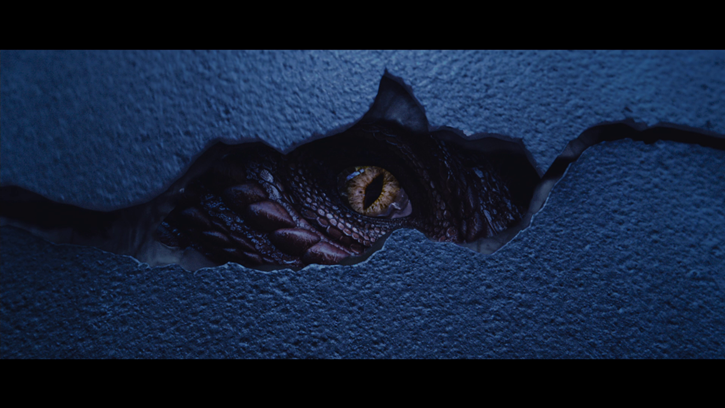 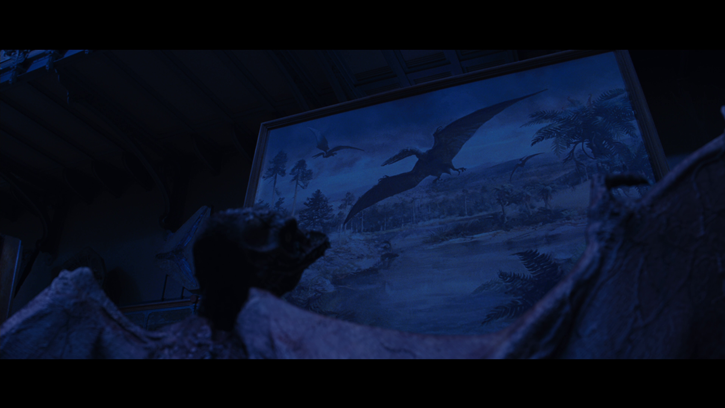 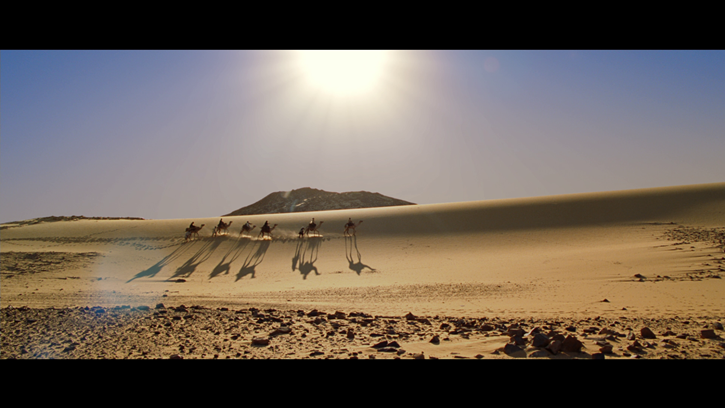 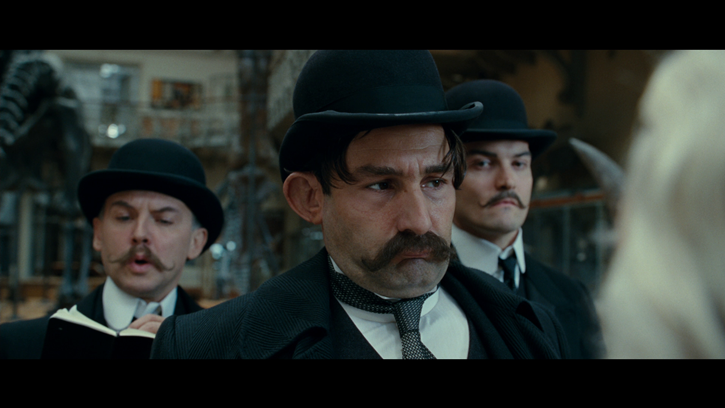 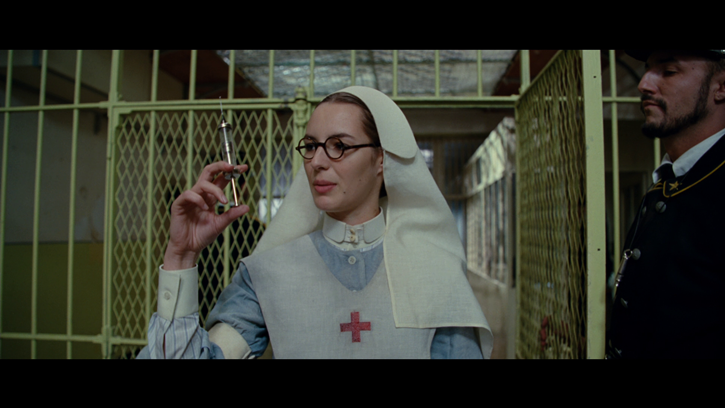 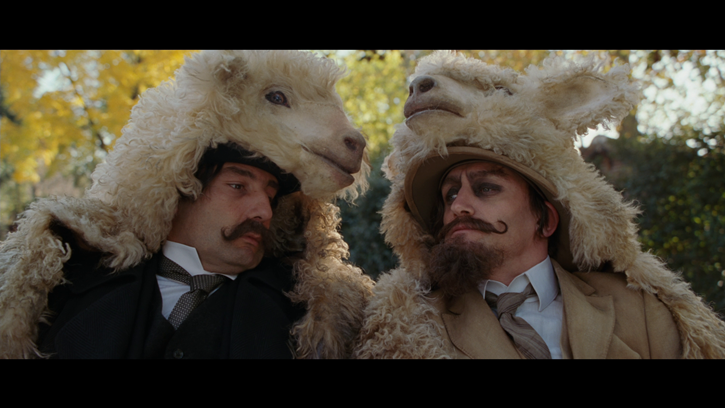 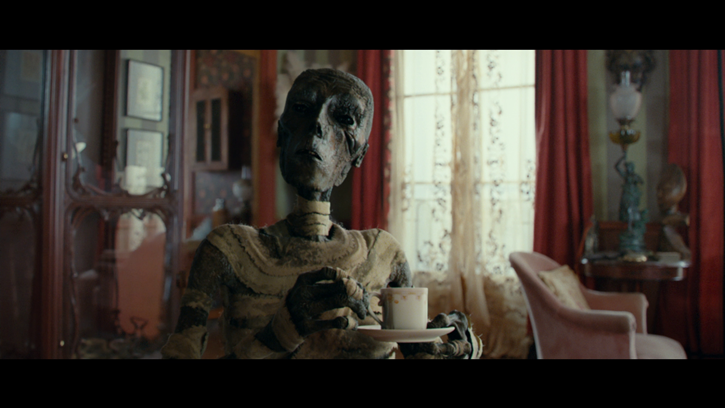 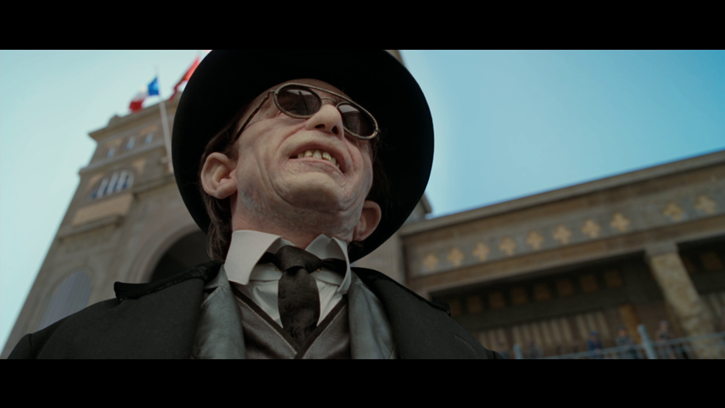 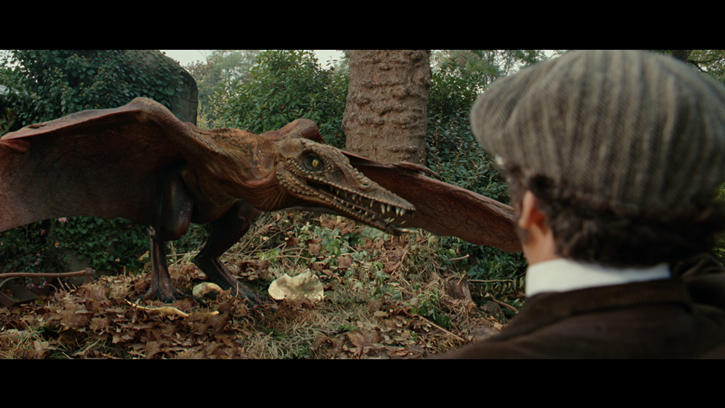 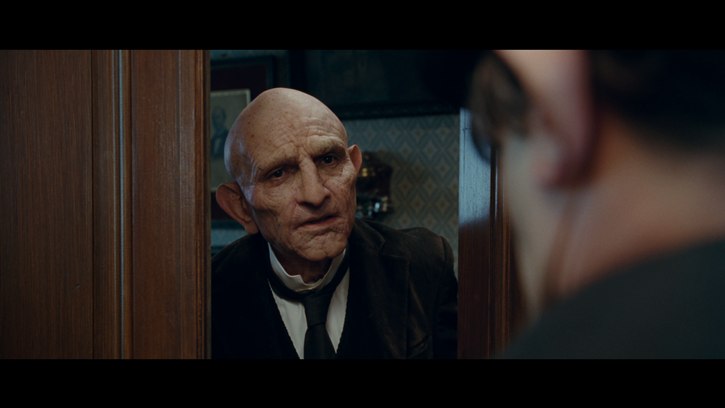 The supplements included on this release are:

The Making of The Extraordinary Adventures of Adele Blanc-Sec (26 min.) which offers some behind the scenes footage, interviews, and occasional film clips interspersed throughout the featurette. It's a reasonably good extra with some information on the production of the film.

Deleted Scenes showcase a few brief moments between Adele and her sister, which seem to demonstrate only a competitive edge already highlighted in the main film: it made sense to remove these scenes, but it's interesting to see them included on the release nonetheless. (2 minutes).

There is also a brief behind-the-scenes piece which focuses on the creation of a song created for the film with Louise Bourgoin contributing the singing. It's not a particularly informative piece about the making of the song but it more accurately demonstrates the shyness of everyone who worked on the piece. (2 minutes). 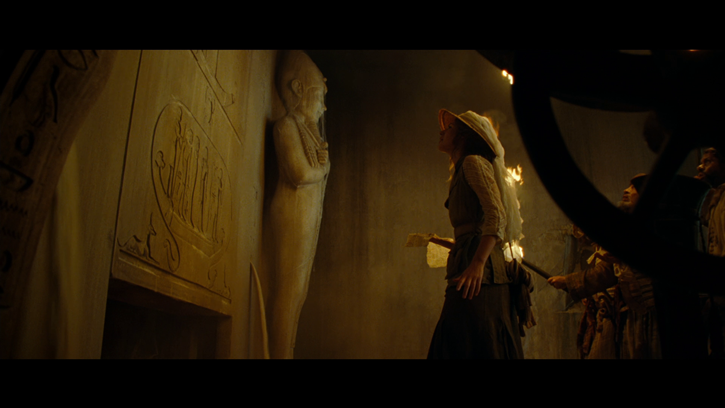 Louise Bourgoin does an impressive job in bringing the role of Adele to life in this fun, smart, and thrilling adventure-comedy by Luc Besson. I was quite pleased to realize that the great French filmmaker had finally made a family friendly effort. It's a colorful, inventive, and satisfying journey with a dinosaur, some mummy's, and some other neat peculiarities.

I feel like this release is worth purchasing. However, I would like to make my recommendation indicate a rental first for two main reasons: 1) the film is a bit too zany for some viewers, and 2) a director's cut release has been announced as an upcoming Blu-ray from Shout Factory. As I'd typically prefer to recommend a director's cut to a theatrical version, I would suggest renting both versions and seeing which one you would rather purchase to add to your collection.

Rent It,  both to discover the film and to see which edition (theatrical or directors cut) you would prefer owning.