Behind the Candelabra, based on the book of the same name, chronicles the relationship between superstar "Mr. Showmanship" Liberace (full name Vladzio Valentino Liberace and played here by Michael Douglas) and the younger, ordinary Scott Thorson (Matt Damon). In the movie we first meet Scott, in 1977, who works as an assistant to an animal trainer for the movie business in Hollywood. At a bar he meets Bob Black (Scott Bakula), a friend of Liberace's who takes him to Las Vegas to see him perform. They visit Liberace backstage after the show (where he asks them to call him "Lee", which only his friends were allowed to call him) and he invites them to come by his house for brunch the next day. As they tour his lavish home, they meet one of his dogs, a poodle named "Baby Boy." Liberace mentions that Baby Boy is practically blind and jokes that he's "his seeing-eye person." Scott, being knowledgeable about dogs, tells Liberace that he can obtain some medicine to cure the dog's blindness. Scott returns home, gets the medicine and calls Liberace offering to mail it to him but is instead flown back to Las Vegas so the dog can get it as soon as possible. Scott gets to hang out at Liberace's home some more, and while sitting in the hot tub together Liberace opens up to him about how lonely his life really is. He says "I never know if people like me for me, or for what I can give them. No matter how many people are around, I'm all by myself." 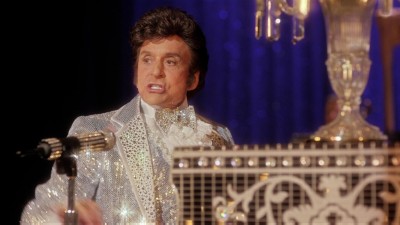 Scott shows genuine concern about this, and the two realize they have a real connection. Liberace suggests that Scott come and work for him as his "right-hand man," and Scott accepts- he drives him around including serving as the "chauffeur" driving the car onstage at the beginning of some stage performances and does a few other odd jobs for him, but mostly becomes his live-in lover. It's important to note here that homosexuality was not as widely accepted during this time as it is now, and in real life Liberace never publicly stated that he was gay- in fact, he and his management had sued some publications for implying that he was. He simply felt that his career would be "ruined" if he came out, even if it was already obvious to some people. He had a thing for younger men in particular, but in this movie it's stressed that Scott was still more than just that and the two really loved each other. Liberace even thought about adopting Scott as his son- during one scene with the two in bed together, he says "I want to be everything to you- father, brother, lover, best friend- everything." 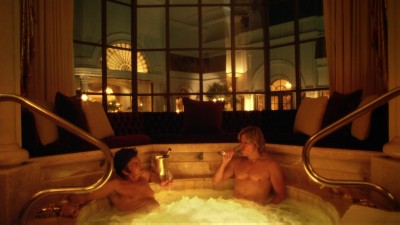 Still, by the movie's halfway point things head in chaotic directions. When Liberace watches himself on "The Tonight Show" in 1979, he's appalled at how "old" he looks and arranges to have cosmetic surgery done, and at the same time he tells the doctor (played by Rob Lowe) to do some work on Scott as well to make him look like a younger version of himself. Scott doesn't really like the idea, but wants to please Liberace so he goes along with it. Scott also doesn't like the isolation of living a celebrity lifestyle, and becomes addicted to the drugs he's been prescribed after his surgery which Liberace disapproves of. Suffice it to say, things get rather interesting. I don't want to give away everything that happens, though of course you probably already know that Liberace died in 1987. Scott wrote his book along with a co-author the following year.

Directed by Steven Soderbergh, whose work I have admired ever since seeing his first movie Sex, Lies, and Videotape back in 1989, Behind the Candelabra was released theatrically in the UK but could not get a distributor here in the US and instead premiered on HBO. (Being one to have fun with small details, Soderbergh opens the movie with a hi-def recreation of HBO's late 1970s logo bumper, which I absolutely loved seeing as much as his nod to WOR New York's "Four O'Clock Movie" graphics during Ocean's Thirteen's intro.) Michael Douglas puts all of himself into recreating Liberace, getting most of his mannerisms right although his voice still sounds more like Michael Douglas- having watched a 1985 Vestron tape of a Liberace concert, his actual voice sounded much closer to Paul Lynde in my opinion. There are a number of sequences where Douglas recreates Liberace's stage performance, although most are brief except for the one near the beginning where Scott first meets him. In that scene Douglas nails his stage persona, having fun with the audience and getting them involved, and does the same bit I saw the real Liberace do on the Vestron tape's intro- "People ask me ‘How do you play the piano with all those rings on your fingers?' Very well indeed!" (Some of the music is taken from recordings of the real Liberace, while some was adapted by the late Marvin Hamlisch.) Overall he plays Liberace in such a way that the audience can mostly sympathize with him, but also throw them into disbelief at some of the things he does. As he's romancing Scott he often addresses him as "Baby Boy," the same name as his poodle with the eye problem- incidentally, we never see nor hear of the dog again after Scott returns with his medicine. Throughout the movie we hear sounds of dogs barking in other rooms in the house, but hardly see any of them except for a couple scenes.

Matt Damon likewise portrays Scott as someone the audience can relate to, regardless of sexual orientation, going from an ordinary life to that of a rich celebrity in a short amount of time. While he at times doesn't agree with what Liberace wants, he sticks with him because he truly loves and cares about him. (The real Scott Thorson was not directly consulted for this movie.) He and Michael Douglas don't pull many punches showing their affections for each other, which some audiences might have found shocking just a few years ago but seems perfectly fine today. Many of the supporting actors do a fine job here as well and a couple appear almost unrecognizable at first, including Dan Aykroyd as Liberace's manager and Debbie Reynolds as his still-doting mother.

Behind the Candelabra is great to look at as well, most notably for the recreations of Liberace's lavish homes filled with fancy and expensive furniture and decorations. A detail some may not catch but one that I loved was a dig at the videotape format wars, with Liberace and Scott watching VHS tapes of his early television appearances on a Magnavox VCR hooked up to Sony's early console system featuring a TV with a Betamax machine built in. (Although to nit-pick, the blank tapes shown look a bit more recent than 1979 when that scene takes place.) There are a couple other anachronisms as well but it's likely the production was a bit more limited than that of a regular feature film and they pull off most of it. How historically accurate the story itself is might be something only the people directly involved know for sure, but whatever the case the result is very entertaining. 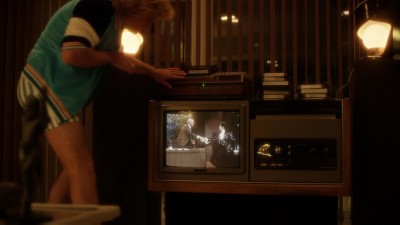 With Soderbergh being a long-time proponent of digital technology, Behind the Candelabra was shot that way but still looks like film. Being made primarily for HBO, the aspect ratio is straight 16x9. Colors appear to be intentionally muted in many scenes, but they stand out during the sequences with Liberace on stage.

Audio is in 5.1 DTS HD Master Audio, and is well recorded with ambient sounds spread across all channels although the surrounds don't make their presence known very much except in one scene with an airplane taking off. The music is very bright and strong up front during the concert sequences.

A Spanish dub is included in 2-channel DTS, which I had time to check out- the dubbed voice of Michael Douglas' Liberace doesn't quite fit, but that's often a challenge when dubbing any movie. English SDH, Spanish and French subtitles are also included. 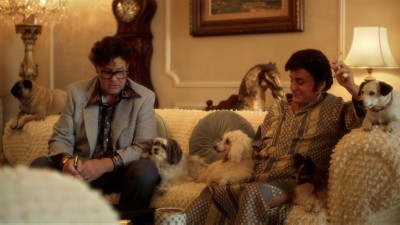 A 15-minute making-of featurette is included (in high definition, with all subtitle options) which shows some production footage and a bit of information on the design of the sets and costumes. Pictures from Liberace's real homes were consulted, and we're told that he often bought items in pairs requiring the production team to obtain two of each for the set. The real Liberace is talked about briefly, showing one of his TV appearances cropped to 16x9. The disc opens with a promo in HD for a number of other HBO Films releases (which includes Temple Grandin, a title I was disappointed did not get a Blu-Ray release).

A code for iTunes and UltraViolet copies is included. 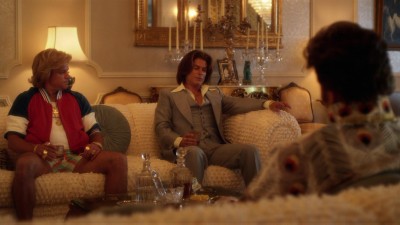 Behind the Candelabra works as both an insight into Liberace's life as well as a simply unconventional love story. Michael Douglas and Matt Damon's performances are certainly memorable, and the production values are several notches above most other made for cable movies. Again, I can't vouch for its historical accuracy, but in the end it's extremely entertaining. 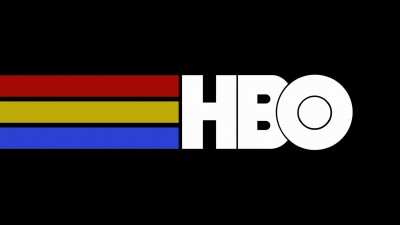 A technical note I should include is that on my Oppo BDP-93 with the latest official firmware, the opening trailer and menu would play but the disc would go to a black screen when trying to access any part of the movie or the featurette. It was only after installing the latest "Beta" firmware from Oppo's website that I was able to play the disc normally.