If you haven't seen 2002's "Infernal Affairs," a taught, expertly crafted police thriller that was later remade as the Academy Award winning Martin Scorsese film, "The Departed," stop right now and rectify that; I'd say watch the entire trilogy, but I do have a bias towards the films. Biased gushing aside, "Infernal Affairs" managed to in a small way, bring a Western eye on the very noteworthy Hong Kong film scene, in a way that hadn't been done to great effect since the heyday of late 1980s to early 1990s John Woo offerings. Having cleaned up at the Hong Kong Film Awards in 2003, it would be hard to turn a blind eye to a film that a decade later, more or less did the same, and on the surface appeared to be in the same vein as that masterwork. "Cold War" though is the stark reminder that awards, accolades, and surface resemblances mean absolutely nothing. 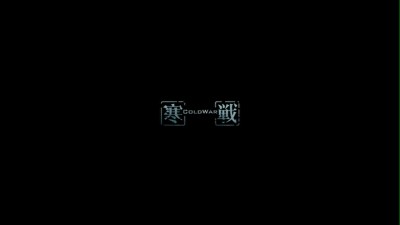 Let me be very upfront and honest, the level of real-world politics, at least from a cultural understanding perspective is a big reason why "Cold War" got off to a bad start with me. Viewers are bombarded by a flashy graphic of the hierarchy for the Hong Kong Police, namely a decided split between operations and management. Without pausing for any chance at processing this information, "Cold War" rockets to an admirable start, mixing a thrilling police chase to a shocking conclusion that effortlessly streamlines into the catalyst for the whole film as a squad of young officers are taken hostage by a faceless criminal group, thus igniting a tense, operations room as the titular Cold War (the in-film codeword for the operation to rescue the officers) unfolds. 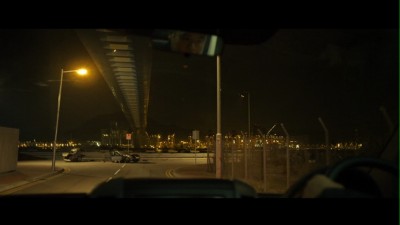 Keeping "Cold War" running underneath the surface is the true crux of the film's narrative, although as things progress, every aspect gets very muddled due to an overly earnest attempt at screenwriting and direction from Sunny Luk and Longman Leung. As the film's Cold War unfolds, issues involving the heated battle for the soon-retiring Chief Superintendent's (Andy Lau in a brief cameo, shamelessly top billed by Lionsgate) position clouds judgments and puts lives at risk. It's a classic struggle between the old guard, Deputy Commissioner of Operations, Waise Lee (Tony Leung Ka-fai) and the young and innovative Deputy Commissioner of Management, Sean Lau (Aaron Kwok, inhabiting the role that Andy Lau would have tackled if this had been made five years ago). The film's attempts at playing up posturing clash with actually resolving the hostage situation and very quickly, the whole film finds itself consumed in cockamamie conspiracy involving far too many, underdeveloped characters. 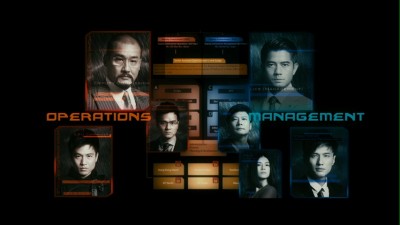 As "Cold War" limps towards a middling conclusion, eagled eyed viewers, familiar with the genre will spot all the requisite clichés from characters calling accusations of their honor into question, all the way to a ludicrous action-packed semi-ending with double-crosses and shocking appearances from previously missing characters serving little purpose but to provide viewers with the rapid-fire punctuating beats that came so fluidly in "Infernal Affairs," not to mention countless other, more structurally sound procedural thrillers.

"Cold War" is a film I would say may find greater appeal to those more familiar with the actual legal system structure of the Hong Kong police, as specialized divisions the viewers are assumed to be familiar with come and go from the story with great meaning to the characters, but ultimate meaning distinctly missing from the big screen. The performances in the film, despite a solid cast, are merely serviceable, with Tony Leung Ka-fai only coming alive during those key, highlight reel moments. In short, a film with an identity crisis working at all times to mask its flaws.

The 2.40:1 anamorphic widescreen transfer is overly clean at times, to the point where some scenes exhibit the feeling of minor DNR work. The distinctly blue/grey color palette of the film is consistent as are contrast levels.

The Dolby Digital Cantonese 5.1 audio track is serviceable with decent separation, although the dialogue mix is a tad overly aggressive, not quite straying into levels of unnatural sounding, but far from flawless. An English 5.1 track is included as well as English and Spanish subtitles.

The only extras are a puff-piece making-of featurette and trailer gallery.

More concerned in hitting expected action beats, "Cold War" falls victim to style over substance, trying to do far too much in a film that barely breaks 90-minutes. I honestly wish I could say in good conscience to give it a rental, but there's not enough here of distinguishing merit to make it worth your time. Skip It.