Boy, remember when Richard Curtis was the person to go to when it came to romantic comedies? Don't get me wrong, I would assume he may still have that label, despite not writing in the genre for the last few years. But in the mid-1990s, he wrote Notting Hill, Four Weddings and a Funeral and Bridget Jones's Diary in the span of six or seven years, and those films were bona fide hits. So Curtis presumably got to the point where he wanted to direct something which he wrote, and thus Love Actually seemed to be spawned.

For those unfamiliar to the film, the best way to possibly summarize the film might be that it is a romantic comedy's take on Nashville, with several intertwined stories occurring in London in the weeks approaching Christmas. The Prime Minister (Hugh Grant, Cloud Atlas) is dealing with a failed public perception and feelings for his assistant. His sister Karen (Emma Thompson, Beautiful Creatures) is trying to hold together an increasingly dysfunctional marriage to Harry (Alan Rickman, Die Hard). A friend of Karen's named Sam (Liam Neeson, Battleship) is mourning the recent death of his wife when his young stepson has some surprising news for him that helps Sam revisit what make his wife special. Meanwhile, Harry runs a business where one of his employees, Sarah (Laura Linney, The Big C) has feelings for a co-worker named Karl (Rodrigo Santoro, The Last Stand). A friend of Sarah's, a writer named Jamie (Colin Firth, Tinker Tailor Soldier Spy), is writing a book when he starts to develop feelings for the Portuguese maid that he has been given for the holiday. Jamie and Sarah recently attended the wedding of Peter (Chiwetel Ejiofor, Salt) and Juliet (Keira Knightley, Never Let Me Go). Meanwhile, Peter's Best Man and close friend Mark (Andrew Lincoln, The Walking Dead) has feelings for Juliet and cannot possibly express them. There are a couple other smaller storylines involving smaller characters, but for sanity's sake I will spare you from them...if I can. 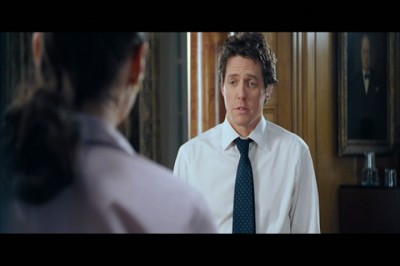 The story opens with some understated but powerful scenes in London's Heathrow airport where the arrivals gate is. Family members, loved ones and best friends reuniting with hugs, laughs or quiet jokes. I say they are quiet because they are muted to voiceover by Grant, as he talks about their importance to those doing them, and reiterating something that is dusted throughout the film, and that is love is what we all want, and love is all you need. Through the course of the story, we see this play out in a myriad of settings, whether it is Grant as the most powerful person in Britain, or even when it comes to two casting doubles on a London production, mimicking sex in a variety of positions for the sake of getting a proper camera shot. Interested viewers will note the man in the latter sequence is played by Martin Freeman, currently of The Hobbit and in the past, of Ricky Gervais' The Office. Seeing how some of the relationships in the movie develop and (in one case) dissolve, it is easy to see that Curtis covered as many facets as humanly possible for the movie.

With that said, the desire to flood the zone with so many character arcs, Love Actually has a couple of problems. First, Curtis' choice to make virtually all of these arcs resolve on a positive note was a reach. I am in a marriage with a loving wife and we make friends nauseous sometimes with how we act towards one another, but I am a realist, and I know that not every relationship stays (or perpetuates) with a ‘happily ever after' scenario. Either Curtis wanted to go this way because he was used to it, or he did not want to write about the bad side. Even when he did for this movie in one relationship, it is just…awkward.

Second, at 132 minutes Love Actually has problems with pacing. Watching the film for review was the third time I saw it, and around the 80 minute mark I told myself "they have so much more left to do," which they proceeded to do. Over and over for all the characters. As a result, the movie kept ending so many times that Peter Jackson got bored. Can a coda really last 15 minutes? That's what Love Actually seems to want to do, and it gets real tiring as a result. 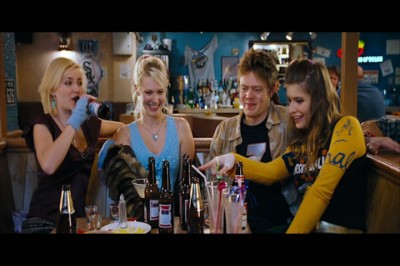 While these problems are major and plague the story, the movie still contains the charm and quirkiness which can be found in other Curtis stories. Grant is an old hand to the material's essence and plays it extremely well. One could make the case that Knightley would be an extremely effective muse for a character in one of Curtis' romcoms should she decide to not narrate the action going on in front of her, and in separate performances, Linney and Neeson are effective. The latter all the more so considering how subsequent events in his personal life play out, it is heartbreaking to see in retrospect. If there was someone to root for when watching the film now, it would be Neeson and his son.

I understand that a lot of people I know still hold Love Actually within a special place in their respective bosom because it what made other Richard Curtis films so special, and gives you a Costco-sized lot of it with this film. But I think that time will eventually catch up to it and that people will realize there are other Curtis films that are shorter, tighter and more to the point. It is a good film, not a great one.


Universal rolls Love Actually out with a VC-1 encoded 2.35:1 widescreen presentation. I understand that this may be a new transfer, and I have not seen the prior transfer to accurately determine, but if this is new, I could not tell. On its own however, the transfer is quite good. Image details in the natural moments opening in the airport look remarkably clear, and black levels are surprisingly deep for a film of this age. Colors are replicated accurately and flesh tones are natural, and the transfer is free of any noticeable artifacts while retaining a layer of film grain which can also be spotted from the opening scenes. Quite a solid transfer.


The DTS-HD MA track for the film can lead to some trepidation, but taking into account the film is loaded with music, be it the Pointer Sisters or a myriad of Christmas songs old and new, and they all take up a surprising amount of room in the soundstage, with a nice immersive factor to go with moments of low-end engagement. Moments of channel panning and directional effects are not entirely prevalent, so the quieter moments present quite the contrast to the more dynamic ones. It is decent listening material nonetheless.


To celebrate the 10th anniversary, Universal has included the extras from the 2009 release, but has included a standard def copy of the disc and a redeemable code for digital copies if you are an iTunes or Ultraviolet user. There is also a Christmas ornament with the logo because Christmas! As far as the extras go they are decent albeit illuminating. Curtis, Grant, Bill Nighy (who plays the aging rock star Billy Mack) and Thomas Brodie-Sangster (who played Neeson's son in the movie) join up for a commentary that does a good job in poking fun at Nighy's rock star singing and gesticulations. They also get into shot recollection and some small anecdotes on the production overall. It is a decent albeit unspectacular track. 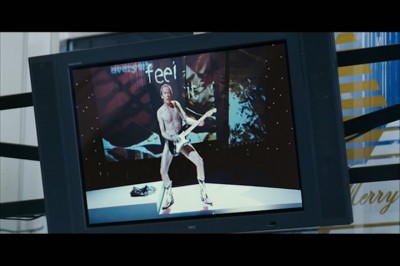 Now we get to the deleted scenes. Here are a few, eleven overall, and the overall time is hefty (37:16). And man, are they something. Aside from an excised story with a woman dying of cancer and her partner taking care of her, the Daniel-Sam story gets a lot of justice done here, including an alternate ending to the airport sequence that is sillier than what we see in the movie. There is also a totally unrelated scene with a Ugandan couple that makes me wonder if this was done for the sake of getting the crew a small African holiday. It convinced me that if you thought the final cut had some pacing trouble, imagine what would happen if any of this stuff stayed in. Next is "Storytellers" (9:58), which serves as the EPK for the movie, where the cast share their thoughts on the story, themes and characters, while Curtis talks about his inspiration to write this. "The Music of Love Actually" examines the music in the film, with introductions by Curtis. Music videos from Kelly Clarkson (3:48) and Billy Mack (4:13) help close things out, along with the previously mentioned supplements.


Looking at it from an artistic perspective, if someone held a gun to my head and told me to pick a Richard Curtis romcom to watch, Love Actually would likely not even be my second or third choice. This one is decent, but hardly as awesome as people say it is, and when held against the prism of similar work, may be worse. In its tenth year of life post-release seemingly the only thing that differentiates this disc from its prior release is a Christmas ornament, and who needs that? If you have got the prior release, keep it and skip this, but if you do not have Love Actually on any disc media, this will be the one to grab if you adore the film.