Way, Way Back, The 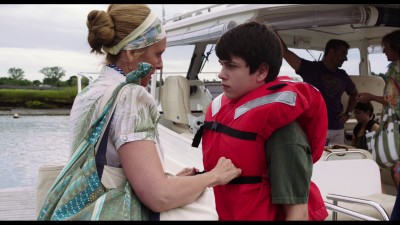 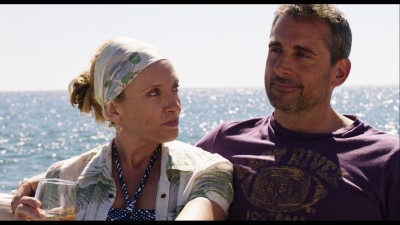 *Click on all images in this review for 1080p images.

Hollywood often recycles the same cookie-cutter plotlines, and plenty of genres have been tarnished as a result. Have a conversation with even the most casual filmgoer, and you'll see what I mean. They're tired of that cut-and-paste mentality, and I'm right there with them. It sucks wading through so much dreck just to find the occasional gem… but it's worth it. For example, I loathe what romantic comedies have become over the years, but I'd never turn my back on the genre entirely. If I did that, I never would have discovered The Sessions or Silver Linings Playbook, films which not only managed to win me over, but topped my list of personal favorites from 2012. Point is, you never know when or where you're going to be surprised at the movies. Sure, a film could be conceptually formulaic, but that doesn't mean it's destined to stink. This year, the unexpected charmer is a film that takes a gamble on the all-too-familiar coming-of-age story. The Way, Way Back may not attempt to break the mold, but still manages to connect and stir a variety of emotions.

Most people would jump at the chance to spend their summer in a Cape Cod beach house, but Duncan - a typically awkward 14 year old boy - was given little choice in the matter. His mother, Pam (Toni Collette), wanted to give him a better opportunity to bond with her boyfriend Trent (Steve Carell) and his daughter Steph (Zoe Levin). It's a reasonable enough request under normal circumstances, but whenever they're left alone, Trent goes out of his way to belittle the boy. Once they arrive, Pam starts drinking and smoking pot to leave a good impression on Trent's friends, leaving Duncan to feel more than a little neglected. Determined to distance himself from the abuse - not to mention the inevitable 'try harder' speech from his mom - Duncan cycles into town. It's there he meets Owen (Sam Rockwell), owner of the local water park. Because of his own neglectful childhood, Owen identifies Duncan as a boy in need and offers him a job. Duncan is eager to have somewhere he can go most days, and is further intrigued by Owen's ‘forge your own path' lifestyle.

His secretive behavior begins to attract the attention of Susannah (AnnaSophia Robb), the lovely girl next door. Her interest is piqued because Duncan is so quiet and unobtrusive, a refreshing change of pace from the chatty and superficial kids she's grown up with. Together, they discover they've both dealt with the absence of a father figure, and opening up allows Duncan to stop internalizing all his frustrations. Taking cues from his water park mentor and new love interest, the boy finally learns that life isn't about taking a ride, but standing up for what you believe in. After all, the only alternative is to watch your life fall apart… but still, things aren't quite so black and white. Duncan's test is to reveal Trent for who he really is, but it's a hurdle that has the potential to harm his mom above all else. 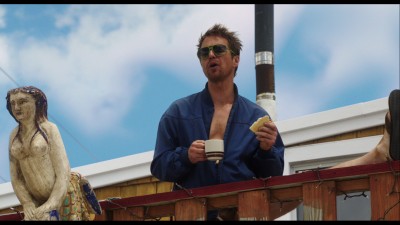 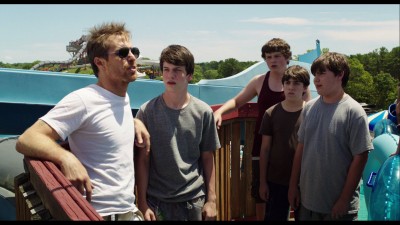 For all intents and purposes, this film should have been little more than a drop in the bucket. Coming-of-age flicks are a dime a dozen, and considering the long list of heavy contenders that came before it - The Breakfast Club, Adventureland, The Sandlot and Almost Famous, just to name a few - you would think filmmakers would be discouraged to tackle the genre, especially with such a generic premise… so why did they go for it? Well, it was more or less a project of passion. Directors/writers Jim Rash and Nat Faxon pulled the water park setting from fond childhood memories, but more importantly, they put bits of themselves into the story. For example - At the beginning of the film, Trent baits Duncan into rating himself on a scale of 1-10, only to later tell him, "I think you're more of a 3." Rash actually had this conversation with his step-father in the 80's, and although drawing from this negative memory couldn't have been easy, it was a perfect starting point for the film. It's not easy to hook your audience from the get-go, but with this simple exchange of dialogue free of bloat, the filmmakers had done precisely that. I was able to connect with Duncan as an underdog, and there was no mistaking the gravity of his torment. Trent attempts to cloak his bullying as some sort of ‘wake-up and shape up' call, but toilet paper has a better chance of holding up than his thin veneer of mentorship. Coming-of-age flicks may be a dime a dozen, but it's very seldom we receive one as effective as The Way, Way Back.

Of course, a film's effectiveness hinges on its cast. I won't lie - I was concerned about Carell playing the bad guy. He's been likeable in practically everything he's ever done, and I wasn't sure I'd buy the despicable prick routine… but he nails it. He had to play the kind and noble gentleman one minute and a jerk the next, and it had to seem genuine. If Carell misrepresented his character for even a single moment, the sincerity of the story would fall apart. However, his portrayal of Trent was magnificent and I'd love to see him in similar roles down the line. I had Liam James under similar scrutiny, because it isn't hard to play the social oddball with a heavy hand. He managed to keep Duncan grounded in reality though, making his progression from boy to man an easy investment for the audience to make. Sam Rockwell's performance is the only thing that feels a little too 'Hollywood', but it doesn't hurt the film. He makes Owen - and the water park by extension - as fun and important to us as they are to Duncan. 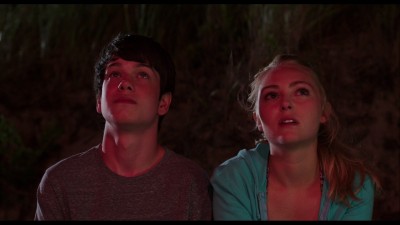 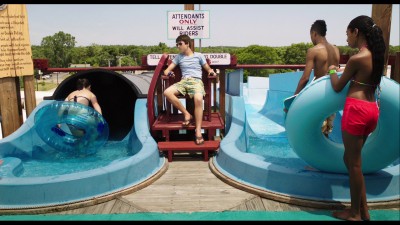 The female cast isn't given quite as much of a fair shake, but I want to be clear - This isn't a flaw in the storytelling. This is Duncan's story, so it makes sense the focus is on him and the people he spends the most time with throughout the summer. That said, Toni Collette excels as a once happy woman that's turned a blind eye to her life circling down the drain. Maya Rudolph plays Caitlyn, Owen's love interest, and that idea is often teased but rarely explored. AnnaSophia Robb portrays Susanna with minimalism, but as with everyone else in the film... less is more.

Honestly, I don't think a single film in 2013 actually surprised me as much as The Way, Way Back. I was expecting a run of the mill story about a boy that learns how to take care of himself and finds love, but instead found a far more engaging story that was heart-warming, funny and irresistibly charming. It's not a perfect film, but does manage to make itself feel like the most relevant entry to the genre in quite some time. I love that the filmmakers decided to make this film without paying any mind to the 'been there, done that' aspect of it all, and managed to prove that a film doesn't always have to reinvent the wheel to work... it just needs to excel in the experience it aimed to provide, and The Way, Way Back IS that film. 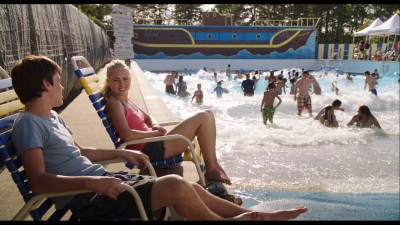 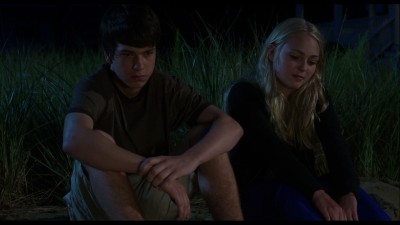 The Way, Way Back needn't take a back seat, because its 1080p AVC encoded presentation (1.85:1) is, in a word, flawless. Colors are vibrant and lifelike, the contrast helps depict a bright sunny day without blooming and black levels are superb. There's no compression issues to speak of, and there's no sign of edge enhancement or digital noise reduction. Of course, this film was shot digitally so there's really no need for it, but you'll be surprised that the image here doesn't look as 'flat' as some of the digital stuff that's out there. There's a very natural look of depth and dimension on display, and I doubt anyone will walk away disappointed. For a film that features no real special effects and is content on looking 'summertime plain', it doesn't get much better than this.

The film has a 5.1 DTS-HD Master Audio track at its disposal, but as you've probably guessed, this isn't the kind of film that makes the most of it. Most everything is dialogue driven, so there's no reason for the surrounds to whip into gear or the LFE to go bonkers. There's some natural environmental effects at the water park, but there's not much else to focus on here. That said, this was 100% faithful to my experience at the theater in July, so in that respect, don't feel as if you've been shorted. This is how The Way, Way Back is supposed to be - Much like its characters, minimalistic.

-Behind the Scenes with the Hilarious Cast and Filmmakers - A small group of featurettes - totaling a little over 30 minutes in their entirety - discuss the making of the film and even go in-depth to show us some early storyboards. The usual stuff is here - footage during production, interviews and whatnot - and is pretty standard fare. That said, everyone seems really happy to be working on the film, and passionate at that.

-Deleted Scenes - The film is cut well enough as is, which is a comment I usually have for these 'deleted scene' portions on the supplemental side of my reviews. The same holds true here - These scenes only would have served to bog the final product down.
-Theatrical Behind the Scenes - There's only a few featurettes here, and they're only a few minutes apiece. These serve to be more promotional than anything. 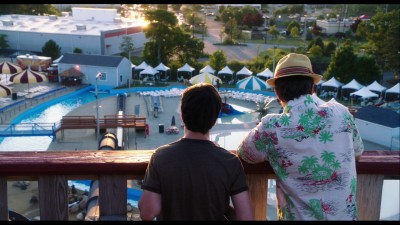 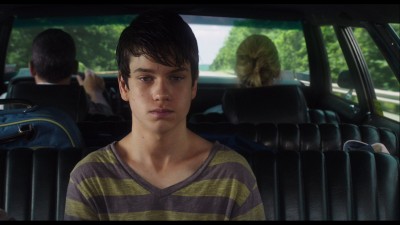 The Way, Way Back is easily one of the most surprising films I've seen all year. It's a strictly by-the-numbers coming-of-age story, but is one of the finest examples to have come from the genre in quite some time. It charms with both its cast and execution, and manages to manipulate our heartstrings with ease, as we range from tears of sadness to tears of joy, and everything between. I'm not saying it's a perfect film, but it does what it set out to do very well. If you're looking to watch something different than the big budget action extravaganzas we've been pelted with throughout the year in its entirety, this is the film I'd place at the top of my recommendation list. It certainly doesn't hurt the A/V presentation on this disc is true to the theatrical experience, but people who love supplemental features are going to be disappointed as there's not even a commentary. Highly Recommended.