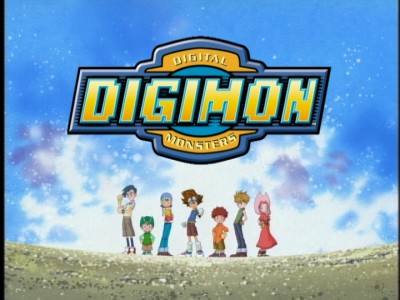 The second season is a bit of a mix-up compared to the first outing as it's without an entirely new group of characters thrown into the digi-mix. It's a nice combination of characters: it introduces some new characters to the proceedings with Davis, Yolei, Cody, and Ken and doesn't toss the old cast aside either. The writers found that there was adequate room for expanding upon the original main characters and to add some new ones into the mix that are also interesting.

While it appeared as though everything was going fine in the Digital World at the end of the first season, it's certainly a place that faces brand new challenges this season. The Digiworld now has an Emperor who is determined to rule it and eventually take over the world. Thus there is a new quest involving many returning characters from the original DigiDestined team but it also begins a new storyline that involves the new characters, who are to become appointed as DigiDestined. The stakes this time around are not for the fate of the Digital World alone - or in finding a way home. This time around the stakes are in saving the entire world.

Some fans felt the second year of the show was a major disappointment and yet there was also tremendous support from fans who felt everything about it built upon the first outing in an interesting and satisfactory way. The series does build, but in an unexpected direction. It dramatically shifts focus as it brings the natural world to the forefront. Characters can be transported back and forth between the two worlds this time, and the stakes involve both environments. 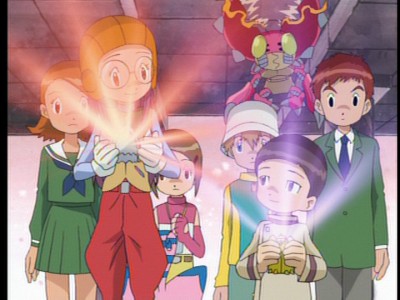 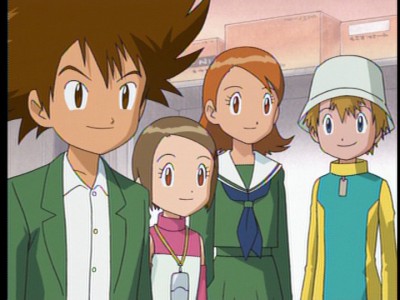 The season brings back the signature brand of humor at times but everything has a newly added coat of darkness that surrounds the intense plotlines, as the DigiDestined have to bring back peace to the DigiWorld and save Digimon from the new "Digimon Emperor" determined to make Digimon evil and to take over our natural world.

This volume contains only the beginning of the second season, which ends up being the conclusion to the original era of Digimon storytelling. The main characters and the new characters introduced in this volume get a chance to develop some more over the season, eventually these characters close out a series of storylines so that a new one can begin. In exploring these episodes, however, fans will find that the series is still in its early footing.

Digimon Vol. 4 expands the show by delving into the second season, which features great action-packed adventure, fun characters, stellar animation, and a well-told story. For fans of the original journey into the DigiWorld, returning to the saga of the DigiDestined is great entertainment and is worth the journey beyond being a nostalgia trip, with this volume set containing the first 21 episodes of  the second season (other-wise known as Digimon: Adventure 2). 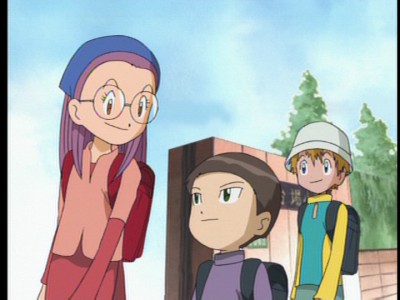 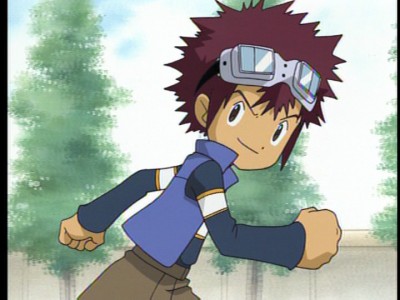 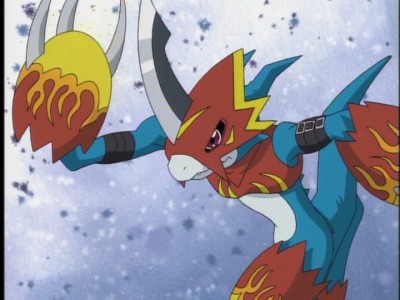 Whether or not fans will want the fourth volume release of Digimon is an interesting question: fans who already own the complete second season set or the complete seasons 1-4 collection won't gain anything from it (unless they must have everything Digimon related). Fans who already purchased the first three volumes of season one are encouraged to pick it up and to continue enjoying the Digimon universe within this volume, which amounts to being the introduction of season 2. If you can't afford to get all of the seasons or the 4 season set it definitely isn't a bad consideration to get the volumes.

However, I'm certain that some fans might prefer purchasing the stand-alone season sets or the four season set as you get more content all at once. The discs included within this volume are identical to the 3 discs within the full season 2 release. (You won't get the booklet from the complete season set release, though).

Ultimately, the disc content remains the same and you get Digimon on DVD. Just decide: complete season sets, complete set, or volumes? Pick the method that best fits your own collecting and any of these releases on DVD is worth merit for Digimon fans.

Digimon is one of the best children's anime series around and it's one of those rare series that won the hearts of children and has managed to stay as meaningful and well-made for that audience over the years since the original series concluded. Regardless of the way a fan ultimately decides to own the series on DVD it's certainly worth adding to a collection.