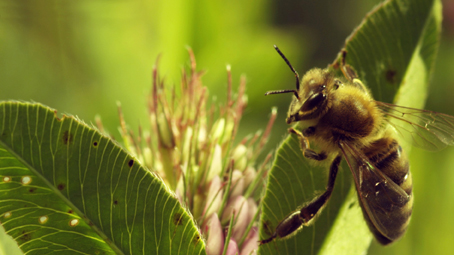 Markus Imhoof's 2012 documentary More Than Honey presents the humble bee as far more valuable than anyone realized. With powerful imagery and sobering facts, it justifies the dire warning from Albert Einstein printed on the Blu Ray box: "If bees were to disappear from the globe, mankind would have only four years left to live." Not a comfortable viewing experience by any means, More Than Honey ends up being a worthwhile watch - by demonstrating (in a straightforward, non-judgmental way) the devastating price we pay for getting convenient food to our table.

What inspired Imhoof's documentary was the troubling fact that, around the world, bee populations are dropping at an alarming rate. To find out why, Imhoof journeys across the globe to gain some insight on how bee colonies work, especially with human-caused elements (agriculture, climate change) intruding on their habitats. In the opening narration, Imhoof explains that his grandfather was a farmer who held a nurturing bond with local bee colonies to pollinate the crops he grew. It is with that wistful state of mind that he visits with a Swiss beekeeper who stewards a long-standing, traditional honey-making setup nestled in a verdant valley in the Alps. This is contrasted with a huge, modernized almond farm in rural California, where a hodgepodge of overworked bees trucked in from all over yields a massive amount of almonds and other crops.

Beyond functioning as mere nature documentary (although the many close-up shots of bees at work are breathtaking), More Than Honey is a powerful indictment on our exploitation of a species on the brink of disappearing forever. This is shown with a sojourn with two Austrian beekeepers who "harvest" queen bees by manipulating and accelerating the bees' breeding process. The ready-to-hatch queen bee pods are then placed in tiny boxes and shipped to farms all over the world. As weird and fascinating as it sounds, there is a steep cost for mechanizing a natural process like that. Further damage to the bees' delicate ecosystem is shown when their hives get transported in semi trucks for long, punishing hauls which leave them vulnerable to parasites and dehydration. Imhoof uses the testimonials of scientists to help explain what's happening, but the tangible proof that bees are being pushed to their limit comes through by simply running the camera and observing. It leads to some surprising segments, as well, such as observing a professional bee handler moving a colony of Africanized honeybees near the U.S./Mexico border in Arizona. Not quite the "killer bees" that our hysterical media paints them out to be, the buzzers are simply a stronger, hardier strain on what nature has already developed over a longer span of time.

With unflinching honesty, More Than Honey covers the painful, worldwide scope of the issue, even going to far-flung places where the bee population's extinction has forced farm hands to pollinate manually (in China). The hardest sequence to watch is the one where the California mega-farm extracts honey from their hives with a noisy machine that scrapes off the tops of the combs, resulting in a quease-inducing mixture of honey, bee corpses and trapped, dying bees. At this point, Imhoof observes that even vegetarian diets depend on animal husbandry to some extend. So, what's a concerned eater to do?

More Than Honey ought to satisfy for documentary lovers seeking a bracing, contemplative experience. Imhoof's gentle, vaguely foreboding narration calls to mind the films of Werner Herzog, although Herzog has never used techniques as stagy as Honey's close-up hive shots (even the "killer bees" hive is recreated in a German studio) and more-cheesy-than-they-intended passages where the camera follows bees in flight. If there was one nit to pick, it's that the film fails to properly delineate between various people and locales (at first I thought the Swiss man was a relative of Imhoof's, and that the Austrian women were somehow working on the Swiss Alps farm). Otherwise, it's an excellent watch. 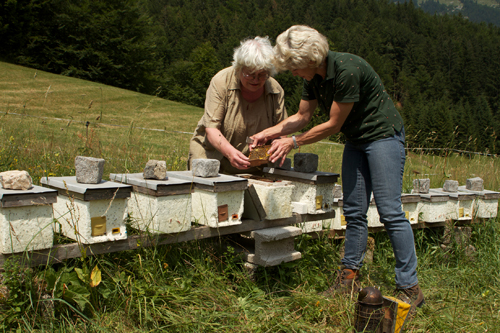 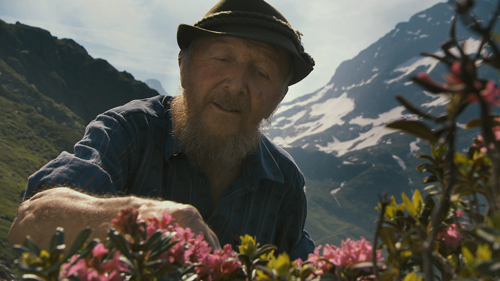 Beautifully photographed with top-notch digital equipment, More Than Honey's Blu Ray edition comes with a handsome looking and pretty much flawless 1.78:1 picture. Colors are supple and lifelike, darks deep and rich, lights sunny without being too overpowering. Particularly in the close-up scenes, details in the photography are nicely rendered with no noticeable compression effects.

The Dolby Digital soundtrack for the film is presented in an ordinary but pristine sounding DTS-HD Master Audio 5.1 mix that highlights the dialogue over subtle scoring and sound effects. The track is offered in a choice between the default original soundtrack with German-language narration by director Markus Imhoof, and an alternate with English narration by actor John Hurt (who is elegant and stately sounding, although not quite as apprehensive as Imhoof). Optional English subtitles are provided.

The disc contains a moderate amount of extras; nothing too special, but they do help explain a few details better. The 20-minute Markus Imhoof Interview has the director speaking about half the time, along with some redundant clips from the film. A little more than a half hour's worth of Deleted Scenes fill in some more context, along with brief making-of programs explaining the studio-bound trickery in the scenes Flight into the Beehive (1:59) and In the Mountain Cave (3:06). Trailers for the film's German and U.S. releases are included, along with an Image Gallery (8:32).

Throughout the 2012 documentary More Than Honey, common honeybees are seen getting doused with pesticides, angered, poked, prodded, shipped in boxes, infected, artificially bred, and mashed to death. The film contains tons of valuable information about how these humble creatures are the backbone of our planet's agriculture-based ecosystem, yet the main point here remains don't mess with the bees, man. Kino Lorber's Blu Ray edition provides a glossy setting for this tough, thought-provoking film. Recommended. 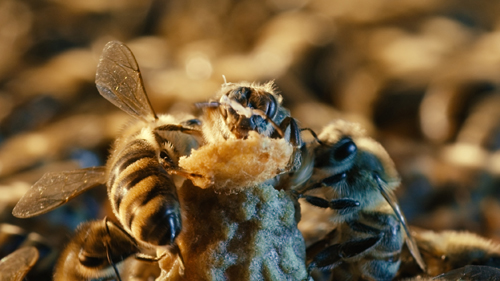