Bullet In The Face: The Complete Series 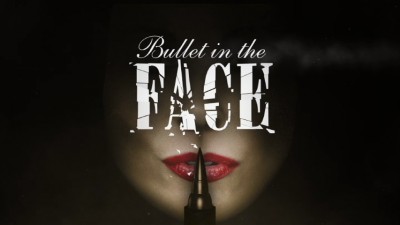 
The Show
I have an odd sense of humor. I've made my peace with that, and seek out comedies that speak to me, but they are few and far between. It's not that I don't enjoy mainstream comedy. I enjoy watching The Big Bang Theory. I'm an Anchorman fan. But the stuff that really makes me laugh is off-beat and unusual. Most of the time, my adoration is the kiss of death for a television series, as there is not a large Nielsen audience out there like me. Bullet in the Face however didn't need my seal of approval to head for an early grave, as I missed the entire run. I'm not a total slacker...the show's six episodes were oddly aired by IFC over two nights, three per evening, and seemingly never repeated (possibly in response to gun violence dominating the news.) Now, on DVD, there's the opportunity for the show to reach viewers who missed their earlier chance to become fans.

The show, developed by Sledge Hammer! creator Alan Spencer, is pure cult catnip. Sociopathic German hitman Gunter (Max Williams) is in the midst of a robbery when he kills a police officer, shortly before he is shot in the face. In a development limited to only the oddest of plots, Gunter's face is replaced with that of the dead police officer, as part of an attempt to get him to help the cops stop the gang war that holds Bruteville hostage. Of course, the cops, led by the angry, seductive Eva (Jessica Steen), get more than they can handle from Gunter, especially Hagerman (Neil Napier) who now sees the face of his former partner on the man who killed him. Unleashed upon a brutal city and seeking revenge on those looking to kill him, Gunter is a force of nature, as adept with a gun as he is with a ridiculous joke. 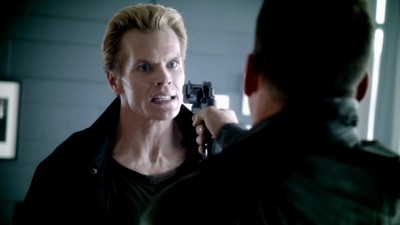 The story centers around the struggle for control over Bruteville, which pits smooth agoraphobic Tannhauser (the great Eddie Izzard) against gruff old-school gangster Racken (Eric Roberts.) These two men are tied to each other, and Gunter, via a woman (Kate Kelton) who is a mystery, as well as one of the finest femme fatales to hit the screen in quite some time. The mix of characters makes sure that no scene is lacking in interest, as Roberts is a natural for a heavy like Racken and Kelton is striking; a transfixing presence whenever she's on the screen. Izzard though is his usual fantastic self, popping off brilliant little improvised gags here and there, while still managing to be a threatening crime boss. As an Izzard fan, an entire series focusing on Tannhauser would have been preferable, but in small doses you get to really savor his magic (which is only enhanced by the accent he's rocking.)

As good as Izzard is, the show lives and dies with Williams as Gunter, and he is more than up to the task, bringing the manic energy and psychotic glee the part needs to serve as the series' core. Despite being an unapologetic murderer and unquestionably evil, his poorly-motivated actions and hilariously bad jokes (delivered in a laugh-guaranteeing lispy German accent) lead the audience to side with the anti-hero. In fact, the one respectable person in the show, Napier's Keanu Reeves-like take on the good cop, is played as comedic relief; his painful loss dismissed as weakness. In the world of Bullet in the Face nothing is as important as taking everything to the next level, with no time for subtlety.

This should be no surprise to anyone familiar with Spencer's signature series Sledge Hammer!. Working in sync with his crew, Spencer hits all the right notes here, crafting a cinematic experience that looks great and manages an excellent balance of comedy and action, with a healthy number of laugh-out-loud moments, thanks in large part to the wonderful dialogue. If anything doesn't work, it might be the ending, which can be construed as unsatisfying, because it leaves open the option of continuing the series, even if it was constructed to be an ending in its own right (you just have to pay attention to get it.) Admittedly, when the sixth episode ended, you certainly want more, but how many shows go out on top instead of petering out? 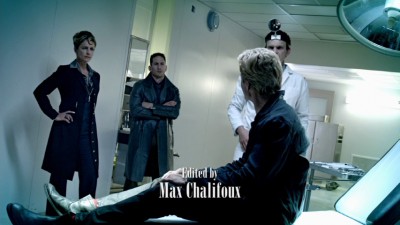 The DVD
The six episodes of Bullet in the Face are on one DVD, which are packed in a standard-width keepcase. The DVD features an animated, anamorphic widescreen menu with options to play all the episodes, select shows and adjust languages Audio options include English Dolby Digital 5.1 ans 2.0 tracks, though no subtitles or closed captioning is available.

The Quality
The anamorphic widescreen transfers on this series look quite nice, though the show's stylistic look, which is often smoky or dreamlike, can mask the quality. However, scenes in Izzard's character's stark monochromatic hide-out show off the level of fine detail the sharp transfer can achieve, while color is appropriate throughout. There are no obvious issues with compression artifacts or the other bugaboos, making for an enjoyable view.

The Dolby Digital 5.1 audio tracks do a fine job of delivering the show's audio, keeping the dialogue in the center channel, while enhancing the soundfield by pumping the score and some sound effects to the surrounds. There's some very nice channel placement in the music (especially the show's dramatic theme songs) an the effects effectively pump up the show, especially with the many explosions and gunfights, which sound deep and rich thanks to the audio presentation.

The Extras
Each episode of Bullet in the Face has an audio commentary from Spencer, and as one would expect from the creator of Sledge Hammer!, he's got plenty to say. What's great is he doesn't limit himself to the show at hand, though there's plenty of detail there, he also talks about The Facts of Life, does an imitation of his late friend Andy Kaufman and discusses what it's like to deal with basic cable executives, versus his experiences with network executives (not to mention offering some interesting info about The Daily Show's Senior Black Correspondent, Patrick McGoohan's influence and thoughts on the changing world of television distribution.) There's even a sandwich break! 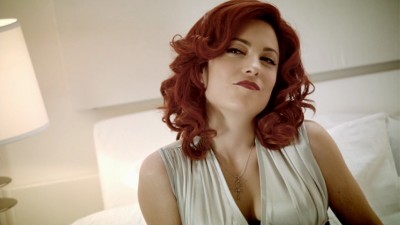 The Bottom Line
Shoved into the world with little fanfare due to controversy about the violent content, Bullet in the Face wasn't given much of a chance to find its fans. Perhaps now, over a year later, with a home-video release, this hilariously dark series will reach the audience it should have claimed. That the DVDs look and sound good and let you spend a few hours hearing from Spencer gives you even more reason to give it a look, especially at the price Shout! Factory is charging. If you're a Sledge Hammer! fan, you should have already ordered this one.