Is the Man Who is Tall Happy? 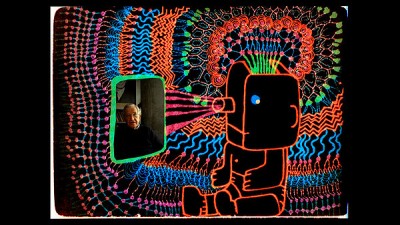 It's rare that a movie is both entertaining and humbling at the same time, but if you're smart enough to watch Michel Gondry's Is the Man Who is Tall Happy? and not wish you had a brain big enough to comprehend it all, then you are probably the documentary's main subject, Noam Chomsky.

Is the Man Who is Tall Happy? is basically like an animated version of My Dinner with Andre. Eclectic director Gondry (The Science of Sleep, The Green Hornet) sat down with noted scholar, philosopher, and theorist Chomsky for a series of interviews that the French filmmaker distilled into digestible chunks, fashioning a conversational throughline. Gondry then animated the entire thing by hand, using the charming DIY style that fans of his commercials and music videos ought to recognize quite well. The notion is that the visuals will add spark to the lecture, which at times can be quite dense in terms of the ideas being communicated. This fits to also give practical life to some of the philosophical notions the pair discusses. A running theme of the discourse is how language and creativity are linked, and how we as humans process information using a variety of cues. Words link to images to form our concept of a person, place, or thing. 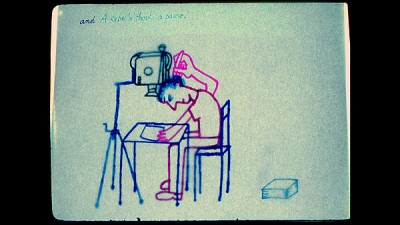 Within this heady miasma, Gondry is interested in getting to know Chomsky the man, as well. He asks the author about his early life, and Chomsky shares the occasional anecdote from his own travels. (He is currently in his mid 80s.) Talk even turns to mortality and what happens after we die. Yeah, pretty weighty stuff. Gondry ties it back to the core concept, however: Chomsky's own development as an intellectual presence illuminates the potential evolution of the individual thinker within the hivemind. It also leads to the film's most perplexing question: how do we relate to our own selves and communicate who we are without tripping over our own perceptions.

Or something like that. Is the Man Who is Tall Happy? is a lot to digest and probably requires more than a single cursory screening. Gondry does a nice job of keeping the viewer orientated, often breaking off to provide his own commentary on the proceedings, sharing his own struggles with understanding everything Chomsky is relaying. The animation process, as it turns out, is providing the director with the same gateway into comprehension as the rest of us.

In a weird way, Is the Man Who is Tall Happy? makes ideas fun, like the most pretentious episode of Sesame Street of all time. 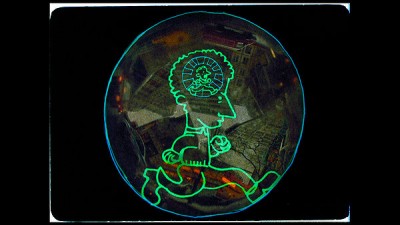