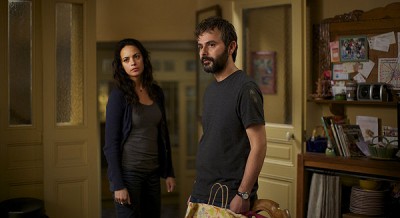 One of the best film's of 2011 was Asghar Farhadi's A Separation, a complicated and emotionally turbulent drama about all the circumstances surrounding a crumbling marriage in Iran. In addition to the genuinely felt interpersonal dynamics, Farhadi used the labyrinthine Iranian legal system and the types of grievances it allows to craft a story full of secrets and lies, challenging the audience's perceptions and sympathies. It was often hard to know whom to believe.

The director pulls a similar trick in his new film, The Past, which plays like a long line of dominoes tumbling toward an unseen denouement. Each scene bangs into the other, exposing another hidden truth, altering the shape of all that came before.

Farhadi has now relocated to France. The film opens in an airport, playing wordlessly as two people attempt to communicate through a glass partition. Ahmad (Ali Mossafa) is returning to France from his native Iran after four years to get a divorce from his estranged wife Marie (Bérénice Bejo, The Artist). They are at once familiar and separated, close enough to understand the basic communication that passes between them, but with something fundamentally, irrevocably keeping them apart.

Marie has two daughters from a previous union, both of whom see Ahmad as a father figure at least as much, if not more, than their own dad. Young Léa (Jeanne Jestin) is still, for the most part, blissfully outside of the adult problems that burden her family, but sixteen-year-old Lucie (Pauline Burlet, who played the younger Edith Piaf in La vie en rose) is heading toward adulthood herself, and she's not happy with her mother's new boyfriend. Samir (Tahar Rahim, A Prophet) owns a dry-cleaning business and has a son closer to Léa's age, Foaud (Elyes Aguis). The young boy is immediately put out of sorts by his father's rival, sensing trouble brewing in a way only a child can. Foaud's life has already been full of more tumultuous upheavals than one kid should have to experience: his mother has been in a coma following a suicide attempt nearly a year prior. 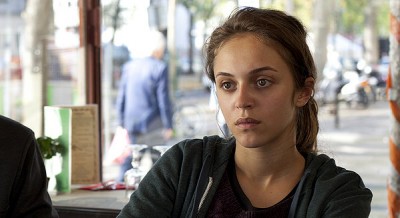 This backstory sets the stage for the lengthy dance to follow. The participants will circle one another, rooting out concealed motivations and airing petty jealousies. Samir will wonder if there is still anything between Marie and Ahmad, while Marie asks Ahmad to find out why Lucie is acting up. As audience members, we will be given cause to wonder why Ahmad left and returned to Iran in the first place, and also grapple with whom we should pledge our allegiance to. Marie seems so put-upon at first, but she also has a quick temper and can be manipulative. Ahmad comes off as reasonable, but he can also be petty and preachy. Lucie's perceptions of Samir hold a lot of sway, he seems a bit off right from the start. Everyone is put in a difficult position, but how they deal with the arising problems will make all the difference.

Farhadi takes his time with the story, letting conversations run naturally and never hurrying a scene along to get to a resolution before it's time. His cast is remarkable, inhabiting their individual spaces with confidence and complexity. These are roles that are above distinctions of "good" or "bad." The characters live and breathe by their choices, most of which tend to skew toward self-preservation. The actual narrative of The Past grows more tangled the more we learn. There is more to each individual history than anyone knows. This can feel a bit strained at times. Farhadi's technique tends to show. He likes scenes that seemingly end with a character walking away from something, only for him or her to change their mind, turn around, and go back to confront whatever it was they attempted to leave. Sometimes you might find yourself wishing they'd just go and be done with it.

Yet, the upside of this method is that it's never easy to guess where The Past is heading, nor do you really see the end coming. Not that the final scenes necessarily hold a shocking revelation, it's more that the structure of the piece doesn't lend itself to an easy wrap-up. There are multiple stopping points Farhadi could take and chooses to ignore. It's like watching an interpersonal relay race, with each sprint taking us once more around the track, we just don't yet know where the finish line is.

By the time the marathon is over, you may find yourself as exhausted as the people running it, but the effort is worth it. The Past is a rich, textured drama, one that raises a lot of issues about how people treat one another. Asghar Farhadi may ask for a lot, but he gives plenty for his audience to take with them in return. 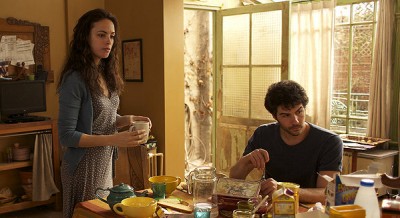