Truth About Emanuel, The 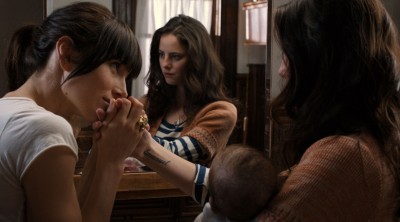 A young girl who never knew her mother and a young mother who lost her infant daughter bond in ways that may or may not be healthy in the strange psychological drama The Truth About Emanuel.

Kadya Scodelario, so good last year in Andrea Arnold's Wuthering Heights, continues to impress as the troubled Emanuel, a girl subject to dark humors and sardonic quips. Though her father (Albert Molina, An Education) has recently remarried, Emanuel won't let her new stepmother (Frances O'Connor, Jayne Mansfield's Car) step into a true parental role. Emanuel carries the guilt of her mother having died while giving birth to her, and she has created an isolated world for herself. She is prone to bouts of depression and aimlessness.

This changes when Linda (Jessica Biel, Hitchcock) and her baby move in next door. Despite the very obvious warning sign that the single mother has movers loading her belongings into the house in the middle of the night, or perhaps because of it, Emanuel befriends Linda and becomes her household helper and babysitter. At first things seem relatively normal, but then Emanuel sees that Linda's baby isn't a baby at all but a lifelike doll that the disturbed woman has convinced herself is real. Hoping to maintain the emotional connection with Linda, Emanuel goes along with the delusion, and even starts to indulge in it herself.

The Truth About Emanuel is the second feature of writer/director Francesca Gregorini (Tanner Hall). There is a lot of dramatic material to be explored here. The two women end up being stand-ins for the people they are missing. Emanuel becomes Linda's child, and Linda becomes her mother, and Emanuel also kind of becomes a mother to her baby and, without realizing it, Linda herself. The two actresses are very good together, forming a strong onscreen rapport. Scodelario manages to fuse her character's cynicism with a kind of wide-eyed innocence, always watching and absorbing. For her part, Biel turns inward, working the role very simply, just hinting at Linda's lack of balance in ways that are far more effective than if she went full-on Shining.

The whole film has an aura of coldness around it. Despite the hackneyed nature of Emanuel's drowning visions, they go well with Polly Morgan's chilly photography. The cinematographer casts everything in dark hues, giving the film a deep blue color scheme that expresses the psychological distance these women feel in relation to the rest of the world. They are both frozen in time, afraid to move on. While there is solace waiting for them, some of the path to the finale feels confused. Following the horror movie set-up of Linda's midnight arrival, The Truth About Emanuel is never as unsettling as Gregorini's script sometimes leads us to think it will become. It feels like the director is toying with her audience, making us think there is danger around the corner, only for it to never arrive. Instead, we get the emotional red herring of an inappropriate attraction between Emanuel and Linda. Is the teenager looking for a mother's touch, or that of a lover? It's a question the film lobs at us, but it never answers to any satisfaction.

Which ends up being a big problem. The movie's finale has some strong, effective imagery, but how the women come out of their predicament doesn't feel like it's been wholly earned. It's almost as if all those unnecessary elements have replaced the required stepping stones to get these two troubled people where it is they want to go. 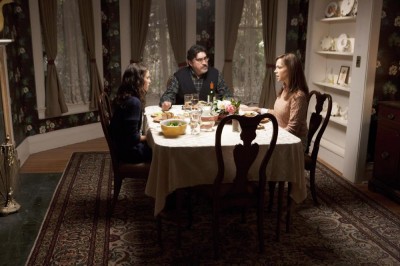 Video:
The 2.35:1 transfer for The Truth About Emanuel shows the film at a crisp 1080p, with excellent resolution and naturalistic colors. Detail is strong, with a nice rendering of skin tones and fabrics allowing for an essential realism when it comes to the one-on-one scenes between the lead actresses. Sunny sequences away from the dark house also contrast nicely with the depressed interiors.

Sound:
A nicely done 5.1 DTS-HD master audio mix creates the appropriate level of atmosphere, allowing for smaller aural details to come through while maintaining clarity. There is no distortion when played at high volume, and no evident glitches. Sound effects, like the baby's breathing or the imagined flood waters, work their way through the speakers nicely, building to the desired impact.

Extras:
Some cursory extras round out the package. There is a short interview with the director, as well as minor deleted scenes and a brief outtake reel.

You also get the theatrical trailer.

FINAL THOUGHTS:
Recommended. Though lacking what often feels like essential components for the psychologically rocky narrative to completely hold together, Francesca Gregorini's The Truth About Emanuel is at times captivating and consistently beautiful to watch. Kadya Scodelario and Jessica Biel deliver wonderful performances of two women dealing with loss in their own way, creating a convincing rapport that the script never fully capitalizes on. Still, there is some catharsis to be had in the climax, even if it doesn't feel like we've traveled the required distance to get there. 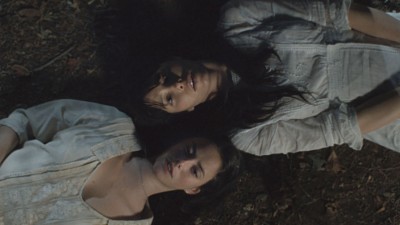