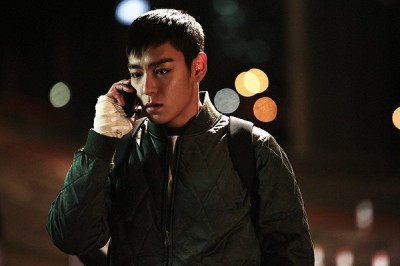 Korean rap star Choi Seung-hyun, a.k.a. T.O.P., stars in the action thriller Commitment as Myung-hoon, a North Korean teenager pulled into the secret service as trade for keeping his young sister alive. Myung-hoon's father was a sleeper agent in South Korea who was branded a traitor after a mishap got him killed on the other side of the border, and so the son is forced to follow in his dad's footsteps. The newly trained spy is sent to the southern nation posing as a defector. He is taken in by a foster family of other undercover agents and attends high school like any other normal exchange student.

Timing is everything, however, and Myung-hoo has joined the service just in time to be tasked with attacking a rogue agent who is eliminating foreign sleeper cells. Bodies fall as Myung-hoo works the complex network of spies to find out who the bad guy is. In the meantime, Myung-hoo falls for Hye-in (Kim Yoo-jeong), a girl at his school who dreams of being a dancer. She is bullied by the other students, just as Myung-hoo is at first, but the bullies can only push the boy so far. Romance blossoms, and Hye-in will be there for Myung-hoo as things go wrong. He may complete his mission, but the aftermath is not something the rookie is prepared for.

Commitment is the work of first-time director Park Hong-soo. While it may cynically be little more than a vehicle to let T.O.P. practice his icy stare, the film is actually a solid shoot-'em-up. The plot delivers no real surprises, particularly for anyone who has consumed a healthy diet of similar action movies from the 1980s, but Park and writer Kim Soo-young pick and choose the right elements. The script is free of filler, sticking to the program and not getting too fancy with it.

That said, there are a few clever moments, particularly in how the other secret agents get Myung-hoo what he needs and how he gets out of some of the jams. The fight choreography is excellent, and T.O.P. is an impressive lead. He is stoic and reserved in ways that don't seem forced, allowing him to be a believable badass when it counts. The direction is slick, and the photography by Kim Ki-Tae has a nice neon sheen.

The sum of these parts is a decent crime movie for those who maybe miss the old days of Hong Kong fisticuffs. It's quality B cinema, servicing genre fans who want clean gunplay with a minimum of fuss. 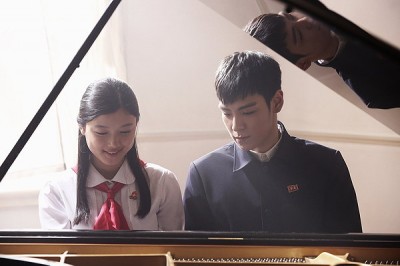 Video:
WellGo does an excellent job with the widescreen high-definition transfer of Commitment. The cinematography has a sleek modern look without any of the digital boogeymen that often plague current releases. Resolution is sharp, colors are fine tuned, and the blacks look excellent.

Sound:
The original Korean soundtrack is given a 5.1 surround sound makeover in DTS-HD Master Audio. There is lots of oomph in the audio, including effective sound effects and a good balance between the dialogue and the music. A more standard stereo mix is also offered.

Extras:
A short behind-the-scenes featurette (10 minutes), as well as a trailer for Commitment and previews of other films from the distributor.

FINAL THOUGHTS:
Recommended. The South Korean action picture Commitment offers a solid helping of martial arts, gunplay, and a little romance. Rap star T.O.P. takes the lead as a North Korean youth sent to South Korea as an undercover spy. Naturally, true connections and double-crosses emerge, challenging the secret agent to do the right thing. T.O.P. makes for a strong lead, and though the story is nothing new, the fight scenes are really good, delivering dependable thrills for action fans on the hunt for some broken bones and crushed skulls. 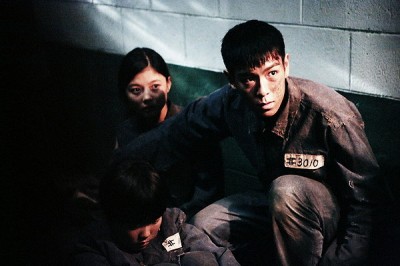