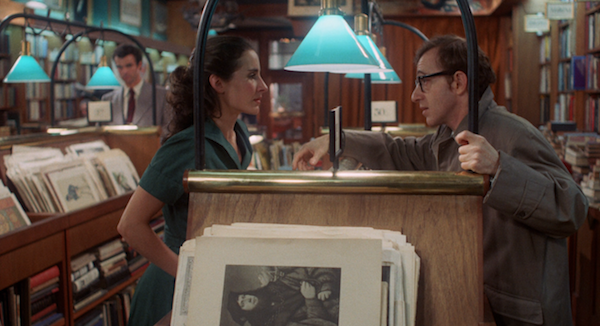 The Front is a largely forgotten masterpiece. Released in 1976, one year before Annie Hall, the film gave Woody Allen his first non-wacky film role. With Allen and costar Zero Mostel in the cast, audiences were expecting a laugh riot. What they got instead is a somewhat dark, somewhat dry dramedy about the Hollywood (well, New York, in this case) blacklist. The film garnered an Academy Award nomination for the screenplay by Walter Bernstein (Fail-Safe), but it was not a financial success.

Director Martin Ritt (The Spy Who Came In From The Cold) opens the film with a montage of black-and-white newsreel footage from the late '40s and early '50s, set to Frank Sinatra's "Young at Heart." It not only eases us into the world of the film, but makes a bitterly ironic commentary on the "good old days." Kitschy shots of beauty pageants appear with footage of protesters seeking to free alleged spies Ethel and Julius Rosenberg. The most pointed clip shows Senator Joseph McCarthy, who infamously sought out American Communists and symapthizers, in tandem with the House Un-American Activities Committee. The careers of dozens of entertainers were ruined after they had been called up to testify in front of HUAC and failed to name names. The choice of the clip feels ironic because it shows McCarthy getting married, looking like a perfectly ordinary fella happily living out the American Dream. But, of course, the American Dream had a cost.

The set-up of The Front is fairly simple. Blacklisted writer Alfred Miller (the perpetually watchable Michael Murphy) comes to his buddy Howard Prince (Allen) and asks him to put his name on Miller's TV scripts for a ten percent cut of the paycheck. Now, Howard isn't political. He's a small-potatoes bookmaker always in need of more dough, so he agrees. It doesn't take long before Howard is the most popular writer in live television. He's eclectic, too, considering that soon Howard starts fronting for two other blacklisted writers as well.

One memorable scene has Howard sitting at lunch with his three writers, discussing how he refuses to turn in one of their scripts. "It's thin, fellas," he says, recommending a rewrite. "I can't hand in anything. My name's going on that script."

Ritt and Bernstein -- who had both been blacklisted -- took some flack for making a comedy about an all-around tragic subject, but the detractors have oversimplified things. Taking many details from real life, this story has considerable dramatic heft. As the story unfolds, Howard is forced to decide whether he wants to be someone who serves himself, while incidentally doing something good, or if he wants to be someone who follows his conscience and potentially stands up against injustice. When a story editor with whom Howard has fallen in love, Florence (Andrea Marcovicci), quits her job over actor Hecky Brown (Mostel) being fired as a suspected sympathizer, Howard thinks Florence has made a foolish mistake. Later, when he sees first-hand how Hecky's life completely falls apart after blacklisting, he starts to see what is actually at stake.

While The Front is not a flashy movie, its script and performances are unparalleled. Both Woody Allen and Zero Mostel not only deliver on their established comic personas, but pull off the serious stuff brilliantly as well. Mostel, who was also blacklisted, is heartbreaking as the disgraced Hecky, and Allen's reaction to Hecky's downward trajectory is nicely underplayed, climaxing eventually in the best use of the F-bomb in a PG-rated movie. Meanwhile, Remak Ramsay plays a consultant to the networks who decides the fate of the suspected subversives. He is one of the all-time great villains, acting like a modern-day Spanish Inquisitor, who seeks confessions and supplication and doesn't necessarily let the accused keep their jobs once they confess or name names. Ramsay plays him with a perfectly menacing combination of suppressed sadism and pseudo-respectability.

The Front deals with one of the darkest chapters in the history of the modern entertainment business, retold with a realistic blend of outrage and humor. The efforts of writer Bernstein and director Ritt (who previously worked together on the also unfairly forgotten film The Molly Maguires), plus the pitch-perfect cast, combine to make a well-crafted, moving little film. Now is as good a time as any for this buried gem to resurface. 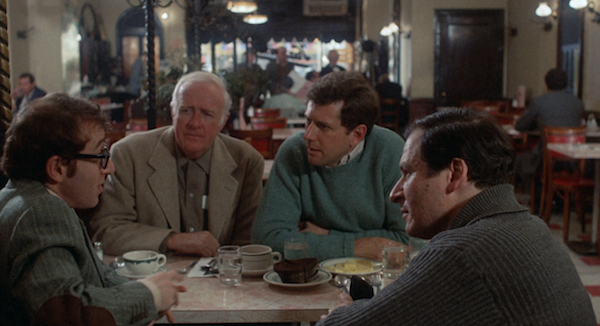 The Blu-ray
As with all of Twilight Time's BD releases, this is available only in a limited run of 3000 discs. It comes with a little booklet featuring an essay by Julie Kirgo.

The Video:
While the cinematography by Michael Chapman (Taxi Driver) and the production design by Charles Bailey (Dog Day Afternoon) have a somewhat grubby, typically New York '70s style, this is a extremely clean AVC-encoded 1080p 1.85:1 transfer. The picture has a good amount of film grain and can go soft in places, yet that all seems true to the original footage. I noticed no ugly compression or banding. The level of detail and overall clarity is spot-on.

The Audio:
The sound comes as DTS-HD MA mono, meaning they didn't attempt any kind of multi-channel remix. But that's fine. The movie is talky and sounds great this way. The track seems well-preserved, and it hasn't been screwed-up during the digital transfer. There are also English SDH. 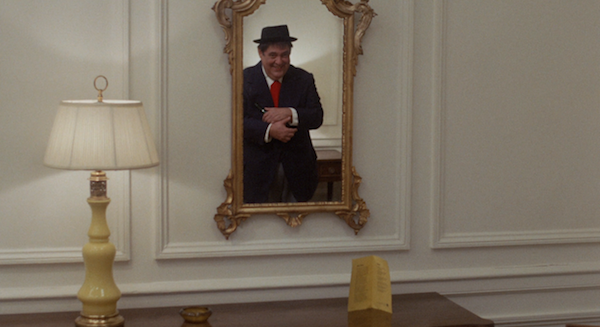