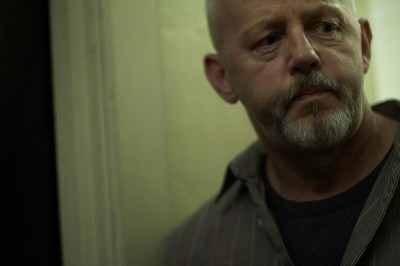 Noted character actor David Morse (Treme) takes center-stage in the psychological police drama McCanick. The performer plays the title role, an aging detective with a lot of baggage trailing behind him. On his 59th birthday, Mack is preparing to reconcile with his estranged son and otherwise feeling generally positive about going forward. You'd think cops would figure out by now that this kind of optimism is always a recipe for disaster.

One of the major past misdeeds that haunts Mack is his framing of a young street hustler for a murder he did not commit. Simon (Glee's Cory Monteith in his final film role) was originally acting as an informant for Mack, but something happened to make the homicide detective turn on him. Exactly what that was is really McCanick's central mystery, revealed slowly through a series of flashbacks. When Mack's chief (Ciaran Hinds, The Woman in Black) informs him that Simon has been recently paroled, Mack swears he will stay away from the convict. Then he swears he's only going to go and check in on him. An impromptu shoot-out with a bad guy living in the same building as Simon leaves Mack's partner (Mike Vogel, Under the Dome) wounded, and Mack in a tough situation. He's the one who shot the other cop, though by accident. A quick lie puts the shooting on Simon, and Mack has to make this new frame-up a reality before it's found out.

McCanick is written by Daniel Noah (Max Rose) and directed by Josh C. Waller (Raze). It tells its story in compressed time. This is one long day for Mack. A shooting in the morning, and the rest of the day to bungle things further. The narrative starts out pretty strong, with Mack being shown as complex and well-meaning, but also slightly unhinged. Morse is excellent at the soulful moments, but also extremely compelling playing the violent bully. Mack charges through the scenery as if he owns the world, an attitude that is only going to crumble as the movie wears on.

Unfortunately, wear on it does. Noah loses the plot somewhere in the middle. Mack's prolonged chase of the wounded Simon runs out of air about as quickly as the old cop, and yet neither he nor his writer are smart enough to pack it in. When the big reveal does happen and we see the night that Mack turned against the kid, the revelation isn't surprising and it's far from impressive. Likewise the simplistic psychology for the resolution between them. Perhaps the sentiment is believable, but the writing is terrible. Simon's motivations, in particular, make no sense. His response for why he didn't fight against Mack selling him down the river? "It wasn't you fault." Say what?!

Even so, Morse gives such a strong performance, it's easy to keep watching, even as the script dwindles. He has a good rapport with both Hinds and Monteith, who takes a sensitive turn as the troubled street kid. The movie also looks really good. Martin Ahlgren's gritty photography gives McCanick a street-level authenticity that helps compensate for the meandering final third. 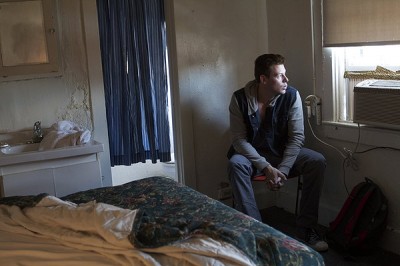 Video:
The digital photography looks fantastic in high-definition on WellGo's excellent McCanick Blu-ray. Shown in 1080p at a widescreen aspect ratio, colors are rich and detail abundant. The Philadelphia locations look appropriately rundown in the crisp sunlight. Interiors contrast nicely with exteriors, and though there aren't a lot of dark scenes, the shadows look good when they do appear.

Sound:
The original soundtrack has been mixed in 5.1 and the clarity is fantastic. Multi-speaker interplay lends the film a lot of atmosphere, and music and sound effects have a nice zing. The track is DTS-HD Master Audio.

Extras:
Not a lot of extras. The obligatory trailer sits alongside a 10-minute behind-the-scenes featurette and just over 15 minutes of deleted and extended scenes.

FINAL THOUGHTS:
Rent It. A solid premise gives way to wobbly psychology in McCanick, a police story that ends up being carried on the shoulders of its considerable lead performer. David Morse is one of "those guys," a face you know you recognize even if you don't always know why. He is outstanding here, working the material for everything he can, managing to be both sympathetic and repulsive. He makes it work, even as the script falls apart under his feet. 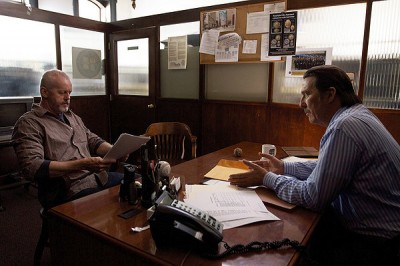